Honda Isn’t Giving up on Hydrogen, but EVs Remain Distant 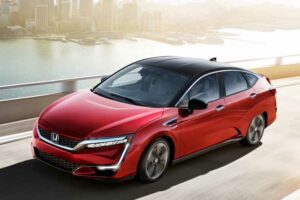 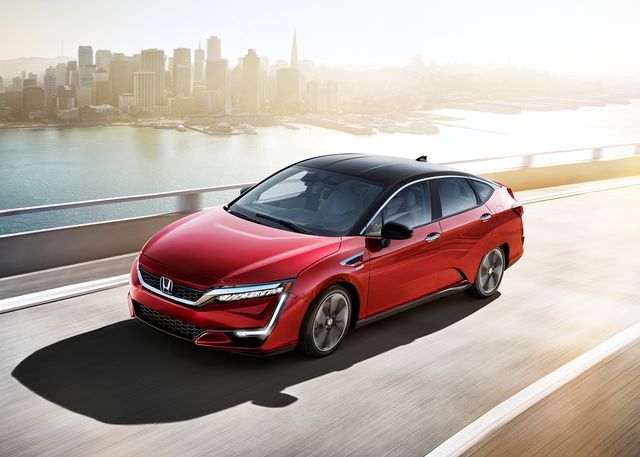 Last week news broke that Honda would end production of the Clarity hydrogen fuel cell sedan, which had been on sale in parts of California, in addition to a few other regional markets where hydrogen stations could be found.

The decision was reportedly made due to slow sales—hardly a thunderbolt of a revelation in regards to the Clarity FCV—with Honda also reportedly making plans to end production of the Honda Legend sedan, which we had stateside as the Acura RLX that had been nearing the end of its product cycle, and the Odyssey minivan produced in Japan. Formally, the decision was tied to closing the Honda plant in Sayama, Japan, though the stateside Odyssey is produced in Alabama and will remain in production.

“The U.S. bid farewell to the Acura RLX last year but apparently love for big luxury sedans may also be fading overseas with Honda blooming the Legend from its home market too,” Robby DeGraff, Industry Analyst at AutoPacific told Autoweek. “What’s the most interesting about this move is that the Legend is the launch product for Honda’s industry-first Level 3 ADAS suite, Honda Sensing Elite, that allows the vehicle to initiate safe lane changes (on marked interstate) entirely on its own without any driver intervention whatsoever. I’d expect we’ll see Honda Sensing Elite eventually offered here in the states on nameplates like the MDX, Pilot, TLX, and hopefully even top trims of the Accord.”

The biggest (but perhaps least surprising) piece of news arguably concerned plans to drop the Clarity FCV just as Honda had begun to prepare for new EV models, while discontinuing the foreign-market Legend was perhaps assured given the lack of appetite for large sedans in many crucial markets at the moment.

Given these developments, it’s easy to get the impression that Honda had staked the wrong technology and also managed to underperform when it came to the right technology.

The reality is a little more complicated as Japanese, Korean and German automakers are still making plans to field new hydrogen fuel cell models at the moment.

“It’s important to note though that Honda’s aspirations for a future filled with fuel cell technology and electrics hasn’t been halted with the axing of the Clarity pair,” DeGraff added. “The automaker is still boldly yearning for all new vehicle sales to be either FCV or BEVs by 2040, a feat that’ll be made perhaps a lot more achievable thanks to their partnership with GM for two EVs and the continued development of fuel cell stacks.”

Even though Honda isn’t dropping plans for hydrogen fuel cell vehicles in the coming years, but it’s not lost on industry observers that Honda’s battery-electric vehicles are still a few years away, even as the automaker plans for 40% of its stateside lineup to be electric or hydrogen by the year 2030.

However, we’ll still have to wait a while to see a Honda EV on the market: the automaker has partnered with GM to offer two crossovers starting in 2024—one with a Honda badge and one with an Acura badge—and both are expected to be on the larger side.

As for Honda’s own planned platform, dubbed e:Architecture, it actually won’t arrive until the second half of the decade. That’s quite distant in the future even compared to rivals like Toyota, which will field its first mass-market EVs later this year after having sat out the early years of EV sales. And that’s also quite some time in the future compared to another rival, Nissan, which had fielded the Leaf a decade ago and will launch the Ariya crossover later this year, ahead of other models.

Looking at these timelines, perhaps it’s safe to say that Honda intends to retain a non-leader but rather follower status when it comes to EVs in the coming years, despite having fielded one for a short period of time in the U.S., making it something of a late adopter.

Of course, Honda knows which side of its bread is buttered, and has to account for a variety of global markets when it comes to its passenger car offerings.

“For years the Clarity PHEV has been overshadowed by the success of the Accord Hybrid, the CR-V Hybrid, and even the Insight…which sold nearly six times as many units as the Clarity last month!” DeGraff points out.

Still, it’s difficult to look at the Clarity FCV and EV and not feel that Honda could have had a true Tesla Model 3 competitor in the same timeframe, with a comparable range and price, but simply did not or could not field one. Perhaps this will be viewed as a missed opportunity by Honda in the coming years, given the resources that were devoted to very modest FCV sales.

Perhaps it’s still too soon to draw conclusions about Honda’s hydrogen FCV experiments, but something also has to change before FCVs can begin to become appealing compared to battery-electric models, and it has to do with infrastructure.

“While a promising substitute fuel that’s clean and abundant, consumers just aren’t 100 percent ready for hydrogen,” DeGraff added. “The industry hasn’t nailed down an at-home refueling stations and the availability of FCVs, the Clarity included, was rather restricted to only a few corners of the U.S. Even with its new-age styling and attractive leasing deals that promised free hydrogen fuel for xyz years, the Clarity FCV couldn’t find the owners.”

Should Honda have focused on an EV model much earlier? Let us know in the comments below.