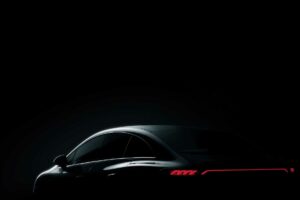 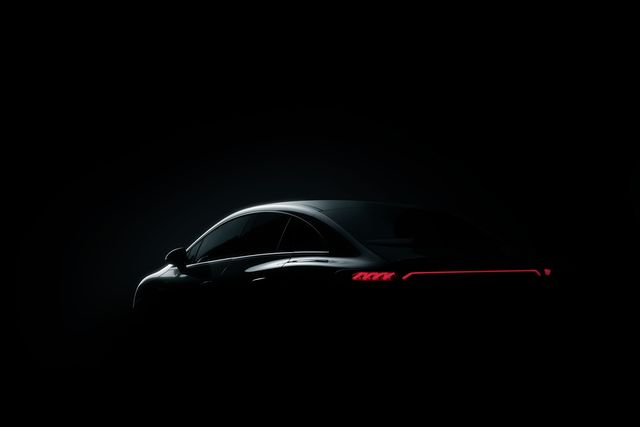 Mercedes-Benz has released a couple of teaser images of its upcoming EQE, an electric version of its midsize E-Class. The plan is to unveil the car at the IAA show in Munich September 6. The EQE is scheduled to go on sale next year.

The EQE rides on Benz’s EVA platform, an EV unit that also underpins the electric S-Class, the EQS, and is slated to serve as a platform for all of Mercedes’ medium to large passenger cars. The EQE will face off against BMW’s upcoming EV version of the 5-Series, as well as the Audi A6 e-tron.

The EQE will be built at plants in Bremen, Germany, and Beijing. 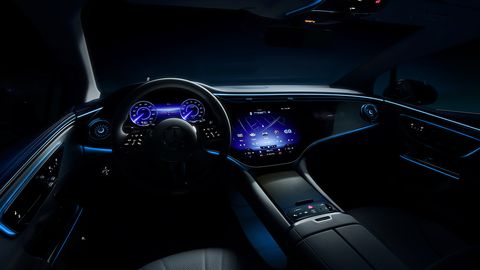 Mercedes said it plans to debut eight new vehicles at the IAA show, and five of those are EVs. It will also show a performance hybrid. The EVs include debuting Mercedes-AMG’s first battery-electric sedan as well as a Maybach EV.

Mercedes said the EQE shows “how sporty and comfortable an electric business saloon can be. The car combines dynamic performance and handling with relaxed travel—and sets the new benchmark in its class. The same applies to its generous interior space, while the one-bow bodyshell design gives the EQE an athletic physique.

“The first battery-electric luxury saloon from Mercedes-AMG is the brand’s clear commitment to fuse fully electric models with characteristic AMG DNA,” the company said. “This applies not only to its performance figures, but more especially to its involving and emotional handling. The concept vehicle from Mercedes-Maybach conveys a first, precise impression of how the 100-year tradition of ultimate automotive luxury can be carried forward into a new era.”

Last week the automaker rolled out its electrification strategy, saying it plans to go all electric by the end of the decade. Mercedes said it plans to ramp up EV research and development, investing more than $47 billion between 2022 and 2030.

The company also said it plans to build its own batteries and is also planning for the next generation of batteries that could use silicon-carbon composites in the anode to increase energy density, cutting charging times, and improving range. Speaking of range, next year Mercedes plans to reveal the Vision EQXX concept with a range of more than 620 miles. Mercedes has tapped into engineers from its Formula 1 High Performance Powertrain division (HPP) to work on the project.

Go here to see everything Mercedes announced last week about its EV strategy.

What do you think of the EQE teaser shots? Let us know in the comments.