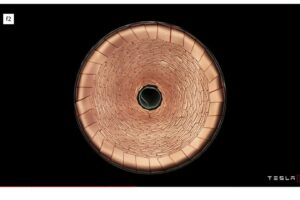 Tesla’s new process that claims it can save up to 92 percent of the elements that make up a battery pack.

One of the biggest problems that we may face in the not too distant future is having to safely dispose of depleted electric vehicle battery packs. But the doomsday scenario that many are getting alarmed over may never actually unfold if recycling is as efficient as Tesla’s new process that is claimed to save up to 92 percent of the elements that make up a battery pack.

The recycling solution has been in the works for at least two years, or at least mid-April 2019 was the first time we heard them mention it publicly; it may very well have been (and probably had been) in the works for longer. Back then, Tesla called it a unique battery recycling solution that would yield significant savings in the long term, but it didn’t say any more.

The manufacturer recently pointed out that 100 percent of the batteries it scraps are recycled and nothing ends up in a landfill. It has been setting up internal structures within the company to gather and recycle old battery packs for years and it believes that the companies that made the packs should also recycle them, arguing this is more efficient than having third parties do it.

Tesla points out that through the use of this new process, it managed to recycle 1,300 of nickel, 400 tons of copper and 80 tons of cobalt last year alone. This means the manufacturer now essentially produces some of the materials it needs, thus reducing the need to mine.

The automaker explains that

While Tesla has worked for years with third-party battery recyclers to ensure our batteries do not end up in a landfill, we understand the importance of also building recycling capacity in-house to supplement these relationships. Onsite recycling brings us one step closer to closing the loop on materials generation, allowing for raw material transfer straight to our nickel and cobalt suppliers. The facility knocks the cycle of innovation for battery recycling at scale, allowing Tesla to rapidly improve current designs through operational learnings and to perform process testing of R&D products.

It’s worth noting that even though there are aging Teslas on the road that are now nearly a decade old, the company doesn’t actually recycle the batteries from too many consumer cars yet. Sure, some older packs are swapped out by Tesla and then recycled, but the vast majority of what it currently recycles comes from its own research and testing programs.