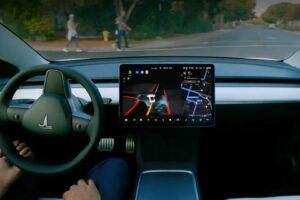 An update to Tesla’s Full Self-Driving Beta that would allow users to turn off hands-on-wheel alerts was announced by Elon Musk in a tweet from last week, and some say it will be a welcome addition, but the feds seem to have a different opinion.

According to Autoblog, the National Highway Traffic Safety Administration (NHTSA) says it asked Elon Musk, Tesla’s CEO, to clarify what he wanted to say with the tweet embedded below.

The agency added that this matter is now part of a broader investigation it’s conducting, which includes at least 14 Teslas that have crashed into emergency vehicles while using the Autopilot driver assistance system.

In the tweet thread, Musks responded to a couple of users that said drivers with more than 10,000 miles driven with FSD activated and Tesla Vision installed (this is Tesla’s camera that checks if the driver is paying attention to the road) should be able to disable the prompts, to which Tesla’s CEO replied, “agreed, update coming in Jan.”

We reported on this story at the beginning of January, when we mentioned that the upcoming update is likely to trigger the attention of traffic safety advocates and regulators, and now the NHTSA is including this particular tweet in its investigation.

Tesla’s Full Self-Driving pack costs $15,000 and although it says what it should do in the name, the company’s official website mentions that it still requires “active driver supervision and does not make the vehicle autonomous.” This ambiguity in terms, as well as several accidents, prompted the NHTSA to start an official investigation in August 2021, which is now proceeding “really fast,” according to a report from Reuters that quotes the agency’s acting head.

What’s your take on this situation? As always, let us know in the comments section below.