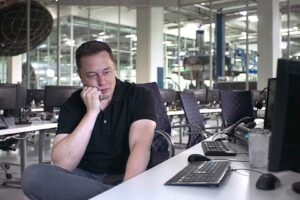 Tesla CEO Elon Musk has led his companies to success through a variety of means. As an organizational leader, however, there are a few rules Musk rigorously enforces, which have worked out well for him and his companies.

Musk has a handful of oddly specific, unwritten rules for his employees at Tesla, though it’s hard to deny that they’ve played a major role in his success. The rules, as detailed by Your Tango, often pertain to meetings, productivity and the free flow of information.

As far as big meetings go, Musk believes that they’re largely a waste of time and that they should be infrequent. Additionally, he has said that employees should “walk out of a meeting or drop off a call as it is obvious you aren’t adding value,” adding that he doesn’t think it’s “rude to leave,” but rather “it is rude to make someone stay and waste their time.”

The way employees spend their time is of deep value to Musk, as someone who focuses so heavily on efficiency. He also believes in following “logic, not rules,” emphasizing the fact that company rules may not apply in every situation, and that it’s best to do what makes sense.

Another of Musk’s deep values is his belief in direct, clear communication, avoiding the use of corporate jargon or nonsense words that may need to be explained — wasting more time.

Musk once said, “Don’t use acronyms or nonsense words for objects, software, or processes at Tesla. In general, anything that requires an explanation inhibits communication. We don’t want people to have to memorize a glossary just to function at Tesla.”

On the subject of direct communication, Musk doesn’t care about the traditional chain of command structure many businesses have. Musk emphasizes that following a chain of command requires a lot more communication from one manager to the next, until the information can finally reach the top.

Instead, Musk recommends talking directly to whom the information pertains about the necessary subjects, emphasizing the need for a free flow of information.

Musk has also made his belief in the free flow of information clear through other public means. As one recent example, Musk acquired a stake in Twitter (and possibly more) to ensure the enforcement of free speech on the platform, after questioning the company’s practices on enforcing free speech last month.

Regardless of Musk’s ongoing Twitter saga (however it unfolds), Musk’s unwritten rules about maximizing efficiency, minimizing wasted time and meetings, and communicating openly and honestly have made Tesla what they are today — a highly-valued company leading the charge on mass electric vehicle adoption.