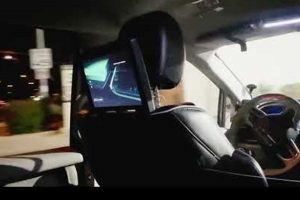 Is this the first time we’ve seen these technologies go head-to-head in real-world navigation?

We’ve read, watched, and shared many articles and videos about the future of self-driving cars. Most often, the coverage revolves around Tesla since it recently launched its Full Self-Driving Beta technology to a small group of trusted owners. However, many companies are working on self-driving tech, and one of the most prominent is Waymo.

What happens if you put a Waymo driverless taxi up against Tesla’s Full Self-Driving (FSD) Beta system on public roads in an unofficial test?

First of all, there are some things we should point out here. Industry experts argue that Tesla’s approach to self-driving cars is flawed. However, others say Tesla is the only company doing self-driving tech “the right way.” What gives?

As usual, Tesla is doing things differently. Time will tell if different is better. However, we will say that Tesla’s “different” way of doing just about everything has pushed it into a major global leadership position related to EVs, battery tech, software, and much more.

Tesla superfan (and FSD Beta tester) Whole Mars Catalog often touts Tesla and its technology. In fact, he’s shared multiple videos of FSD Beta successfully navigating long journeys with no interventions. On the flip side, he’s willing to admit that the tech can still be annoying at times, but it seems to be improving significantly.

These are just a few of the latest videos with version 8.2. We will share more as they come in.

Perhaps the most interesting Tesla FSD Beta-related share we’ve seen is the video at the top of the page. Whole Mars Catalog pits FSD Beta against a Waymo driverless taxi. It’s crazy to see the Waymo vehicle piloting itself without a driver, though it’s important to note that these cars can only do so in a small, geofenced environment.

On the other hand, while Tesla’s vehicles require a driver to be in the driver’s seat closely monitoring the tech and taking over when necessary, the cars aren’t limited to driving in certain locations. Moreover, with Tesla’s beta-testing situation, the driver gets to see and experience the shortfalls, correct the car, and report them to Tesla. This isn’t the case with Waymo’s tech.

The Waymo vehicle and the Tesla set out and head to the same destination. Waymo proceeds with caution and arrives in 8 minutes. Meanwhile, the Tesla with FSD Beta arrives nearly 3 minutes sooner, in just 5 minutes and 13 seconds. Check out the video for all the details.