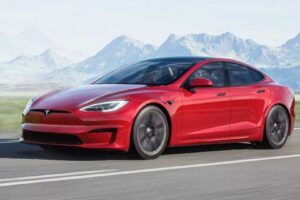 Some Plaid+ order holders were upset that they’ll have to pay $10,000 more for the Plaid than other reservation holders.

Vocal Tesla fan Vincent on Twitter made a suggestion to Tesla CEO Elon Musk last week. Essentially, he said that perhaps the company should offer the Tesla Model S Plaid’s previous price – which was $10,000 cheaper – to people who had already preordered a Plaid+ that has since been canceled.

Vincent’s request was actually part of a retweet. The original tweet came from Micheal Hsu. He said if you ordered a Model S Plaid+ since Battery Day, which he notes was originally called the Plaid, your order is now canceled. However, to get a Plaid now, you have to pay $10,000 more than all the other folks who ordered after the official January announcement of the Tesla Model S Plaid and Plaid+ models.

Typically, if Musk mentions it on Twitter, many Tesla fans assume it’s true. However, that’s not the case with many media outlets or Tesla skeptics. For the most part, it seems Musk follows through and is true to his word, though he admits to being overly optimistic, and he’s often way behind on timelines. In addition, sometimes the details change once Tesla makes everything official. Just because Musk tweets it doesn’t mean Tesla approves of it, but in many cases, it works out.

We now have some confirmation that Tesla is actually honoring this request, just as Musk replied. It came in the form of a message from Phil Muller on the Tesla Owners Worldwide group. 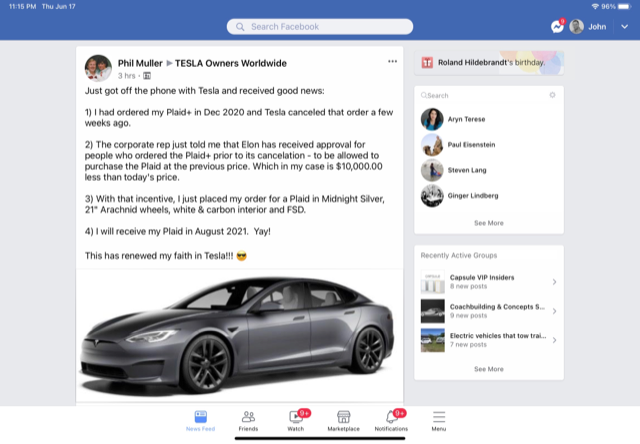 Muller says he talked with Tesla on the phone and received positive news. He ordered a Model S Plaid+ in December 2020. Tesla canceled that order after the company decided to cancel the Plaid+ model entirely.

The person on the phone confirmed that Musk received approval from Tesla to honor the lower Plaid price for people who had a Plaid+ order that was canceled. So, Muller will get his Plaid for $10,000 less than the currently listed price, and he says he will take delivery in August 2021.