Watch This Tesla Model Y Self-Drive Right Into A Plane 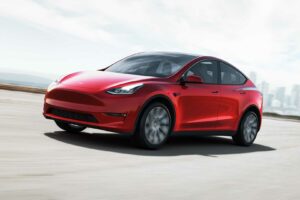 A video has emerged of a Tesla Model Y crashing into a $2 million Cirrus Vision jet while in Smart Summon mode. The Model Y was reportedly being summoned by its owner who was in attendance at an aviation trade show.

Although details are minimal, it appears the owner was nearby and wanted his Model Y to come and pick him up. The Model Y then proceeded to hit the multi-million dollar private jet, clipping it from behind. Worryingly, the Tesla kept moving forward for several more seconds, pushing the plane back more and more. The Model Y owner then seems to come into view to analyze the damage.

Smart Summon uses the owner’s smartphone location to drive to them. The system then uses several external cameras to reach its destination with no human aid. Since it was first released in early 2016 Summon has received few updates. The owner has to be in close proximity to their vehicle in order for Summon to work.

Tesla’s autonomous tech has been under a lot of scrutiny lately. The firm recently made the decision to only use cameras for autonomous driving, not radar. This choice has proved controversial, with the majority of the auto industry in favor of radar-based systems.