UPDATE 1/19/20: NASCAR team owner Rick Hendrick was the winning bidder, paying $3 million for C8 Corvette no. 1 at a high-spirited charity auction event on Saturday featuring GM CEO Mary Barra on the stage. Although the car present at the auction was red, Barrett-Jackson said the actual first car will be “a black-on-black Corvette 3LT loaded with every available option, scheduled to be built during the first quarter of 2020.”

We’ve seen this before: automakers offering the first example of a highly anticipated new model up for auction to benefit a charity. This time, General Motors will auction off the first mid-engine Corvette off the line at Barrett-Jackson’s Scottsdale Auction in January. All proceeds will go to the Detroit Children’s Fund, which benefits underfunded Detroit public schools.

VIN 001 of the C8 Corvette Stingray is powered by a 495-hp 6.2-liter LT2 V-8 and is equipped with the Z51 performance package, which adds an electronically controlled limited-slip differential with a shorter final-drive ratio, Brembo brakes, a performance exhaust, heavy-duty cooling system, and Michelin Pilot Sport 4S summer tires. 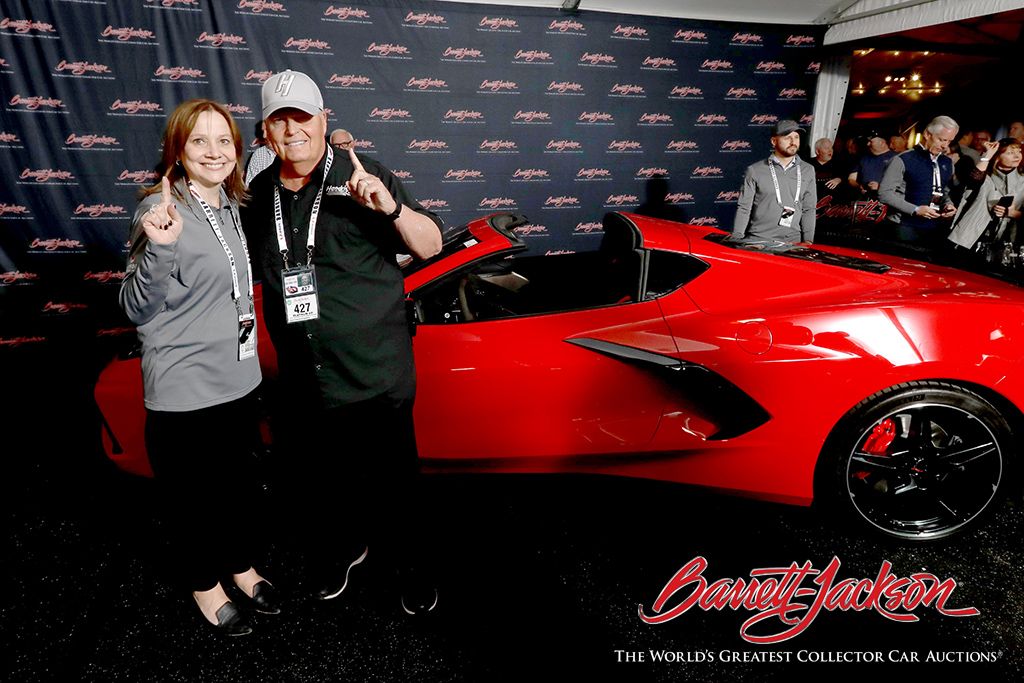 There’s no doubt this example will go for well over the $59,995 starting price of the C8 Stingray. Only a few months ago, the final front-engine C7 Corvette sold for $2.7 million at the Barrett-Jackson Northeast Auction in June, and the first Ford Mustang Shelby GT500 off the line sold for an insane $1.1 million at the Barrett-Jackson Scottsdale auction in January, both also for charity.