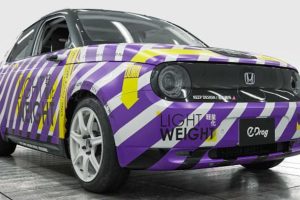 There are no details about any powertrain upgrades.

The Tokyo Auto Salon is always a fascinating show with some odd concepts and creations appearing there. While the 2021 show has had to go all-digital due to concerns for the coronavirus, the event is in no short supply of fun reveals. Honda is there with an all-electric drag racer based on the Honda E all-electric hatchback. It’s called the e-Drag, and Honda did more than toss on a fun livery.

Honda will use carbon-fiber-reinforced polymer for the car’s body panels, though currently, only the roof is made from the material. The new body panels will also feature a simplified mounting structure to reduce the vehicle’s weight further. Honda also borrowed the e-Drag’s wheels from the NSX. They’re 17-inch units Honda needed to install slicks on the drag racer. Honda will also install an upgraded suspension to help better put the car’s power down to the ground. 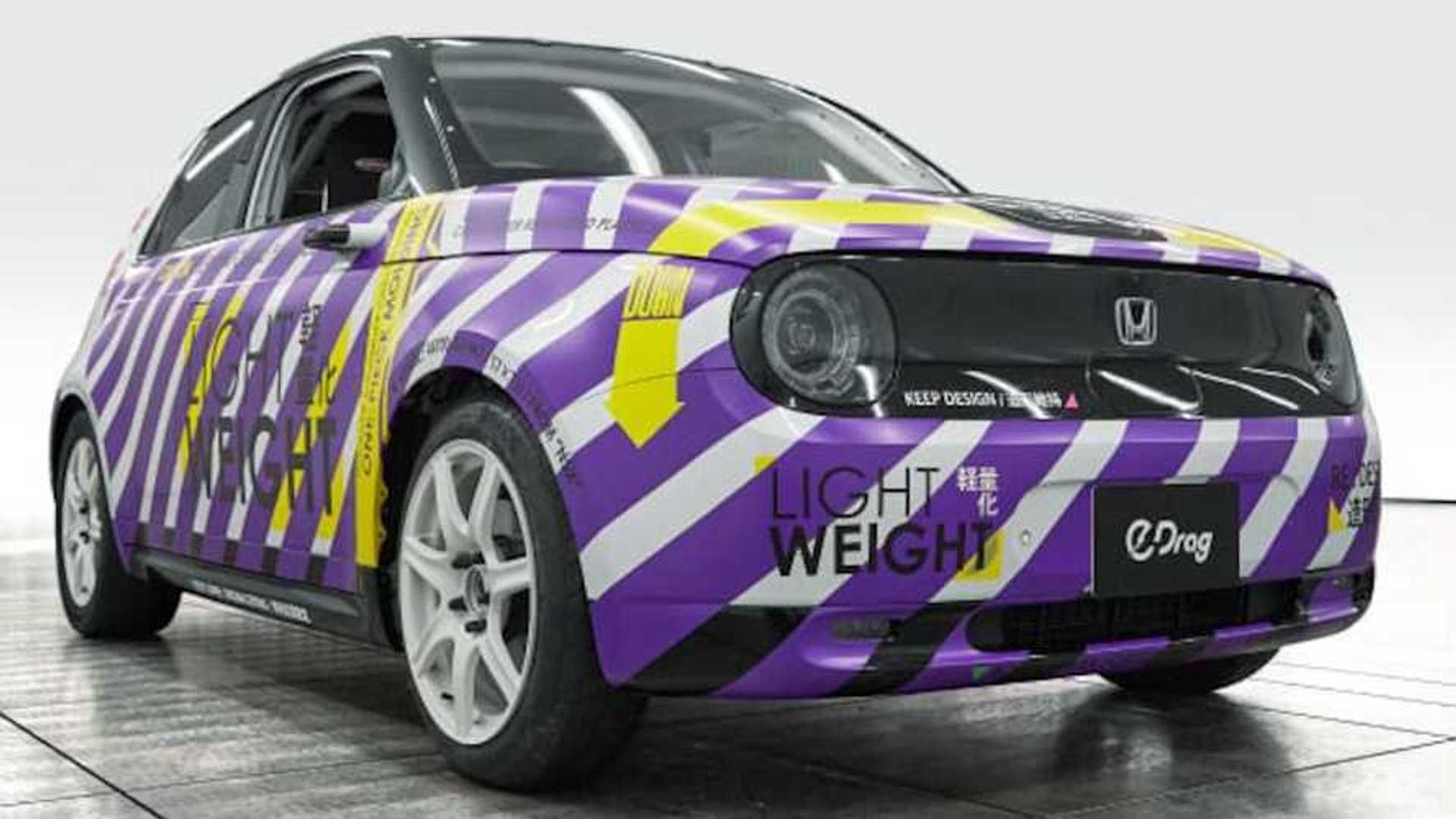 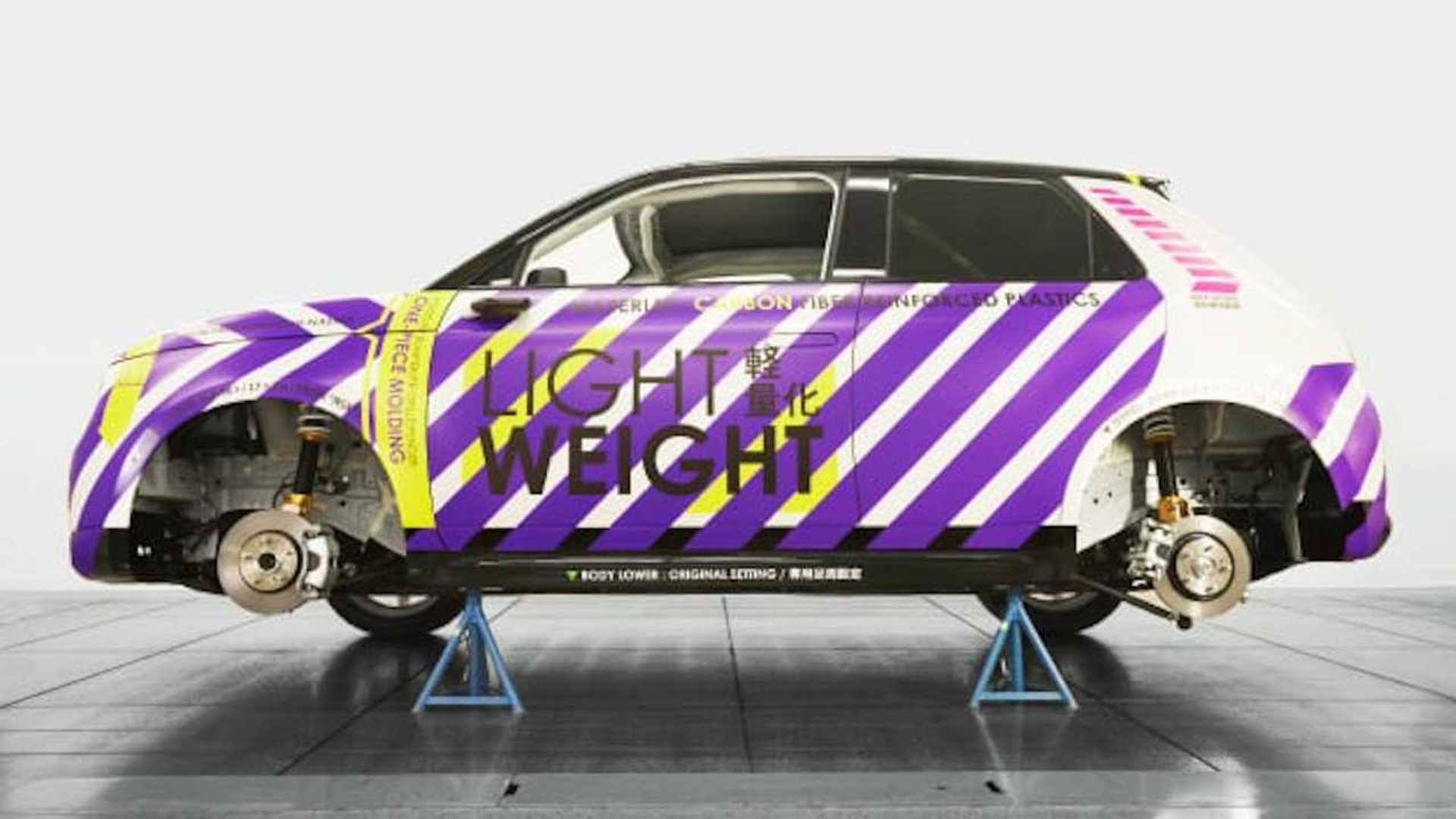 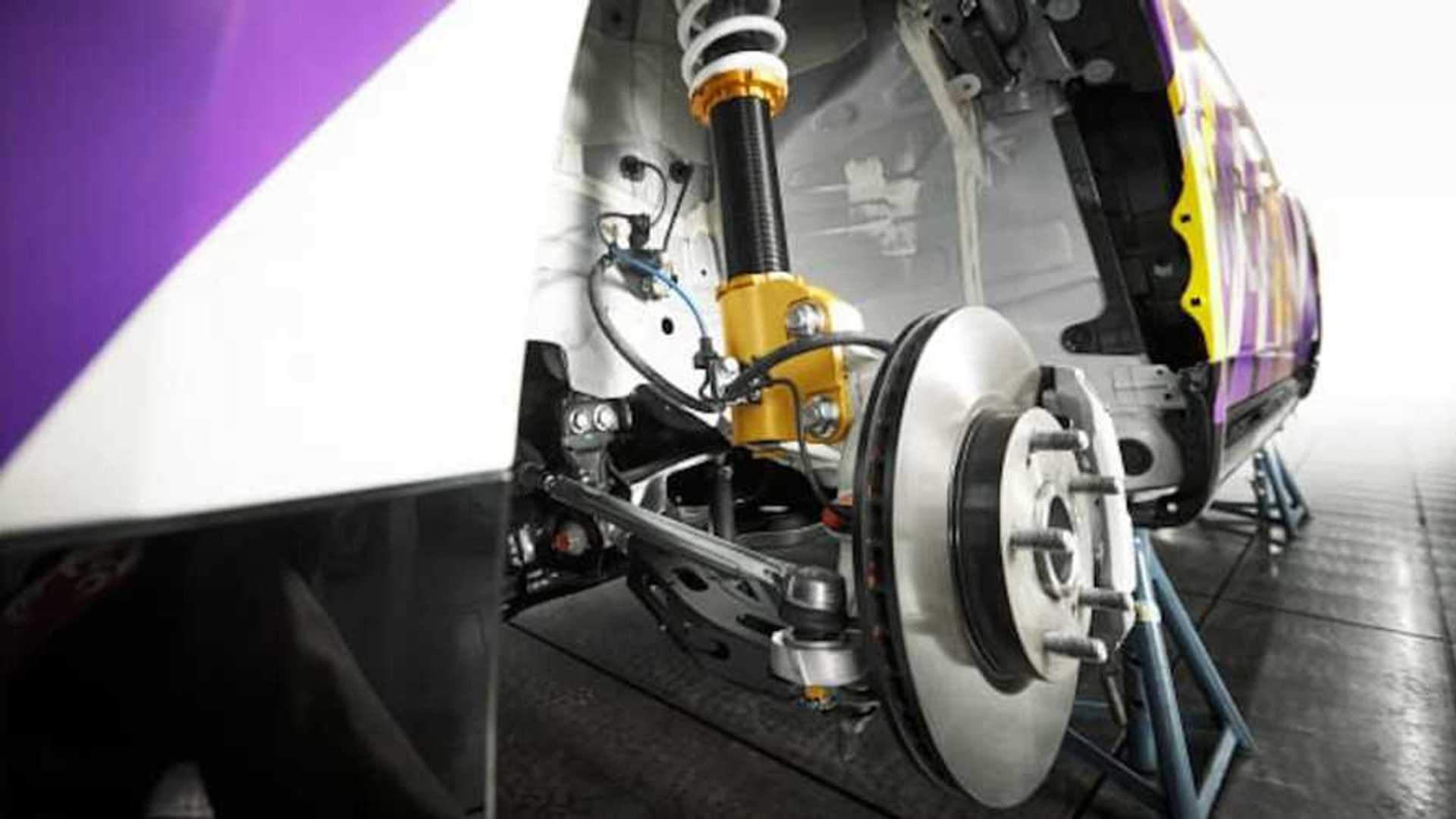 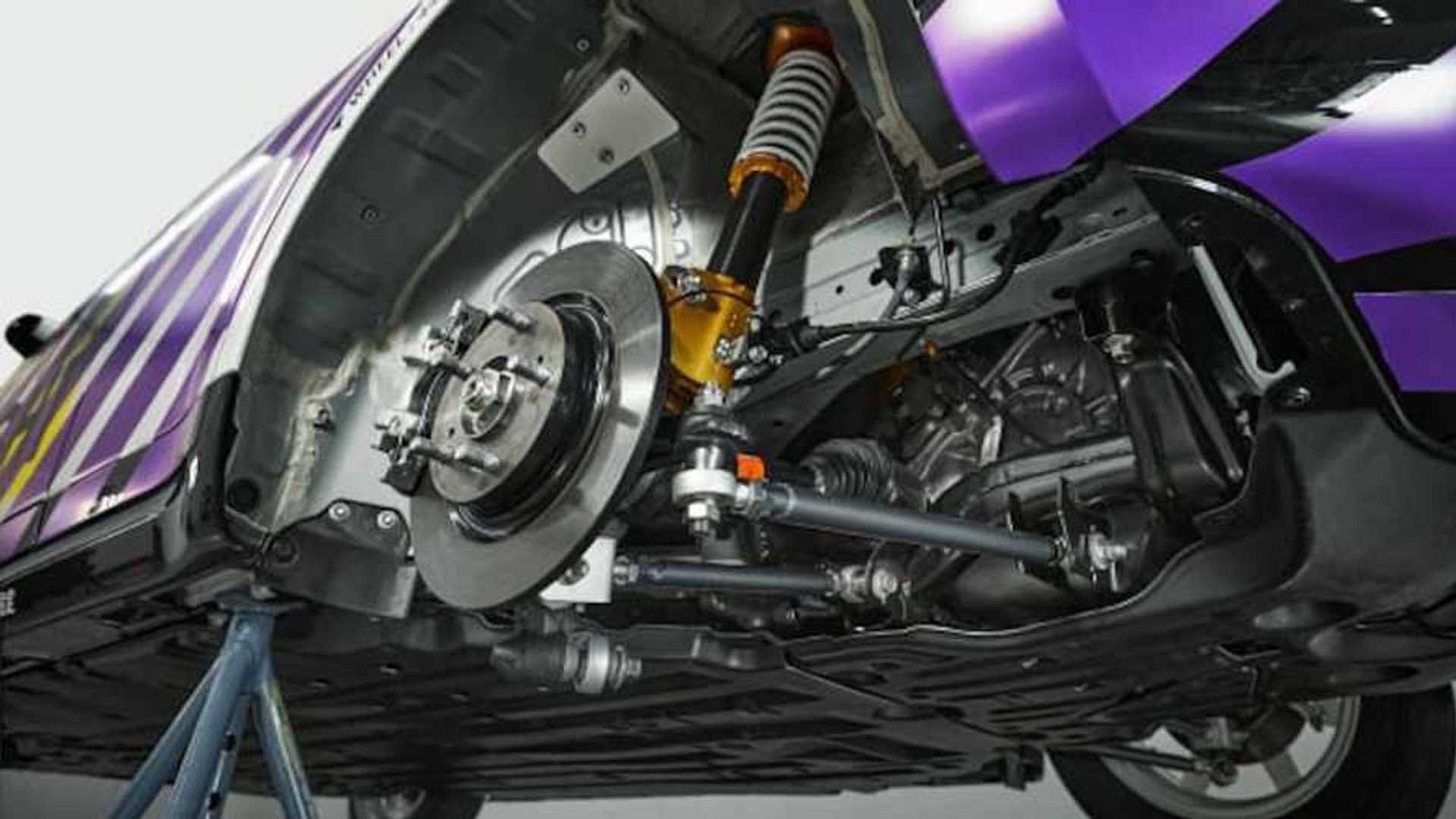 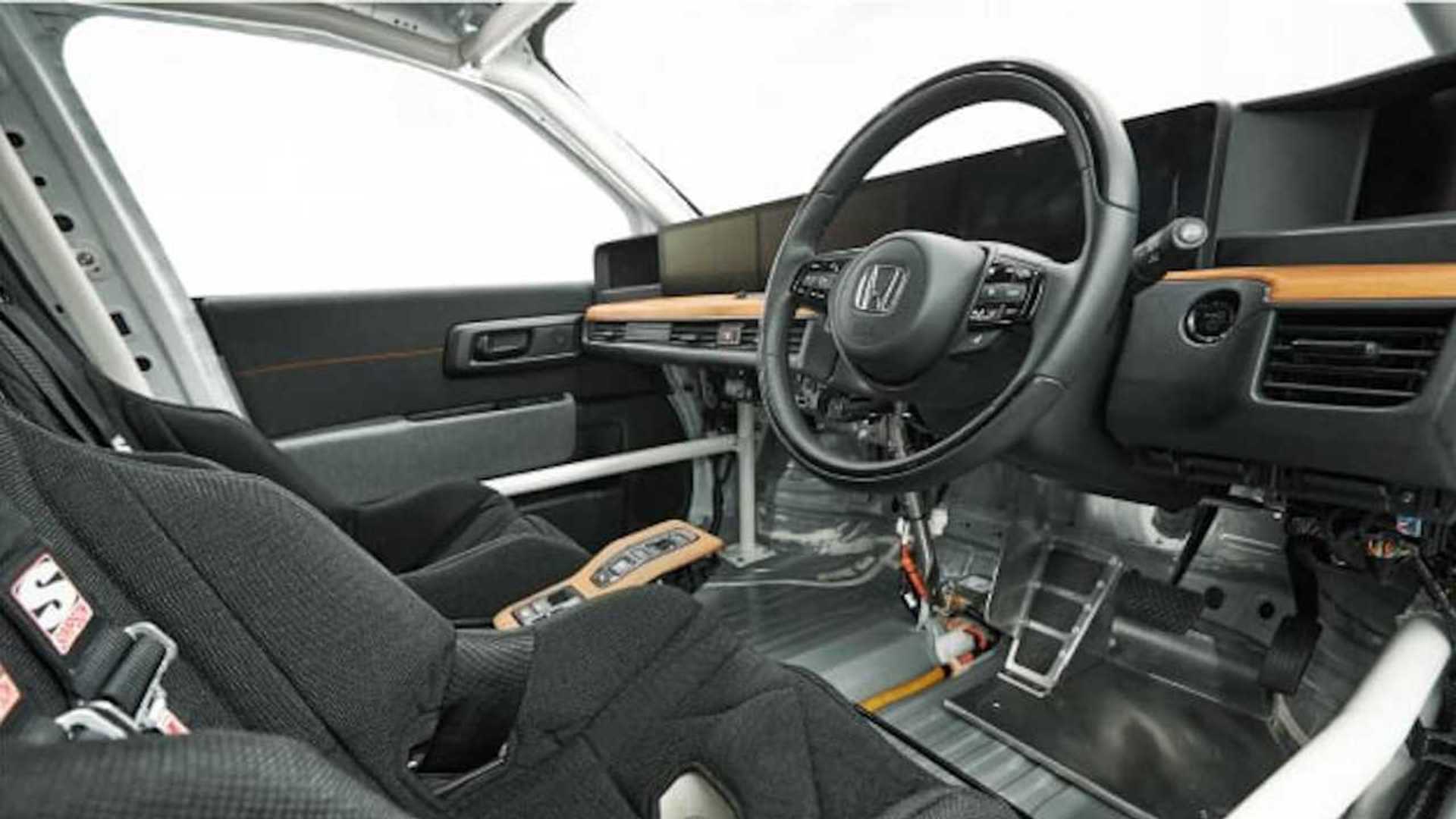 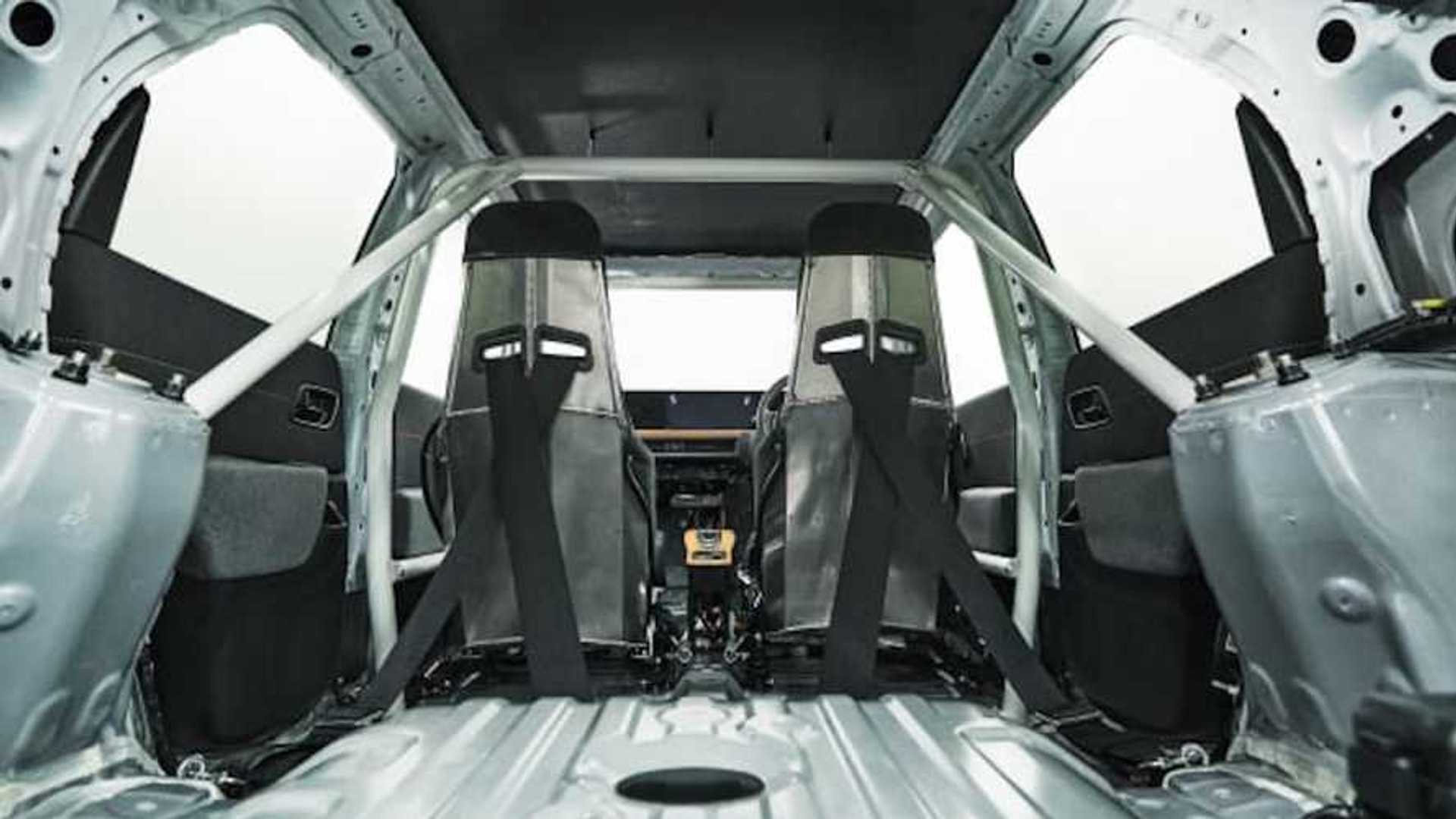 On the announcement page (in Japanese), Honda said it wanted to use the instant torque from the electric motor from the moment of rotation to help give it the characteristics of a rear-wheel-drive car. There’s no information as to what changes will be made to the Honda E’s powertrain, though. The road-going version has two power outputs – 136 horsepower (100 kilowatts) and 154 hp (113 kW). Peak torque is 232 pound-feet (315 Newton-meters) of torque. A sprint to 62 miles per hour (100 kilometers per hour) takes about eight seconds, though that’ll drop in the lightweight e-Drag.

Until the end of the month, people can vote on one of three liveries Honda will apply to the car when it’s complete. Honda will announce the winning livery sometime next month. The e-Drag is just one of several quirky reveals at this year’s Auto Salon, which joins others such as the Honda N-Van Mobile Cafe and much, much more.