Home » Future Cars » This Is the Last BMW i8

This Is the Last BMW i8 After six years of production, BMW announced last Friday it’s built its final i8 at the car’s Leipzig assembly plant—two months later than planned. The car, a Roadster painted in Portimao Blue, was the 20,500th i8 produced, and was sold to a private owner in Germany.

First introduced as a concept in 2011, the i8 was a massive step forward in BMW’s design language. With futuristic looks, a mid-engine layout, and swing-up butterfly doors, it was one of the most ambitious production cars in the company’s history. And together with its hatchback sibling, the i3, the i8 paved the way for BMW’s hybridization and electrification goals. With a plug-in hybrid system attached to its 1.5-liter turbocharged inline-three cylinder engine, it was the start of a new era in propulsion for the brand. Things like an electric motor to power the front wheels and a carbon fiber-reinforced plastic chassis made it stand out among its competition.

When it hit showrooms, the i8 was meant to launch BMW’s i electric car sub-brand. During its lifecycle, the company revealed plans for two new i-branded cars, the iX3 crossover, set to go into production this summer, and the i4 sedan, which has yet to be revealed in production form. 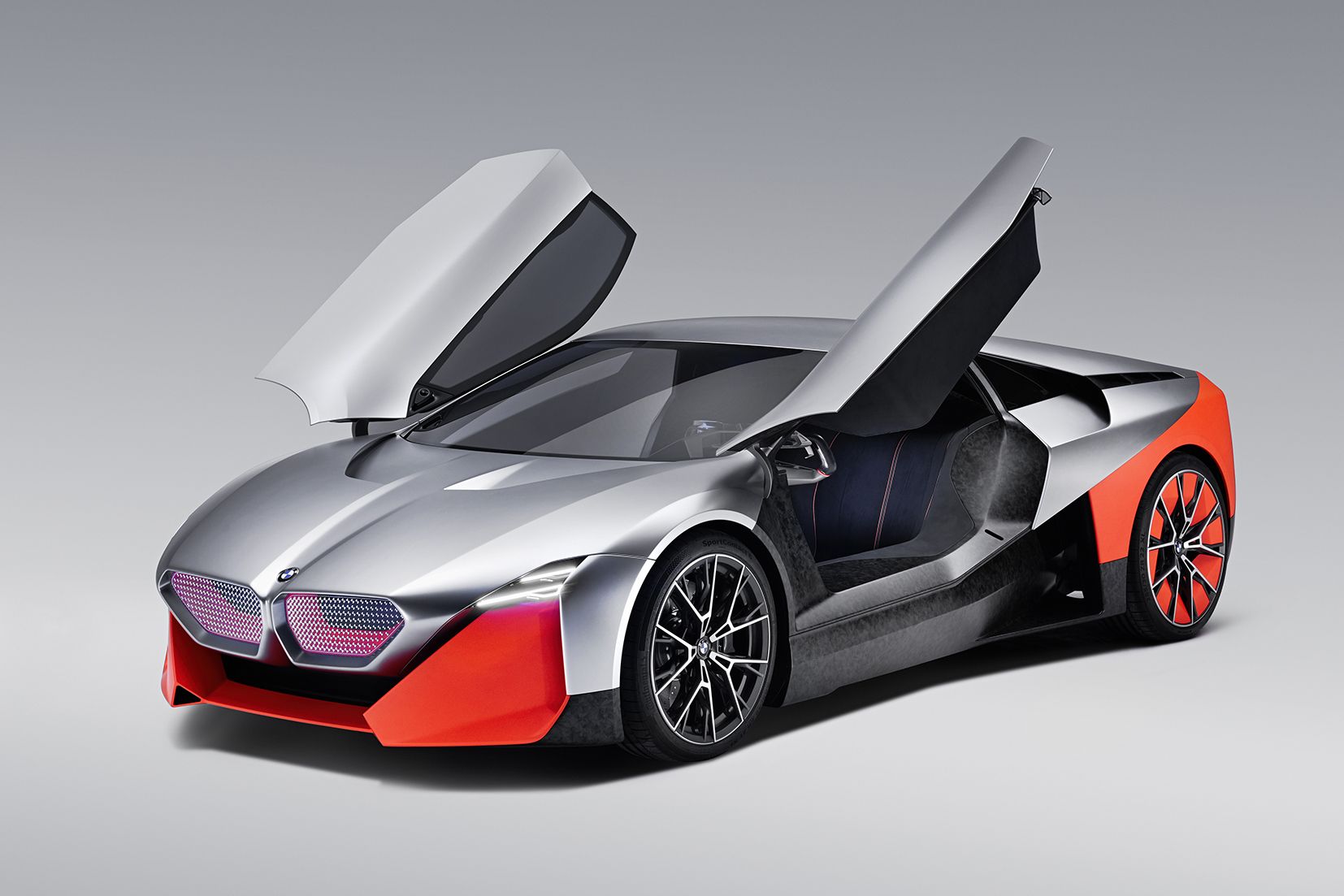 It’s hard to say whether BMW will replace the i8 with another futuristic performance car. The company revealed the Vision M Next (above), a radical concept with similar proportions and swing-up doors, in 2019, with plans to put it into production. Reports from earlier this year, however, suggest the project has been shelved due to complications surrounding the coronavirus. We’ll just have to wait and see if BMW has any plans for the nameplate in the future.

END_OF_DOCUMENT_TOKEN_TO_BE_REPLACED

END_OF_DOCUMENT_TOKEN_TO_BE_REPLACED
We and our partners use cookies on this site to improve our service, perform analytics, personalize advertising, measure advertising performance, and remember website preferences.Ok