This Sure Looks Like a Full-Size Ford Bronco Test Mule What do we have here? Some sort of Ford prototype of a vehicle that definitely does not exist in production: A short-cab, short-bed F-150 in Raptor guise. We have no idea what this test mule is, but it sure as hell looks like a full-size Bronco.

Take a close look at what we’ve got here. This vehicle has the ultra-wide track of the current F-150 Raptor, sporting factory-fit Raptor wheels and tires. The structures we see behind those mocked-up front and rear bumpers match what you see when you yank the bumpers off a Raptor—see this aftermarket bumper installation guide for confirmation. But you can’t buy a Raptor, or any current F-150, with this short-cab, short-bed configuration. 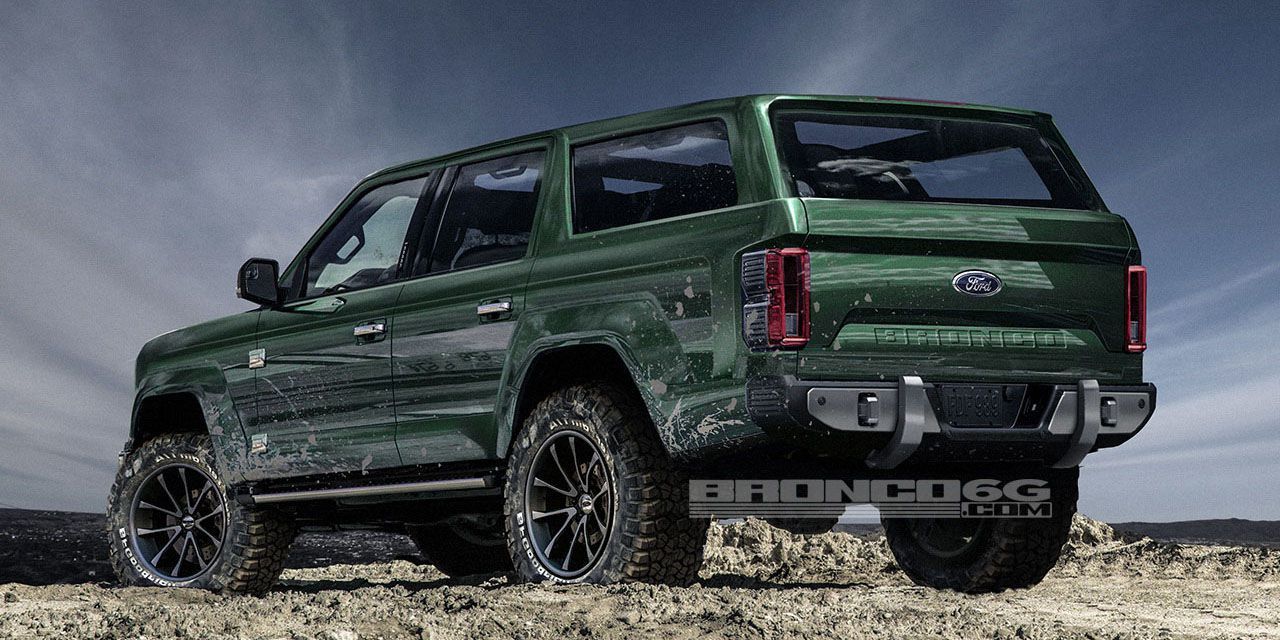 Our first thought upon seeing these spy photos was that this is some sort of Ranger-based prototype, but that doesn’t fit what we see. The current Ranger has a track width of 61.4 inches, far narrower than the roughly 74-inch track width of today’s F-150 Raptor. Even the Ranger Raptor, the badass off-road variant that Ford sells in a handful of global markets (but not in the US), has a track width more than six inches narrower than the Raptor’s. And yet, the wheels on the Raptor-based prototype you see here sit fully flush in the wheelwells, the same way they do on a production-spec F-150 Raptor.

Just how short is that wheelbase? A very rough estimate, using the 17-inch diameter of the wheels as a guideline, puts this prototype’s wheelbase at around 108 inches. That’s mighty short for a pickup truck. But it’s right in the ballpark of the last F-150-based full-size Bronco, which had a wheelbase of 104.7 inches.

All of which leads us to believe (or at the very least, hope) that Ford might be testing the underpinnings of a full-size two-door Bronco built on a modified F-150 frame.

That seems unusual because, in the past, Ford has confirmed that the long-promised return of the Bronco will be build on the T6 platform that currently underpins the midsize Ranger. Ford has never made any mention of a full-size Bronco.

Could the Blue Oval be working on a surprise return of the big-boy Bronco? When reached for comment, a Ford spokeperson would only tell us that oft-repeated line: “We do not comment on future product.”