Just when it seems like there are vanishingly few places in the world left for a secret car collection to hide, a group of 11 brand-new 1994 BMW 5 Series sedans and one station wagon have been uncovered in a warehouse in Blagoevgrad, Bulgaria.

Photos of the forgotten BMW E34s were recently uploaded to a local Facebook page, immediately sparking several rumors about their origin and a frenzy of interest from would-be buyers. What’s clear is that they’ve never been driven—and that storing old German cars under a sheet in a drafty warehouse for two decades isn’t the best way to keep everything spick and span.

In the pictures, the BMWs are seen lined up at one end of a large industrial space parked neatly in a few rows. They’re all covered with dust and suffer from some condensation-induced underside surface rust. Having never been driven or registered for road use, however, the cars sport utterly flawless bodies and true time-capsule interiors complete with protective plastic wrap. Seeing decades-old cabin trim shine like new in 2018 is nothing short of remarkable. 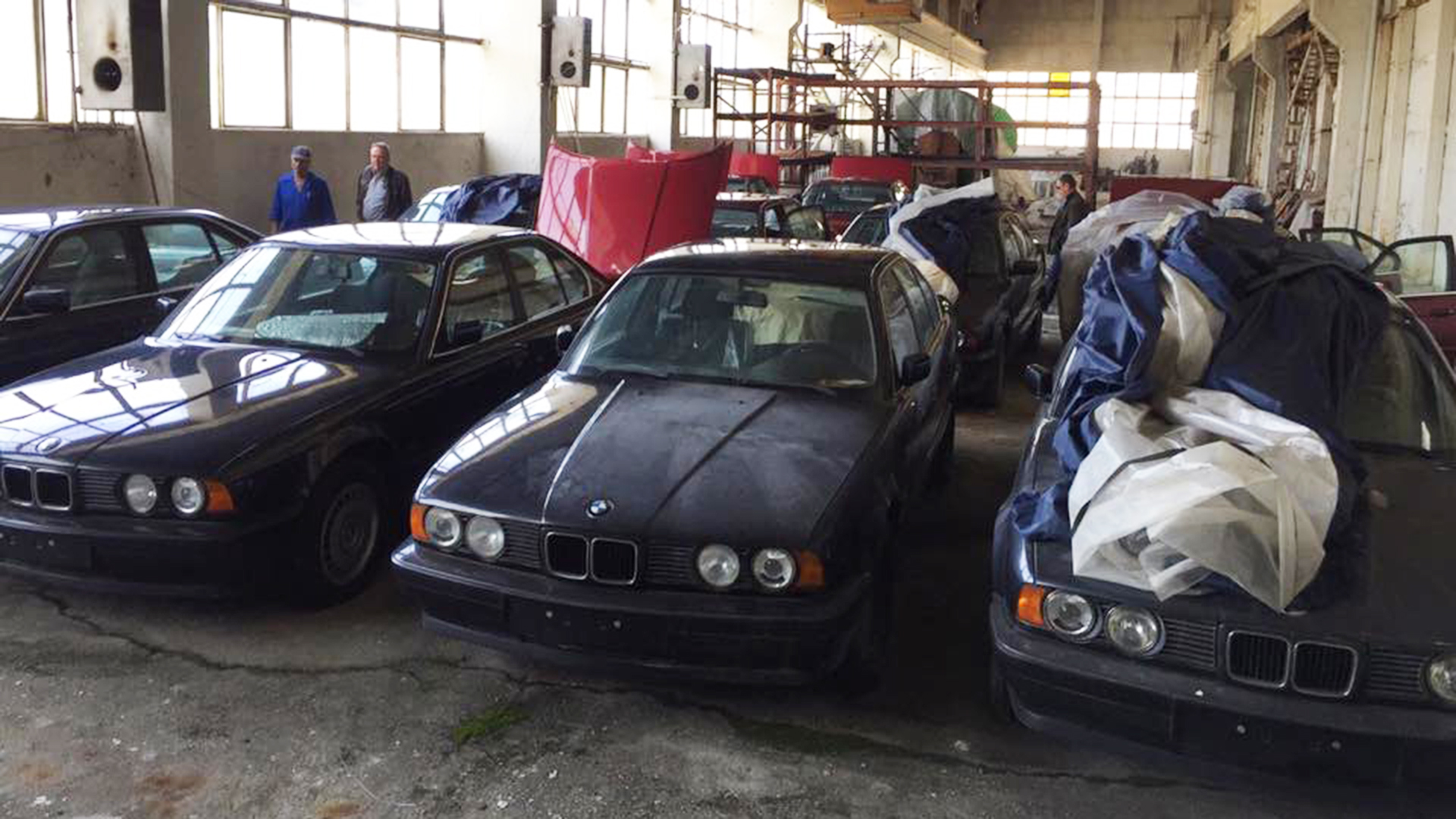 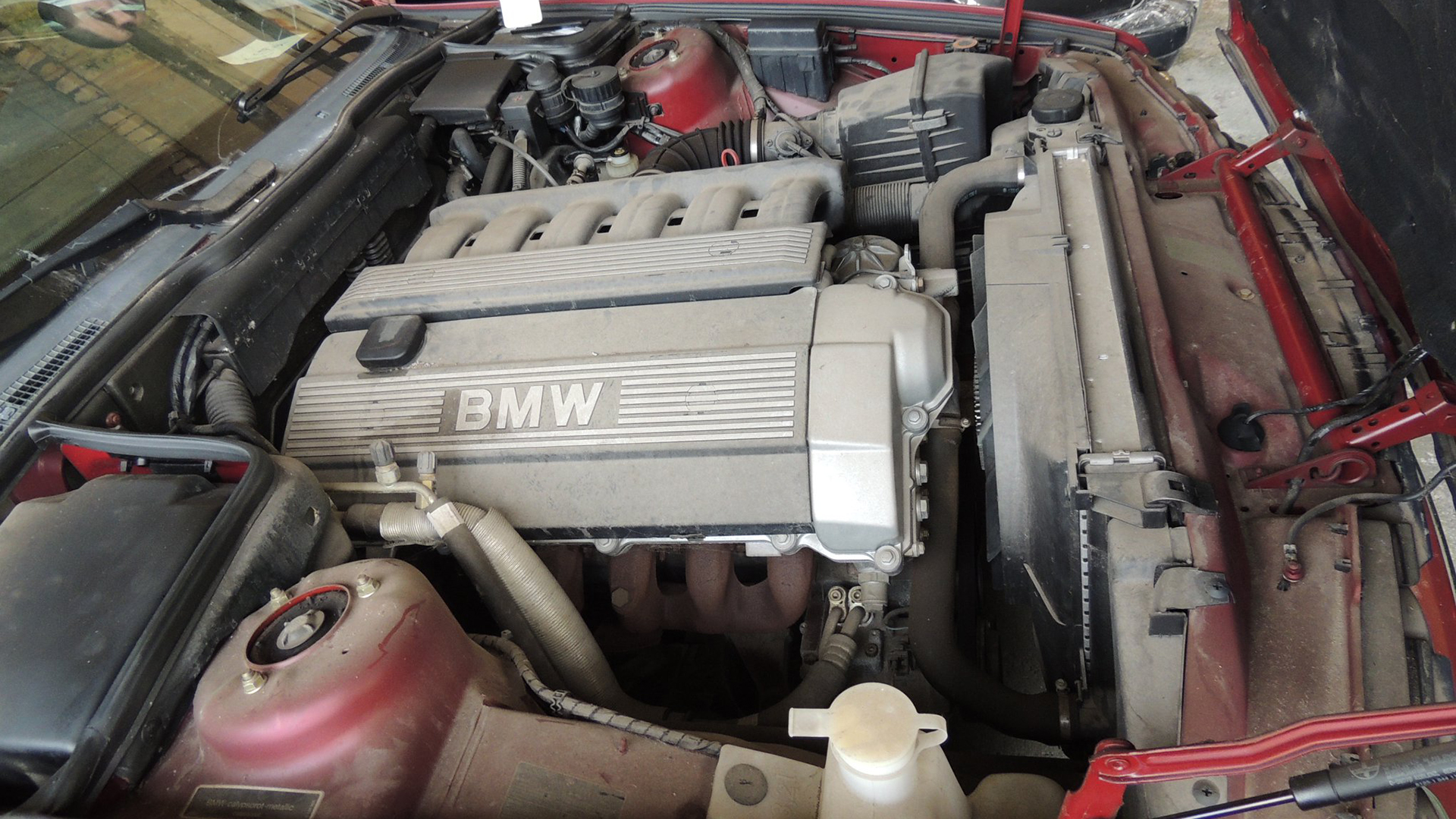 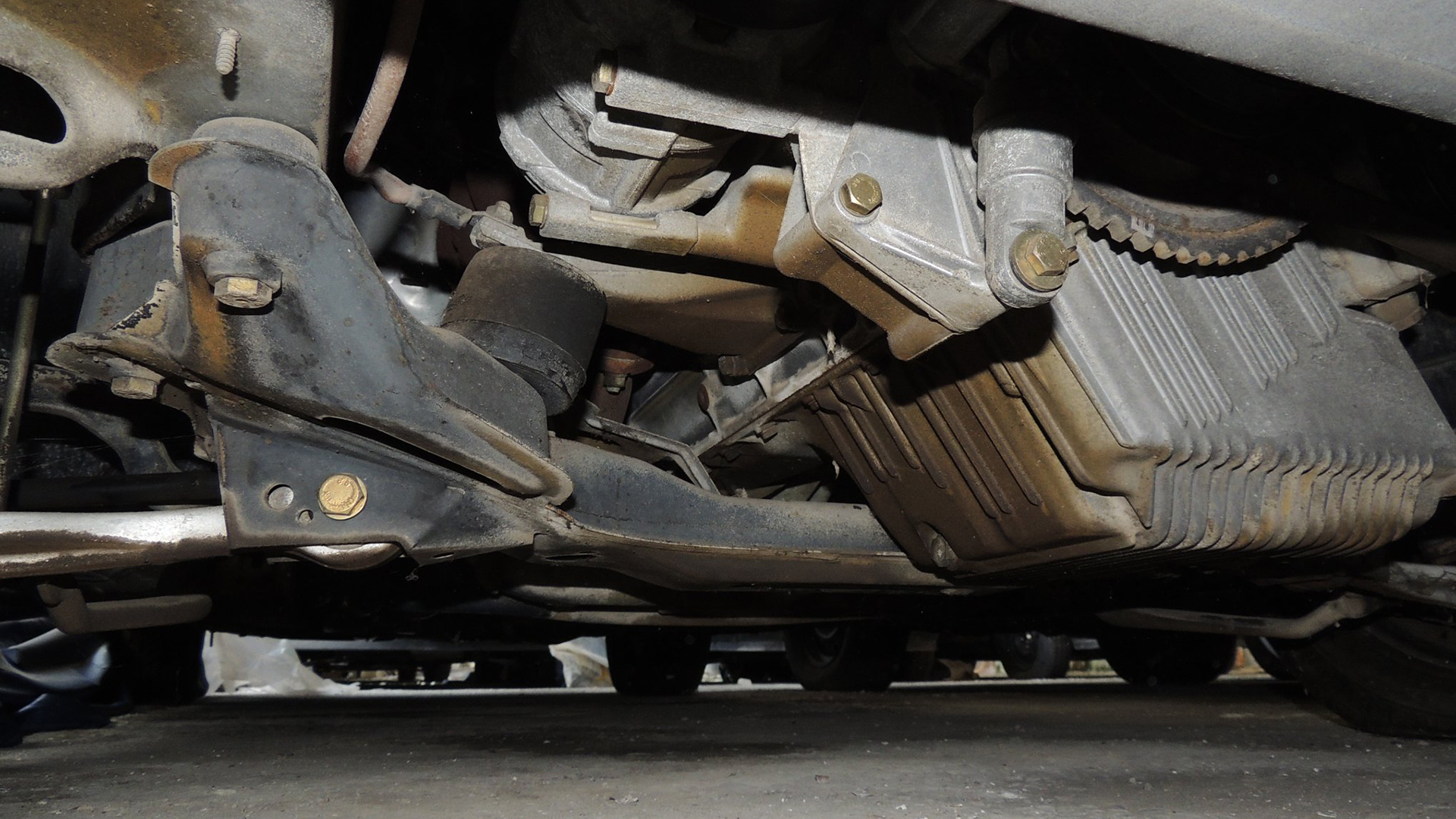 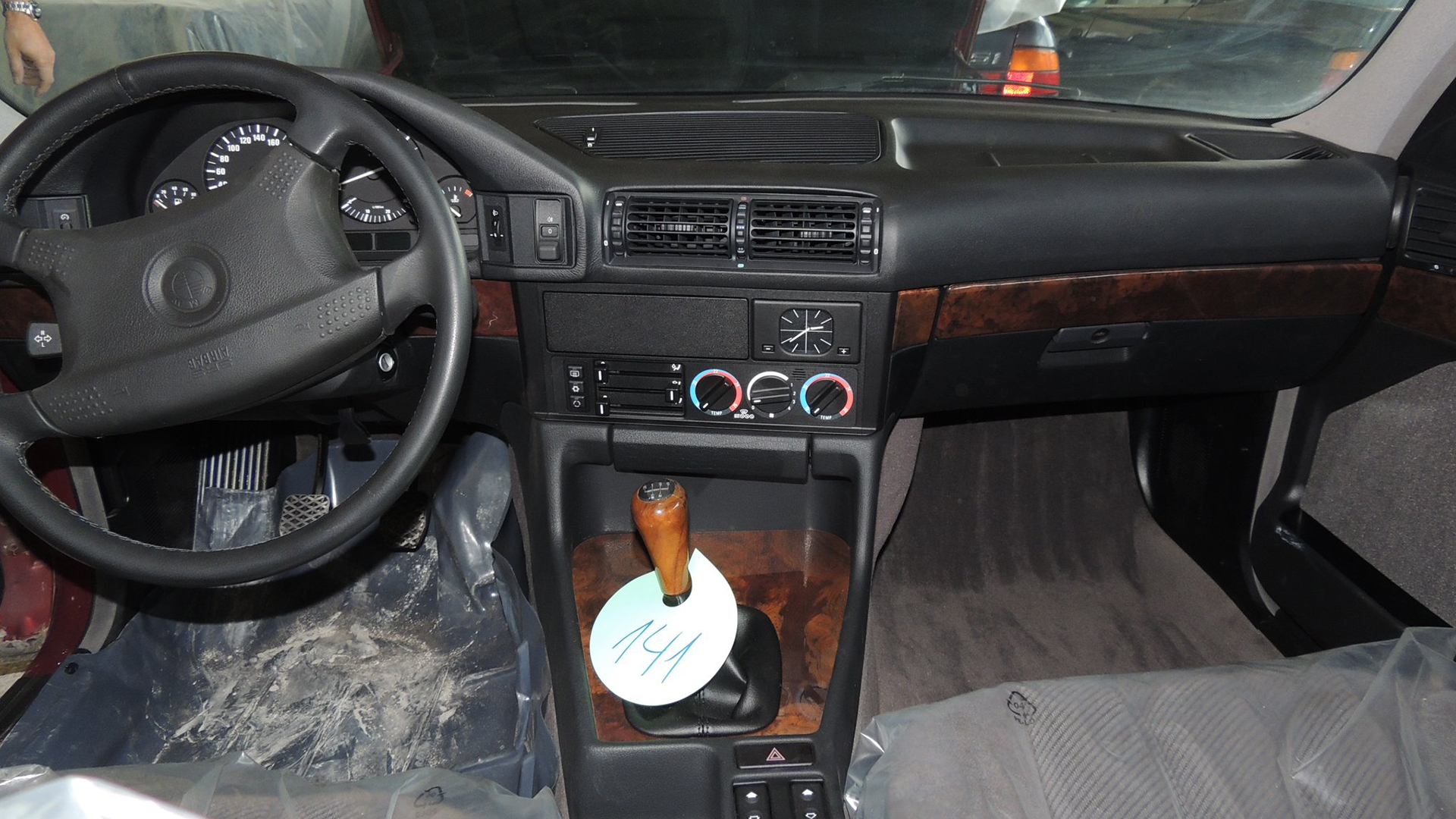 They’re all 520i and 525i models, meaning a straight-six engine under the hood pushing either 150 or 174 horsepower respectively. Most look to be equipped with manual transmissions as well. The E34 is rightly treated as a modern classic these days, so how did this crop of BMW’s best end up in a warehouse in Bulgaria?

It’s still a bit of a mystery at this point. Motor1 reports a rumor that the cars belonged to a failed rental company that stumbled out of the gate in the mid-90s. Meanwhile, local sources on the Facebook page where the pictures originated say that the cars were purchased for parliament members back then but never used “because the MP’s preferred Mercedes-Benz.” They’re also said to be tended to by caretaker who’s kept visitors away from the warehouse all this time.

Whatever the case, it’s a remarkable story that’s generated a ton of interest from collectors around the world. Even though the cars likely need intensive mechanical overhauls after sitting undriven for 25 years, those flawless interior parts are getting harder and harder to find. The Facebook page has since been deluged by people asking for information about the possibility of buying one or several.

Of course, chances are the cars are destined to leave Bulgaria anyway—the country doesn’t permit registration of older cars as new vehicles due to emissions. An auction is planned in the coming months, though no details have been released at this time.