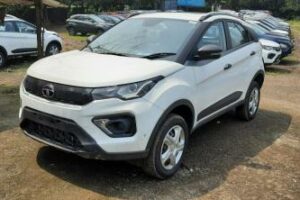 I owned my previous car trouble-free for 11 years, don’t think I’ll own the Nexon SUV for as long.

BHPian drritwik recently shared this with other enthusiasts.

So Tata called me for my third free service on 6th August 2022. My car was delivered to me on 4th September 2021 and the odo as it stood on the day I gave my car for service was 13,500 km approximately. It is a Nexon XM Petrol model.

For those who remember, I was experiencing a creaking squeaking noise from the left side of the vehicle for around a month and a half. I had spoken to the service advisor at Tata then and he had suggested to wait it out till my third service.

So thus, as soon as I got a call from Tata, I did not delay the same and that’s primarily the reason for giving it in a bit early.

I gave my car for service yesterday, 7th August 2022 (Sunday). I have generally noted that the service advisors become pretty defensive when they deal with automotive people like us who know their cars

The service advisor put forth the AMC which as I understood essentially takes care of this service and the next which would happen after 6 months. It does not take care of anything that might be changed in either of these services. I was fine with it for some time.

Then he proposed that the wheel alignment and balancing would be included in this. I never get wheel balancing and alignment done from the service centres, be it whichever company. But seeing the price benefit I agreed and told the advisor if it included tyre rotation. He said yes and I told him to do the rotation for all the five tyres which included the spare wheel too. Immediately I was told that it’s always for the four tyres because the fifth is of a different size. I told him that the tyre size differs only for the XZ models and not for the XM model. Again vehemently he argued and asked me to show proof. So I calmly opened the service book and showed him the page where it explicitly mentions the same. Now I get the answer that they are not supposed to rotate the spare tyre. I politely decline the wheel balancing, alignment and along with it the AMC as it did not justify the pricing. One down, one more to go

Regards to the squeaking and creaking sound, the advisor very proactively took the car for a test drive and acknowledged the same. I also told him that being an avid automotive fan, there have been reports of a certain batch of Nexon’s in which this type of sound has been due to failure of parts of the suspension.

Today had a talk with the advisor and he said that lubrication did not take away the sound. So they have changed the lower arms of the suspension and they are withholding the car till tomorrow for final tests and then they will hand it over to me.

Now a couple of things come into the picture.

I will update once I receive my car and test drive it myself and also how they cover the parts which are being changed.