At the relatively young age of 43, Nick Heidfeld has had his fair share of action in various racing classes. As a former Formula 1 driver for Prost, Sauber, Jordan, Williams, BMW, and Renault teams, the German continued on in endurance racing and Formula E, only to become one of the development drivers for Automobili Pininfarina’s Battista hyper-EV project. Designed by Rimac and tailored into an Italian machine at Pininfarina, there are a few key differences between the C_Two and the Battista, even if their technology and resulting performance figures are basically the same. Over 1,900 horsepower and 1,700 pound-feet of torque, a top speed of 218 mph, and with a light foot, an electric driving range of up to 310 miles.

Italy’s famous Nardo test track is owned by Porsche, Stuttgart’s favorite performance carmaker, who is also a shareholder in Rimac, so it’s no surprise that we find Team Pininfarina as well at said proving grounds. As Rimac is nearly set to produce 150 globally validated C_Twos, Automobili Pininfarina is also getting ready to add its own 150 Battistas, starting with five Anniversario Editions priced at $3.12 million a pop. 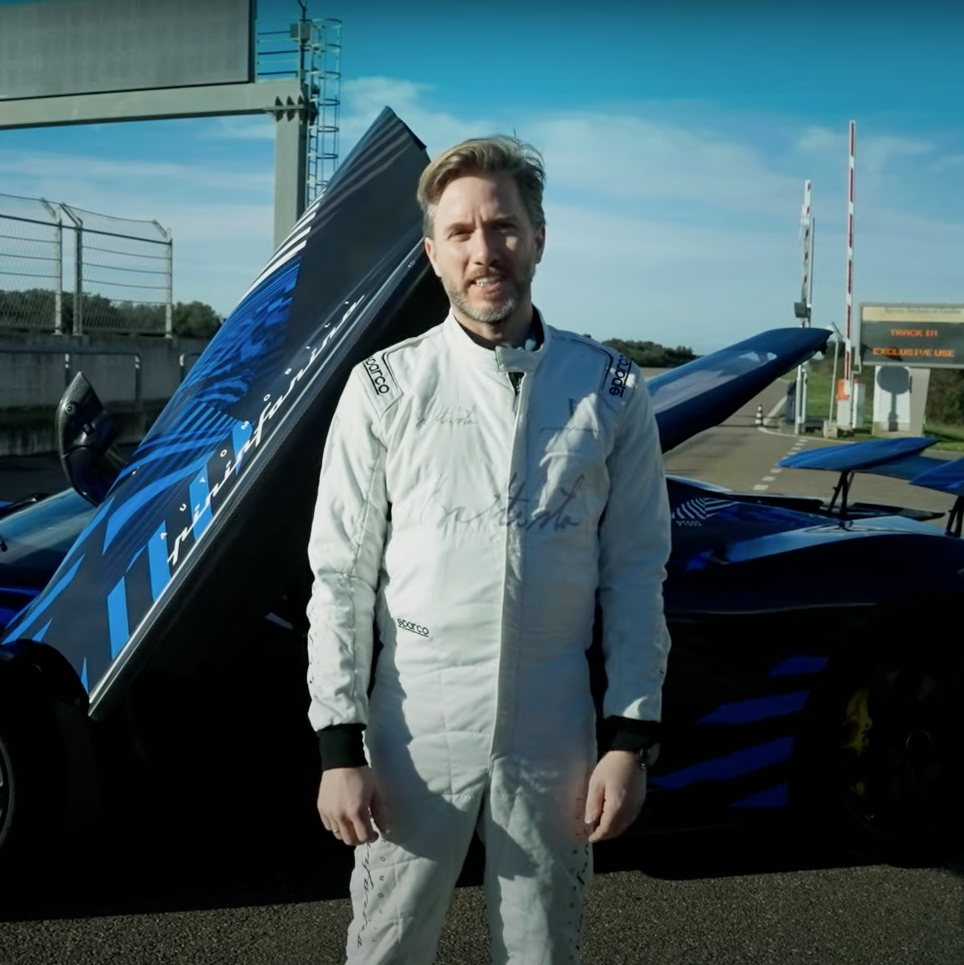 Competing against the ultra low-volume Aspark Owl and the more mainstream, yet equally powerful Lotus Evija, the Pininfarina Battista will combine a zero-to-60 run in 2 seconds flat with the most advanced torque vectoring, suspension, and active aero systems.

If you’re wondering what sort of rubber can handle this much instant torque at such high loads, the answer is that while Rimac is using custom Pirelli P Zeros, Pininfarina put its trust in Michelin’s Cup 2 R tires. Heidfeld says the Battista prototype is “precise, direct, and also gives you very good feedback.” Mind you, regardless of the badge and body, the backbone of this two-seater is one of the most rigid carbon fiber monocoques ever produced for a road car.

See it as Pininfarina’s glorious return to bespoke supercar production, or perhaps dismiss it as a C_Two made to look more like a Ferrari, the Battista is a hugely exciting chapter in the developing story of electrification, and a gorgeous car putting twice as much power under the driver’s foot as the latest hybrid V8 Ferrari SF90.

With four electric motors offering such a direct punch, it’s no wonder that even Nick Heidfeld refers to the Battista as the most powerful car he has ever driven. 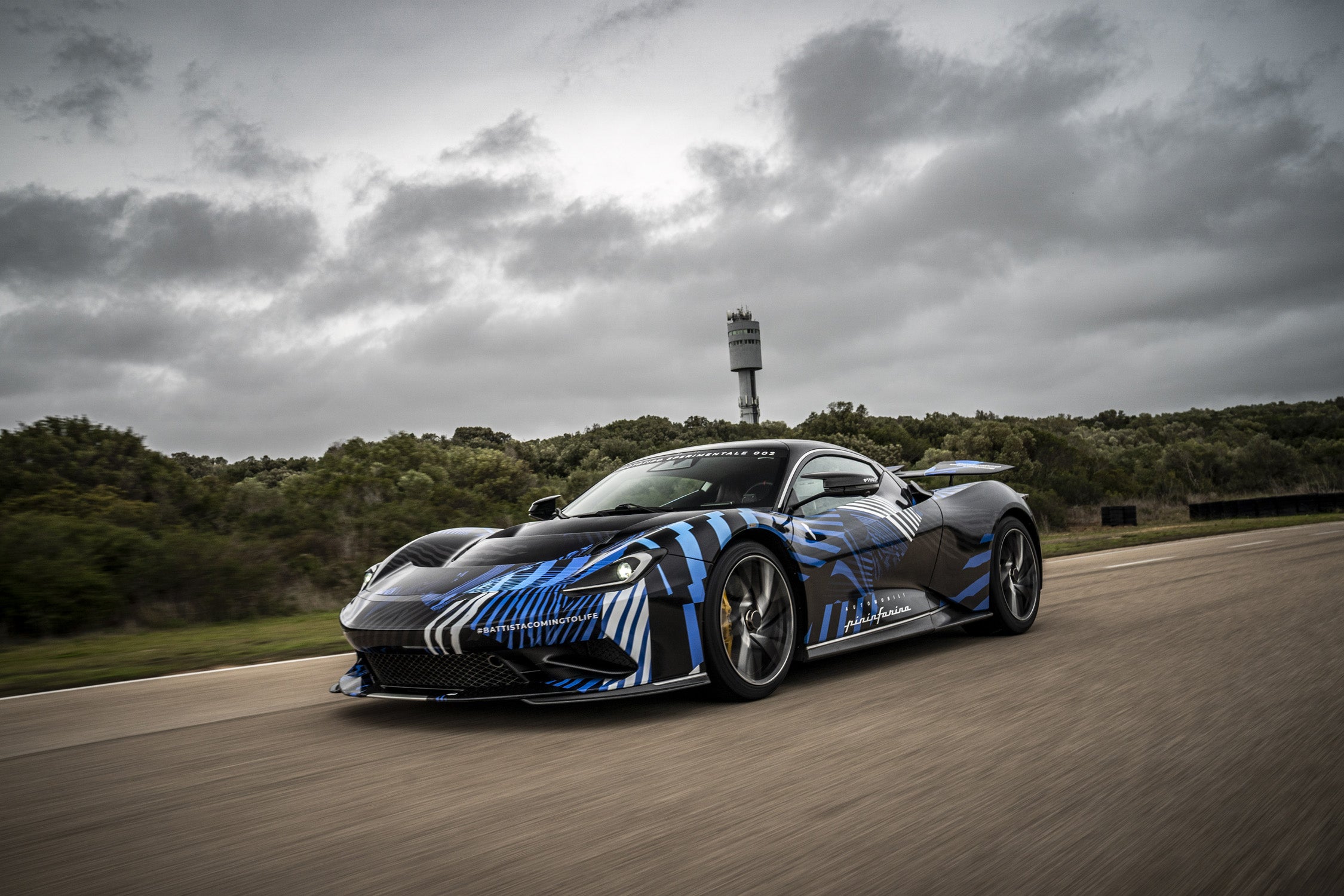 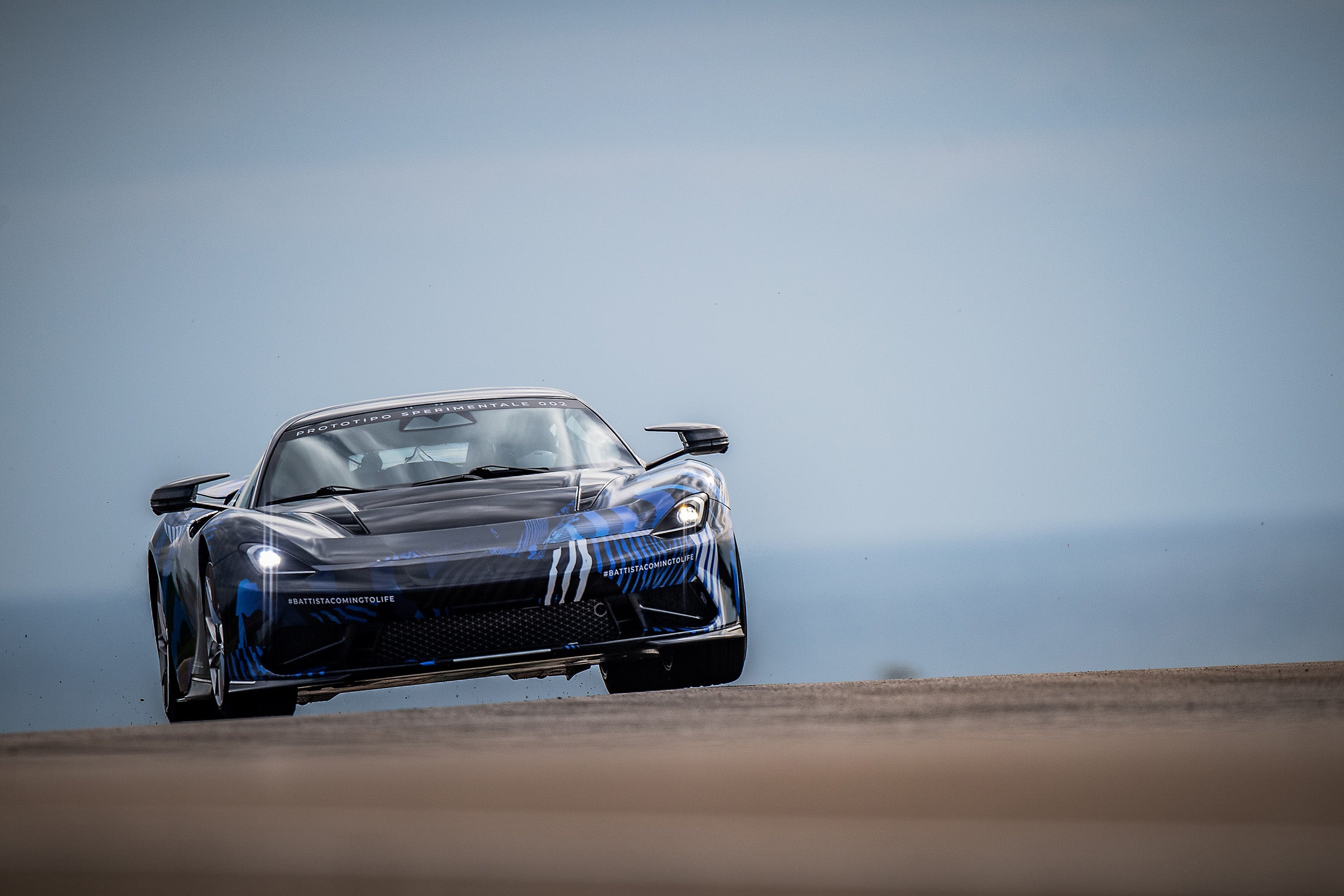 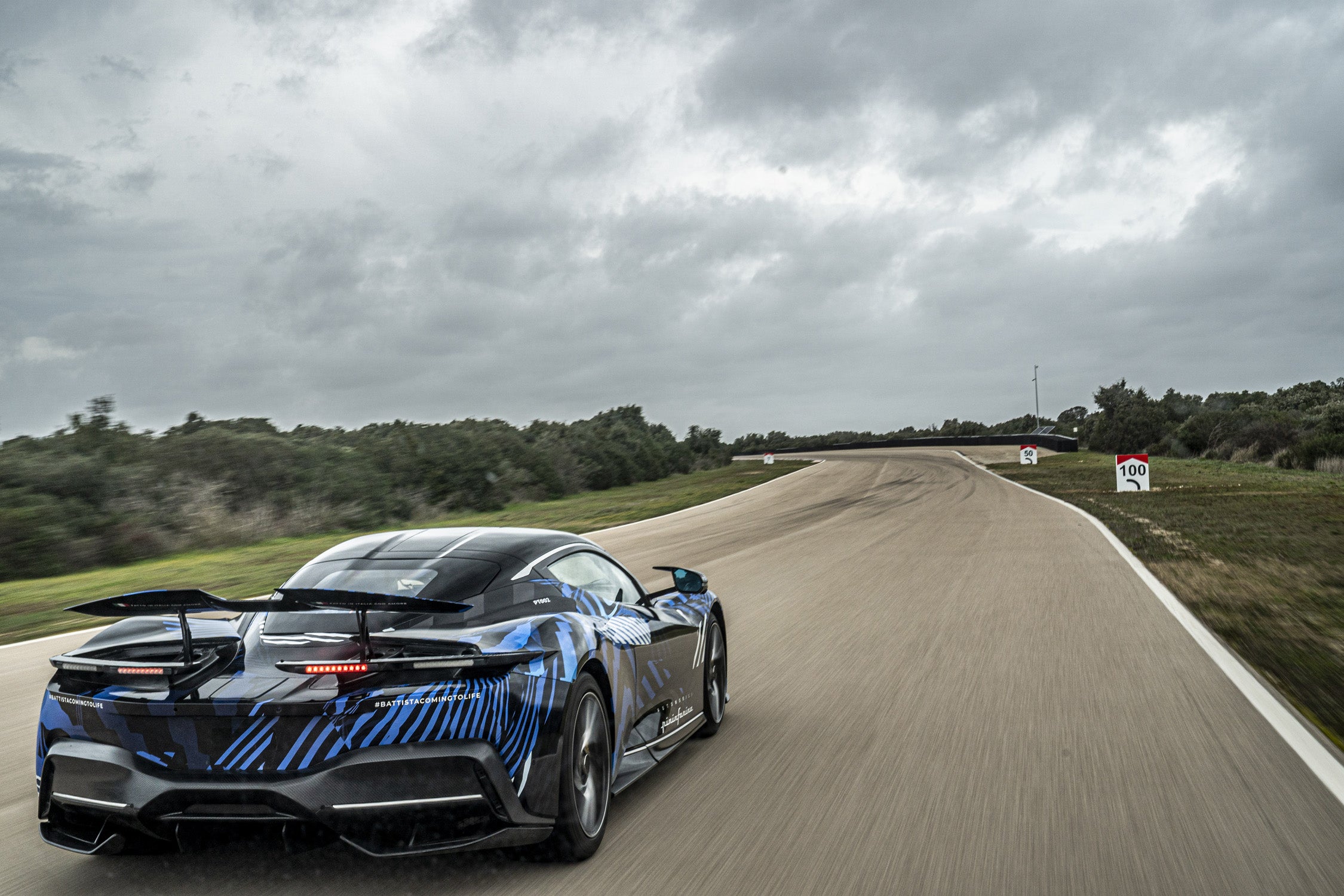 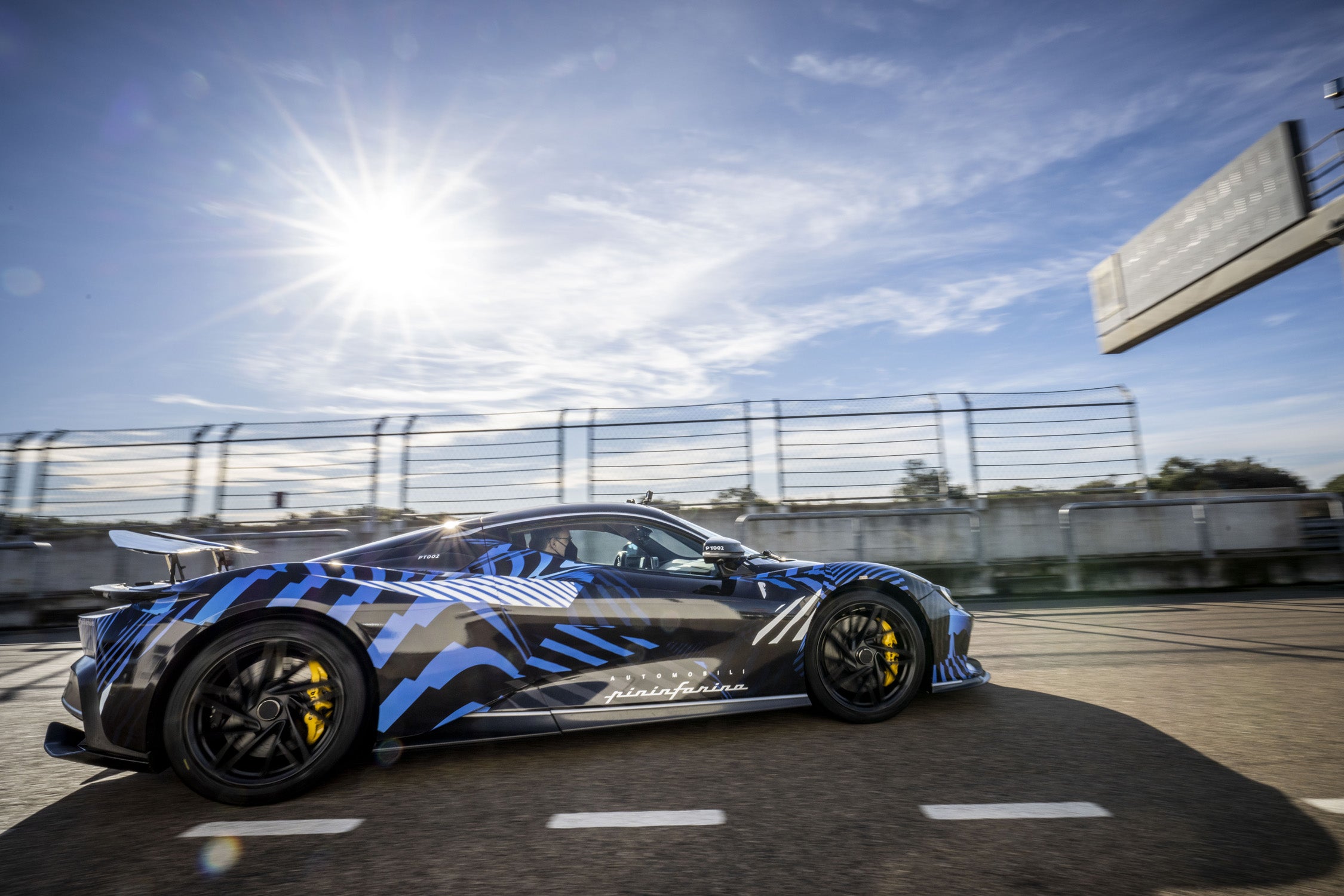 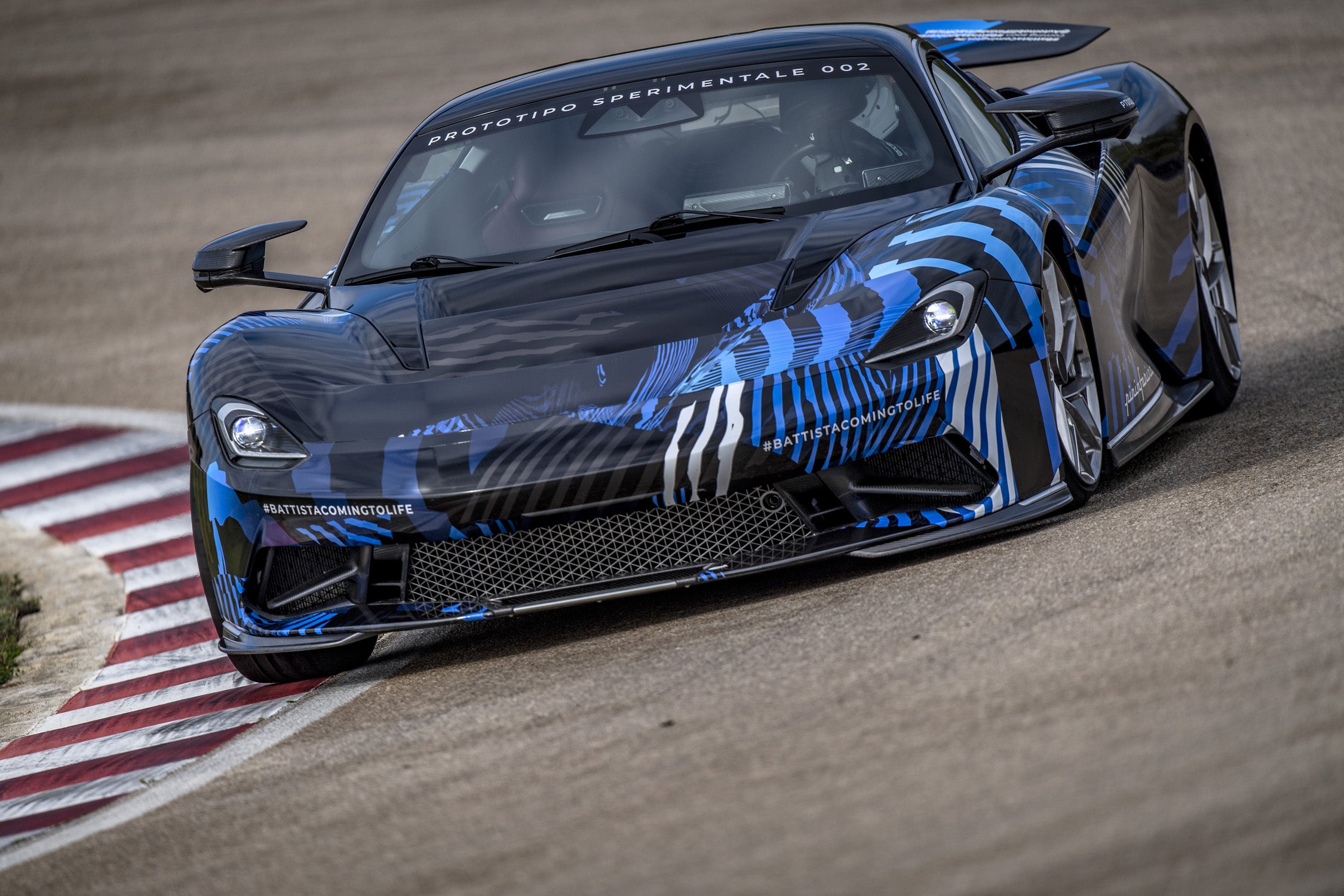 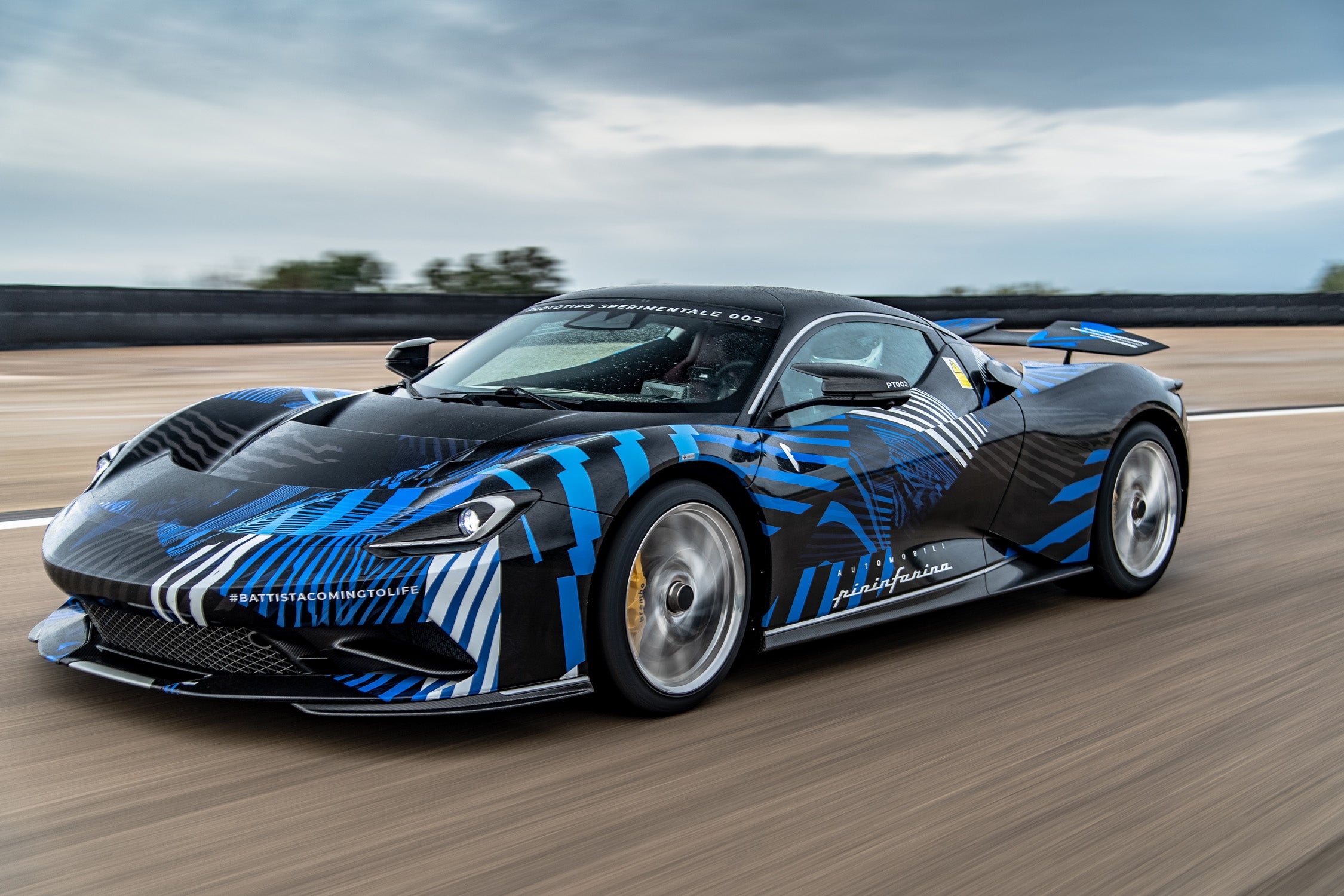 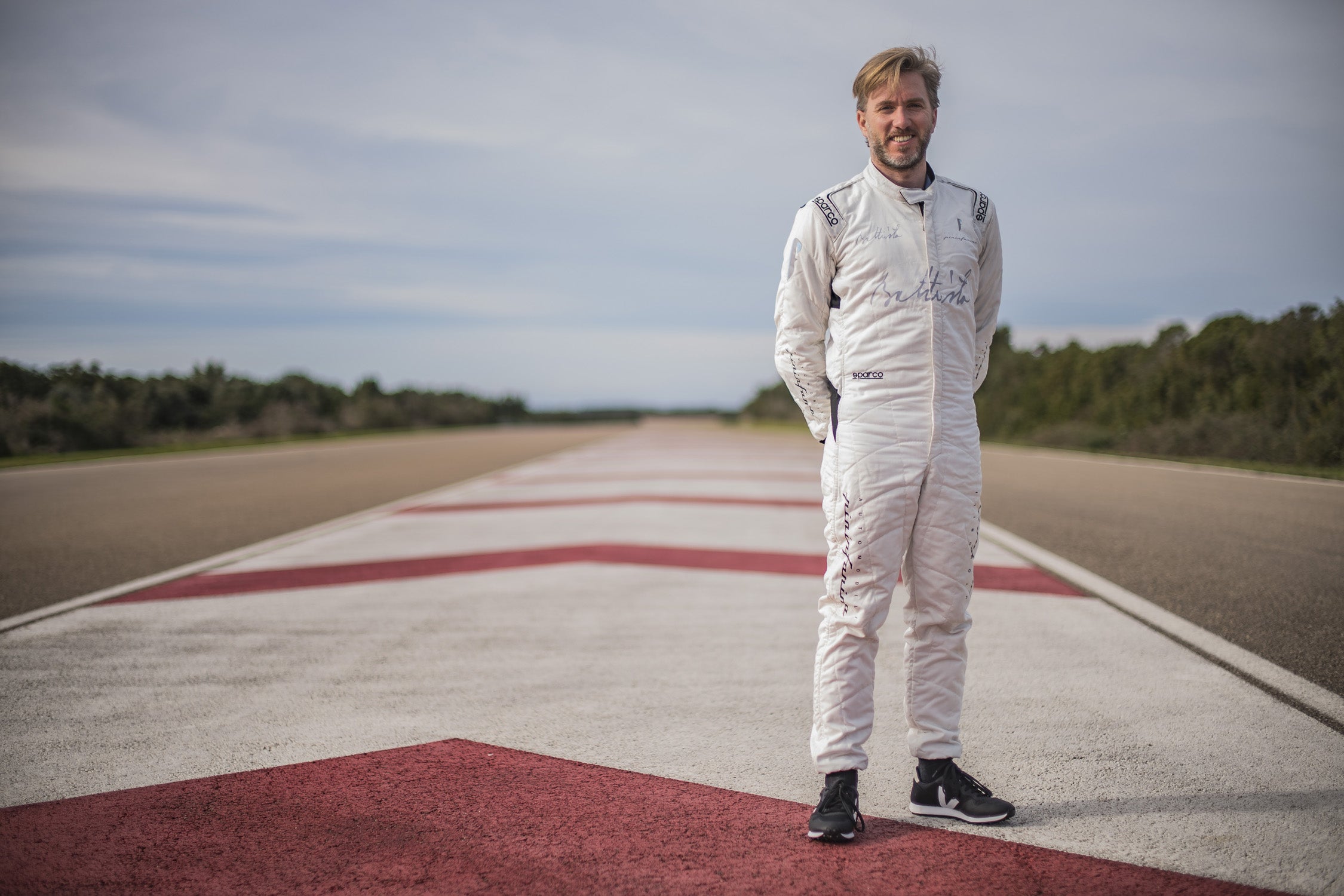 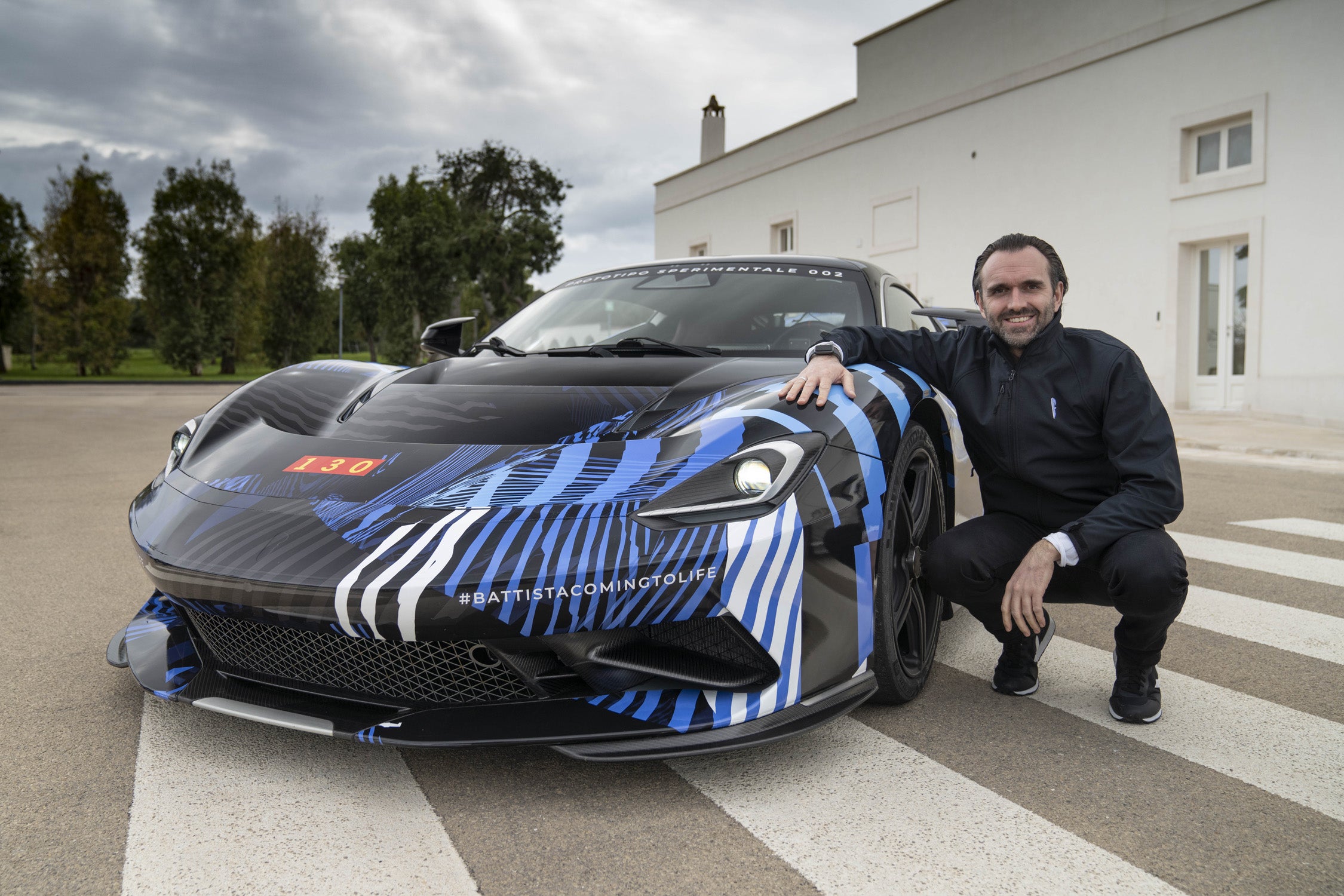 Rimac recently sent its chief test driver Miroslav Zrnčević to its suspension partner KW to meet hydraulics engineer Michael Rohn in front of their four-poster rig, so that they could shake the latest C_Two prototype across their vast database of track and famous road simulations from all around the world.

Every road condition under one roof, and at the end of the day, equally proud teams in Croatia, Germany at KW, and Italy.