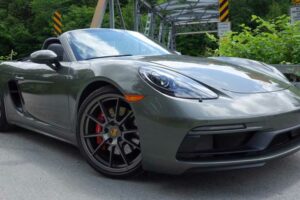 As of this writing, you might be contemplating where to take the kids on vacation now that the world is slowly getting back to a more normal place. Or you and your degenerate friends are deciding which recently reopened bars you can get yourselves banned from. But right now, in the summer of 2021, the people at Porsche are weighing an important decision as well: whether or not the next generation of Boxster and Cayman will go fully electric. I’m staunchly pro-EV at this point, but if there was ever a car that makes me mourn what we’ll lose in that transition, it’s the 2021 Porsche Boxster GTS 4.0.

With a big, naturally aspirated flat-six engine and, as tested here, a six-speed manual transmission, this flavor of Boxster is not the future of Porsche. It’s barely the car of today. But it packs a level of noise, driver involvement, and sheer, unbridled joy that the machines of tomorrow—fast as they may be—will have a hard time matching. 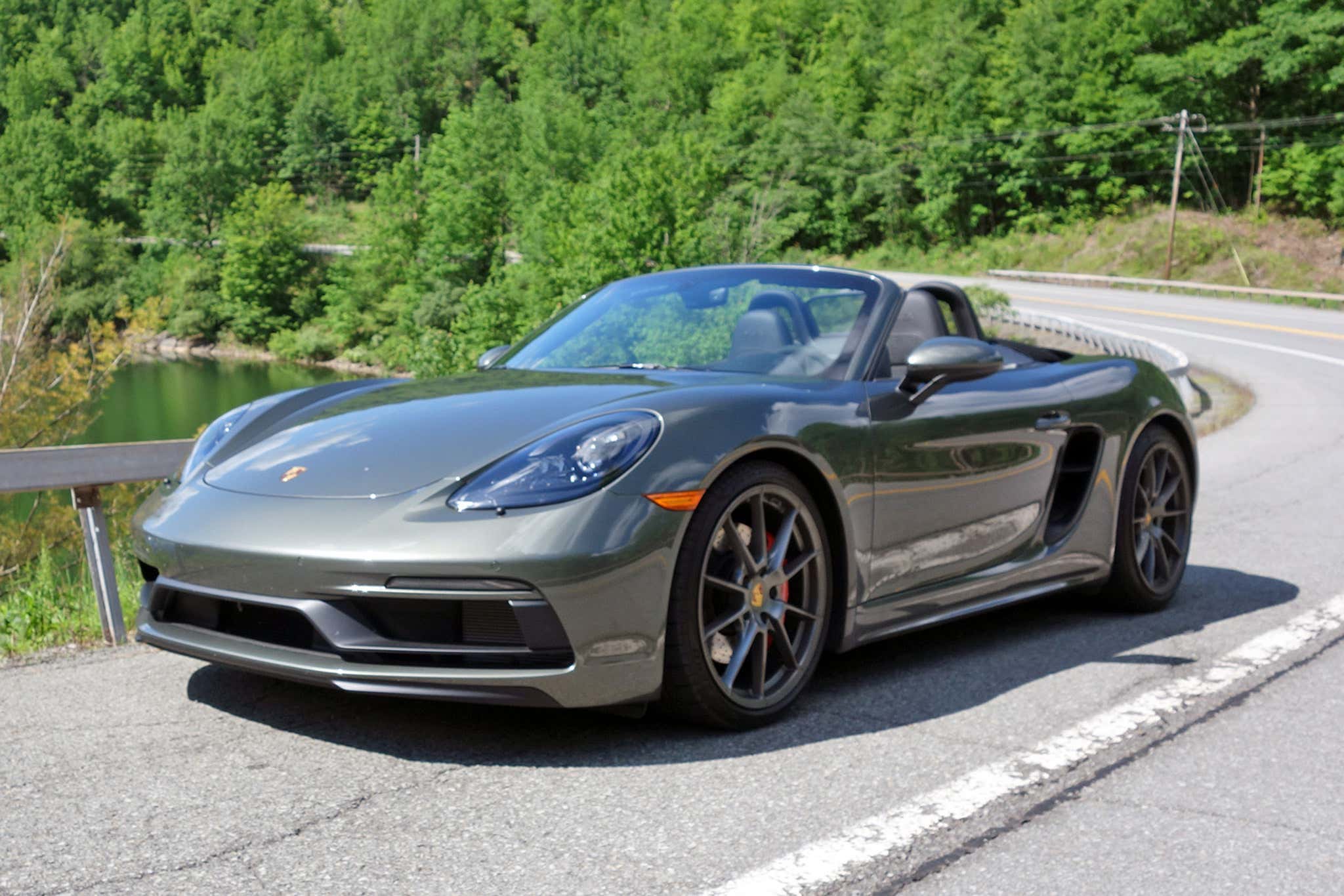 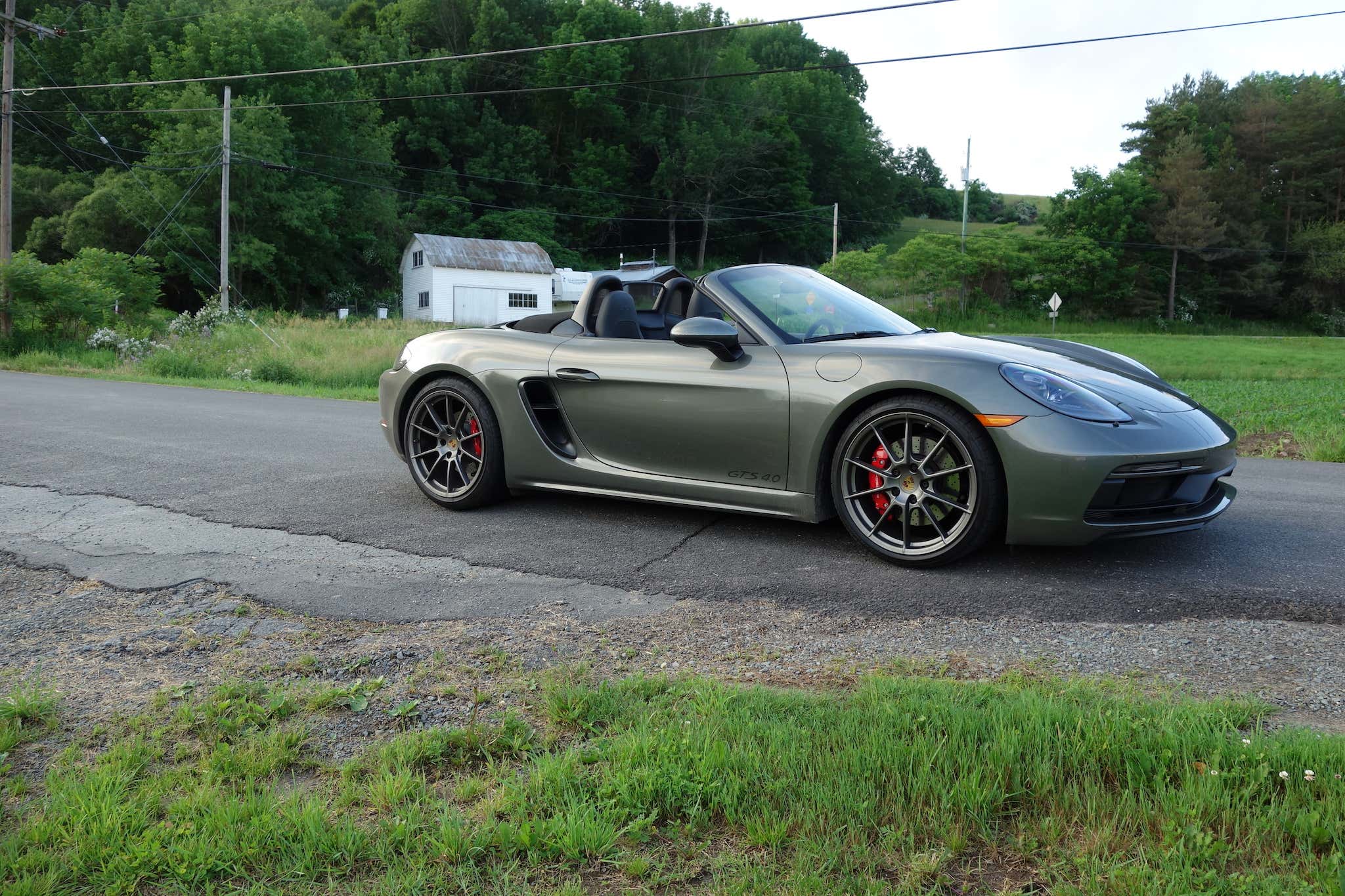 In some ways, the GTS 4.0 is a kind of apology letter from Porsche. The current-generation Boxster and Cayman launched in 2016, rechristened with the historic racing nameplate “718” and now with a 2.5-liter, turbocharged flat-four instead of the flat-six they’d always had. There were lots of reasons for doing this, including weight savings, putting some distance between these models and the 911, fuel economy, and the ever-important Chinese market, where cars are taxed on engine size.

Less impressed were the Porsche faithful, many of whom despised these new four-pot motors and yearned for the days of a non-turbo six. I was never one of those people; I liked the flat-four 718 motor just fine, even when critics said it sounded like a WRX—probably because I used to own a WRX and remain partial to them. 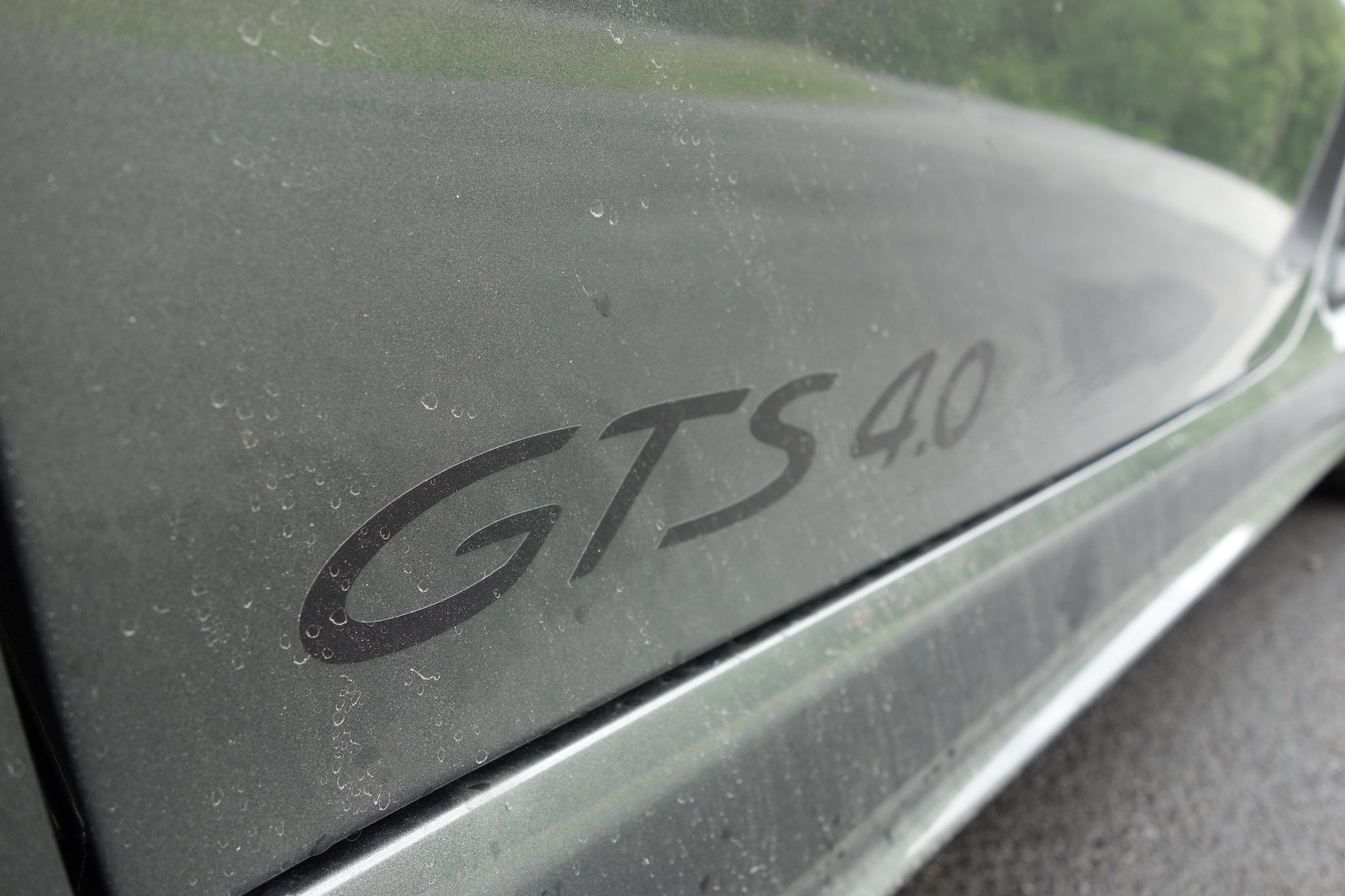 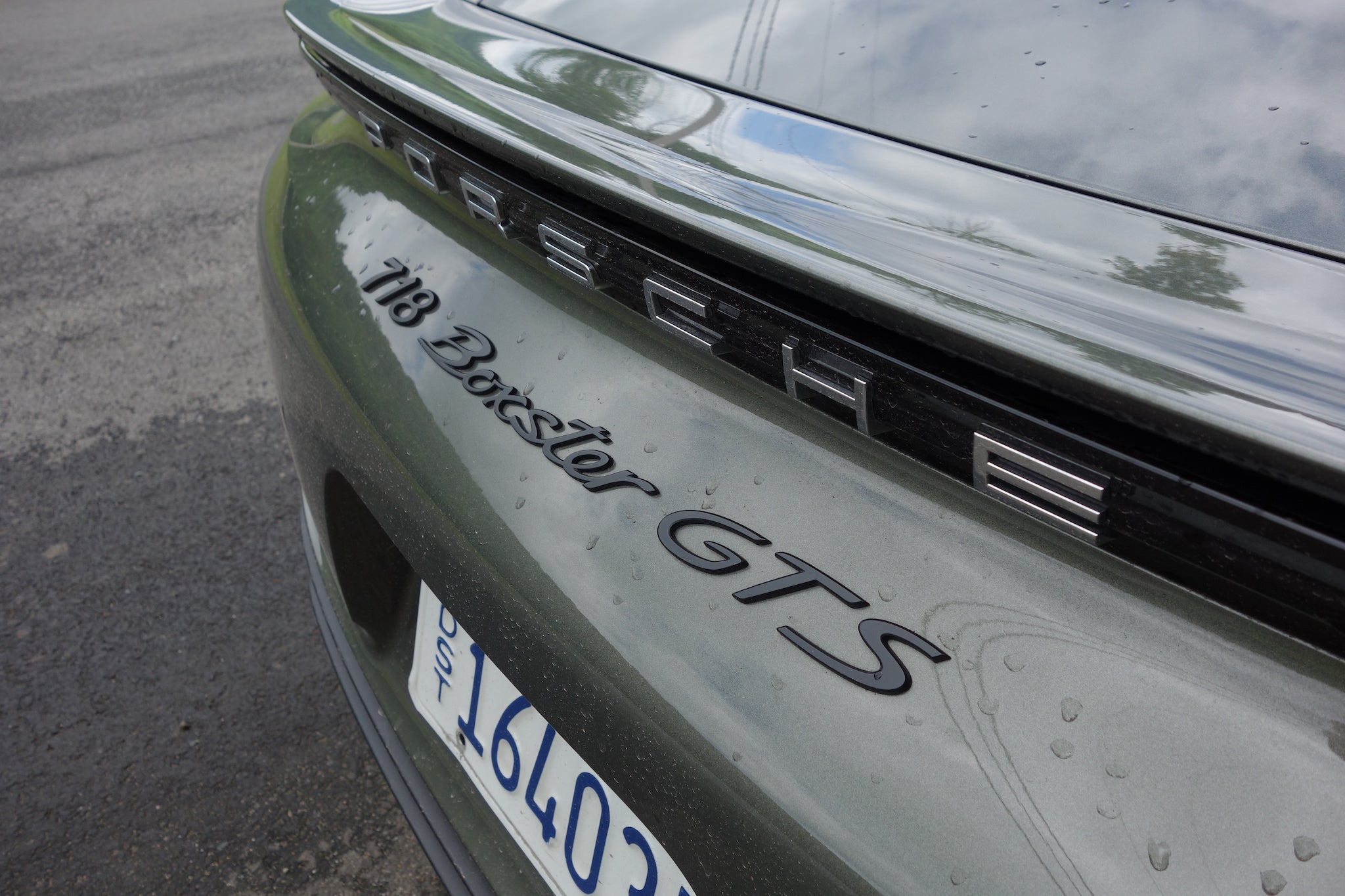 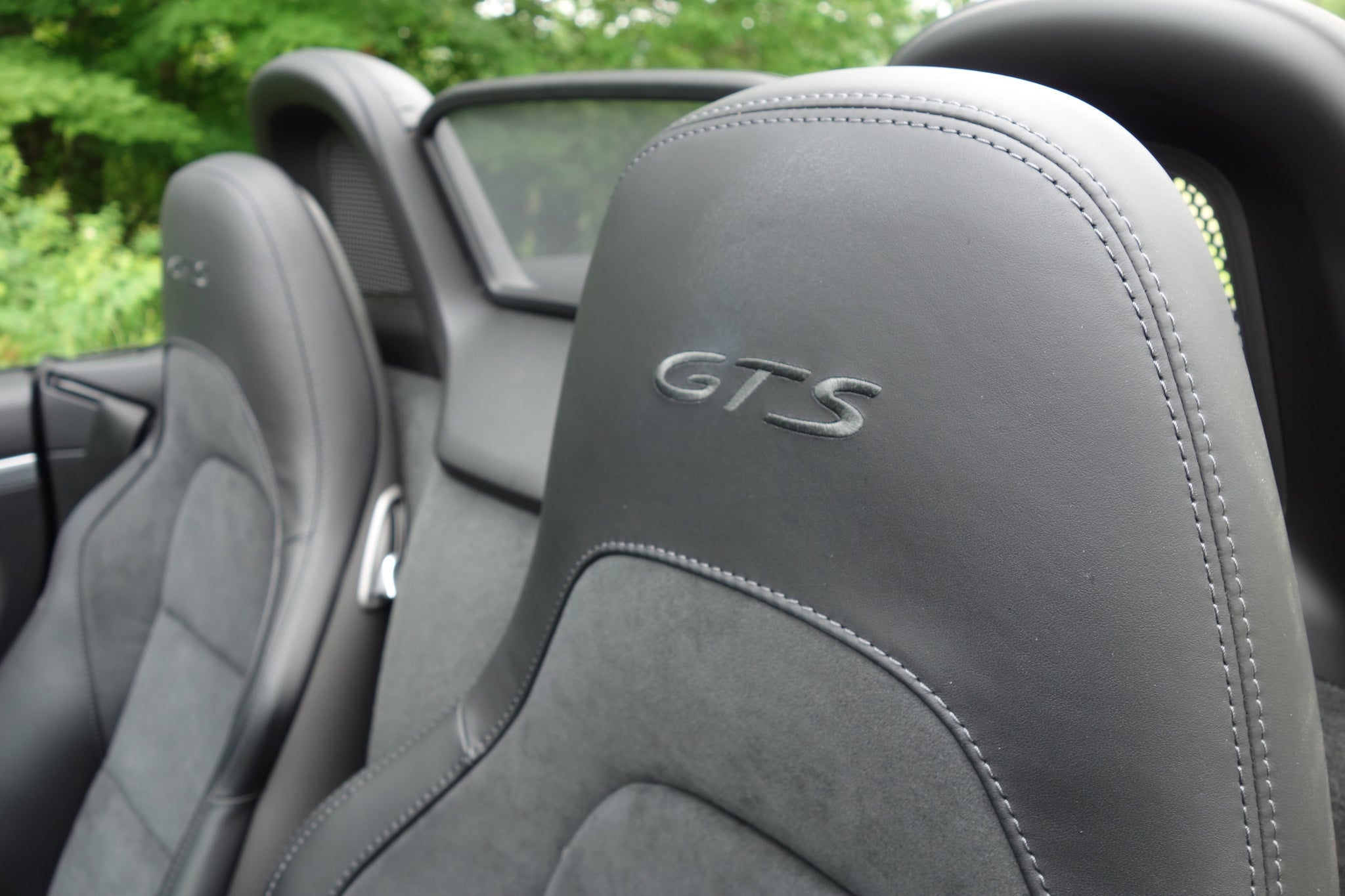 But Porsche still cares about street cred, it seems. Sales figures, too. They haven’t been great for the 718. So the decision was made to give the people what they needed: a proper six-cylinder motor for the Boxster and Cayman. It is a 4.0-liter engine, no turbos, no hybrid setup, just motor. First, it came at the very top of the range with the extreme, hardcore Boxster Spyder and Cayman GT4. Now, it comes in the slightly more livable (and much more available) Boxster and Cayman 4.0 GTS.

This motor is a bored, stroked version of the flat-six found in the 992 generation of 911 that trades two turbos for a liter of displacement. Here, it packs 394 horsepower (detuned slightly from the Spyder and GT4) and 309 lb-ft of torque, with a spectacular 7,800-rpm redline, all to move less than 3,200 pounds of two-seat convertible sports car.

So while I had no issues with the four-cylinder version, the GTS is, in many ways, the car the 718 always should have been. It’s something fast enough, sharp enough, and thrilling enough that you won’t care the 911 exists at all. Or the electric Taycan, for that matter, even if Porsche mulls yanking that motor out to swap in some batteries for the Boxster’s next go. 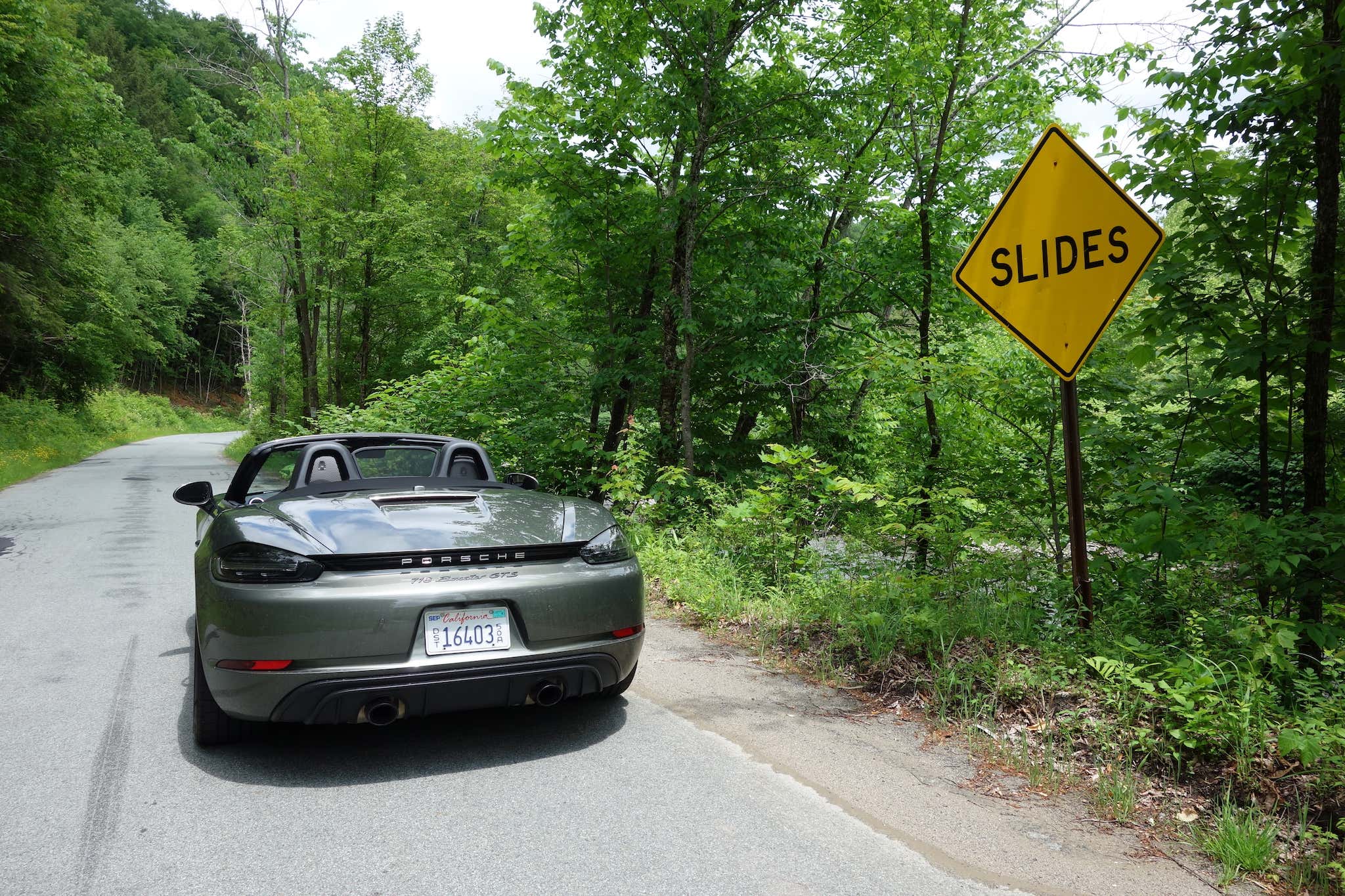 You’re damn right it does.

What More Do You Want?

The 718 GTS 4.0 I picked up in Manhattan was awfully close to how I’d spec this car myself if I had $100,000 to drop on a sports car, which, sadly, I do not. It came in a lovely shade called Aventurine Green Metallic, swapped the outstanding PDK dual-clutch automatic (a $3,730 optional extra) for a more engaging six-speed manual (genuinely, you can’t go wrong either way) and it packed the $3,000 adaptive sports seats, the $2,320 navigation system, $900 Bose sound system, and the $2,160 combination leather and “Race-Tex” suede interior.

I truly don’t care for all that suede, because I’m not a fan of Alcantara-style fabric and would rather have just leather. Otherwise, this was a great setup, with a mere $12,000 in options. Fairly conservative, by Porsche standards. I would also personally opt for a Boxster over a Cayman because I love convertibles, but there’s no incorrect choice either way. 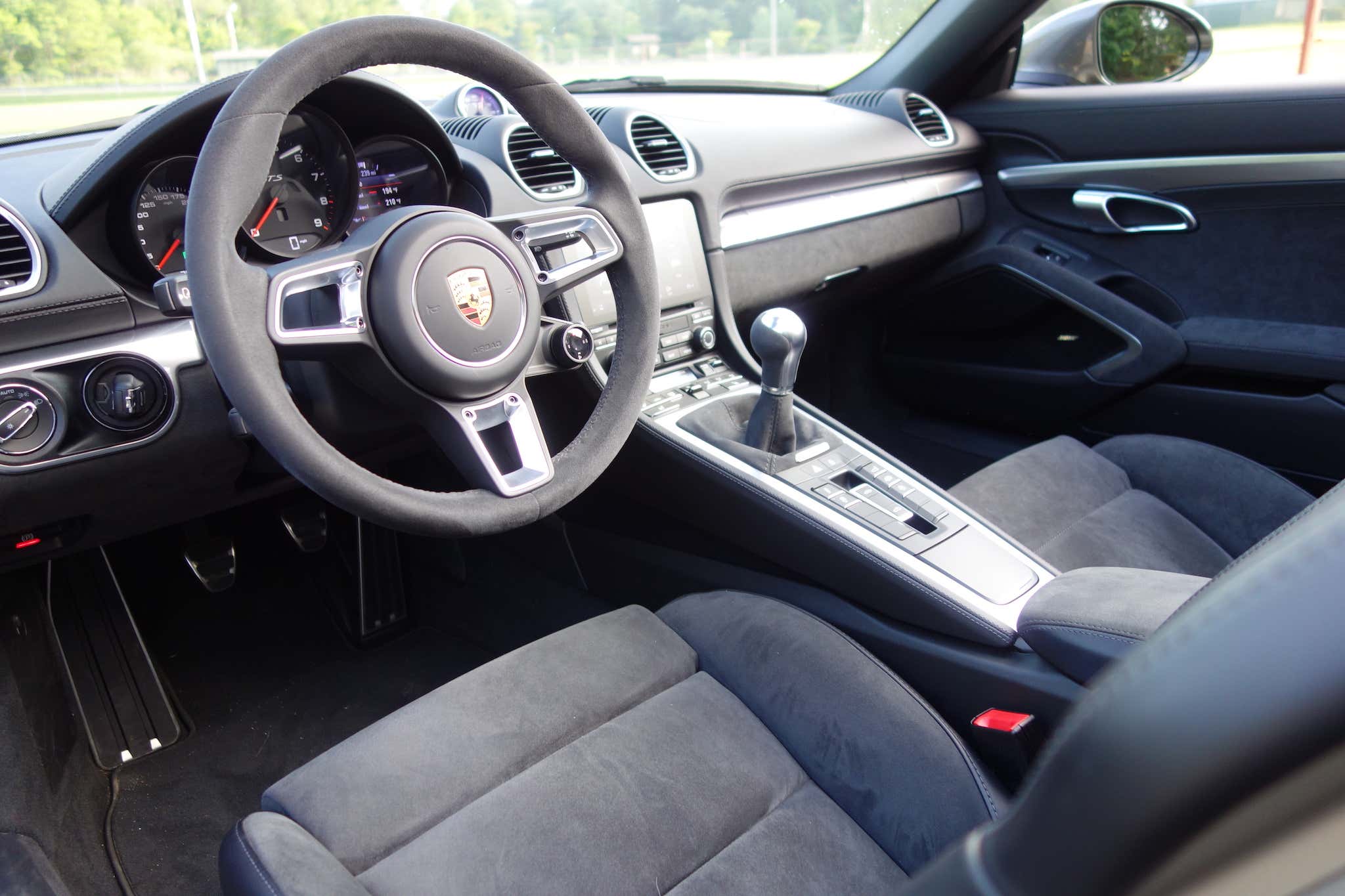 Inside, the 718 is showing its age a bit. There’s no wide, HD touchscreen like on the 992 or the Taycan, no all-digital dashboard, and physical buttons—while effective—feel almost quaint. The navigation isn’t all that impressive, and the infotainment itself feels a generation behind Porsche’s current offerings. Also, the cupholders that extend from the passenger-side dashboard are fairly useless, and there’s no good place to put your phone. I do wish it had some stereo control buttons on the steering wheel as well. 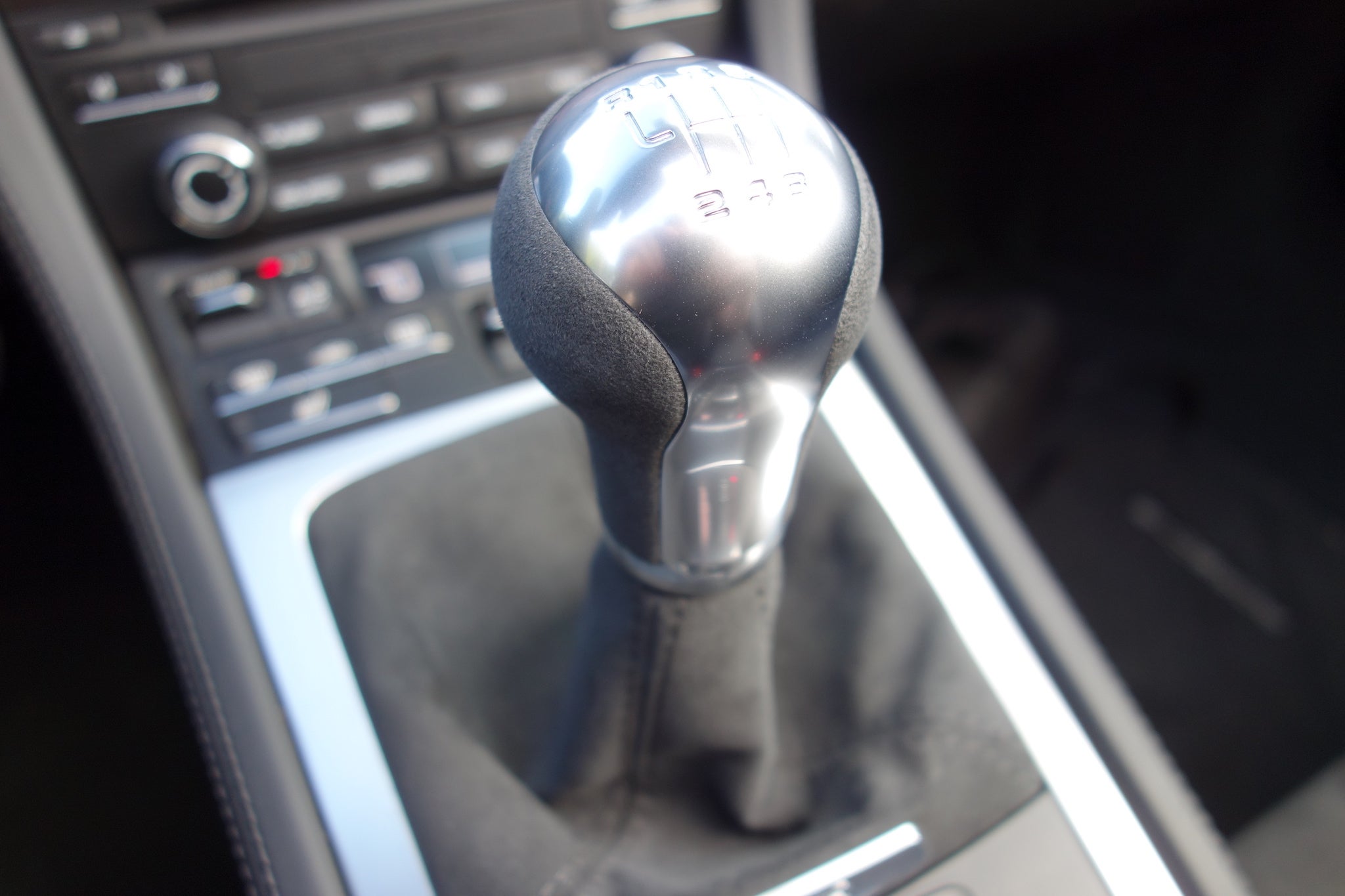 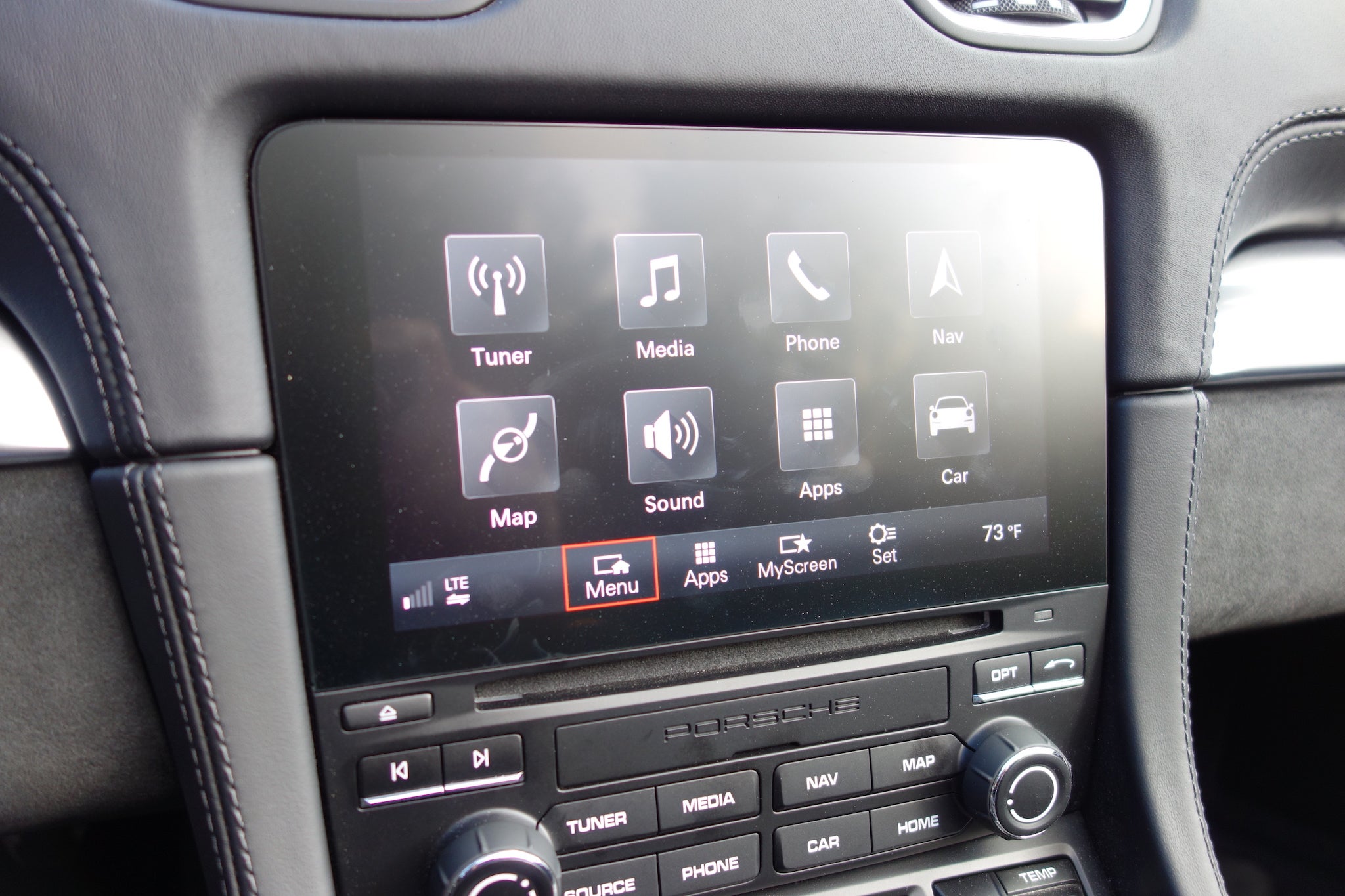 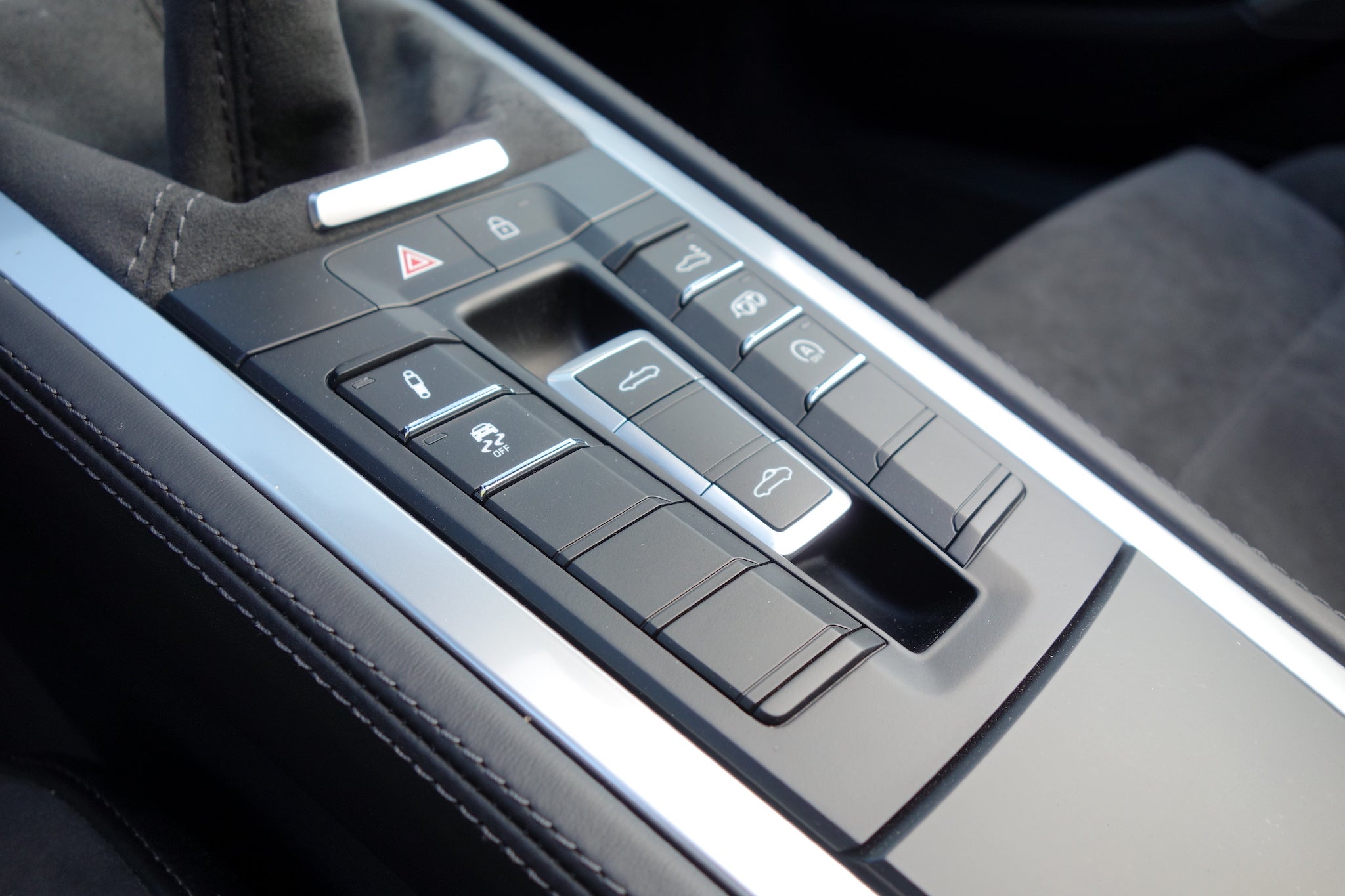 If those sound like minor quibbles you won’t care about in a good sports car anyway, or criticisms I added so I could seem objective and fair about a machine I really loved driving, you are absolutely correct. Between the dated interior, the manual gearbox, and the big, naturally aspirated engine behind the driver, the GTS 4.0 has a wonderfully old-school charm that feels refreshing in 2021, even if it’s behind the curve.

But it’s all in service of the driving experience, which ranks among the very best sports cars I’ve ever tested, full stop. 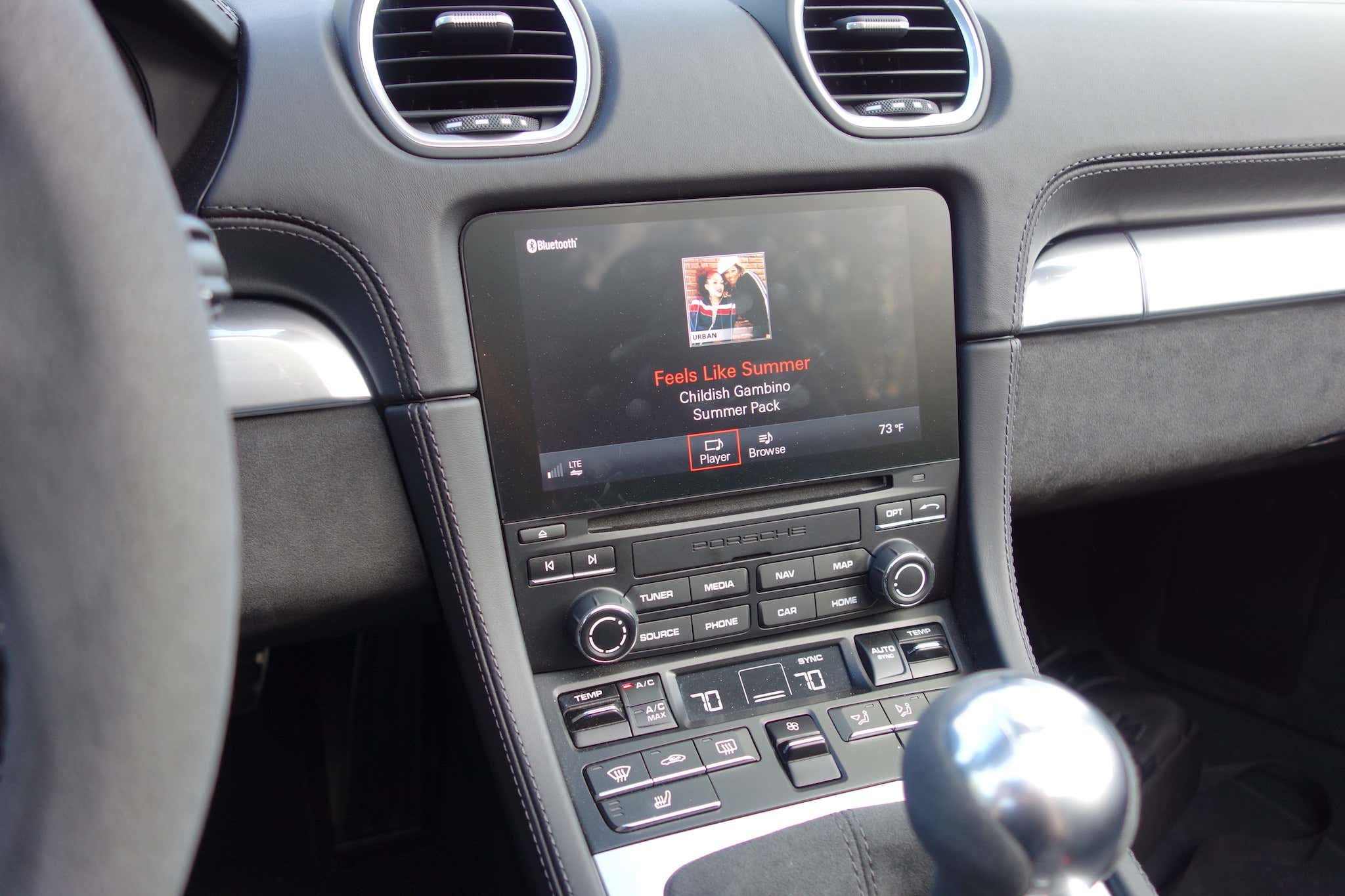 You Won’t Miss The Turbos

It’s such a rare treat to drive a naturally aspirated performance car these days. V8 engines are getting killed off left and right and nobody makes a mid-mounted NA flat-six car except Porsche. In an age of fake engine noises, dull and predictable power curves, and cheap, easy torque, this 4.0-liter six is a revelation. I absolutely adore this engine. 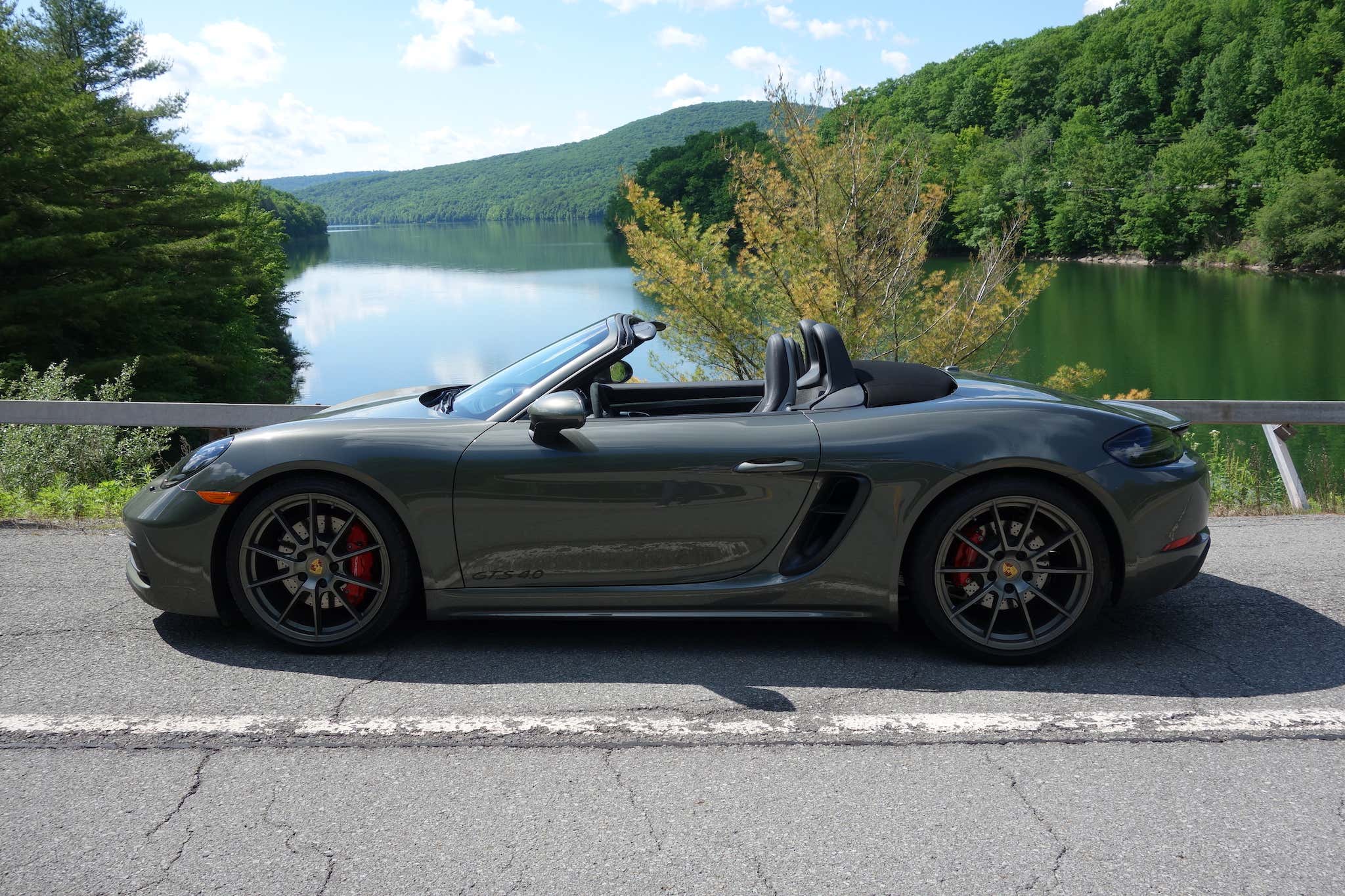 Torque is a bit on the sparse side at lower revs, but once the midrange punch comes on, it roars nearly all the way to redline. Revving is required to get the most out of it, and like most Boxsters and Caymans, the first few gears are super long, so you can do about 80 mph in second gear. That takes some getting used to. But then you find yourself keeping your gears artificially low on a good backroad, just so you can get the most out of the six and hear its incomparable wail. You’ll completely ignore the little arrow on the dash that tells you when to upshift for fuel economy. “Shut up, arrow,” you’ll say. “I’ll shift when I’m good and ready, and that’s at redline.”

The full six-cylinder symphony comes on full-blast around 4,000 rpm and it adds so much to the experience. It’s an explosion of engine sounds that no turbo motor can match. Even as I myself struggle with things like climate guilt and pragmatically accepting the benefits of our electric future, these are the things I will mourn as we move away from internal combustion. 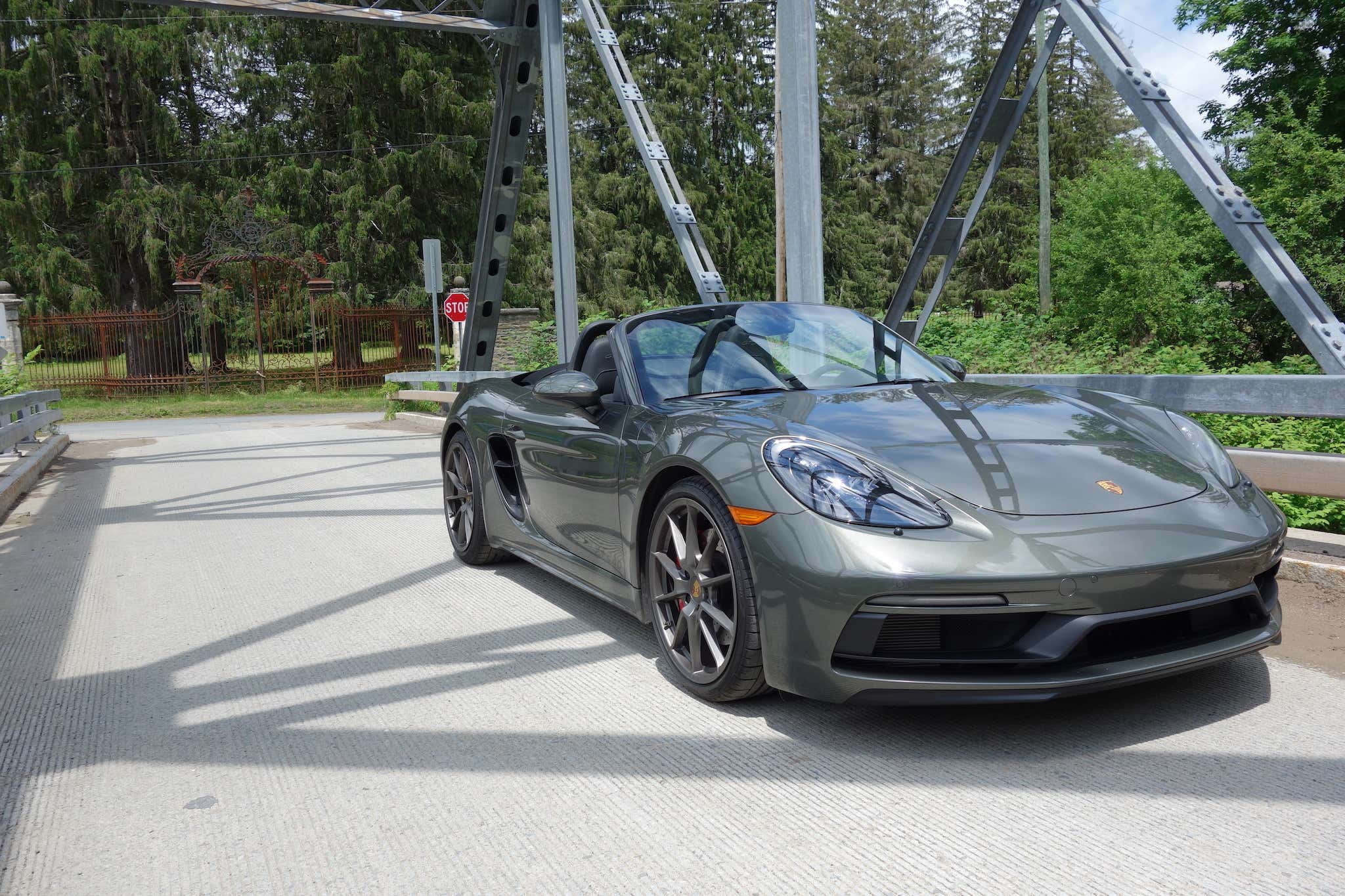 I also remember a time when a Boxster was considered “slow,” or a “hairdresser’s car.” Besides the obvious problems with the term (doesn’t everyone appreciate a haircut more now, after a year of lockdown?) this is a car that will ensure no hairdresser is ever late to work again. The zero-to-60-mph run happens in just 4.3 seconds, and the top “track speed” is 182 mph. Quick enough for you? In any real-world sense, it will be.

Toggle sport mode on, find a good road (and turn on the map like I did, so you can see the corners ahead), drop the top, and pretend you’re a race car driver. Or in a video game. Cliché as that sounds, it’s how this Boxster made me feel. It’s such a blast that you’ll pump your fist in the air when you get back to the main highway. These days, I have little patience for street cars that are so overpowered they can’t be enjoyed anywhere but a race track. The six-cylinder 718 can be fun basically everywhere; you have to push it to be fast, but the car’s capabilities are mainly limited to the road you’re on and your own skills. 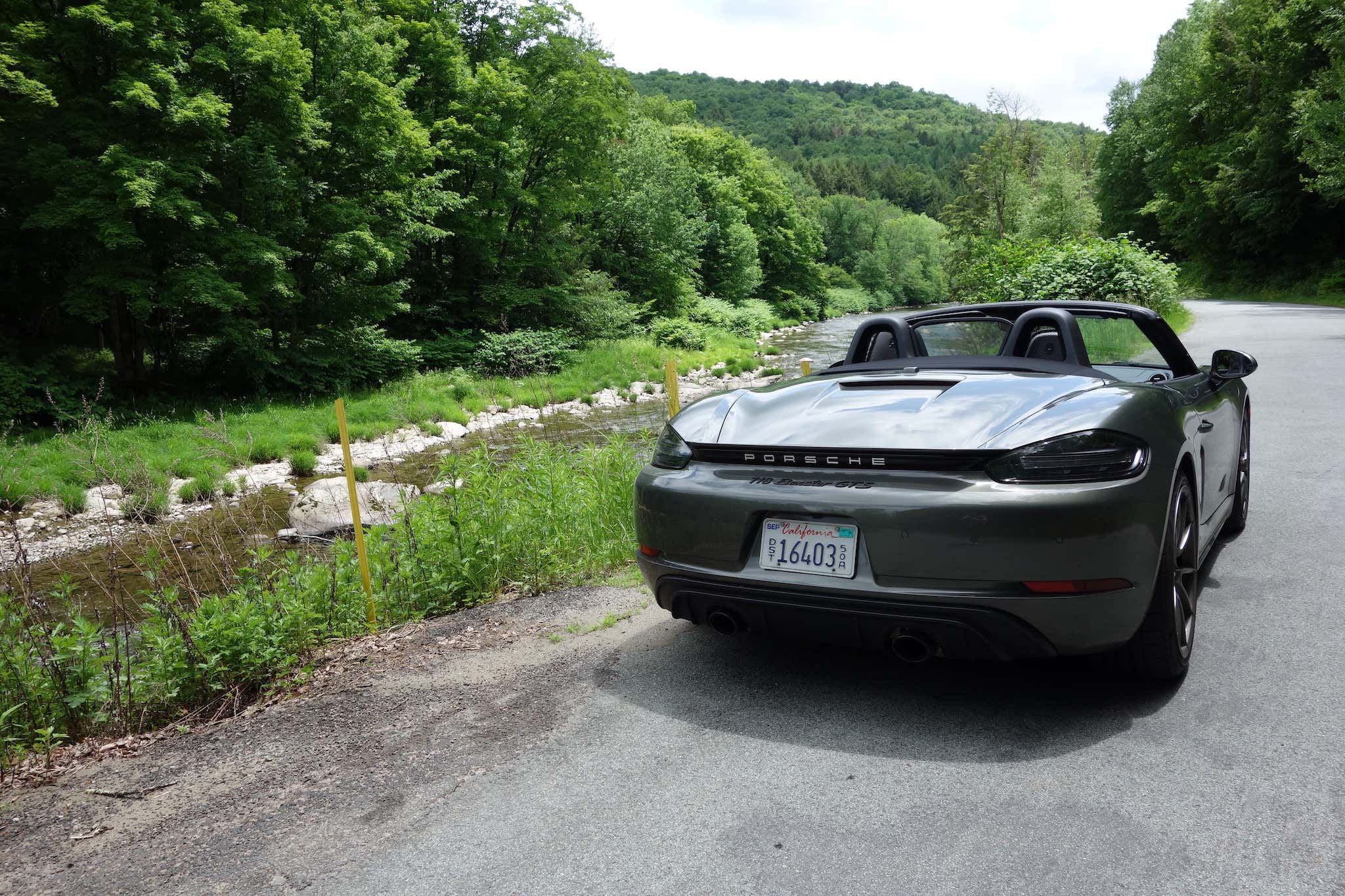 And it’s not so brutal that it can only be used on perfect days. The trunk and deep frunk offer some of the most practical storage options you can find on any two-seater. I did an airport run with three pieces of soft luggage, a laptop and 10 days of clothes and a little room to spare. The ride isn’t even a dealbreaker, either; it’s sports-car firm, but never punishing or oppressive. It certainly lacks the ultra-hardcore edge of the GT4. I’ve driven far worse in BMW’s M sedans.

As far as the chassis goes, it’s predictably tight, direct, almost telepathic with regard to control. Even with a bigger engine behind the driver, the 718 remains a supremely balanced machine that devours corners like the world is running out of asphalt to pour. If you can find a better-handling sports car, you should buy it. I’m not convinced you will.

Skeptics will certainly question a $100,000, six-cylinder Boxster, and wonder what the competition can do better for the same price—or cheaper. The C8 Corvette springs to mind, in particular. That’s a valid position to take. But I think merely asking that means you’ve missed the point of this car. 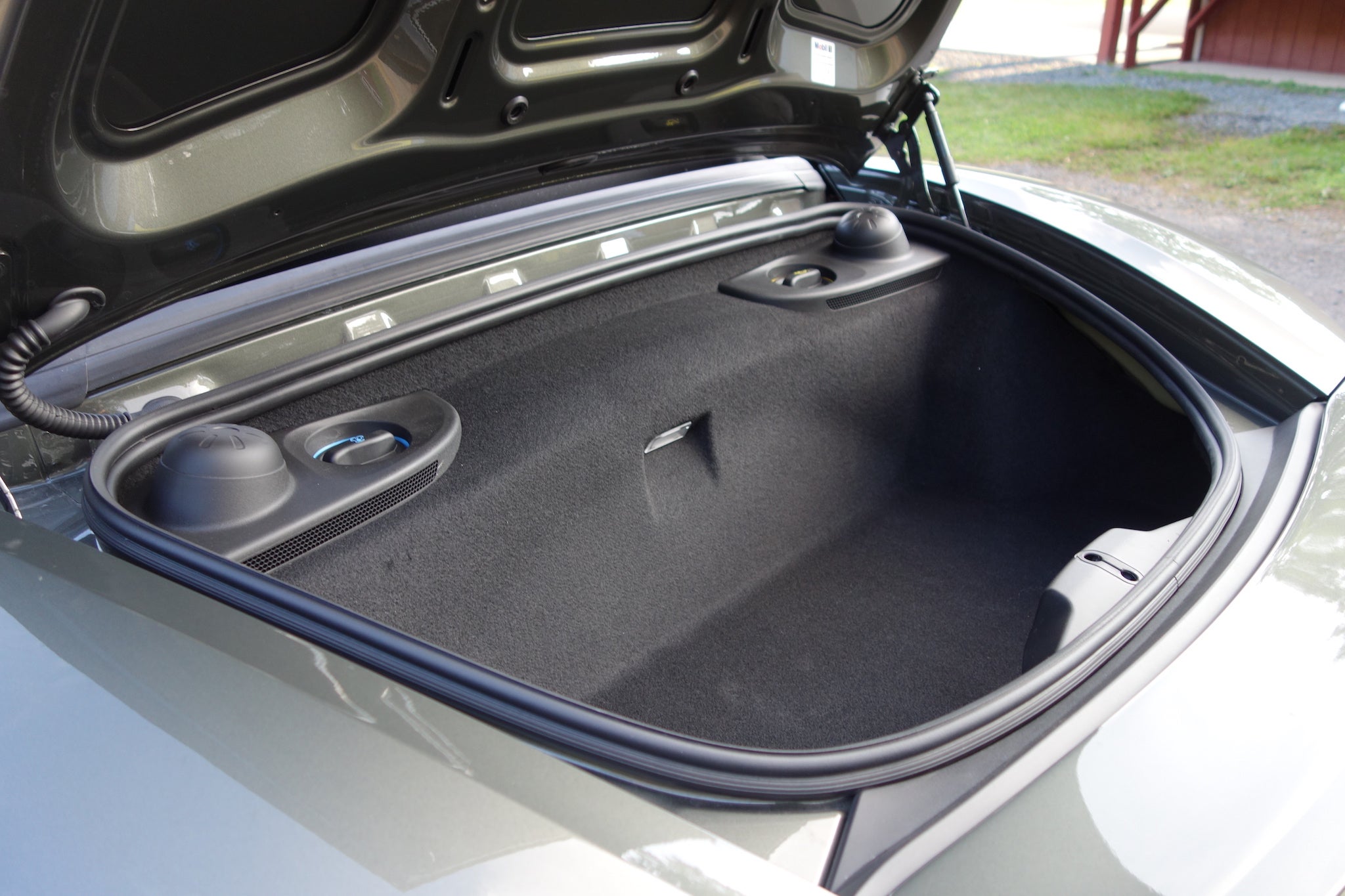 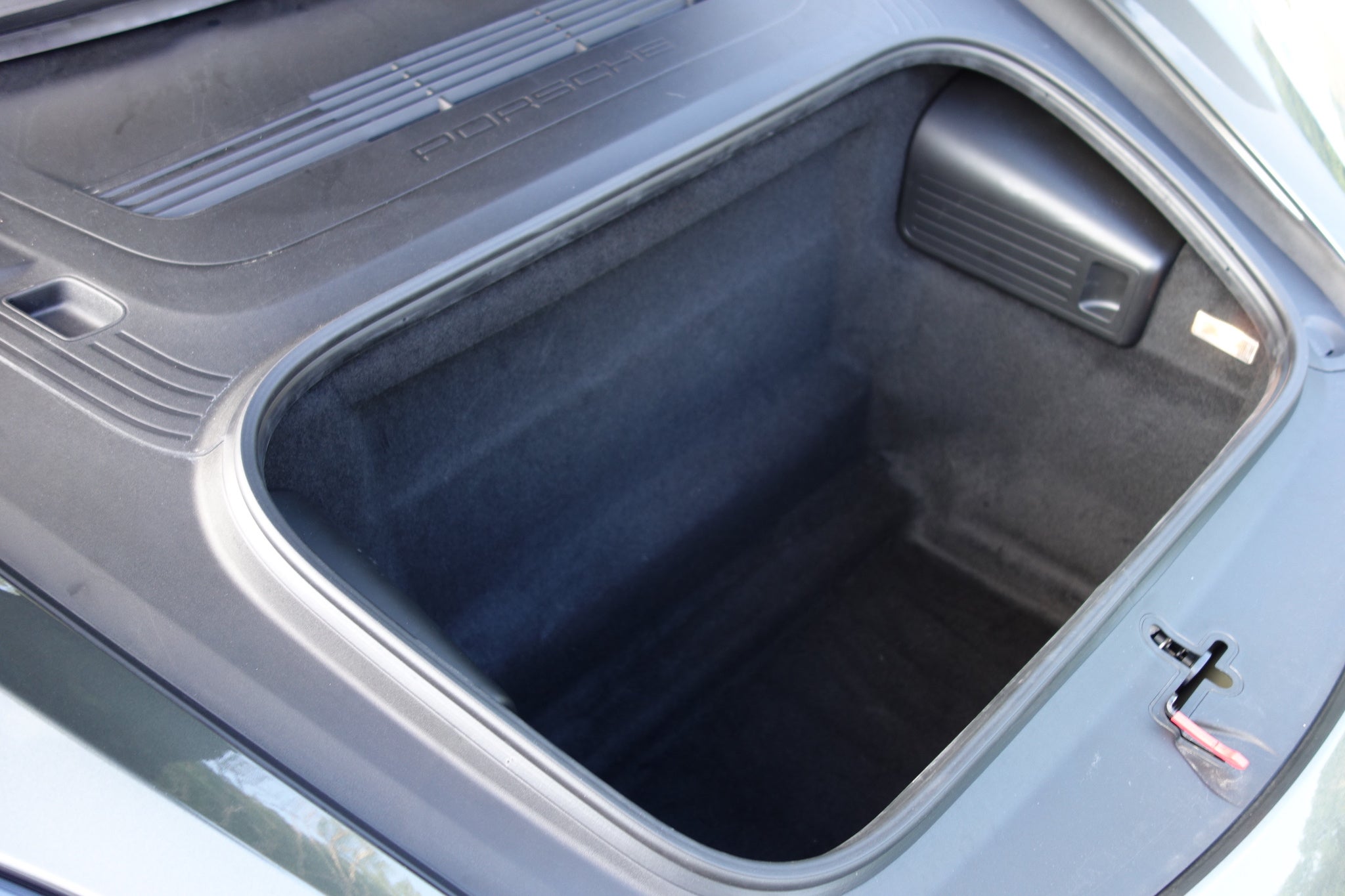 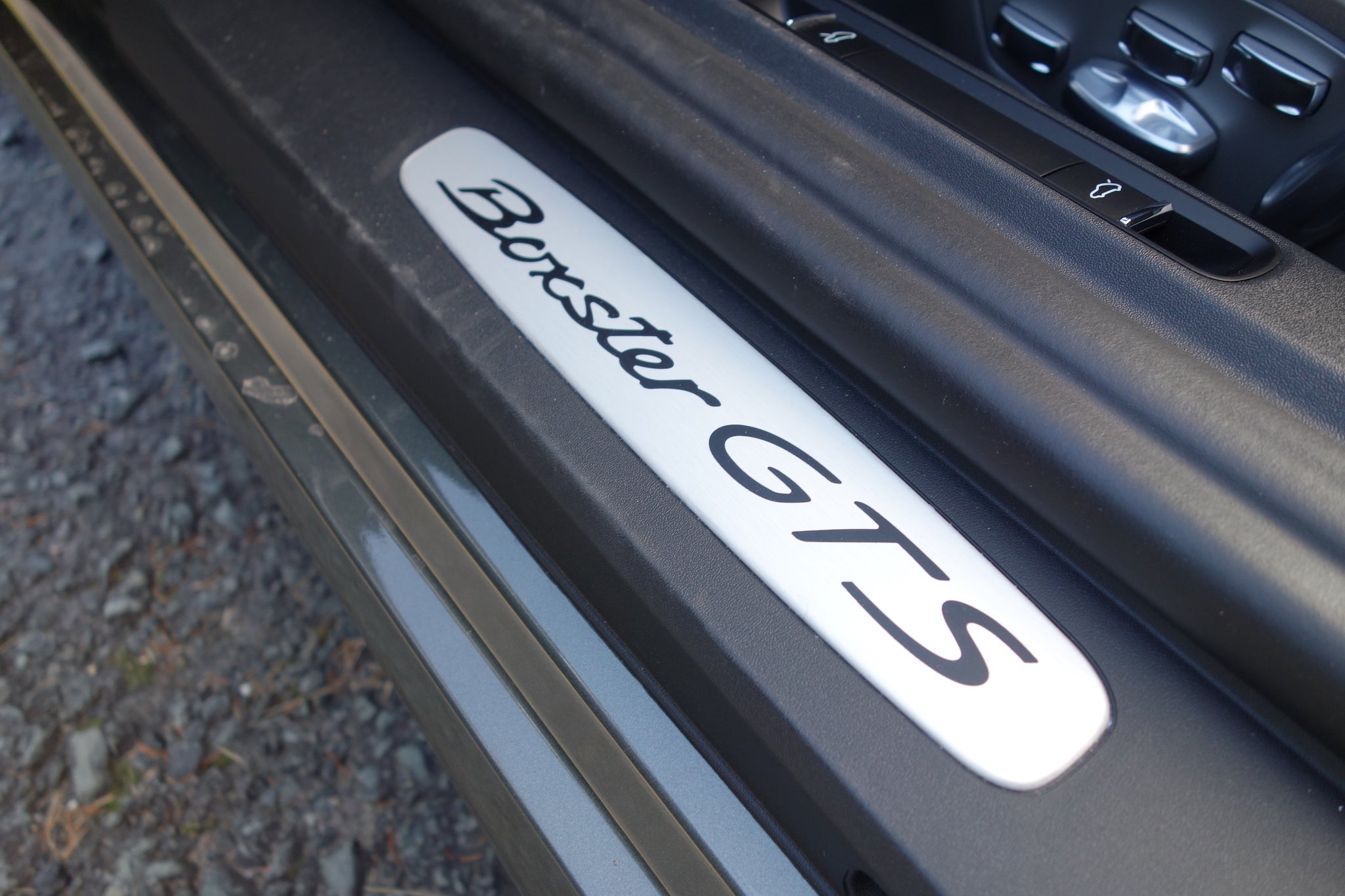 The 718 GTS 4.0 isn’t just an apology letter; it’s also a thank-you note. It’s for the fans, the Porsche stans, the Boxster (and Cayman) fanatics who have been clamoring for this setup for years now. And Porsche more than delivered. Pound for pound, this is one of the best performance cars you can buy in 2021, and one of the very best members of Porsche’s already excellent lineup. A case could be made that it’s the best, although I feel like that discussion is best made long into the night at one of those newly reopened bars you haven’t been kicked out of. Yet.

And there’s the idea that if you’re fortunate enough to afford such a car, you should do it now. Who knows if the next Boxster will really go electric or not? Understandably, weight seems to be the biggest problem with that idea. Batteries are still heavy. The original Tesla Roadster came in around 2,900 pounds, but then again, that was more than a decade ago now, so I’m not sure how fair the comparison still is. 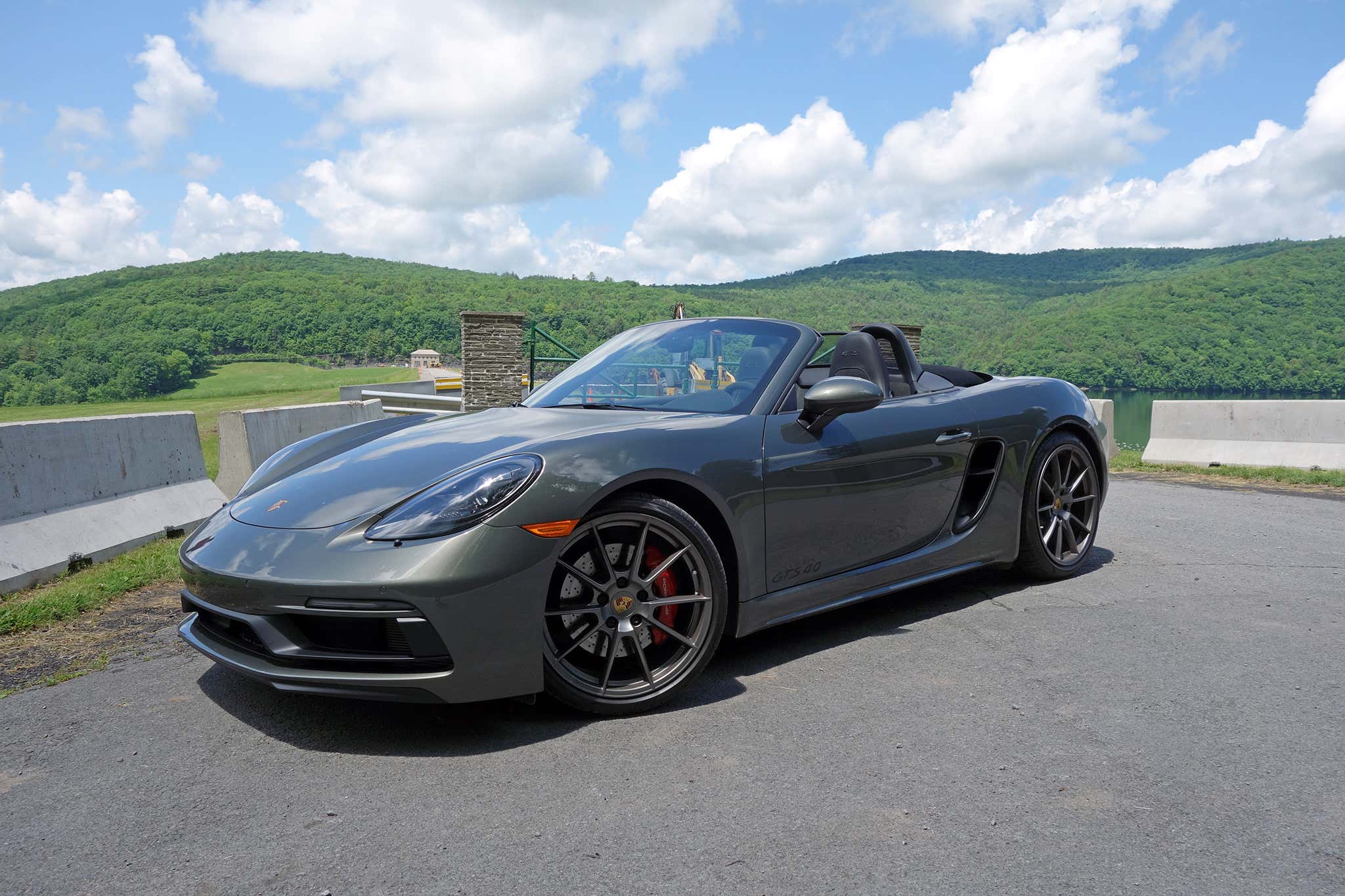 Porsche doesn’t really make “bad” cars. If the 718 models go electric, I have no doubt they’ll still be incredible drive. But for all their good qualities, they’ll be different. No more howling flat-six noise, no more three-pedal heroics. The 718 GTS 4.0 feels so rooted in the past we should be glad it exists at all right now, in 2021, with everything going forced induction, hybrid, or fully EV.