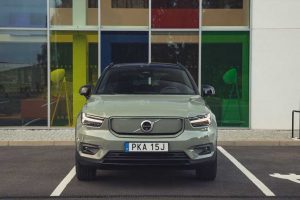 No one said it would be easy. Volvo has committed to sell only electric vehicles by 2030 and today hosted a virtual unveiling of the 2022 Volvo C40 Recharge, a coupe/SUV mashup that also becomes the second offering in the Recharge lineup of electric vehicles. But how is Volvo’s first EV offering going?

Circling back to the 2021 Volvo XC40 Recharge, Volvo’s first electric SUV, well, there is a snag. The EV’s launch is being marred by some software bugs that are holding up deliveries to customers.

Automobile first learned of the issue after being contacted by a customer who purchased a 2021 XC40 Recharge. This person was told their vehicle is sitting at a New Jersey port indefinitely because of issues with the Volvo on Call app. It appears Volvo sent the first batch of 2021 Volvo XC40 Recharge EVs to customers without activating the Volvo on Call software, a subscription service that allows the owner to use their smartphone for commands such as unlocking the vehicle and turning it on.

“They delivered the first batch without support and owners weren’t happy. Now they’ve just stopped delivery,” the frustrated customer tells us, adding that there also is no support for the Sirius satellite radio. Her new car is stuck in New Jersey with no date on when it might be delivered.

No clarity is forthcoming from Volvo itself. “The timing of U.S. customer deliveries of XC40 Recharge has not changed from the original schedule of Q1 2021,” is the response we got from Volvo spokesman Russell Datz who has not responded to further questions about the software problems.

We were not the only media outlet that was contacted. The Verge is also reporting that XC40 Recharge SUVs are being held at U.S. ports. awaiting a software update. A customer contacted The Verge to say he was supposed to get his XC40 Recharge at the end of February. Yet, his SUV is also still at the port in Newark, New Jersey, and might be there until mid-April.

The 2021 XC40 Recharge uses Volvo’s new Google Android-powered infotainment system which can handle over-the-air updates, allowing upgrades to apps and vehicle software to be downloaded while the vehicle is parked. The expectation is the fix will fly through the air to the XC40s parked in U.S. ports sooner rather than later.

Volvo is not alone in facing software-related holdups. Volkswagen, which has made the biggest commitment to electric vehicles of any automaker, faced delays in the launch of the VW ID3 for Europe last year because of software glitches.

Volvo to Sell Only Electric Vehicles by 2030

It’s an inauspicious start for Volvo’s EV ground game in America. The automaker was one of the first brands to commit to an EV future, announcing in 2017 that all new models from 2019 on would be fully electric or a hybrid. The target is to sell 1 million such vehicles with new models to come from Volvo and its Polestar spinoff.

Today, Volvo is on track to shift half of its sales to fully electric vehicles by 2025. A new fully electric car, to be marketed under the Recharge banner, is expected every year, starting with the Volvo XC40 Recharge. CEO Hakan Samuelsson said he wants Volvo to be an electric-only brand by 2030.

Volvo plans to launch a new family of electric cars and they will be sold online only, through the volvocars.com online store. To make it easier for customers, Volvo will reduce the complexity of the EVs, making ordering easier.

But Volvo will not close its existing dealerships. Already the automaker sells some vehicles through dealerships and other models must be ordered online.