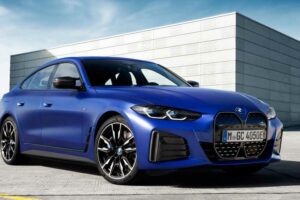 When BMW announced the i4, the idea sounded cool. An electric BMW that’s supposed to give you the classic Ultimate Driving Machine experience with a flashy EV look. Not the charming shonkiness of an i3 nor the pricy tedium of an i8, it’s a sport sedan that’s supposed to feel a bit special, and definitely look nice enough to turn a few heads.

Does it? Ah, I don’t really know yet because they’re not out in the wild. But that hasn’t stopped BMW from announcing two more performance-oriented versions. They’re tweaks, not reworks of the i4, but it’s still ok to get excited because the i4 M50 is the first time BMW has made a proper M version of an EV. 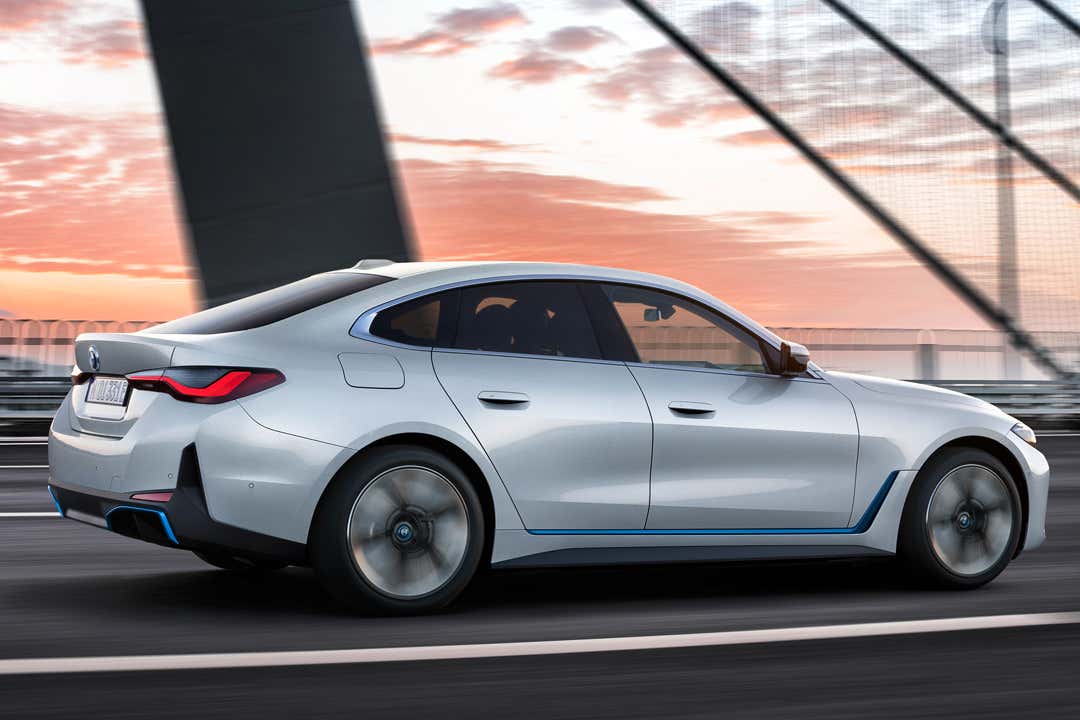 First thing’s first: the 2022 BMW i4 eDrive40 and i4 M50 are both i4s, so they are similar in a lot of aspects. There’s the same interiors, mood lighting, curved screen, the whole nine yards. The M50 is slightly sportier-looking externally and has been particularly reprofiled at the front, with the rear changed for more aerodynamic effect.

There’s better range on the eDrive40 by a good distance; 300 miles, compared to the M50’s 240. They use the same i4-specific battery with 81.5kWh of usable energy and 200kW fast charging, but the horsepower difference on the M50 inevitably makes it more of a juice-guzzler than the eDrive40’s more restrained approach. The i4 eDrive40 showing off everyone’s favorite BMW feature

Regen also differentiates the cars; the M50 can grab back up to 195kW under braking, the eDrive40 a still extremely respectable 116kW. Going over 100kW for a production car, while it’s not hitting the EQS’ insane 290kW figure, is good going and definitely one of the respects in which the i4 can say it’s succeeded at challenging Tesla.

As you’d expect for an M edition, the M50 has more than aesthetic stylings when it comes to performance. It’s tooled up a considerable few notches from the eDrive40 and includes a “sport boost” function that can push both motors to an extra 67 horsepower output for up to ten seconds. That’s how it gets to claim a zero-to-62 mph time of 3.9 seconds, over the eDrive40’s considerably more sedate 5.7.

What might feel a lot less like a real performance version, though, is that the M50 has a top speed of 140 miles per hour. Admittedly, EVs aren’t great track day cars whatever you do with them at the minute but it feels a little bit of a bummer to keep the safety lock on it, while the eDrive40 caps out at a sort of pedestrian 116 mph. Being electric, those top speeds are artificial limitation, not the car’s ultimate performance so they’d be able to reach them comfortably. The M50 does slightly pose the question: what’s the point of the eDrive40? It’s a cheaper, slightly more basic version of basically the same thing, which is already a sporty reworking of a car that it shares huge amounts of its identity with.

BMW hasn’t really given an answer on that front and maybe it’s a case of needing to get behind the wheel to make sense of it. Either way—and whichever tickles your fancy more—they’ll both be available to order in the U.S. in early 2022.