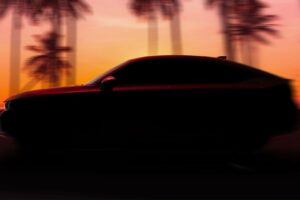 We’ve already seen the upcoming 11th-generation 2022 Honda Civic Sedan, which will arrive in the U.S. later this year. However, we’ve yet to see the hatchback version, a classic member of the Civic lineup that’s so far been a bit elusive. Well, it becomes a little less elusive today, as Honda released a shadowy teaser image of the Civic hatch posing against a sunset and some palm trees.

The sole image of the car Honda gave us is taken from a profile perspective, showcasing the vehicle’s elevated roofline and not much else. Even after we brightened the image, there really isn’t much to see here. At least it’s a pretty picture. 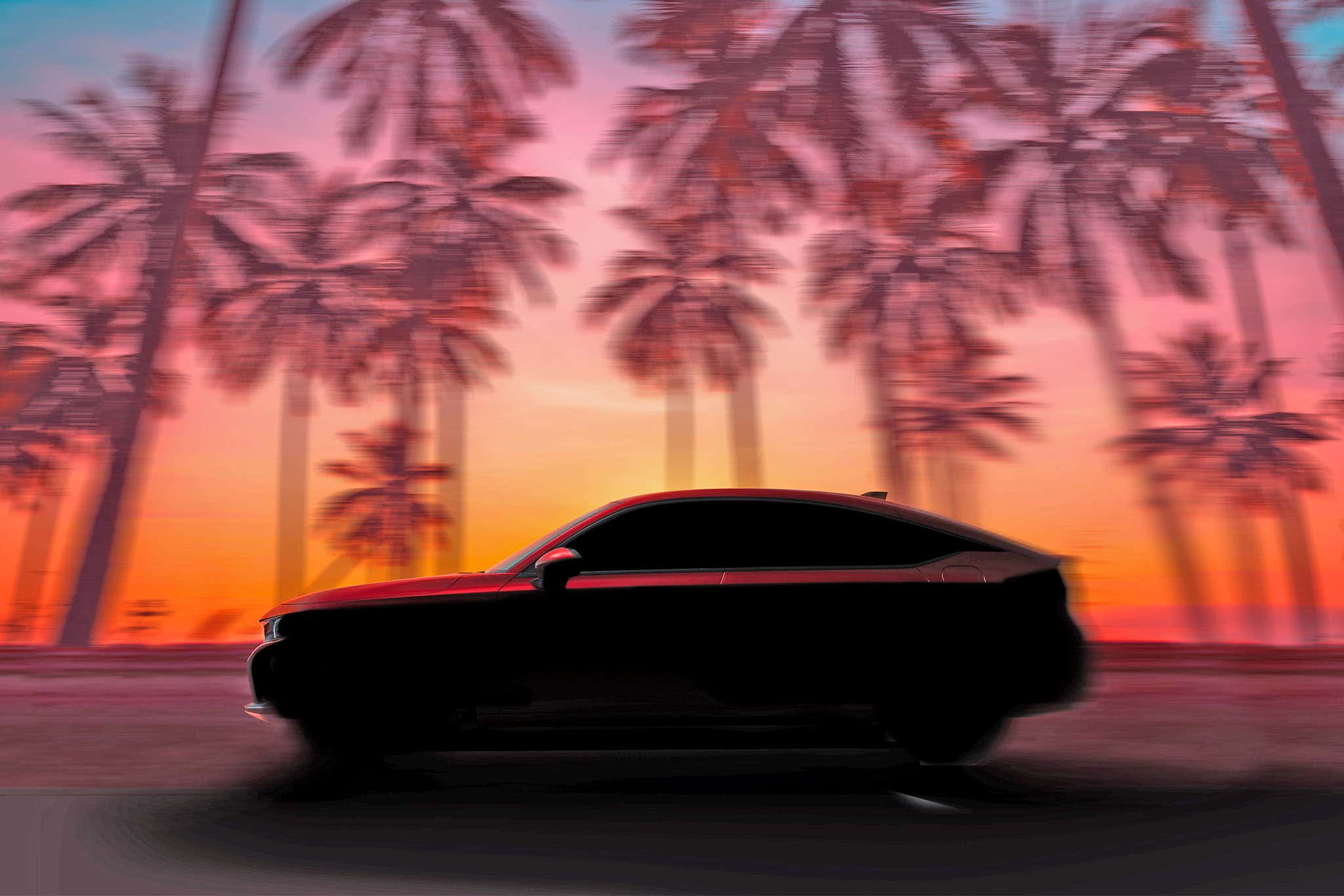 The brightening did at least clear up the rear portion of the Civic hatch’s window profile, which looks pointy and sharp similar to the current one. Thanks to our pumped-up image, you also get a much better look at the shape of the fuel door. Yeah, you’re welcome.

In a press release, Honda reiterated that the fact that the Civic hatch—unlike its sedan cousin—will be built in the United States at Honda’s Greensburg, Indiana plant. It’s actually the first Civic Hatch to ever be built stateside, which is pretty cool. The sedan is built further north in Canada, at a facility in Alliston, Ontario. 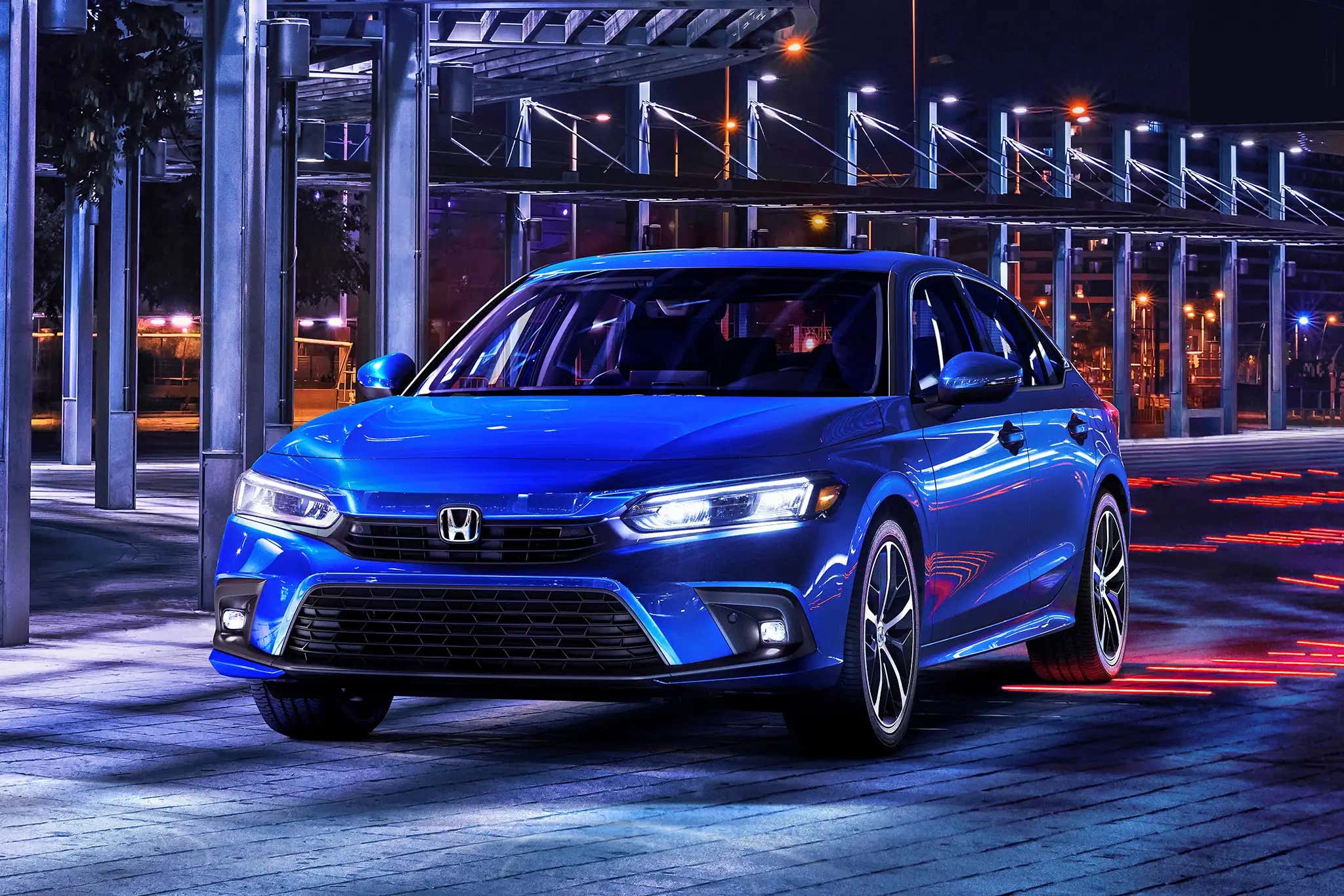 In terms of specifications, the new hatchback will likely get the same sorts of drivetrains and options as the sedan, although the Type R trim will be hatch-only, according to Honda’s history of making the highest performing Civic unavailable as a sedan or coupe. The standard drivetrains currently confirmed for the sedan include a 2.0-liter, naturally aspirated four-cylinder engine that makes 158 horsepower, and a 1.5-liter turbo-four with 180 horsepower. Both engines come with a CVT, although Honda confirms a stick shift will be an option on performance-oriented Civics.

More information about the new Civic hatchback will arrive on June 23, so stay tuned.