Home » News & Features » 2022 Honda Passport TrailSport Rugged Roads Concept: What the TrailSport Should Have Been

2022 Honda Passport TrailSport Rugged Roads Concept: What the TrailSport Should Have Been 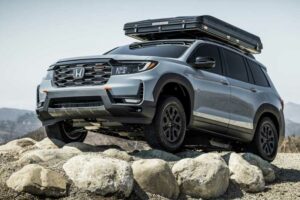 The Honda Passport is getting a much-anticipated refresh for 2022, updating the midsize SUV’s aging looks and adding an all-new TrailSport model geared towards those looking for something a bit more rugged. But there’s more.

On Thursday, the automaker expanded even further on the new redesigned Passport’s ability with its Rugged Roads Project by outfitting it with gear and accessories which give the SUV even more of an ability to hold its own as an overlanding sherpa. 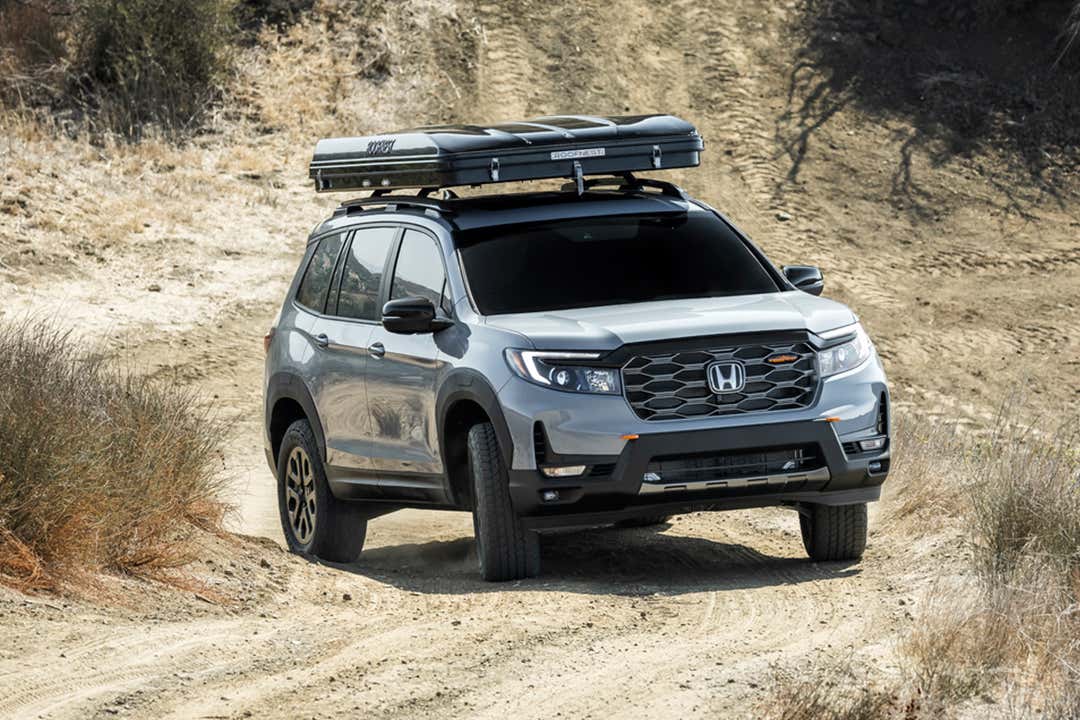 Together with YouTuber Jon Tuico of JonDZ Adventuring, Honda worked to build out its vision of an even more rugged TrailSport suited to be even more capable of traveling off-road. The result was its Rugged Roads Project, or what the automaker calls its “vision” for future off-road capable production TrailSport models.

From a mechanical standpoint, not much has changed. However, Honda knew that they wanted a bit of additional ground clearance on this build so it added a Jsport suspension lift kit for some additional room underneath the vehicle.

The automaker also wanted some additional grip when hitting the dirt, so it equipped the SUV with Firestone Destination A/T2 all-terrain tires. Honda says these give a good blend of on-road and off-road driving—something welcomed by overlanders who do quite a bit of mixed driving to their destination. 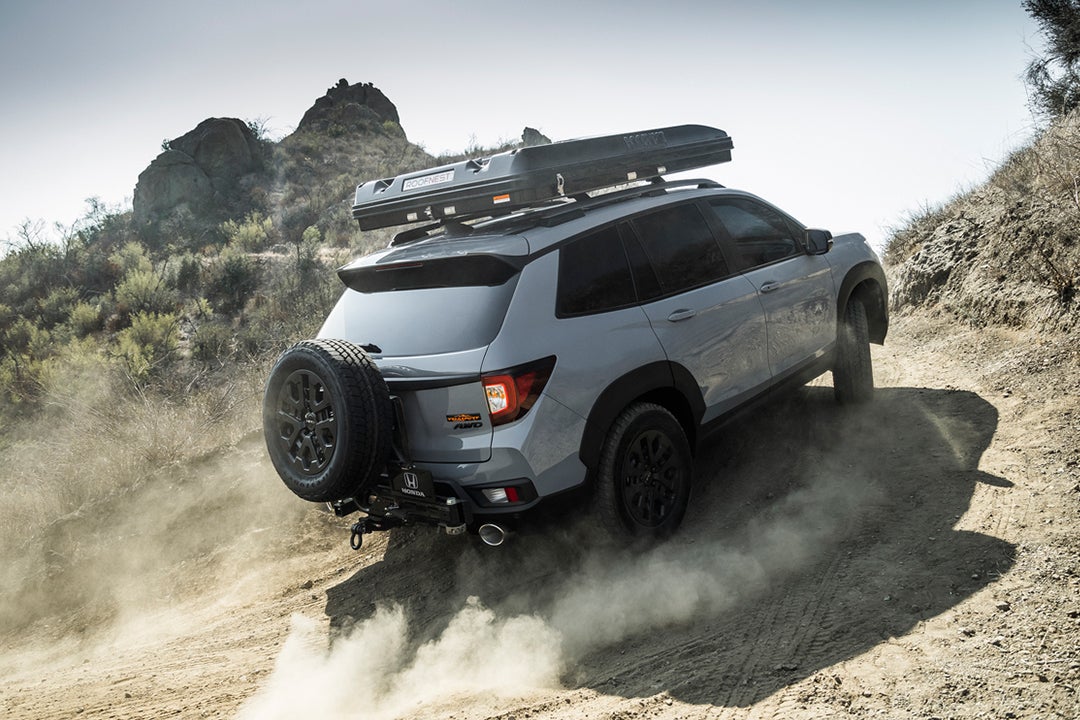 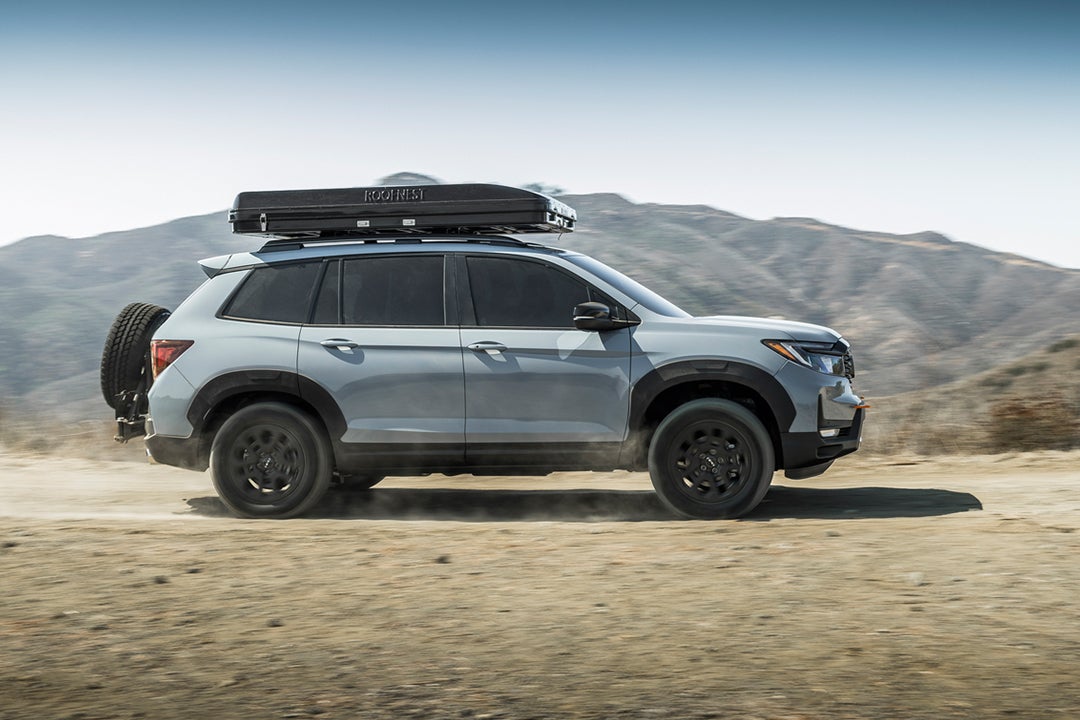 Capability is the name of the game when you’re traveling far from the paved road. That also means being safe from atypical hazards and, should the need arise, easily be freed from any dangers.

For recovery, Honda added custom-fabricated recovery points painted in the same TrailSport orange as the Passport’s other accessories. These recovery points are rigid and functional, according to Honda, and actually came from a prototype vehicle R&D’d for the Rebelle Rally. Honda also notes not to get too attached to this design, though, because future models might not have such a prominent and straightforward design poking out of the front bumper.

To tackle resiliency, Honda added some stainless steel skid plates which protect both the oil pan and fuel tank from hazards. 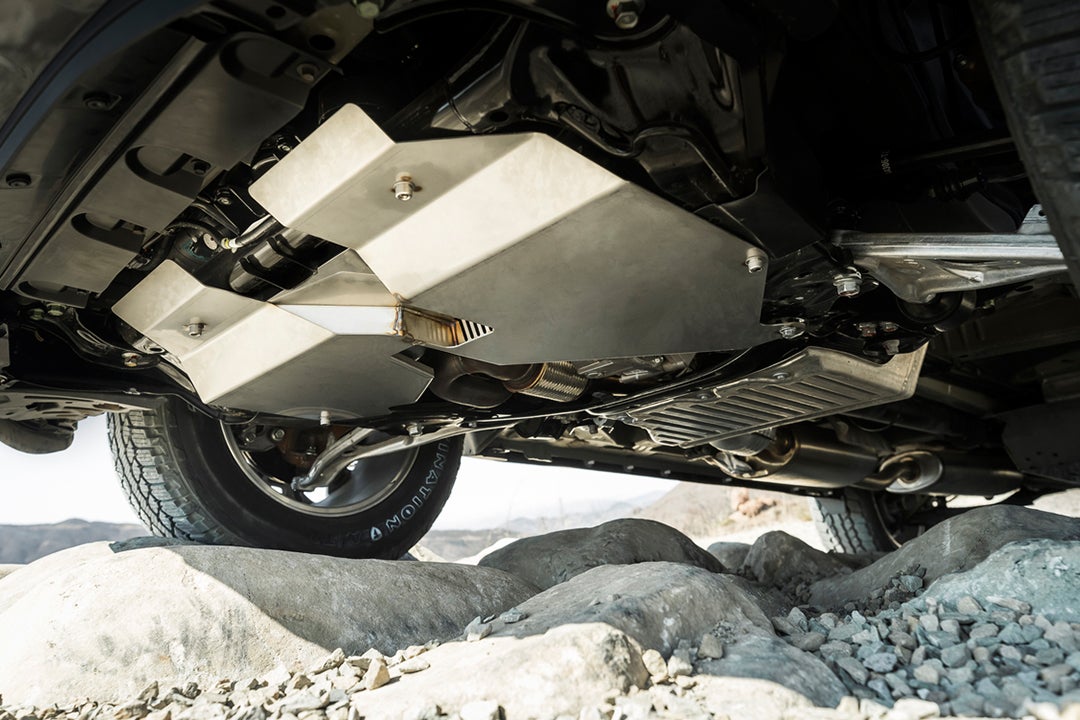 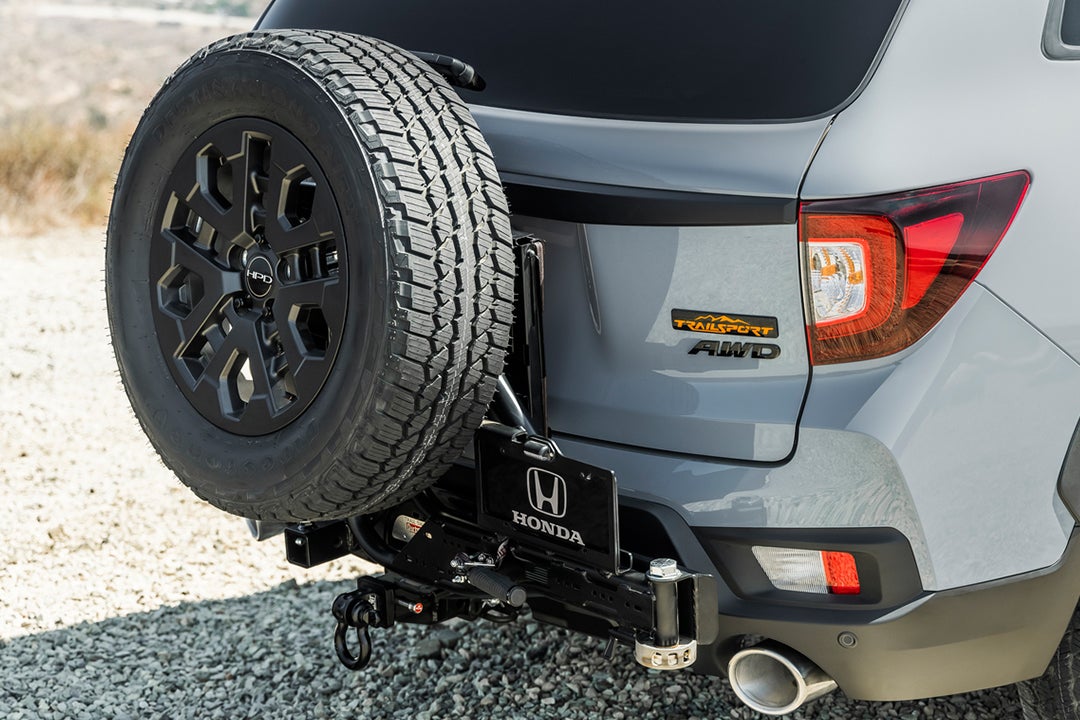 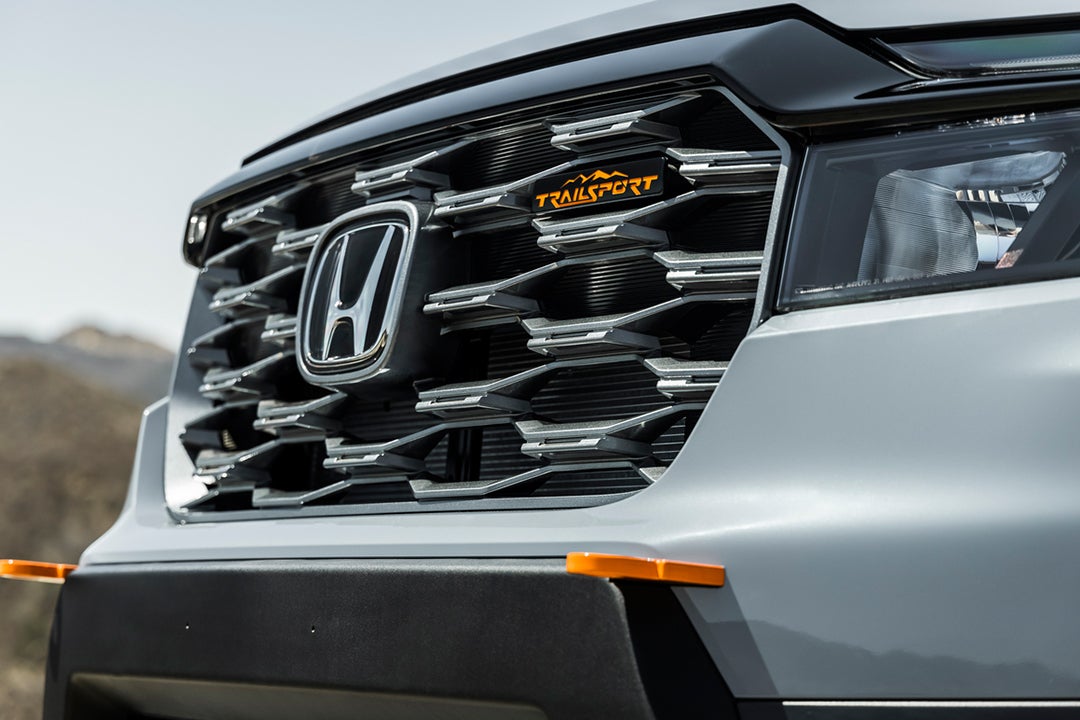 Another point in reliability sits at the rear of the Passport. A Dirt Complex tow-hitch tire carrier takes up the bulk of the room at the rear hatch and has a bigger benefit than just looking rugged. This swing-arm carrier holds a full-size 18-inch spare to ensure that if tire damage occurs while off-road, the driver has a replacement to ensure that they can make the trip back home. The carrier also has a few other cool features, like a secondary offset hitch (which can be used for accessories like bike racks), a license plate bracket, and plus a fold-down table.

Dirt Complex also makes the crossbars on the top of the Passport which hold a Roofnest Sparrow XL tent—again, this build is all about overlanding, and somewhere to rest your head while off-road is a necessity.

Sadly, this vehicle won’t be for sale directly from the factory—which is a shame, because it’s quite a mild build and seems almost as if it could be. Instead, Honda says that it’s using this particular example as a proof of concept to help showcase its vision of how future TrailSport vehicles may be designed and equipped.

If you’re looking to see these modifications in person, the 2022 Honda Passport Trailsport Rugged Roads Project will debut at the Overland Expo West in Flagstaff, Arizona, this weekend.