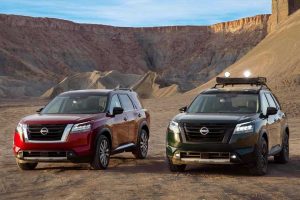 Alongside the long-overdue, redesigned Frontier pickup, Nissan has unveiled the 2022 Pathfinder. Just like the Frontier, this fresh Pathfinder really, actually looks different from the outgoing model. Despite Nissan’s literature claiming it to be “all-new from the ground up,” the company did clarify in a call that it actually rides on a “significant evolution” of the current Pathfinder’s platform. It also continues to use the old model’s 284-horsepower 3.5-liter V6 making 259 pound-feet of torque. Now that we’ve gotten what isn’t new out of the way, let’s focus on what is.

Under the skin, that tried-and-true motor is hooked up to a ZF nine-speed automatic transmission this time around, which itself transmits power to an available Intelligent 4WD system with seven different driving modes: Standard, Sport, Eco, Snow, Sand, Mud/Rut, and Tow. Expanding on that last mode, the 2022 Pathfinder comes standard with Trailer Sway Control and is rated to tow up to 6,000 pounds, a figure Nissan claims is best-in-class. A new power steering system apparently makes the new Pathfinder handle more sportily as well. 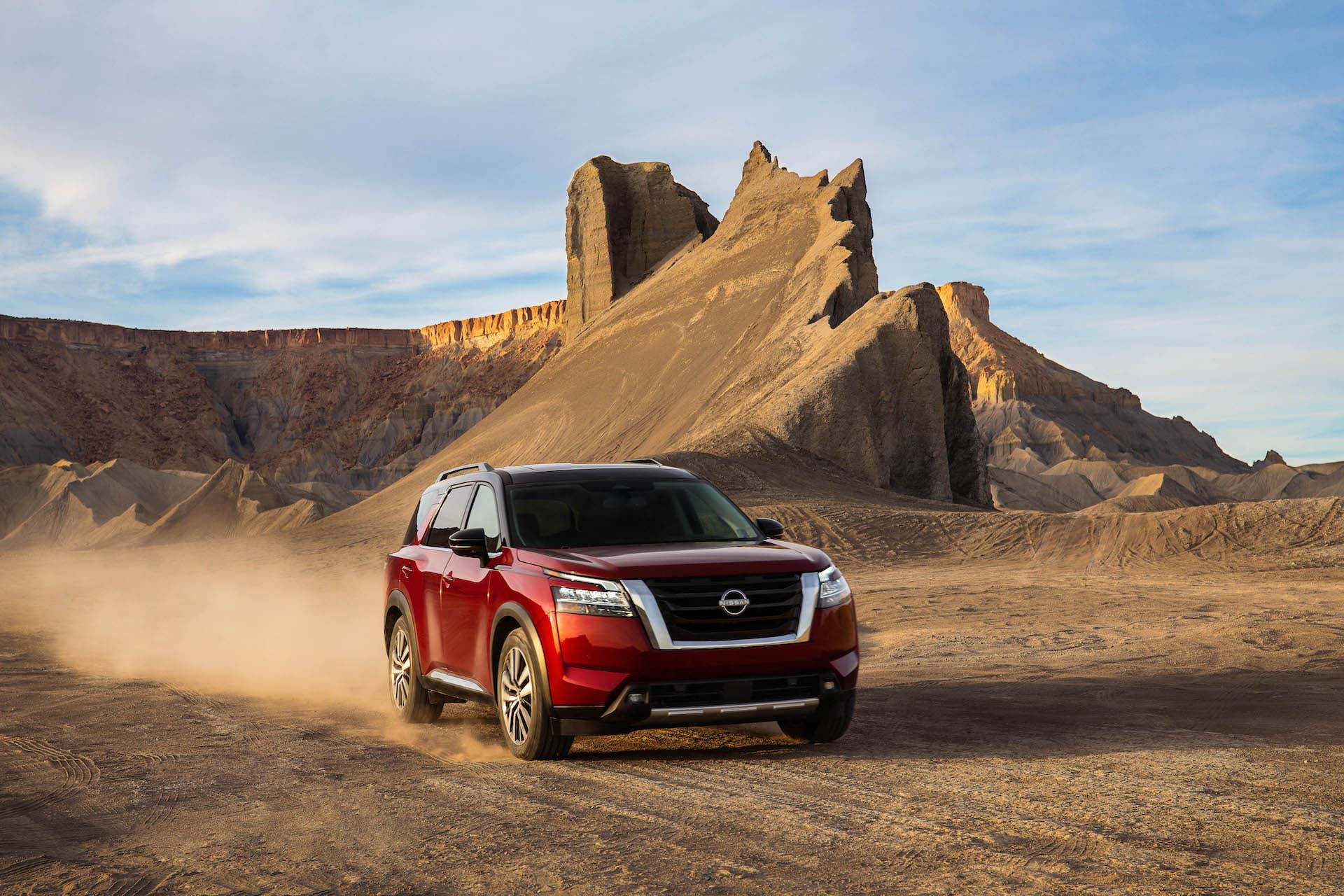 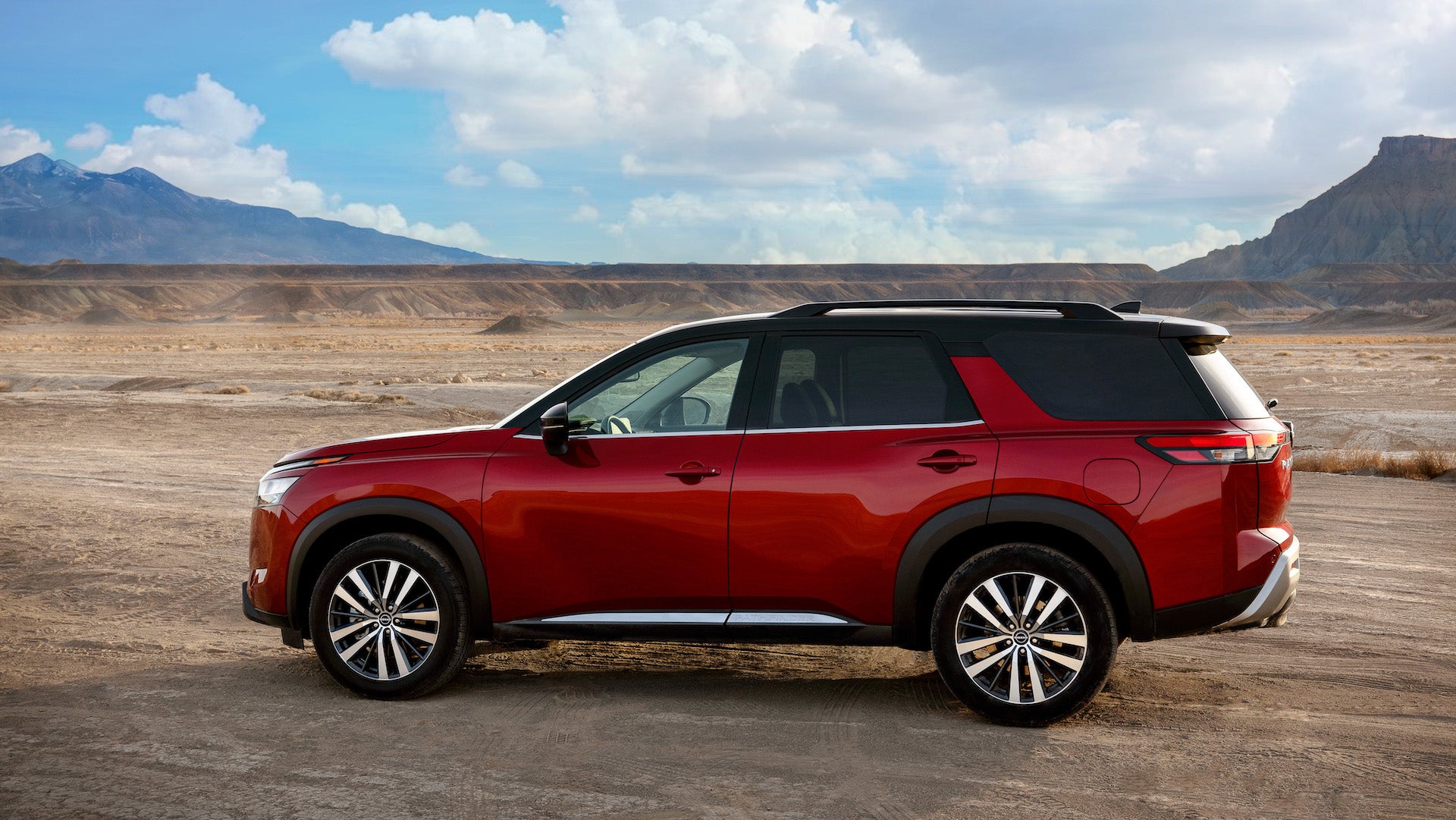 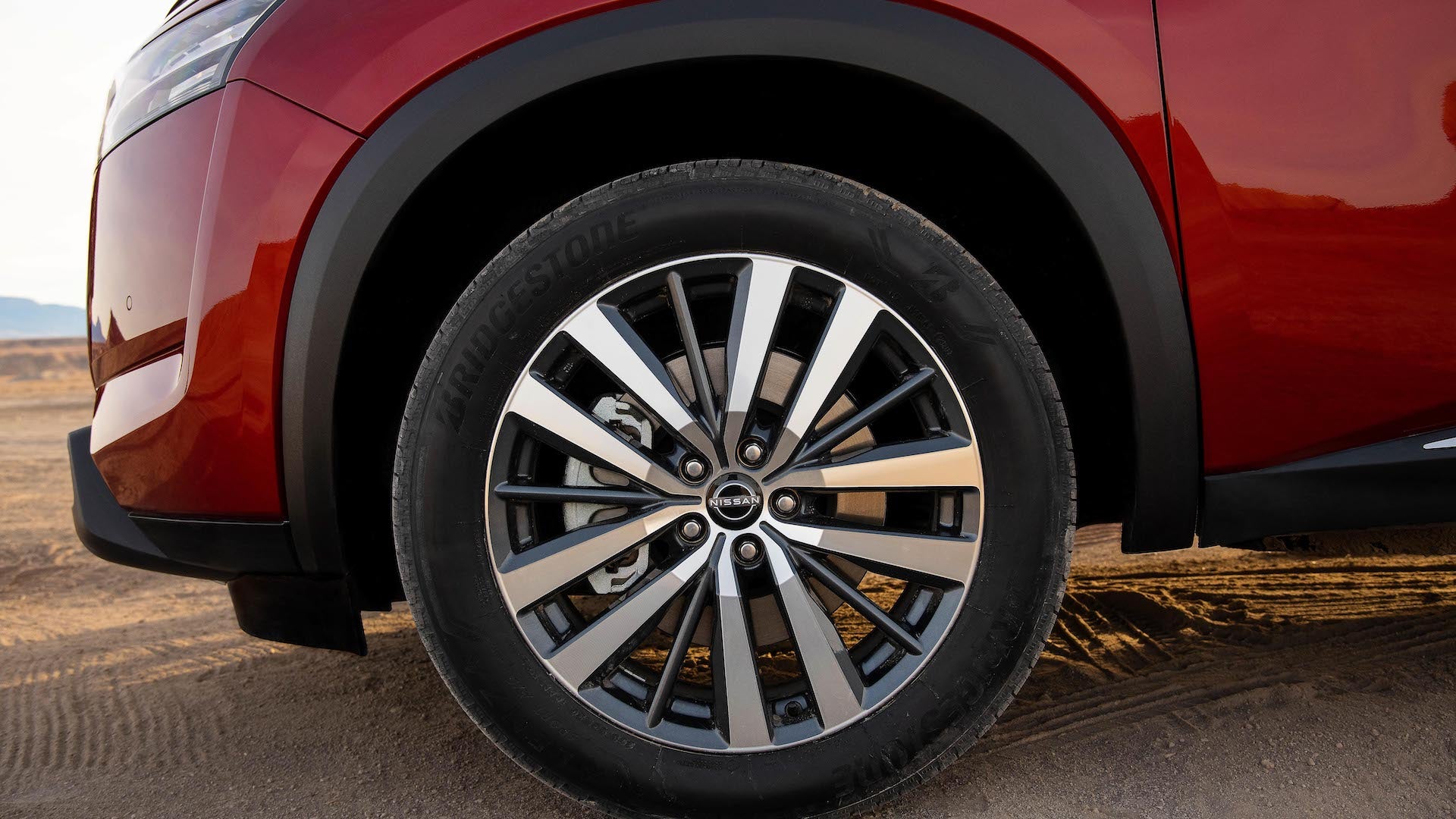 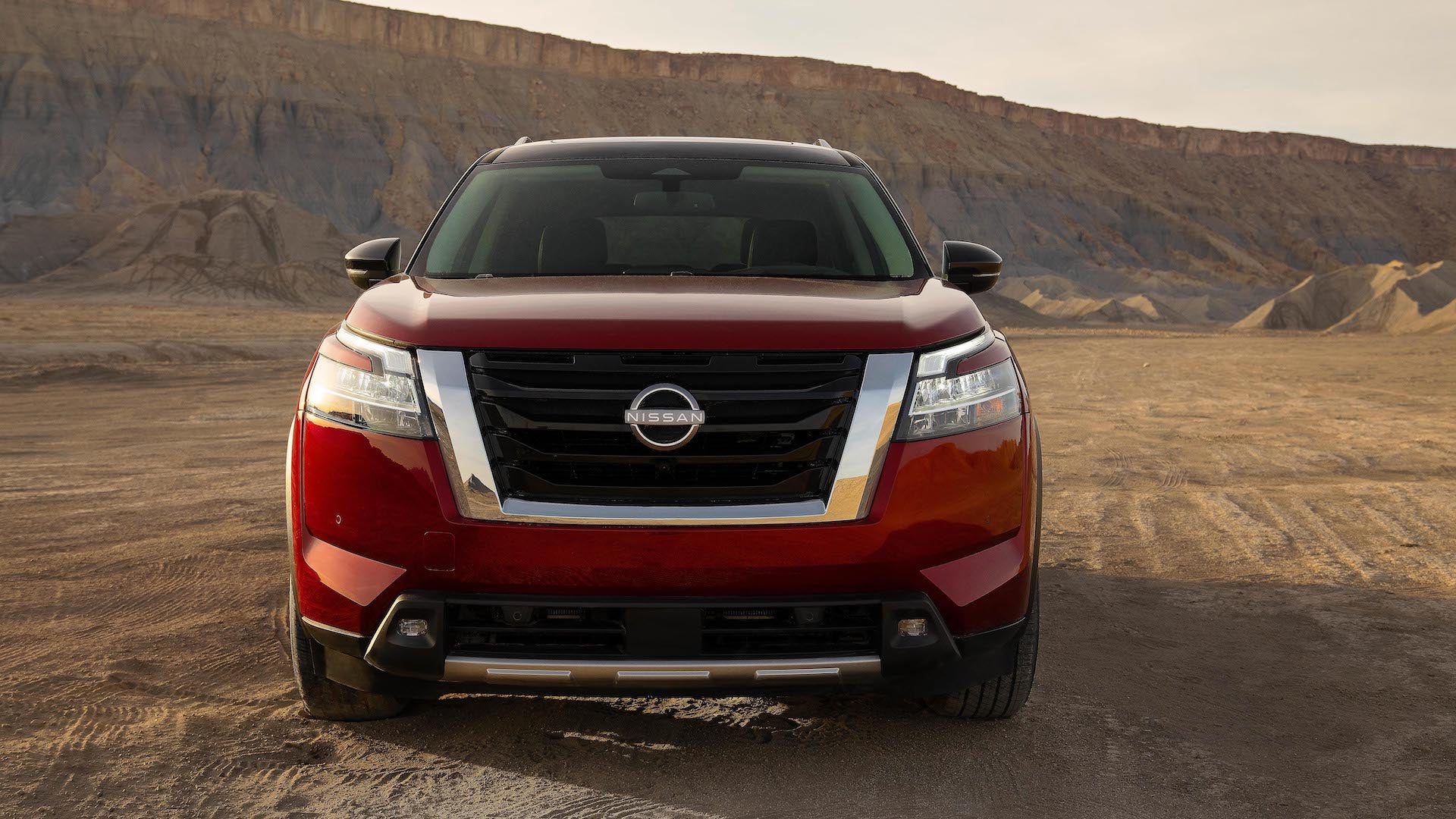 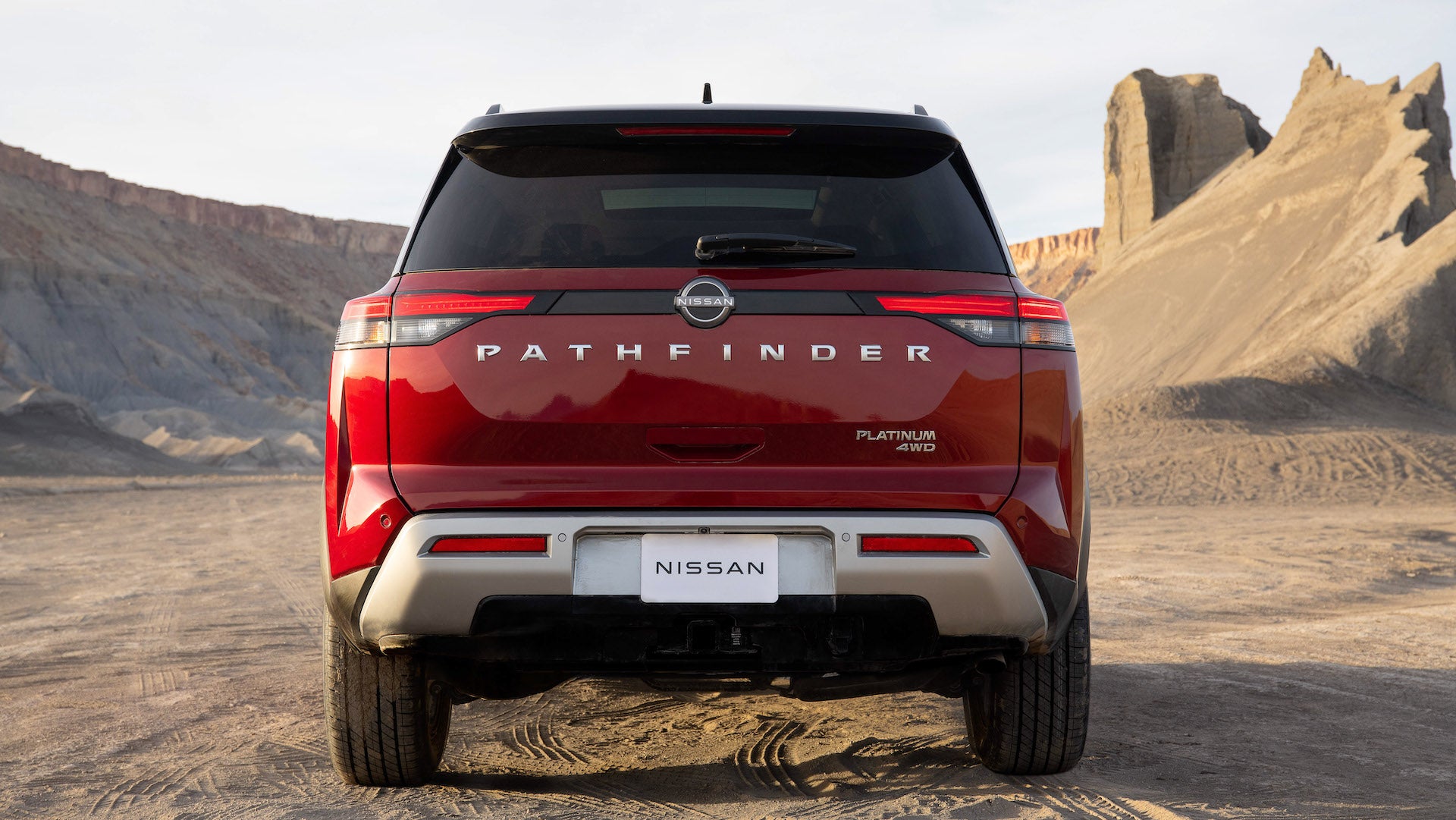 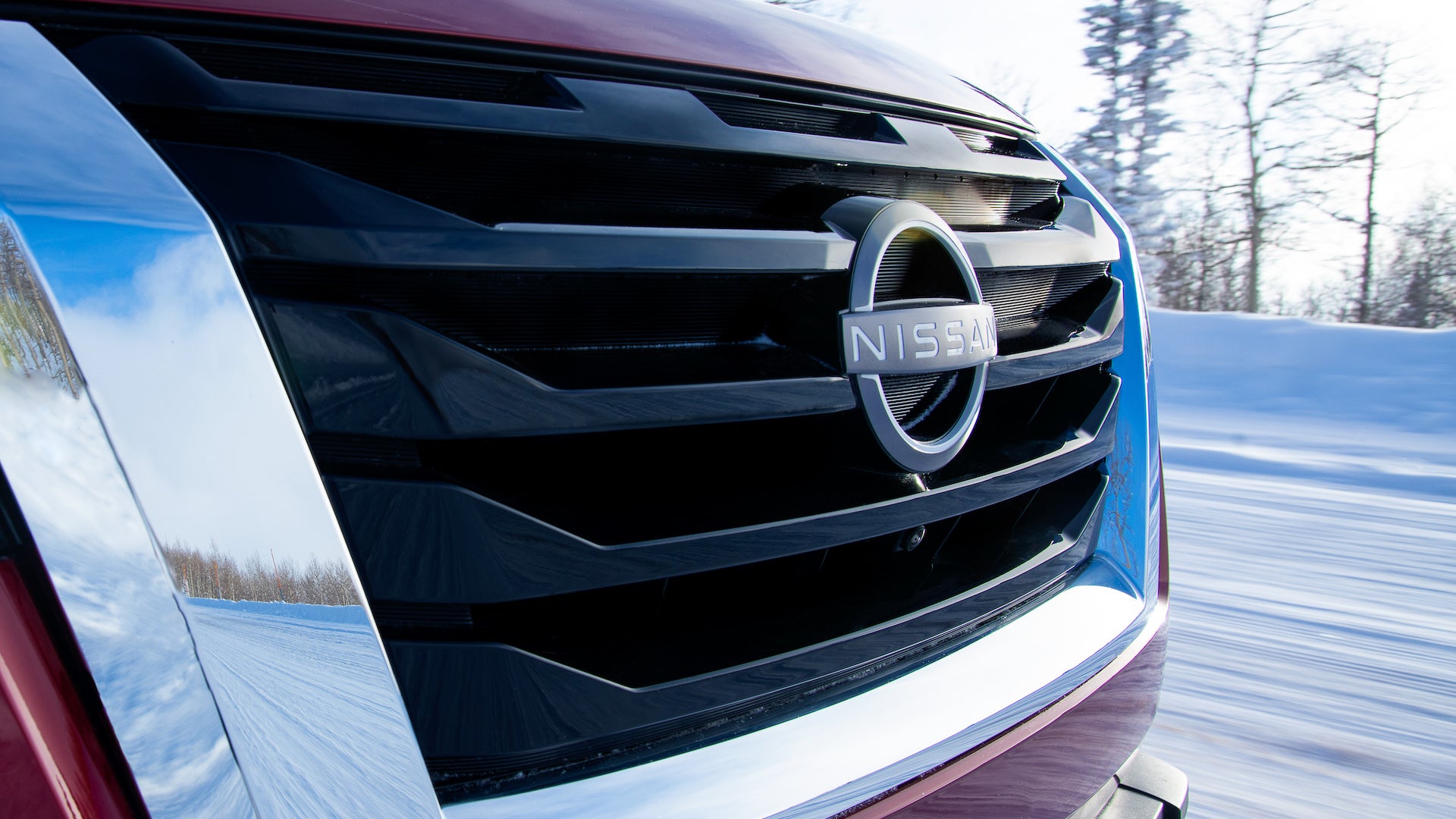 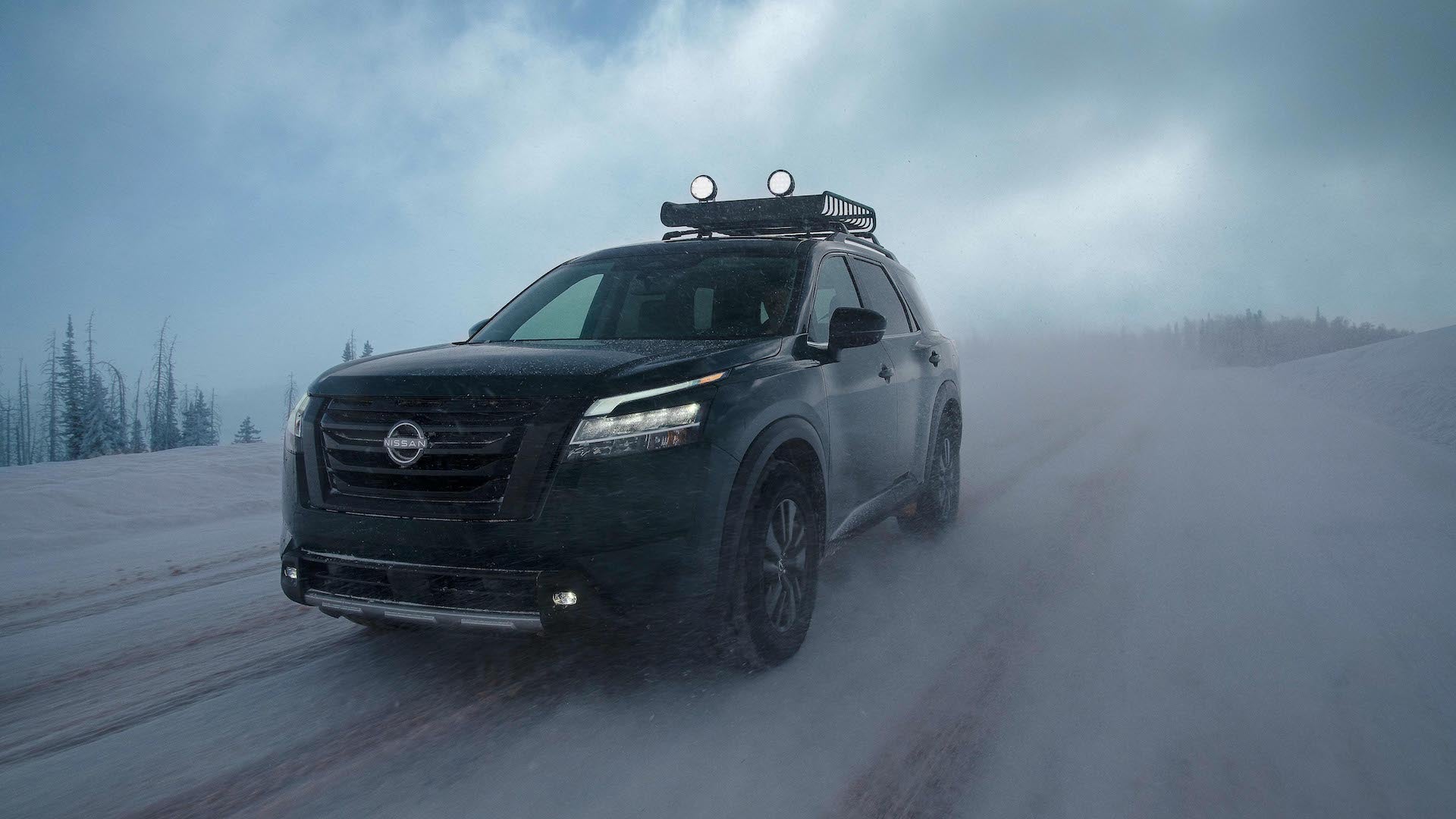 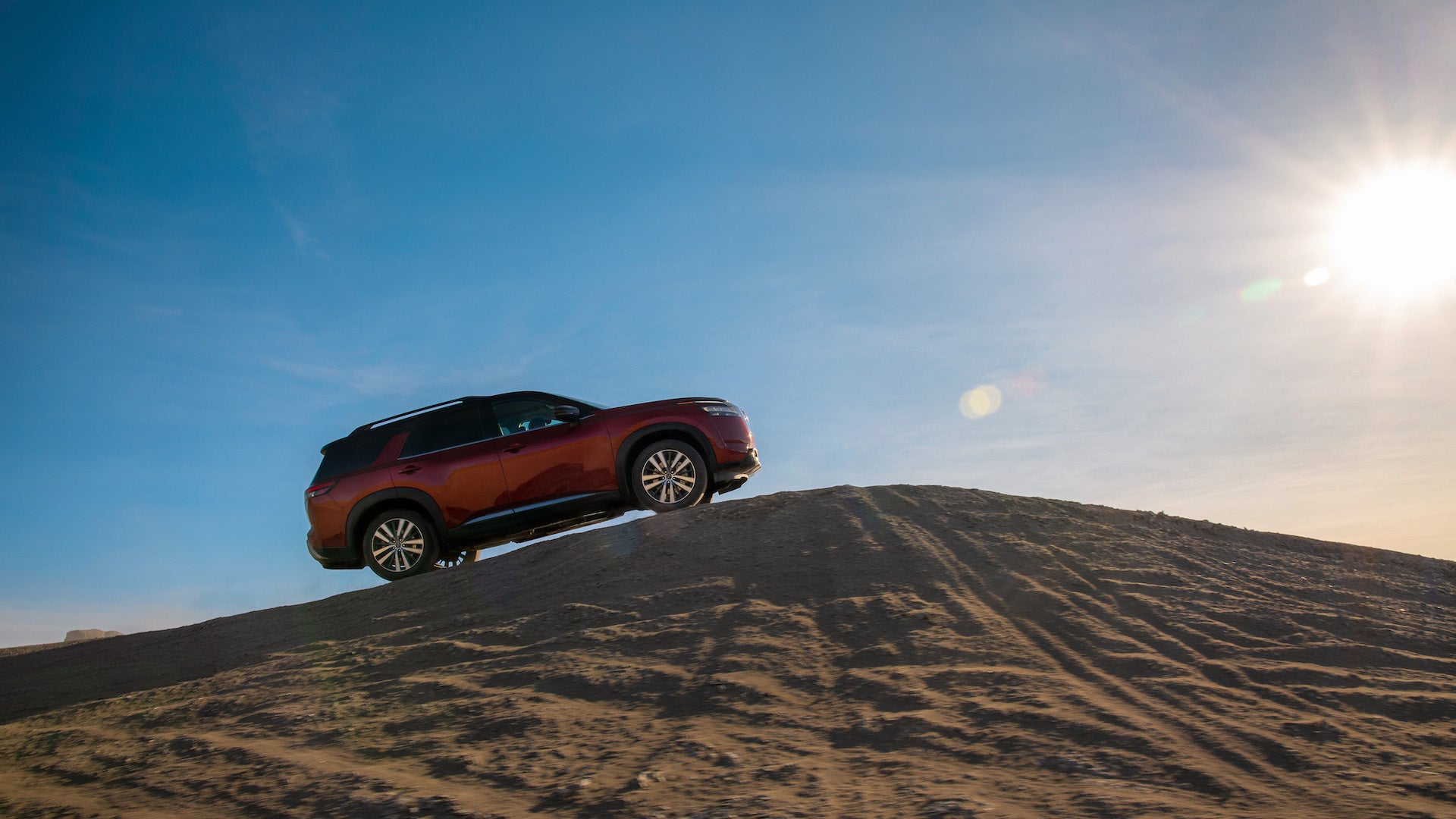 Even though the chassis isn’t technically all-new, you wouldn’t guess it considering how different this crossover looks. The past four generations of Pathfinder have seen the crossover soften in demeanor but this new version is a return-to-form. It’s a lot more upright, rugged-looking, and almost makes the outgoing version look like a minivan in comparison. Its fascias are typical of a new 2022 Nissan family hauler, serving as a natural middle-child to the smaller Rogue and bigger Armada. Note, however, the boxy fender flares and triad of vents at the top of the front grille that tip their caps to the O.G. Hardbody-based Pathfinder. 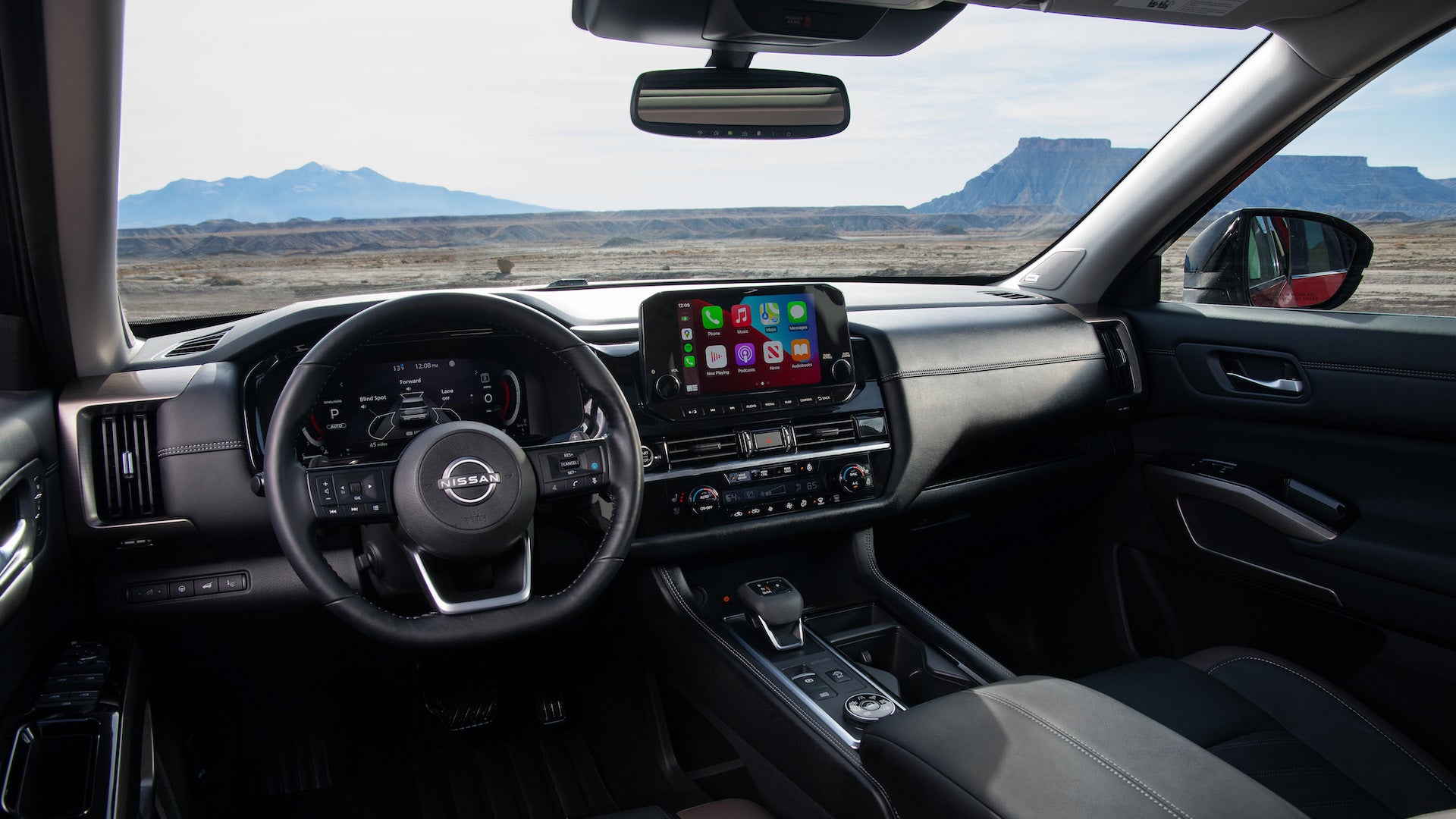 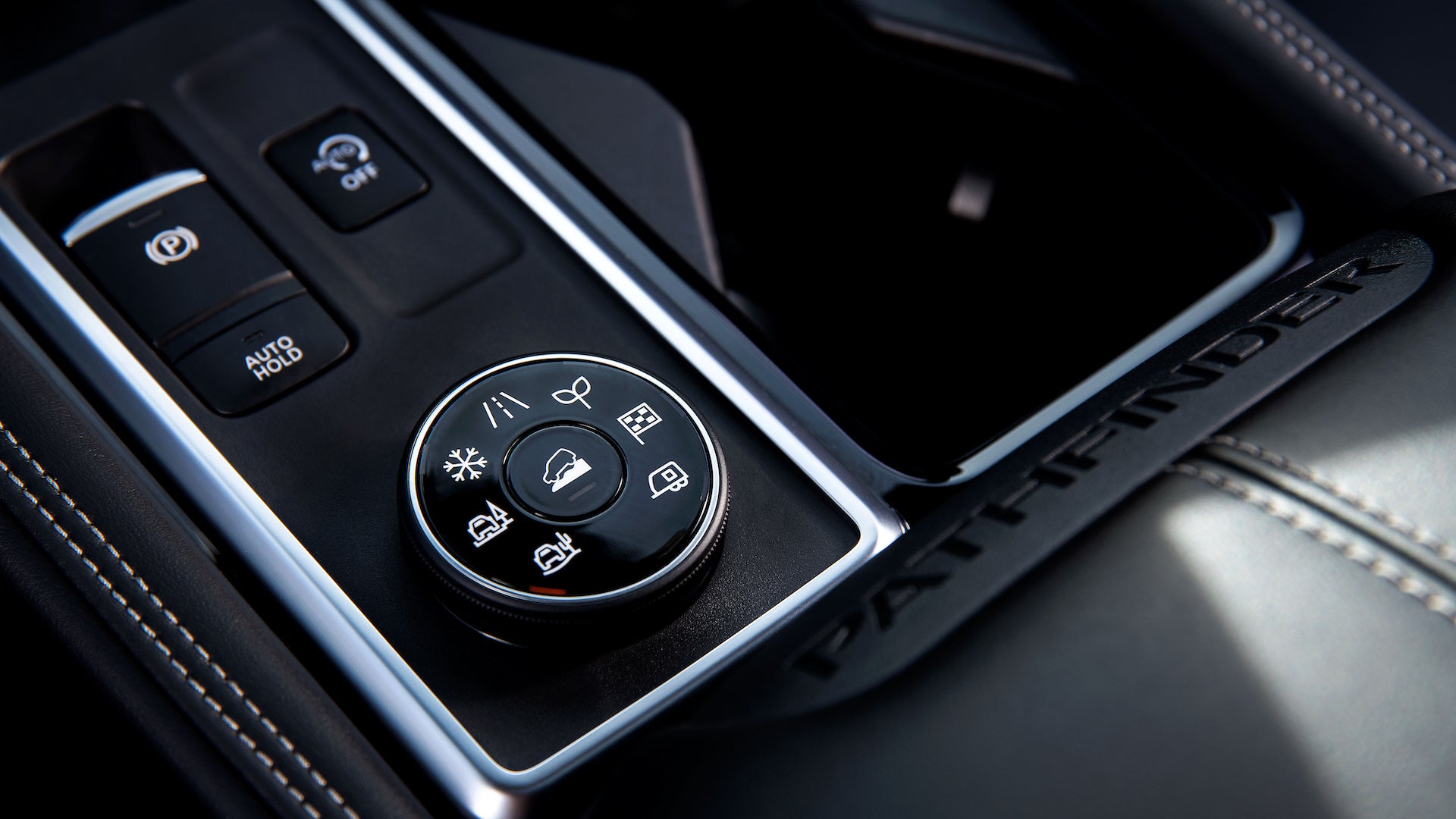 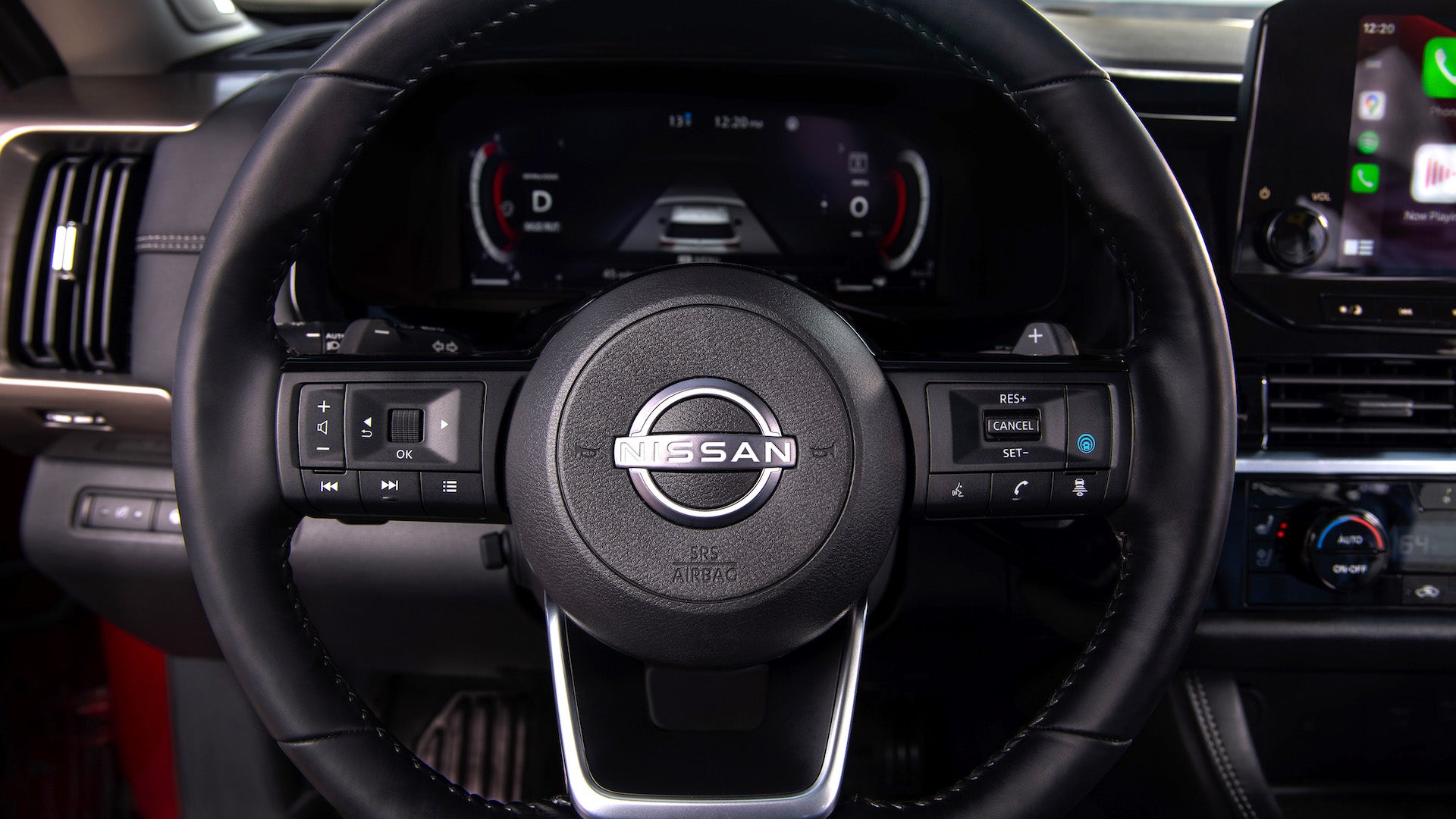 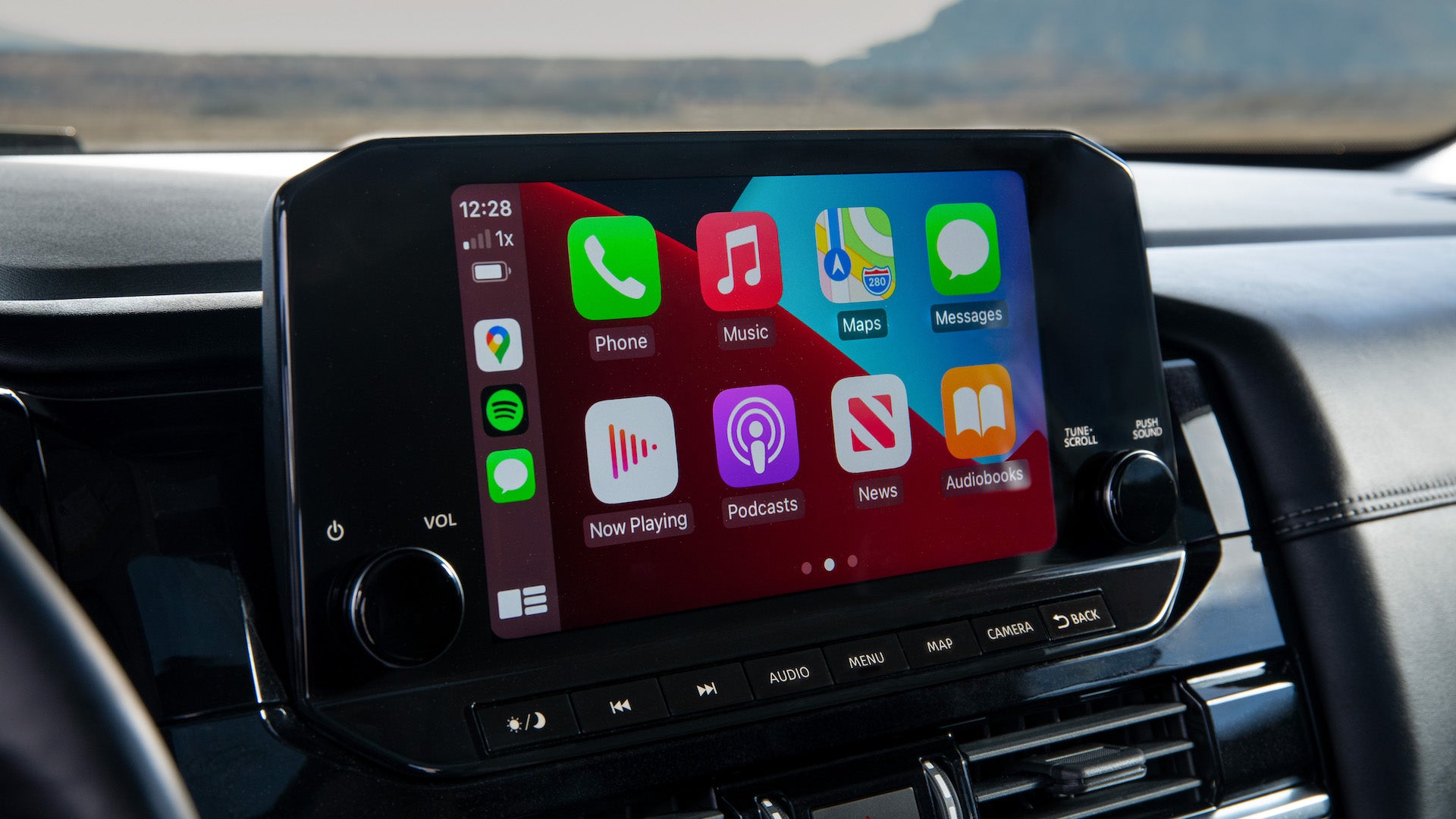 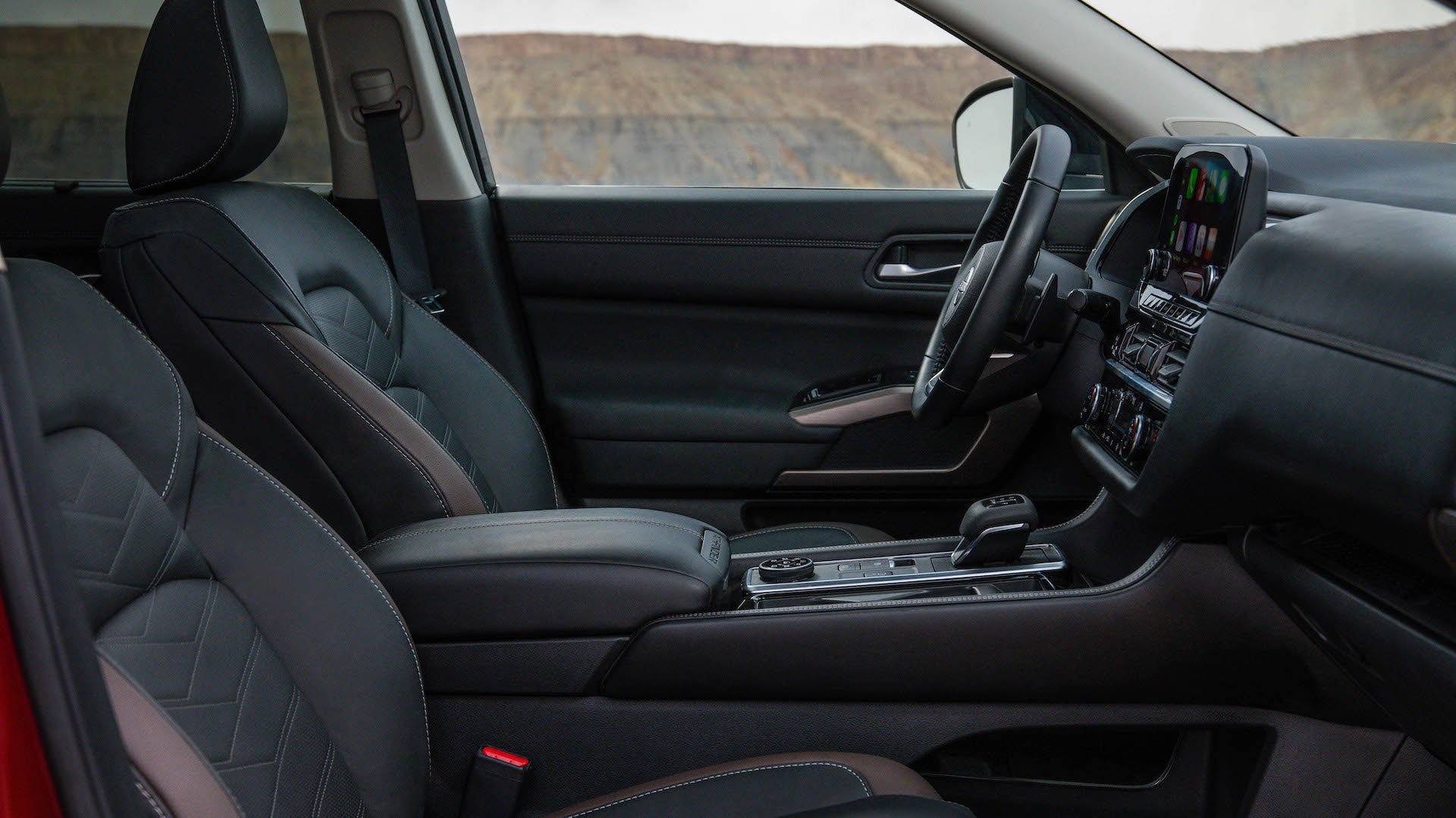 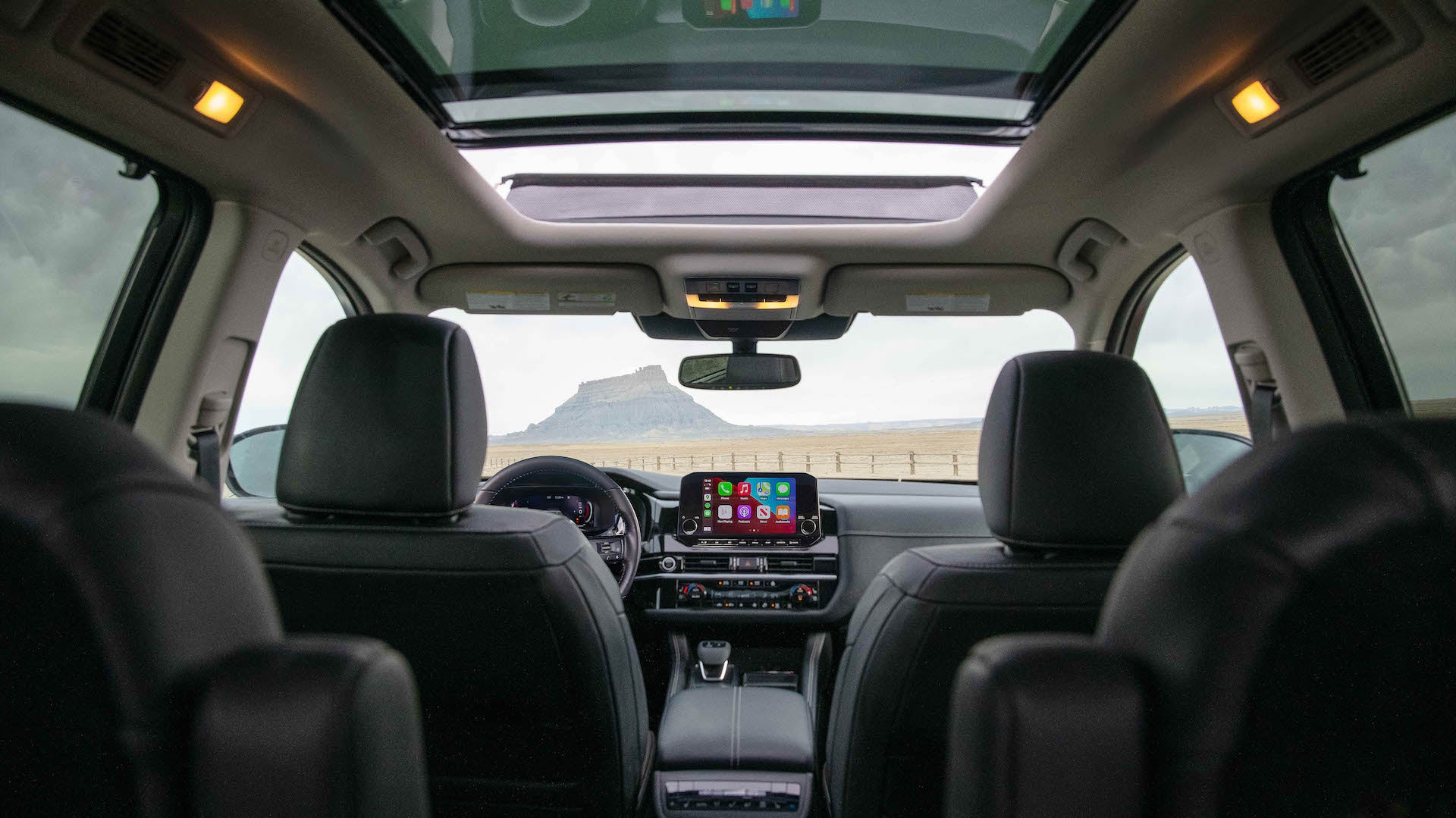 Its interior has been thoroughly reworked as well, looking much more modern and truck-ish, rocking a bridge-style center console and big, metallic trim pieces. Despite its tougher, rougher look, the inside of the Pathfinder has been made quieter thanks to acoustic laminated glass in the front doors, thicker glass in the rear doors, more isolation in the floor and the doors themselves, as well as engine noise absorption that’s increased by 60 percent. A 12.3-inch digital instrument cluster is available, as is a 10.8-inch heads-up display. The infotainment touchscreen in the center comes in either eight or nine inches and features standard wired Apple CarPlay (wireless iPhone connectivity is optional) and wired Android Auto.

With all the seats up Nissan specifically points to a 120-quart cooler or four golf bags as things that’ll fit in the Pathfinder’s rear cargo area. It’s also said to be able to accommodate 4×8-foot sheets of plywood presumably with most of the seats folded down.

The 2022 Nissan Pathfinder will go on sale this summer. 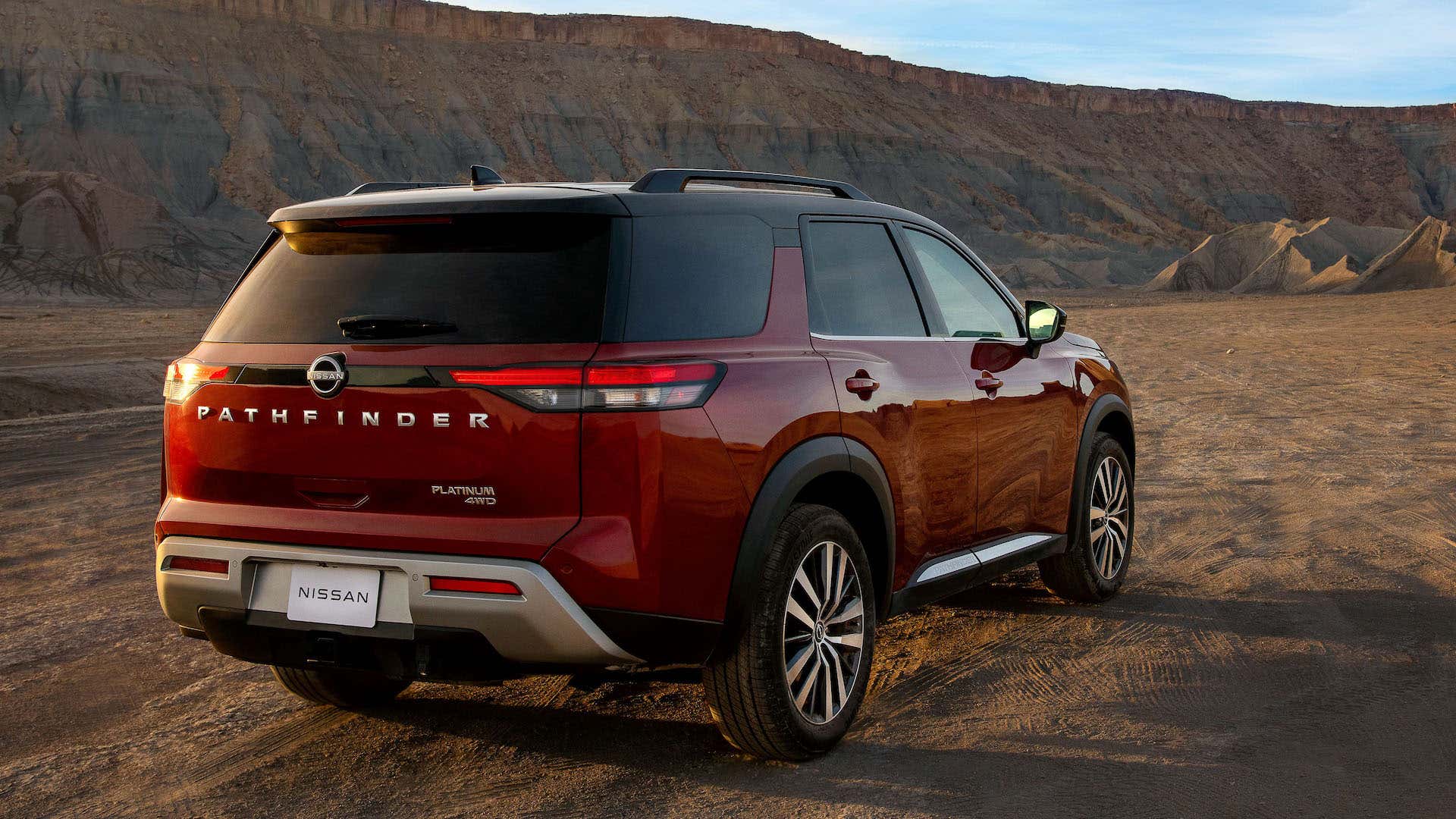