Agong declares darurat effective until August 1, 2021 – no curfew will be enforced, no additional travel bans – paultan.org 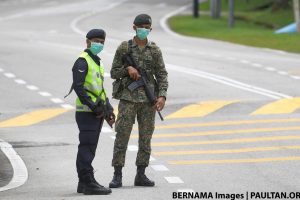 Yang di-Pertuan Agong, Al-Sultan Abdullah Ri’ayatuddin Al-Mustafa Billah Shah has declared a national state of emergency as a proactive measure to curb the spread of the Covid-19 pandemic. The period of implementation for the darurat is until August 1, 2021, or until an earlier date if the number of daily positive cases can be controlled and lowered.

The decision was made after the Agong met with prime minister Tan Sri Muhyiddin Yassin at the national palace on Monday, and was announced by the latter today. In his speech, the prime minister confirmed that there would be no curfews enforced during the darurat period, and there will also be no elections of any sort.

He added that the government will continue to operate as usual, although there will be no parliamentary and state legislative assemblies held until a decided period. There will also be no army intervention except to assist healthcare workers in combatting the pandemic.

The declaration comes following yesterday’s announcement by the prime minister, which will see the reimplementation of the movement control order (MCO) for the states of Selangor, Johor, Penang, Melaka, Sabah and the federal territories of Kuala Lumpur, Putrajaya and Labuan from January 13 to January 26. In terms of protocols and standard operating procedures (SOP) that we know of following yesterday’s announcement, they are as follows:

As before, any individual caught violating MCO rules will be served with a RM1,000 fine, and there will be no discount once a compound notice has been issued. The government said it had identified five economic sectors that will be permitted to remain operational during the MCO period, and these are manufacturing; construction; trade, logistics and distribution; plantation and commodities, as well as essential services.

It added that only 30% of management staff will be allowed to be in the workplace, while the number of supporting staff or workers on site at any one time will have to be determined by the organisation, with strict SOPs in place. As for the list of essential services, these will be detailed by the ministry of international trade and industry (MITI) like previously.

We would like remind everyone to heed the government’s fight against the pandemic by just staying at home. If it is absolutely necessary for you to get provisions, medical supplies and food, please make it fast and limit the distance travelled for those purposes. There’s also no need to rush out to buy groceries and supplies, as you will still be able to shop for these during the MCO.

END_OF_DOCUMENT_TOKEN_TO_BE_REPLACED

END_OF_DOCUMENT_TOKEN_TO_BE_REPLACED
We and our partners use cookies on this site to improve our service, perform analytics, personalize advertising, measure advertising performance, and remember website preferences.Ok