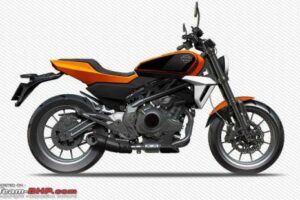 The information submitted to NHTSA also states the model years for the motorcycle to be from 2021 to 2026.

Harley-Davidson’s all-new entry-level 350cc motorcycle developed in partnership with Chinese manufacturer Qianjiang is said to be edging closer to production. According to a media report, the American motorcycle brand has submitted the bike’s VIN decoder information to the US’s National Highway Traffic Safety Administration (NHTSA).

As per the VIN decoder information, the motorcycle is likely to be called the Harley-Davidson 338R. The new motorcycle will be powered by a 353cc parallel-twin fuel-injected liquid-cooled engine. The information submitted to NHTSA also states the model years for the motorcycle to be from 2021 to 2026. It indicates that the bike might have been ready for production but delayed due to various reasons.

The new motorcycle is initially said to go on sale in Asian markets before being introduced in other countries. While no other details of the motorcycle have been revealed, the VIN information does indicate the motorcycle being one-step closer to launch.