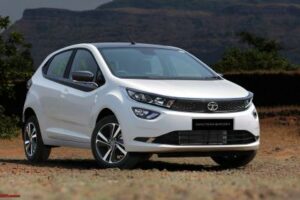 We were informed that there was a serious issue with the car and that they have already communicated the same to Tata Motors.

BHPian ps_abhijith recently shared this with other enthusiasts.

The car was around 6 months old and went in for the 15k km service. Brother has a bit high running because of his work. Apart from the slow, buggy and occasionally crashing head unit, everything else was apparently normal to us. The SVC called by evening (Focuz Kottayam), and informed that they have identified a serious issue with the car and they have already communicated the same to Tata Motors, and have ordered the replacement parts (Under warranty). Kudos to the service team for this, and the prompt response. I am pretty sure any other SVC around here would not have even identified the issue (Personal experience with other SVCs around the area).

So, the issue was they saw oil leaking from the clutch housing, which upon inspection turned out to be the input shaft seal of the gearbox being damaged (They did not give more details, or an explanation for how this happened). Oil was leaking from the gear box, and was dripping on to the clutch, and was leaking out through the bell housing. They communicated that they would not be replacing the gearbox as a whole, but would be replacing the clutch disc, pressure plate, input shaft seal of the gearbox, and would drain out and fill new oil in the gearbox.

The parts took around 2 weeks to arrive, and then the work was completed in 2 days. Brother was happy that the issue was identified on time, and more than happy to have a new clutch at 15k km. Cannot stress this anymore, please have the extended warranty on your cars. Overall this was a pleasant experience for us. We were charged around Rs. 1000 for the consumables for this work including the gear box oil and few other plugs/nuts/washers etc, which we were more than happy to pay for. We got a separate bill for the 15k service. About the issue, not sure if this is a common issue or just a one off case. Post the job, the SVC had asked us to keep an eye out for any dripped oil marks on the parking area for a few weeks. It has been almost a month post this, and thankfully we have not noticed any oil leaks so far.

Here’s what BHPian ajay_satpute had to say on the matter:

Did the car hit a hump or a rock or anything that is high enough to cause a damage? The low ground clearance is risky and I have seen few owner videos where they had to to replace parts damaged due to car bottoming out.

This is one reason which made us choose the i20 over the Altroz. The 5mm difference and stiff suspension makes i20 a bit more safer, in comparison.

Here’s what BHPian akshat380 had to say on the matter:

Its a known issue. Was changed on my car at 9500kms when I found the leak during my routine inspection. Also ask your brother to observe any increase in oil level. There are few cases of diesel getting mixed with oil.

Here’s what BHPian Nikhil Beke had to say on the matter:

It’s not much of a concern- the Swift is at 165, Baleno is at 170. Can’t think of many places along the urban route these cars would not reach. Haven’t bottomed out my Altroz in last 5 months- and I’ve travelled in rural interiors as well. A firm suspension helps, too, I guess. So as long as you’re not planning a dedicated off-road route, you’re good to go. For a more extensive review, recommend @PrasannaDhana’s review!