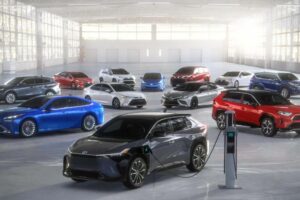 As automakers step up their electric vehicle plans, they’re getting in gear to make sure those future models won’t be held up by battery shortages. The prospect of EVs with empty battery trays is made more acute by the impact of the current chip crisis—which has held up auto production around the world.

Recent North American announcements are somewhat heartening. On October 18, Toyota said it would invest $3.4 billion in American battery production through 2030. The company has set aside $13.5 billion globally for battery development and production. It will launch a new company and build a US plant with Toyota Tsusho. The operation is to start production in 2025, and includes a $1.29 billion investment through 2031. Some 1750 jobs are to be created.

The big stake in batteries reflects changing priorities at Toyota, which has deemphasized EVs in favor of the hybrids it pioneered, plus hydrogen cars like the Mirai. Toyota now plans 15 battery EVs by 2025.

Also on October 18, Stellantis (similarly slow to advance battery cars, when it was FiatChrysler) said it will form a joint venture with LG Energy Solution to build a battery plant in North America, to go online in the first quarter of 2024, with 40 gigawatt-hours (GWh) of annual capacity. 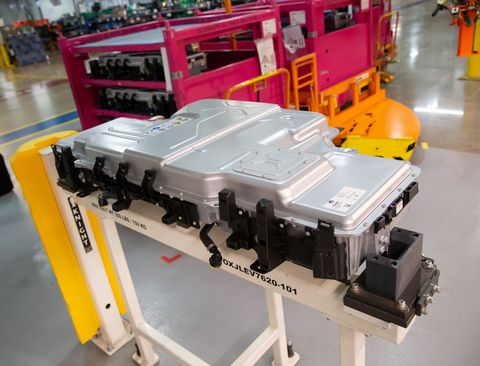 Soon after, Stellantis announced another deal with Samsung SDI to produce both cells and modules in North America. The initial capacity will be 23 GWh. According to InsideEVs.com, the combined 63 GWh could power from 500,000 to 800,000 EVs. The cells and modules will be sorely needed, because Stellantis wants more than 40 percent of its US sales to be electrified by 2030. “We are deploying our aggressive electrification roadmap,” said Carlos Tavares, Stellantis CEO.

BMW’s i Ventures, the company’s venture capital investment arm, said—on October 18!—that it will invest in Our Next Energy (ONE), a Michigan-based company that works on energy storage, to come up with cheaper long-range EV batteries. “We are convinced that Our Next Energy has the potential to truly transform the space,” said Baris Guzel, partner at BMW i Ventures. 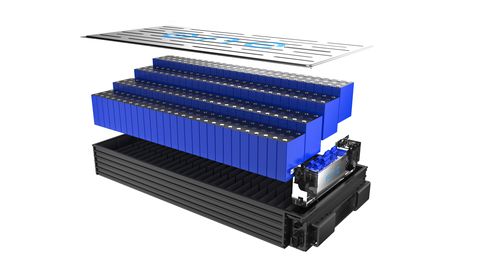 “Automakers are absolutely stepping up to make sure that they have adequate supplies of batteries in the coming years,” Sam Abuelsamid, principal analyst for e-mobility at Guidehouse Insights, told Autoweek. “This includes raw material sourcing, cell production, and recycling in addition to supporting the core battery research.”

The New York-based AlixPartners consulting firm said that it expects companies’ EV investments, including batteries, to total $330 billion globally in the next five years. Arun Kumar, managing director in AlixPartners’ automotive and industrial practice, told Autoweek that the North American battery situation is “getting better” and a lot of capacity is being added, but he still thinks a shortage is ahead. “Our view is that there is going to be a shortfall in batteries unless even more new capacity comes online,” he said. That assessment is based on automakers’ new model announcements and growing enthusiasm from consumers.

“There is going to be a shortfall in batteries unless even more new capacity comes online.”

Also still skeptical about readiness is Udo Panenka, president for the global industrial automation segment of ATS Automation Tooling Systems. He told Autoweek, “The automakers are making big steps in the right direction. However, I still believe that they will struggle to get all the required automation equipment in place on time, especially as the supply chain challenges—mainly relating to electronic components—are continuing.”

Automakers are moving on batteries, even as it’s uncertain what the demand will actually be in five years. Abuelsamid says that General Motors is building a framework for its 30 new EV models globally by 2025 (and an aspiration to sell only electrics by 2035). “GM has it’s Ultium Cells joint venture with LG, and there are two plants under construction in Ohio and Tennessee,” he said. “GM has also announced plans for at least two more plants with unconfirmed locations. GM has also invested in lithium production from brine in the Salton Sea, the lithium-metal battery maker SES, and solid-state batteries.”

Philip Lienert, a GM spokesman, told Autoweek, “The battery cell manufacturing joint ventures with LG Energy Solution we’ve announced, combined with the additional two plants that are coming, will give us 140 GWh of battery cell manufacturing capacity. And as we increase the energy density of our batteries, we’ll be able to provide power for more vehicles with fewer cells.” 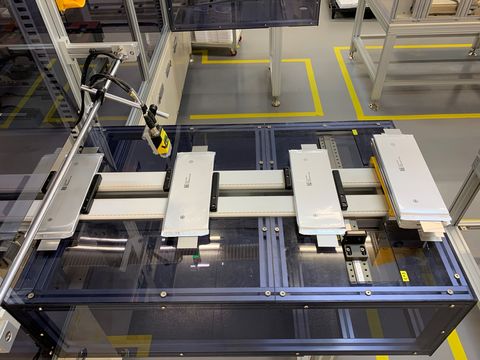 Ford has its own joint venture with SK Innovation. The new enterprise is to be called BlueOval SK. Three new plants under the BlueOval SK banner (two in Kentucky, and one in Tennessee) will enable production of 129 GWh of EV batteries annually, the company said. That’s on the road to meeting energy demand for its vehicles that could be up to 140 GWh in North America by 2030 (and up to 240 GWh globally). Ford is investing more than $30 billion in EVs through 2025.

Automakers are producing mostly modules and finished battery packs. The production of actual cells—the battery’s basic building block—is still going to be mostly in Asian factories. Asked about independent cell manufacture in North America, Kumar said, “Only Tesla is seriously looking at it. It’s unclear if they will actually go ahead with it. Cell production is very capital intensive.”

One more announcement on “battery day” (October 18): Foxconn Technology Group, the Taiwan-based smartphone company, said it would build EVs for the Chinese, North American, and European markets. With advanced batteries, its Model E sedan, with design by the Italian firm Pininfarina, is to debut in 2023 with a projected 470-mile range.