Inventor and YouTuber Simone Giertz, a.k.a. “The Queen of Shitty Robots,” didn’t want to wait for Tesla to build its electric pickup, so she built one herself. Chopping up a Model 3, she turned it into what she says is “world’s first functional Tesla” electric pickup.

“I got tired of waiting for Tesla to release their pickup truck, so I cut up my Model 3 and made my own,” said Giertz on Instagram. She calls her new wheels “Truckla” and fitted it with a personalized California black plate to match. 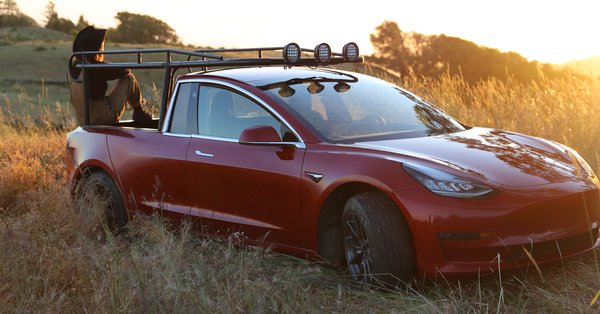 Giertz had been planning to build a Tesla pickup with artist/mechanic Marcos Ramirez for more than a year, but a noncancerous brain tumor she previously suffered returned and scuttled the project for several months, according to Wired and several of her videos that chronicled her ongoing health battle. While battling the tumor, she continued to post videos and discuss her plans, eventually ordering a base model Tesla 3 in April. You can watch a half-hour summary of the build here:

The video details her online order of the Model 3, its delivery, and the strategy for the build. Giertz rented a garage for 12 days of initial conversion work, first keying “Truckla” into the EV’s trunk lid to keep from turning back. Day two sees the crew removing the rear window, stripping the interior, and Giertz cutting into the Model 3’s structure. Later the team added support beams, a roll bar, a used Ford F-150 bed, roof rack, a rear window from a GMC Canyon, an LED light rack, and more.

According to Giertz, Truckla is usable now but will be fully drivable and finished in July once it receives additional waterproofing for the battery pack, a bed liner, final interior and body work, and paint. She also wants to add a lift kit, which we wholeheartedly endorse. Your move, Elon. 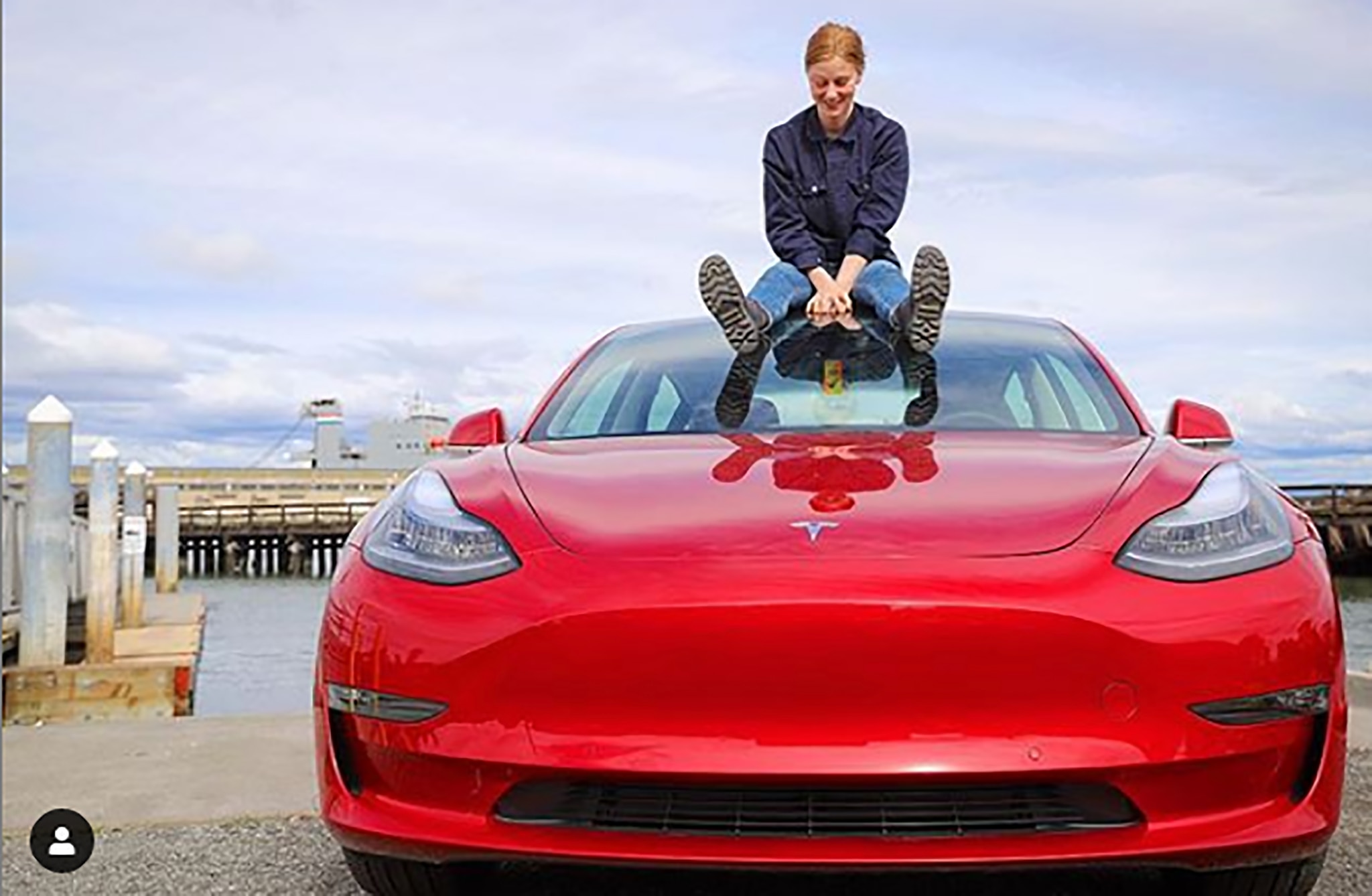