Home » Bentley Will Use Renewable Fuel at Pikes Peak

Bentley Will Use Renewable Fuel at Pikes Peak 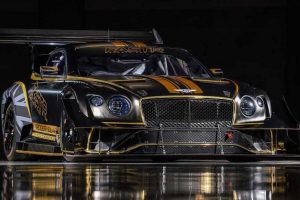 While Bentley’s parent company set out to tackle the mountain with its all-electric I.D. R racer, the luxury car manufacturer is taking a different approach to alternative energy at this year’s Pike Peak hill climb. Just like the folks at Porsche, Bentley is testing out a renewable fuel in a race car, specifically its wild Continental GT3 hill climb machine. That’s good news for fans of noise and internal combustion engines.

According to Bentley, this fuel is also offers a significant reduction in emissions—up to an 85 percent reduction in greenhouse gases—which could mean fuel-burning motorsports could continue on for that much longer. More important, the folks at Bentley are looking at this fuel to keep vintage vehicles on the road. 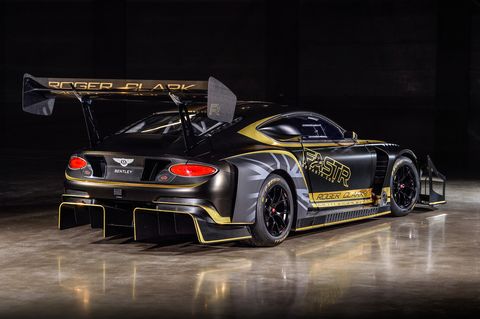 Even though Bentley has committed to an electric future in 2030, the company wants to keep its older vehicles operable. The company claims that 80 percent of Bentley cars are still roadworthy to this day, and it would make sense to keep those pieces of history rolling once a major electrification shift happened.-

For those paying attention to the evolving internal combustion world, this fuel is likely the same that Porsche is slated to use in its Supercup series. If that’s the case, that would be promising that both Porsche and Bentley support these experimental fuels.

While it would be great if this fuel made its way to consumers, that is still up in the air. What’s certain is that Bentley will use this fuel to power what might be the wildest Bentley in modern times. Powered by an engine based on the 4.0-liter turbocharged V8, this Continental should make serious power at altitude. Bentley is tight-lipped on the numbers, but it does mention there’s a significant increase in power over the road-going model.

Almost as important as power at Pikes Peak is how air is manipulated around the car. This Bentley Continental GT3 has no shortage of downforce with a massive wing at the rear and a sculpted nose that should help keep this thing planted at the limit. There are also some cooling ducts worked into the bodywork to make sure everything stays at the right temp.

We’re excited to see this incredible-looking Bentley charge up the 12.42-mile track, but we’re even more excited to see how this renewable fuel handles the rigors of race conditions at altitude. We won’t know for certain how reliable this fuel is, but we will get to see it at race conditions this June when Rhys Millen charges this Bentley up Pikes Peak.

With these new experimental fuels seeing use in motorsport, is there hope for a longer life for internal combustion engines? Let us know what you think in the comments below.