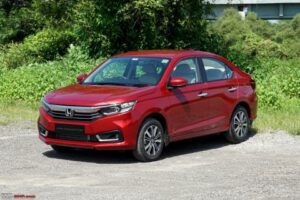 The cars in consideration should not be over 10 years old (except Toyota and Honda). I expect to be the second owner or at least the third owner.

BHPian PRATAYA recently shared this with other enthusiasts.

Good morning all my Team-BHP friends, seniors and casual members.

I am just graduating from my college and I would like to own a car albeit used for my personal transport as well as family use.

Background of car usage in our family.

We personally have never owned a car before. Until 2020, when my father shifted to Thailand for work and bought a 2012 Honda Accord 3.5 V6 as his first car. It is an automatic and boy does he love his car’s transmission and power.

Back in India. I have recently graduated and I along with my father have bought the idea of owning a family car from time to time.

In a jiffy – the basics:

My budget is around Rs 3 lakhs ± ₹50,000 give or take. The cars in consideration should not be over 10 years old (except Toyota and Honda). I expect to be the second owner or at least the third owner. I will preferably avoid 4-5 owners unless there is a very detailed service record.

Since this is my first car, I don’t have a very clear idea of what to look for and I hope to turn to the Team-BHP forum for advice.

The basic requirements are as follows:

Many people have suggested many cars but I feel that nowadays too many choices in the used car market actually confuses me.

Tata, Hyundai and Renault have been a hit or a miss in the reviews of my peer circle. TASS has been a huge pain in the butt for one of my friends who, however, swears of the reliability of Tata Motors as his OG Indica (1999) has already clocked 2,50,000 km way back in 2018. As far as I remember he was offered many times to sell the car for something newer he denied it.

Regarding Hyundai, one of my closest friends has been a Hyundai addict. Their first car was a Santro XING followed by an i10 and then a used Sonata and lastly the Verna. The serviceability of Hyundai has been excellent, however, he and his dad swear that Hyundai’s quality is not what it used to be. A 3-year-old Verna rattles and squeaks at every pothole and undulation on road. XING is chugging along happily but truth to be told they accepted it was getting hard to upkeep the car.

Renault had the crappy reviews the most. Subham, my relative told me he once saw a Renault Kwid in the service bay that had its lug bolts cut loose doing 80 km/h according to the maintenance guys. Scary for me because I will have an occasional highway run that would see speeds in excess of 100 km/h. Also, I personally felt that cost-cutting is most glaring in Renault.

This leaves me with Honda, Suzuki, Toyota and Mahindra.

First, let’s talk about the Germans from my perspective.

The Germans are like a noble lady, with a good personality, good behaviour, and gracious presence, but too costly to maintain. Especially older models with obscure service history. I saw a 2014 Polo on Olx for Rs 3,48,000 with flawless paint and interior but didn’t dare touch with a 10-foot pole as it had DSG transmission. Same for Skoda except I found a plethora of 2011-2015 Superb for Rs 3,50,000 – Rs 4,00,000 in pristine condition. They depreciate like crazy but as I have heard that repair costs for such cars is crazier.

I want some honest advice if it is worth the money to buy a used Skoda or Volkswagen!

Oh, the love for honda has been since childhood. The sleek civic that catches your eye even today or the big boy accord that was the only v6 in the market. Gone are those days. The reliability of honda is better than its competition. I narrowed it down to a 3rd gen city preferably the later 2012 -2015 models as I believe earlier models didn’t come with alloys. The city is relatively safe as it had 2 airbags as standard along with usual seatbelt warnings. Found a few honda civics too but usually, 2008 or older models that would have to be re-registered or tax fail for like 10 -12 years so I believe it was not worth it.

The most found cars on the used car market. Alto and wagon R. They are great city cars but I feel Alto’s driver seat to harsh for my butt and even rear seats lack any under-thigh support or contours. Moreover, they are tin cans. One good car I found is the SX4 kind of ugly in looks but who cares. However, it’s a tad difficult to find one in good condition or one that hasn’t been riced. Ciaz was way out of my budget and the Dzire sedan is boring in my opinion. Suzuki’s Swift hatchback is one contender in my used car hunt.

M&M has literally only SUVs like TUV, XUV, Bolero and Scorpio. I believe they are way overpriced for their age and their (Bolero and Scorpio) handling is much to be desired. Also, Bolero I believe is too basic in today’s age as a private vehicle. M&M fans please don’t bash me

Same issue as that of Mahindra way overpriced for the age and kilometres driven. My neighbour owned a 2005 Qualis that had 2,00,000+ km on its odo before it broke, it was sold for Rs 2,50,000 plus one year of tax that the buyer had cleared. The only worthwhile cars I came across were Etios and Corolla.

The Etios, however, according to Team-BHP posts lack something like a seal that lets rainwater in and isn’t too good on its ac. Would like clarity from some Etios owners.

Corolla or the Corolla Altis are really good cars and they tick all my boxes. Finding one is a challenge as most of them listed online have 3-4 owners or ones that have around 10 listings each showing the same car at different places.

The parking space is not a matter of concern for me.

I narrowed down my choices to:

I would like the valuable advice of team bhp members regarding the purchase of my first car.

Here’s what BHPian Shreyfiesta had to say on the matter:

Accord wasn’t the “only” V6 in India during the late noughties, almost all cars in the entry-level premium car segment had V6 powertrains. Sonata, Superb, Teana, W204 C-Class (C230) and W211 E-Class (E280 CDI) had V6 powertrains.

The SX4 is roomy, comfortable and affordable to maintain. If you don’t cover too much distance on a daily basis, the SX4 is still a good option to consider. M16 VVT ones can be bought for rock-bottom prices, drive decently, has a built-to-last feel and rides very well over our bad roads.

Corolla holds its value quite well, this also means a second-hand example may not be as cheap as you might expect it to be. Most Corolla users rely on authorised service centres so that you have a good chance of finding sparingly-used cars, thanks to Toyota’s service quality. The 1.8-litre VVT-i-enabled engine is trouble-free and reliable. Get the MT version to fully exploit all the 125bhp the unit puts out, ATs are fast but take some of the driving experience away. Try to find out a post-2005 ABS-equipped car.

Here’s what BHPian anjan_c2007 had to say on the matter:

From your list of probables, the Honda City, Amaze, Toyota Corolla, Hyundai i 10/20/Grand, Suzuki Swift and SX-4 are the only ones that I will go ahead with. The others would not be worthy to buy as pre-owned cars. Some models in the list are discontinued ones whose spares could be a problem within a few years.

To select a good second-hand car there are many thumb rules that are available here on this forum. If you get a low mileage, single-hand used car with a clean bodyline and engine such a car could be zeroed upon. Patience is to be exercised and the search extends even up to 3-4 months to get the right one.

Here’s what BHPian ninjatalli had to say on the matter:

Might be useful to go through this thread with a similar ask from another young BHPian who was looking to get his first (and used) car. Although he started out with a slightly different ask (“enthusiast car”), the relevant options and BHPian suggestions pretty much came down to most of the ones in your list.

My personal recommendation (and this is what I did nearly 2 decades ago for a similar ask) – stick to Maruti. Swift / SX4 / Ignis / Baleno are decent options if you get them in the price range. Alto K10 AMT is quite fun to drive so at least give it a shot if you get used options. But I wouldn’t be that picky on the transmission given your budget but go with the options available.