Best SUVs for Parents Who Don't Hate Driving in 2021 The arrival of little ones into this glorious world means having to alter your transportation methods. You know the drill: Get rid of the sports car or flashy convertible for something with more doors, seats, and cupholders. And more often than not, that also means frumpy looks and mediocre driving dynamics. Not all hope is lost, however, because 2021 ushers in several crossovers and SUVs that could soften the blow of selling that roadster of yours, or at the very least help you miss your single-cab pickup a bit less.

Crossovers and SUVs (and for the purposes of brevity, we’re using the latter term across the board here) typically get lambasted by enthusiasts for being awful, high-riding machines that have changed the automotive landscape and somehow introduced horrid driving dynamics to the masses. (You know, because all those heavy, large, American sedans, wagons and trucks of yore were universally so sharp and nimble.) 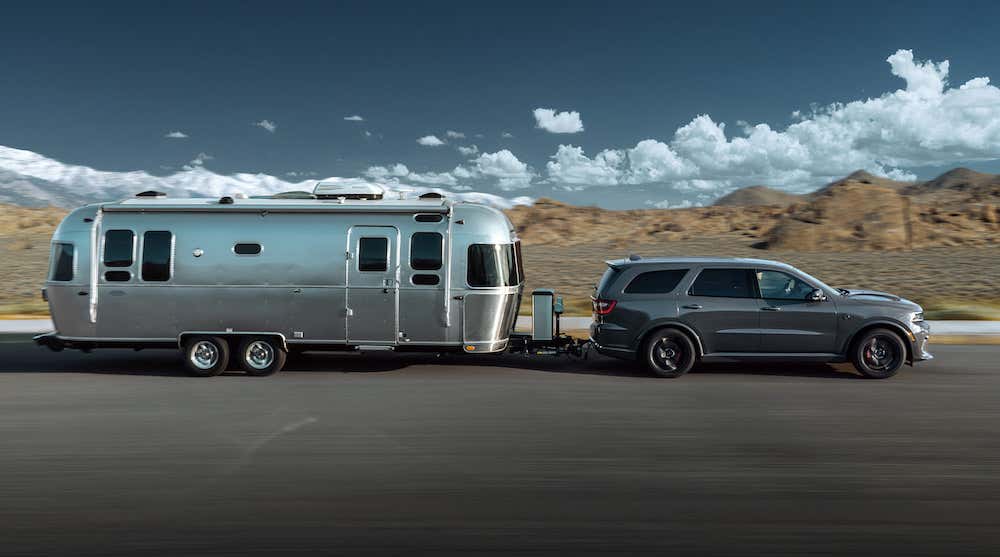 The truth is that SUVs and crossovers are cash-making machines for automakers, providing the funding necessary to build all the cool stuff enthusiasts love. But you don’t need a sports car for driving fun anymore.

In recent years, SUVs have even gotten substantially better at this whole “driving experience” thing—and not just by stuffing huge engines under the hood like Dodge did with the Durango Hellcat, but by grafting high-tech suspensions, brakes, and other tech and components from supercars into family-haulers.

The result? Powerful, agile, cool-looking, and fun SUVs. Yes, I just said fun. If you don’t think so, just check out the list below.

The Durango is already a solid SUV on its own. It’s a straight-forward, no-nonsense, three-row SUV that offers a good bang for the buck. But unlike the base models, the newly-released Hellcat trim packs enough punch to smoke a wide variety of sports cars off the line and still tow 8,700 pounds. 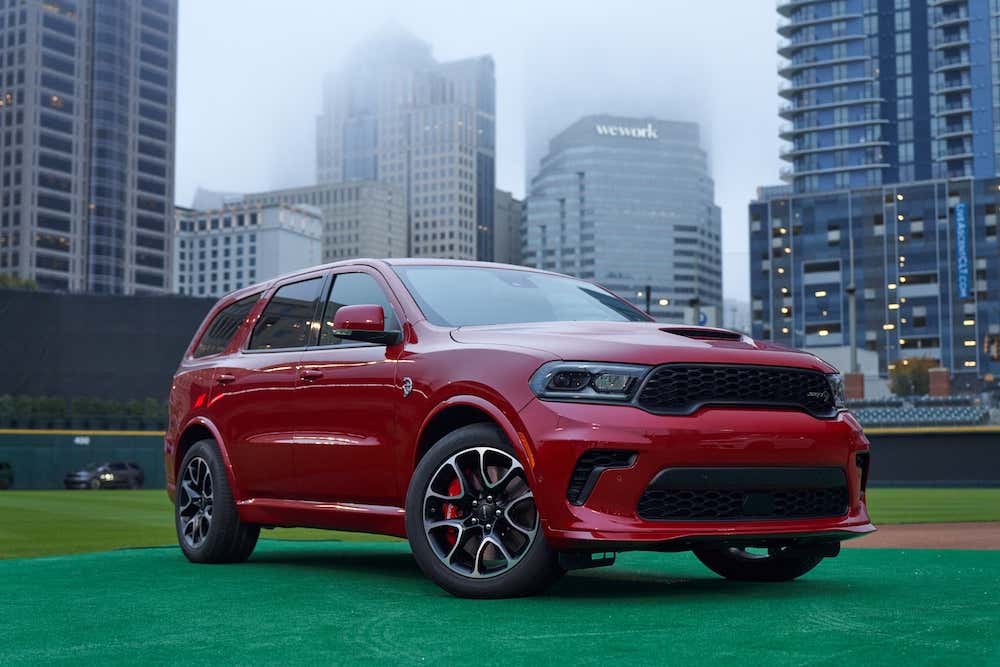 Under the hood lies a 6.2-liter supercharged Hemi V8 that puts down 710 horsepower and 645 pound-feet of torque. More importantly, it receives a tweaked suspension that further enhances the Durango SRT’s already tight ride, while Brembo brakes on the front and rear keep things under control.

Driving fun doesn’t have to be limited to the pavement, because let’s face it, driving off the beaten path can be a pretty cool weekend family activity. The Kia Telluride’s mechanical and design attributes bode well with parents who enjoy exploring the great outdoors. After all, it’s named after Telluride, Colorado, a destination widely loved by outdoor enthusiasts. 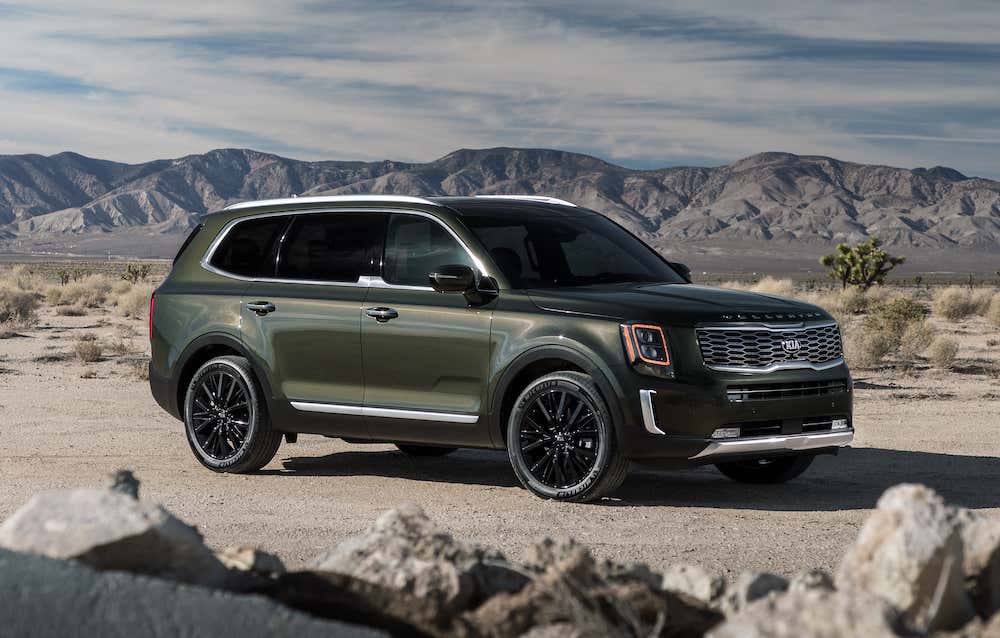 Powered by a 3.8-liter V6 engine that produces 291 horsepower, the Telluride can utilize its all-wheel-drive system and eight inches of ground clearance to explore mild trails regardless of ground conditions. If you feel like bringing toys along for the ride, it can also tow up to up to 5,000 pounds. It’s also a handsome, surprisingly premium option that will change any outdated opinions you may have about Kia as a brand.

The sleek Mazda CX-5 is probably the best-handling crossover $30,000 can buy. It shares the sporty DNA that’s also found in iconic cars like the MX-5 Miata, which means you feel a real connection to the road when you turn the wheel, hit the throttle, and step on the brakes. 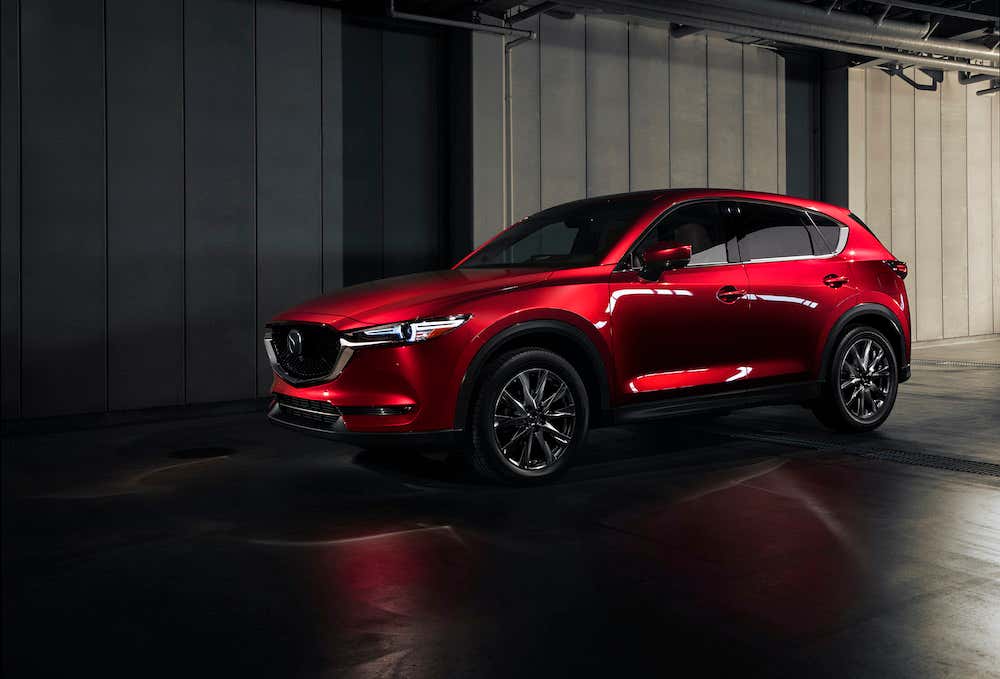 How could something big and bloated be fun to drive? Like I proclaimed in my review, the all-new Tahoe is the king of the road by offering a capable, smooth, and comfortable ride across city streets, interstates, and unpaved mountain roads. 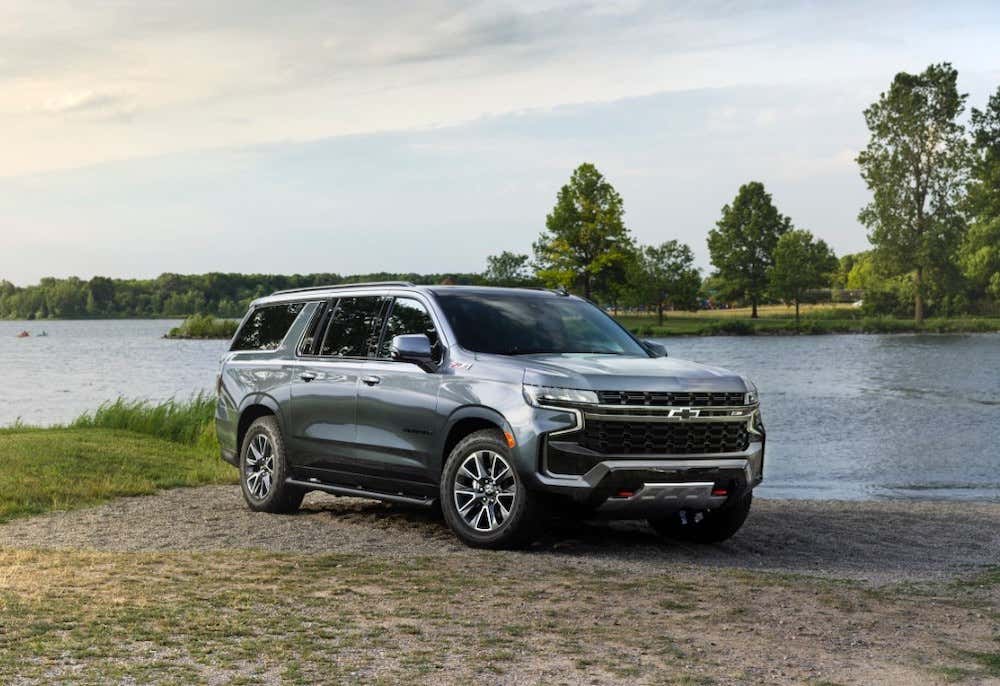 The 355-horsepower 5.3-liter V8 powering the new Tahoe is capable and refined, making it a joy to drive all day, every day. Taking the kids to school? No problem. Doing a no-frills cross-country road trip with the fam? Right on.

Opt for the 6.2-liter V8 with 420 hp for even more oomph, though keep in mind that only the 5.3 engine can deliver the 8,400-pound maximum towing capacity.

Say what you want about the Mach-E being part of the Mustang lineup, but facts are facts: the Mach-E Performance Edition rocks 480 horsepower and can do zero to 60 in just 4.5 seconds. Not bad for a heavy, battery-powered, family-hauling SUV, eh? 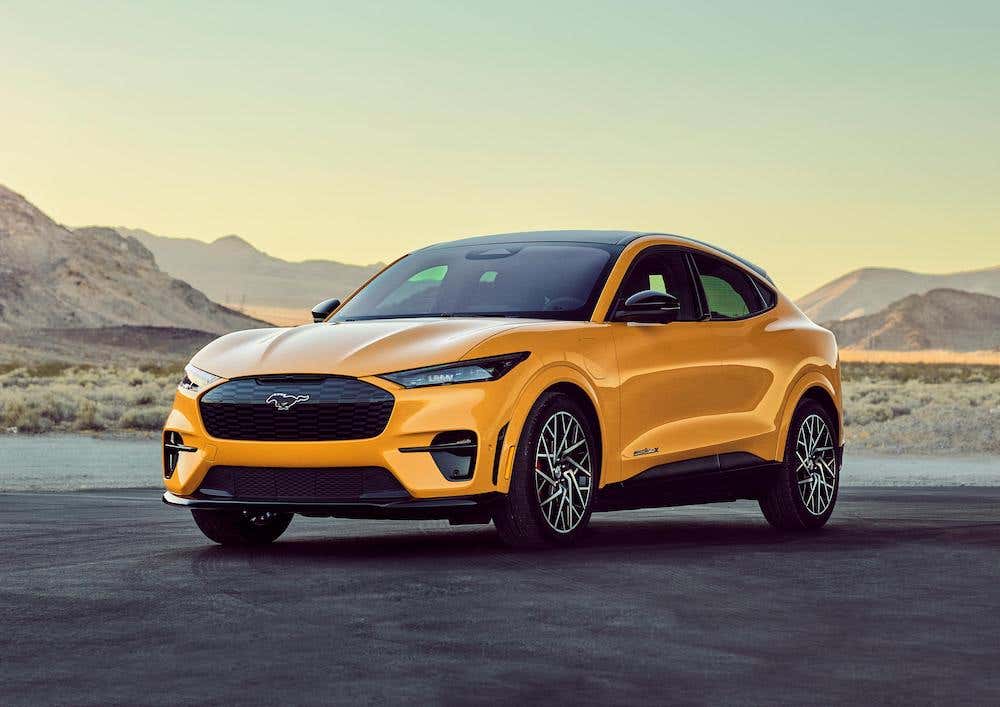 Of course, all that power comes at a price, and the supped-up Mach-E will only return 235 miles of range on a full battery, which is considerably less than the Premium, First Edition, or California Route 1 models that offer from 270 to 300 miles. So what, you have to plug in more often, but think of how much fun you’ll have on your way to the grocery store?

The original Acura RDX was an itty-bitty, fun-sized, turbocharged crossover with all-wheel-drive. After a second-generation model with a mediocre design and performance, the new-gen RDX once again gets back to its roots with killer looks and awesome handling, making it one of my favorite SUVs to spot at the school drop-off line. 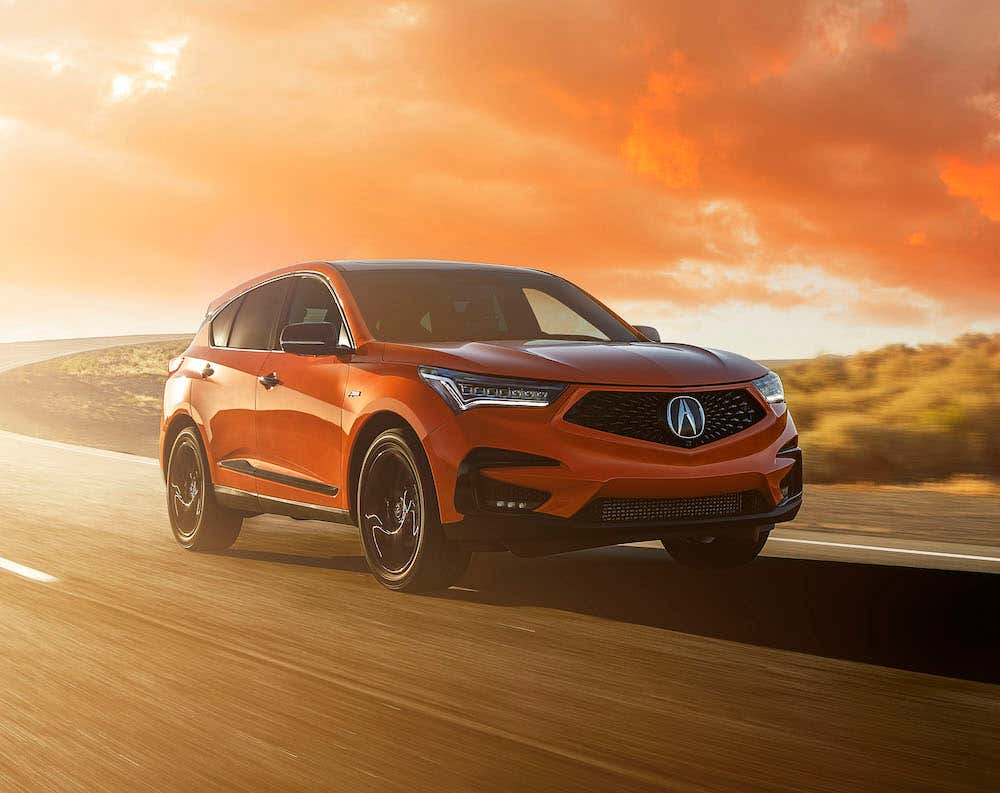 A 2.0-liter turbocharged four-cylinder engine produces 272 horsepower and is paired to a 10-speed automatic transmission and standard front-wheel-drive. All-wheel-drive is optional but well worth it for driving enjoyment and safety in inclement weather, of course. You can even get one in the NSX’s Thermal Orange if you snatch one of the 360 PMC Edition units.

Whether you’re into off-roading, mountain biking, camping, or simply towing the jet skis out to the lake, there’s hardly a better SUV for the outdoor-enthusiast family than the Toyota 4Runner. Offered in a variety of trims ranging from the basic SR5 to the super-capable (and pricey) TRD Pro, its high-riding suspension, bulletproof engine, and legendary reliability will get you there. 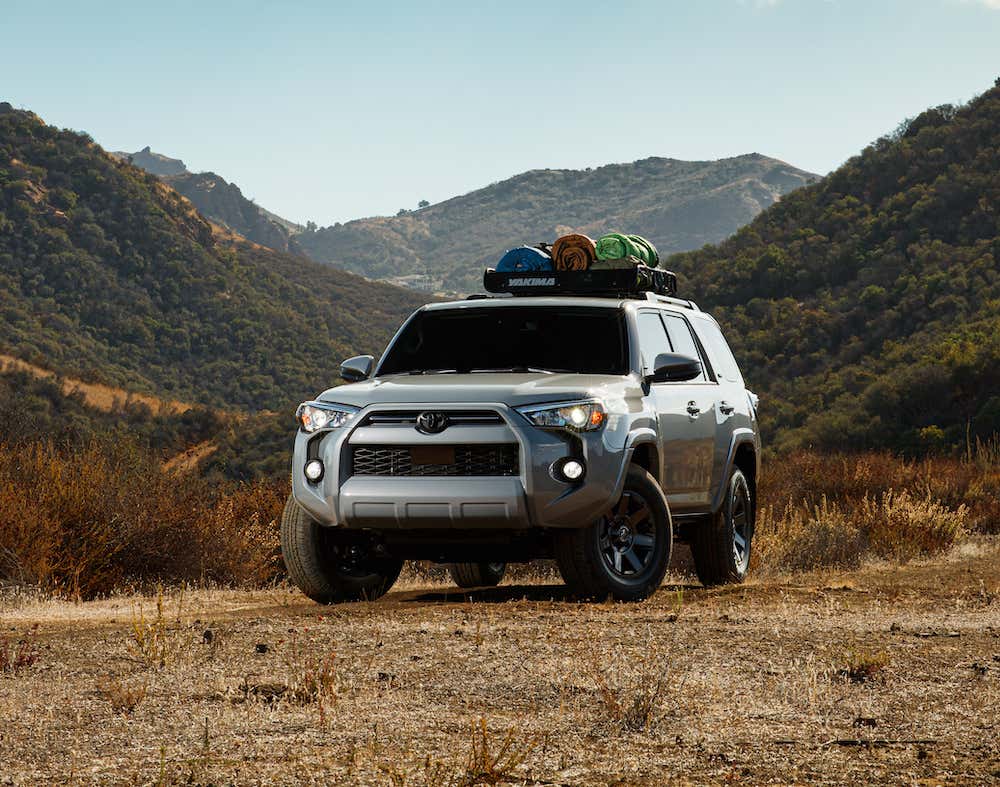 The current 4Runner has been around for a decade now, so as a car model it’s one of the oldest on our list, but it’s also proven and predictable. Its gutsy 4.0-liter V6 engine sends 270 horsepower and 278 pound-feet of torque to all four wheels via a five-speed automatic transmission with a low-range transfer case.

There may be plenty of reasons to cry about the modern-day BMW M Car: their weight, their price tags, their cyborg-like uninspiring performance, and of course, those god-awful grilles. But for every one of those flaws, there’s an amped-up BMW M SUV willing to tear your and your family’s faces apart. Cue in the BMW X3 M. 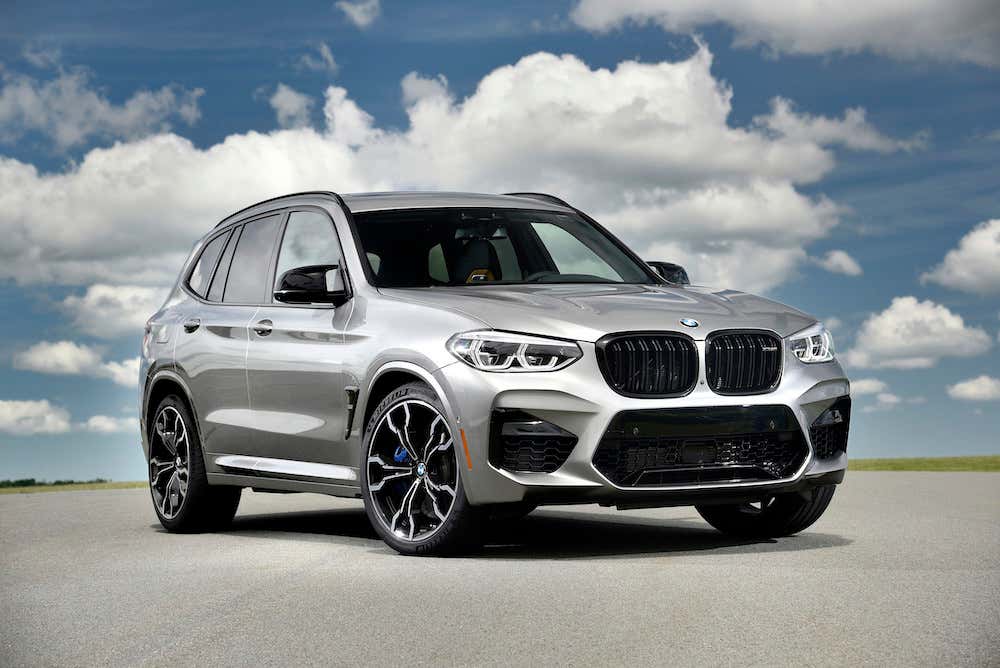 Offering 473 horsepower on tap from its 3.0-liter twin-turbo inline-six—the Competition trim boosts that to 503—this compact crossover is violently quick with a zero to 60 time of just 3.3 seconds and a top speed of 161 mph. It will even do the quarter-mile in 11.6 seconds at 119 mph. That’s faster than a lot of so-called sports cars.

Leave it to the Germans to create a full-size SUV with 603 horsepower (624 wit EQ Boost), a lightning-quick nine-speed automatic transmission, and an active suspension system so advanced that you can basically adjust each wheel individually—if for some reason you want to do that. That sums up the GLE 63 S. 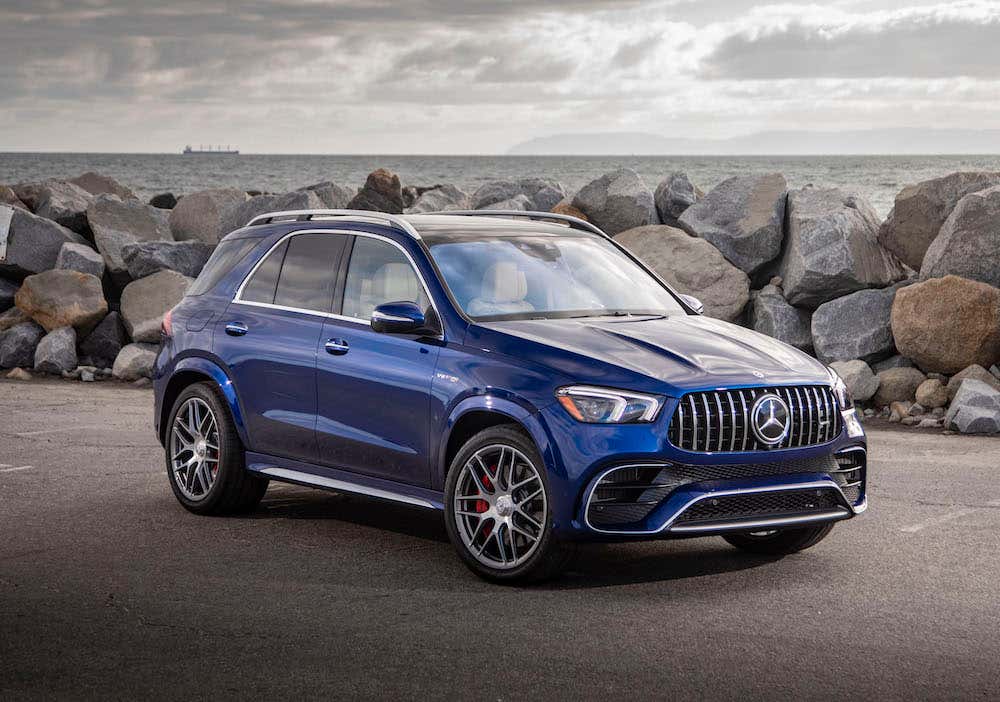 Powered by a bi-turbo 4.0-liter V8 engine, the GLE SUV, according to our most recent review, renders sports sedans useless. How can it not, with a trunk big enough for strollers, soccer gear, luggage, groceries, or whatever else your day throws at you, plus the ability to get to 60 mph from a standstill in just 3.7 seconds and reach an electronically limited top speed of 174 mph. You’ll never run late again.

The Audi Q5 isn’t exactly a powerful SUV, nor a capable off-roader. So why does it land on this list? Because much like the Mazda CX-5, it offers a fun driving experience courtesy of its sporty driving dynamics. It doesn’t rely on bags of power or shouty body kits to put a smile on your face. Instead, the stout suspension and nimble steering make you feel like you’re driving something much sportier and cooler than you really are. 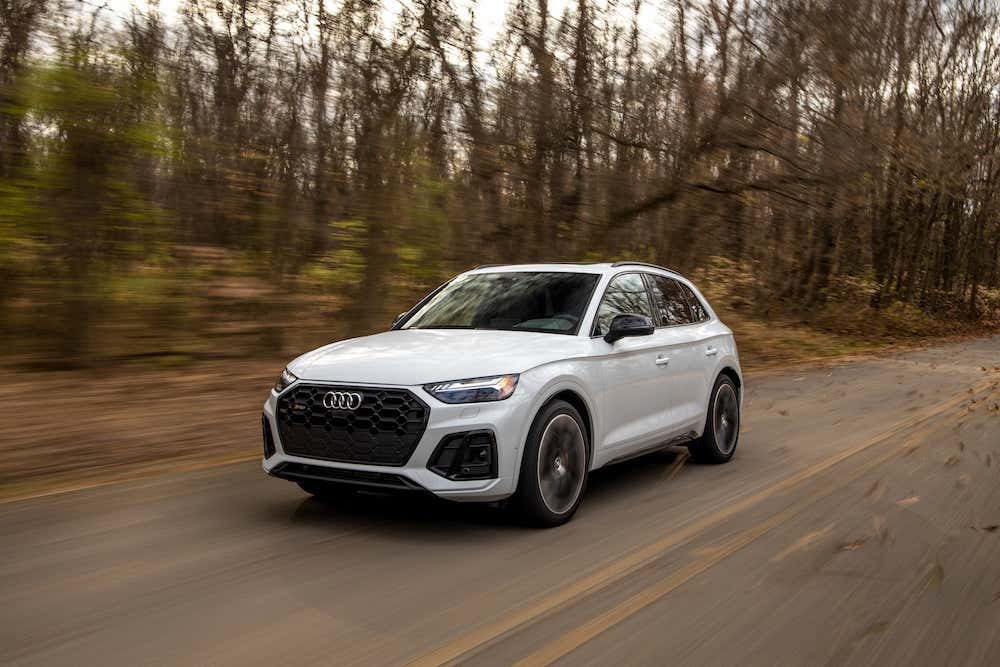 A 2.0-liter turbocharged four-cylinder engine produces a respectable 248 horsepower, providing enough pep to quickly get around town without burning too much fuel. Quattro all-wheel-drive is standard, so running errands in the dead of winter shouldn’t be a problem at all. If your pockets are deep enough, however, you can opt for the 349-horsepower SQ5 variant with a 3.0-liter turbo six-cylinder.

Another compelling option is the Q5 plug-in hybrid, the Q5 55 TFSI e, which despite its goofy name offers SQ5 levels of power while sipping gas and offering 19 miles of pure electric range. There’s a reason Audi sells so many Q5s.

END_OF_DOCUMENT_TOKEN_TO_BE_REPLACED

END_OF_DOCUMENT_TOKEN_TO_BE_REPLACED
We and our partners use cookies on this site to improve our service, perform analytics, personalize advertising, measure advertising performance, and remember website preferences.Ok