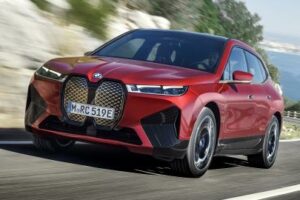 In India, the iX will be offered in the xDrive40 flavour.

BMW has unveiled the iX electric SUV in India. It will be formally launched on December 13 and deliveries will start from April 2022.

In India, the iX will be offered in the xDrive40 flavour. This variant features two electric motors – one on each axle. They have a combined output of 322 BHP and 630 Nm.

The iX also supports fast charging of up to 150 kW, which can replenish the battery from 10-80% in just 31 minutes.