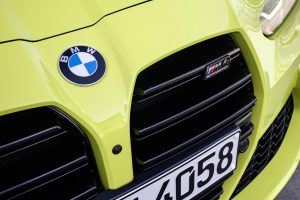 Incredibly, BMW M GmbH set a sales record last year – this year it will try to go one better

Last year was nothing if not full of surprises, a list to which one more can now be added: BMW M GmbH set a sales record. In the 2020 fiscal year, six per cent more M cars reached customers than during the same period in 2019, for a total of 144,218 units. Some feat given the obstacles 2020 presented in selling the public preposterously powerful BMWs. Apparently Russia and Korea were big markets, with volumes up more than 60 per cent on the previous year, as well as Italy – it saw a 47 per cent climb.

BMW credits the success, predictably enough, to the "successful market launch" of the X5 and X6 M. However, it's also said that the M2 CS as well as the M Performance 3 and 4 Series models – M340i, M340d, M440i – contributed to bumper year, so that's a reason to be cheerful.

And, of course, 2021 promises to be another momentous year for M GmbH, with customers of the new M3 and M4 set to receive their cars very soon indeed. That's in addition to the M5 CS, and the rumours of a 1 Series M to take on the Audi RS3 and Mercedes-AMG A45 continue to simmer away. Oh yes, and the electric one…

That's right, 2021 will see the launch of a BMW M car without a combustion engine. "During the year 2021, the BMW M GmbH will be presenting an electrically powered performance automobile for the first time,", says the press release, the manufacturer boldly describing the electrified M car as a "completely new manifestation of the distinctive M feeling." Which is fairly substantial news, let's be honest, for a motorsport division that's made some of the finest road car engines in automotive history.

Speaking of history, BMW M celebrates a big milestone in 2022, marking 50 years since it was created. We're promised "a year full of surprises" from Chairman Markus Flasch, focusing on (unsurprisingly) special edition models. That's in addition to the M3 Touring, remember, so don't imagine the half century will be marked solely with electric vehicles and SUVs. But they're undoubtedly going to play a part in M Division's anniversary year, as today's announcement proves beyond any doubt. Just when it seemed BMW had run out of surprises…