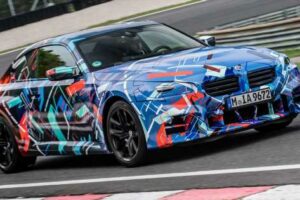 The head of BMW Frank Van Meel, has said the firm will keep the manual alive given there’s still demand from its customers. The manual gearbox has been in danger of extinction for years, but the march towards electric has sped up its pace – Volkswagen will end production of manual cars in 2030, and Mercedes will do the same as early as 2023.

BMW’s pledge in an interview with Autocar, comes alongside the revelation that around 50 percent of BMW M2 sales are for the stick shift version, which Van Meel says is down to the fact that many customers prefer the “connection” allowing them “to demonstrate they can tame the beast – and that’s the point. We want to keep it.”

Van Meel considers a manual transmission part of the emotional appeal of M cars, with the new upcoming BMW M2 to be released with a six-speed stick shift option alongside an eight-speed automatic.

That’s despite the fact, as Van Meel puts it, that “from a technical viewpoint, there’s little reason to save it. It’s heavier, it’s slower and you get worse fuel consumption than the alternative. But the customer and the fanbase really love the manual.”

Sometimes the right answer isn’t necessarily the logical one – despite the drawbacks, changing gear the old fashioned way can be one of the most rewarding ways to drive a car. Let’s hope BMW stays true to its word and that the manual still has plenty of life left in it yet. That said, it’s hard to fathom how the manual could survive the EU’s shift to non ICE vehicles by 2035, unless BMW decides to manufacture its own simulated manual gearbox like Toyota’s.