Home » News & Features » Bollinger Electric Work Trucks Could Have Up to 11,500 Pounds of Payload Capacity

Bollinger Electric Work Trucks Could Have Up to 11,500 Pounds of Payload Capacity 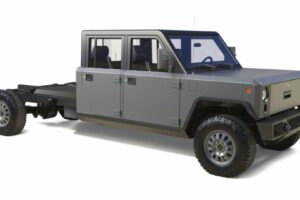 Electric vehicles have already become a growing fixture of the passenger car market. The next battleground will be in other sectors, like heavy goods transport and logistics. Startup Bollinger Motors aims to enter this very space, recently announcing its new commercial electric vehicle platforms for Class 3, 4, and 5 trucks with some seriously impressive capability targets.

The new Bollinger platform goes by the name of Chass-E, shipping in three major variants to suit each relevant truck classification. The Chass-E-3 is, naturally, the Class 3 entrant, with a planned payload capacity of up to 8,000 pounds. From there, the Chass-E-4 steps up to 9,000 pounds while the Chass-E-5 can shoulder a mighty 11,500 pounds—that last stat is according to the press release, though another included graphic quoted 11,000 pounds. We’ve reached out to Bollinger for clarification. Regardless, each uses a bespoke Bollinger Motors 700-volt battery pack that’s available in three sizes—140, 210, and 280 kilowatt hours. 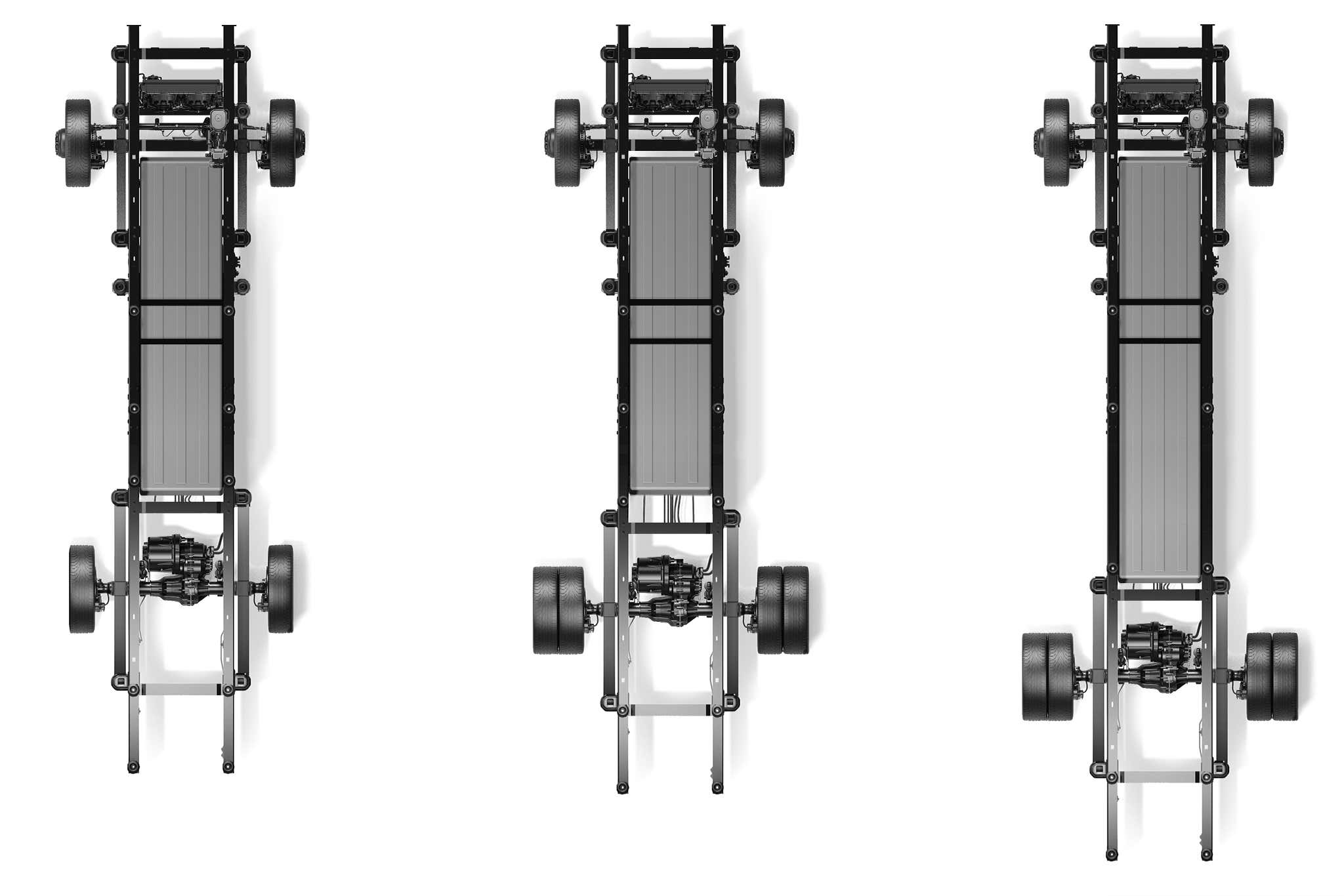 The Chass-E-3 is a single-rear-wheel model, while the Chass-E-4 and 5 have dual rear wheels.

The Chass-E is essentially an electric skateboard platform with an electrically driven solid rear axle, ready for the end-user to build whatever they like on top. Two- and four-door cab options are available, and the company posits a variety of potential applications for the platform. From a simple flatbed to a box truck or aerial work platform, they’re all possibilities cited by Bollinger. The company also notes that the Chass-E could make a great basis for an airport tug, an application that would benefit greatly from the instant-on torque of electric drive. 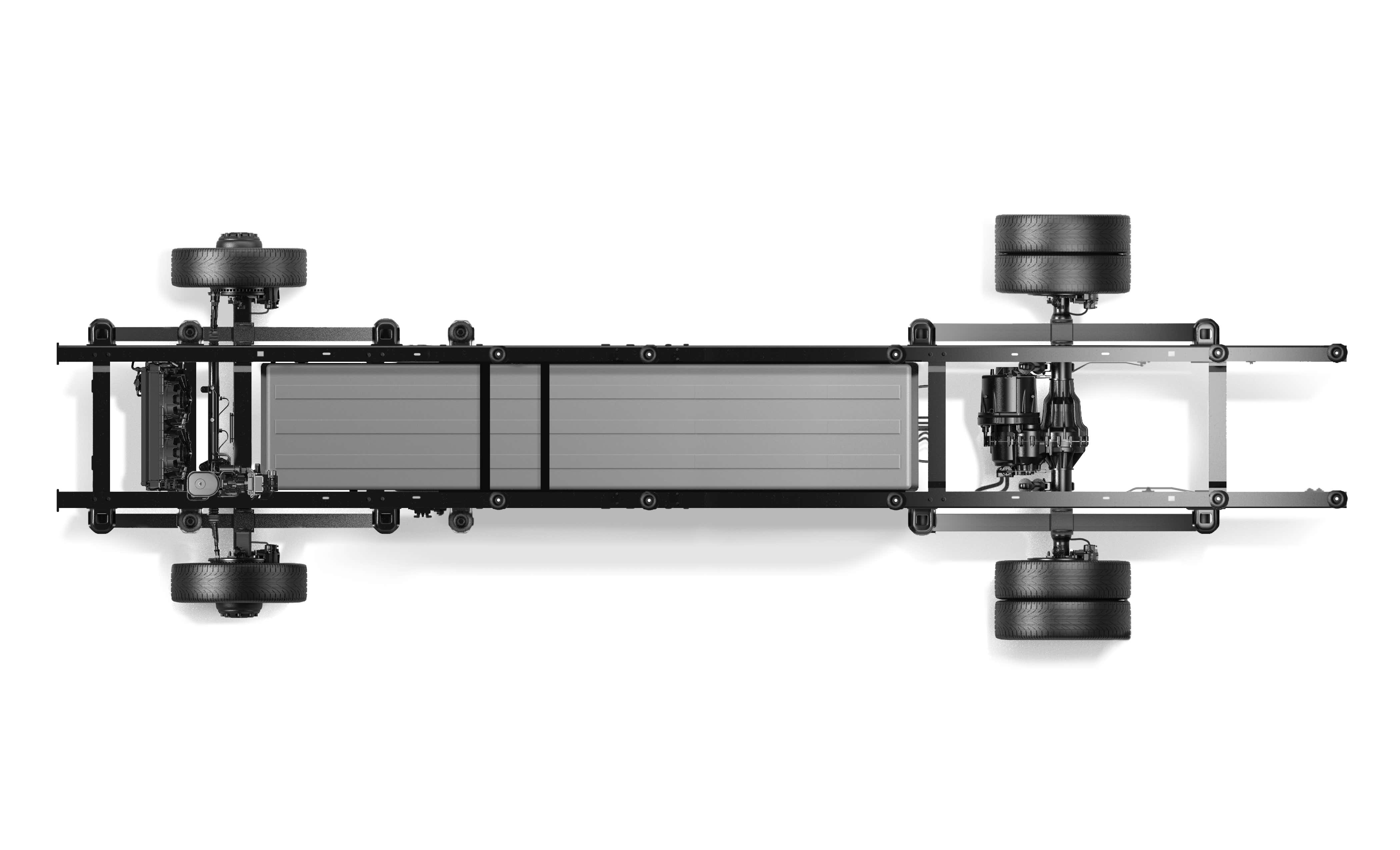 Truck classifications are made on the basis of a model’s gross vehicle weight rating, which in basic terms is the total mass that the vehicle is capable of handling, including any payload. Thus, for a Chass-E-5 to carry an 11,500-pound payload, the rest of the vehicle could only weigh up to 8,000 pounds in order to remain compliant with the 19,500-pound weight limit for Class 5 vehicles. Similarly, at the other end of the scale, a Chass-E-3 intended to carry 8,000 pounds of payload would only be able to have an unloaded curb weight of 6,000 pounds.

Thus, having multiple battery packs to choose from will be key to designing a vehicle to suit a specific need. Greater payload capacity might require the trade-off of a smaller battery. Conversely, a truck intended for longer-range routes might carry a smaller payload to remain legal due to the extra mass of the larger batteries. Bollinger’s Commercial Sales Director Frank Jenkins says, “The variety of battery packs available to all three vehicle-class sizes means that the end customers can choose their payload, wheelbase, price point, and mile-range targets that best suit their fleet.”

The timetable for delivery of the Chass-E to market isn’t yet clear; we’d expect to see it sometime after the company’s B1 SUV and B2 pickup are on sale, and those are expected sometime later in 2021. Products like the Chass-E are something we’ve anticipated since the electric vehicle revolution kicked off. Easily reconfigurable skateboards ripe for upfitting will likely become commonplace in the commercial vehicle market as the shift away from fossil fuel vehicles continues.