Home » News & Features » Booking a car before price reveal: Yes or no?

Booking a car before price reveal: Yes or no? 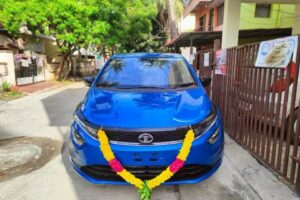 BHPian ajayc123 recently shared this with other enthusiasts.

Daniel Kahneman, professor emeritus of Psychology and Public affairs at Princeton University was awarded the Nobel prize in Economics. What? A psychology professors gets an economics prize. Let’s leave that deliberation and reasoning for another day.

Many years ago Kahneman had visited the chief investment officer of a large financial firm, who told him that he had just invested some tens of millions of dollars in the Ford Motor company. When he was asked how he made this decision, he replied that he had recently attended an automobile show and had been impressed. ”Boy, do they know how to make a car!” was his explanation. Thankfully, we are talking cars, but are we?

Kanhneman points this out as an example of human behaviour, where judgements and decisions are guided directly by feelings of liking and disliking, with little deliberation and reasoning.

Kahneman further goes on to say that jumping to conclusions is efficient if the conclusions are likely to be correct and the cost of occasional mistake acceptable, but it is risky when the situation is unfamiliar and the stakes are high. There are circumstances in which intuitive errors are possible, which may be prevented by deliberation and reasoning.

We continue to see this trend that a lot of us are so eager to book a vehicle, or at least many of those who have booked a vehicle, are so eager to announce it on social media. More so, the booking is done and dusted, even before the price reveal. Are we jumping to conclusions? The frenzy almost looks like the “Fastest Finger First” segment of the TV program “Kaun Banega Crorepati”.

So I thought, let’s have this poll to find out more about this behaviour, and do a bit of “deliberation” and “reasoning” on this trend, with the hope to surface some ideas that could be of use to many of us to decide if we should book our vehicle before the price reveal.

Looking forward to your polling and commentary on your poll choice.

If the car looks promising (XUV700, Carens etc.) & I have a serious purchase intent, I definitely would. Helps being ahead in the que, and if its overpriced or I don’t like it after a test-drive, I will anyway get a refund. These days, the OEMs also start drip-feeding information before the unveil & launch. That, combined with scoops, does give one a reasonable idea of what to expect.

Of course, an entirely different matter that I don’t prefer to buy the 1st or 2nd model year of any freshly developed car. Year 3 onward is my comfort zone as by then, most of the teething issues & niggles are ironed out. All the cars I currently own are either facelifts or a bit late in the model year.

Here’s what BHPian Eddy had to say on the matter:

I would not have done it a year back, when the waiting times were manageable. If I had to buy a car today, yes I would book even if I was not sure of buying a particular car.

And if I were sure, I would book at multiple dealers too. The wait times are ridiculous!

E.g. If I was in the market today, I would have booked the HyRyder or it’s Maruti equivalent.

Here’s what BHPian jalex77 had to say on the matter:

Not only will I not book a vehicle before prices are announced, but I’ll wait for six months atleast to see how the vehicle fares and proves itself on open roads. I bought a Duke 200 in 2012 and in less than three months of its launch. I ended up being a ‘test rider and input provider’ of sorts for them for future updates for a while. I don’t have the time or energy now to be that ‘test rider/driver’ who actually paid the company upfront for testing and providing feedback for better products.

Here’s what BHPian Axe77 had to say on the matter:

My response is more in light of the recent state of the Indian car (and superbike) market what with long waiting periods, limited supply, chip shortage, frequent price revision, etc. I don’t believe I’ve ever pre booked a car before 2022. With that context:

If I’m very seriously interested in the product, yes, I would. This is subject to the amount being “fully” refundable of course.

Two key reasons would drive this:

1. To be ahead in the queue if I decide to pull the trigger on launch; and

2. Improving chances of launch price protection if I expect the product to attract introductory pricing.

What I would not pull the final trigger on is to confirm a buy, without a proper test drive to my satisfaction and complete knowledge of variant, features, specs etc. All of this is always known at launch though.

I did follow this course of action for my recent Meridian booking as well, which I ‘soft booked’ some months before the actual launch and price reveal. At the time, the Kodiaq running out of orders within a couple of weeks of launch played its part in influencing my decision.

A third minor benefit is that you do get quicker / more ready access (mostly) if you’ve made an early soft booking, compared to walk-in prospective buyers who arrive at launch. At least that’s my hope and perception. With the Meridian too, they gave me two test drives within a week of launch. One regular 3 – 4 km sorts and then another which was almost 45 kms long starting early AM on a weekday.

Ironically neither of the two points listed above would have been so critical in the case of the Meridian with its relatively lukewarm reception by the market, but the amount was not big so I’m not fussed either way, specially since I did ultimately buy it.