The world is changing and fast. If you look at new car reveals coming, more and more are for electric cars, and indeed brands: Hummer EV, Polestar, and Ioniq, to name a few, not to mention the ever-tightening restrictions on internal combustion engines. The latest standards from Europe, called Euro 6, effectively require a particulate filter for gas engines. If you want to know when the revolution is coming, it’s here and you’re in it.

And it affects every aspect of the car, including the brakes. Brembo is aware and doing what it can to stay on top of the industry’s quickly changing demands, providing two new technologies to reduce vehicle emissions.

The first is called the Greentive brake disc. Greentive is a mash-up of the words green and distinctive. Greentive discs resist corrosion much more effectively than standard iron units because of a special coating around the surface. Brembo calls it high-velocity-oxy-fuel. 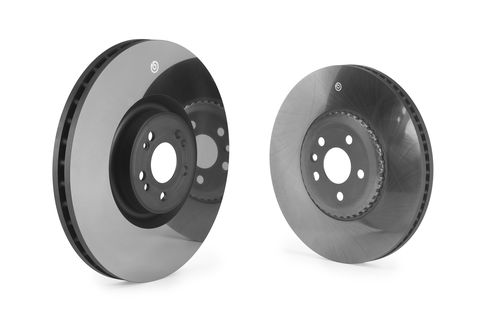 With the coating, Brembo says the disc lasts much longer and more robustly resists corrosion. As a result, you have a big reduction in brake dust, which is a particulate emission. Finally, the Greentive disc offers a mirrored finish, which is quite stylish.

If this sounds at all familiar, that’s because Porsche has a similar technology already offered on some of its products, called Porsche Surface Coated Brakes, using a tungsten-carbide coating for a similar effect. 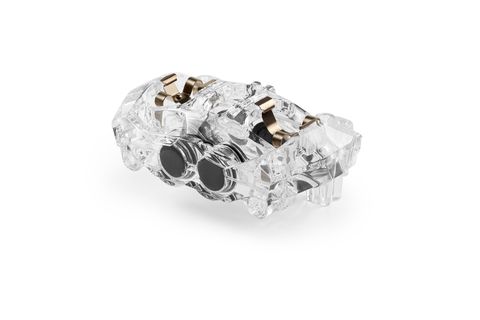 The Italian brake manufacturer also introduced a new caliper, named Enesys, a three-word mash-up of ENErgy Saving sYStem. Effectively, Brembo designed a new spring built into the caliper that better pushes the pads back to its position against the piston, preventing any unwanted friction from a lagging brake pad still gently pressing on the disc after the driver released the brakes. 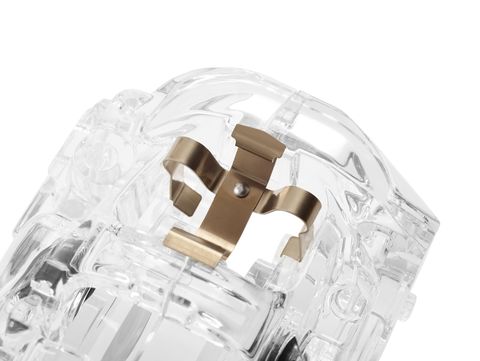 Brembo claims a potential reduction in CO2 emission because the powertrain has less friction to overcome to move the car. Furthermore, no friction means no wear, reducing particulate emissions and increasing the life cycle of the pads and rotors. This technology seems a bit like low hanging fruit, a “why haven’t they done this before,” kind of thing, but hey, better late than never. As long as it doesn’t hurt brake feel, of course.

The world is evolving, and cars are changing with it. And to move in a new direction, you need to be able to stop and change.

END_OF_DOCUMENT_TOKEN_TO_BE_REPLACED

END_OF_DOCUMENT_TOKEN_TO_BE_REPLACED
We and our partners use cookies on this site to improve our service, perform analytics, personalize advertising, measure advertising performance, and remember website preferences.Ok