Burly Bug: Bugatti Wants an SUV Like This, Bad According to Volkswagen Group honchos, the worst is over for Bentley—or is it? VW chief strategist Michael Jost let it be known recently that the earliest target date for the next all-new Bentley is 2024, which is another way of saying that the Continental and Bentayga families will have to keep the fire stoked in the meantime. In the short run, the new 2020 Flying Spur and Bentayga facelift should help, although the Mulsanne is expected to give way to a long-wheelbase Flying Spur with even more luxury.

The next-generation Bentleys are likely to be spearheaded by a full-size, top-notch all-electric sedan, which could be powered by a high-performance, hydrogen fuel-cell stack. Whatever ends up propelling it, we don’t expect it to come out looking like the aggressive EXP 100 GT concept car revealed as part of Bentley’s 100th anniversary celebration. It received mixed reviews and is likely to disappear for good in the brand’s evidence room.

The designated Bentley halo car has been described as a high-tech anti-Phantom, epitomizing sustainable modern super luxury. Trouble is, synergies aren’t typically leaned on for such an exquisite standalone product. According to the Porsche grapevine, vehicle production in Crewe may in the future concentrate on this elite flagship along with bespoke one- or few-offs handcrafted by the Mulliner division, as well as long-wheelbase and armor-plated models across all VW Group brands. In this scenario, the U.K. home base would become the center of excellence for the group’s micro- and low-volume production, while the Bentayga line would be transferred to Bratislava in 2023 and the Continental range moved to Leipzig in 2029.

Over at Bugatti, the situation is in a relative state of flux, although VW CEO Herbert Diess paid a visit to Molsheim in the third week of July, presumably in an effort to help chart the marque’s future. Though the Chiron is performing according to plan, Bugatti CEO Stephan Winkelmann wants a second product (a crossover, naturally, as we’ve reported before) to strengthen the well-being of the marque, which still is one of Ferdinand Piëch’s pet projects. (Don’t believe for a minute that it was soccer superstar Ronaldo who bought the one-off Bugatti La Voiture Noire . . .) 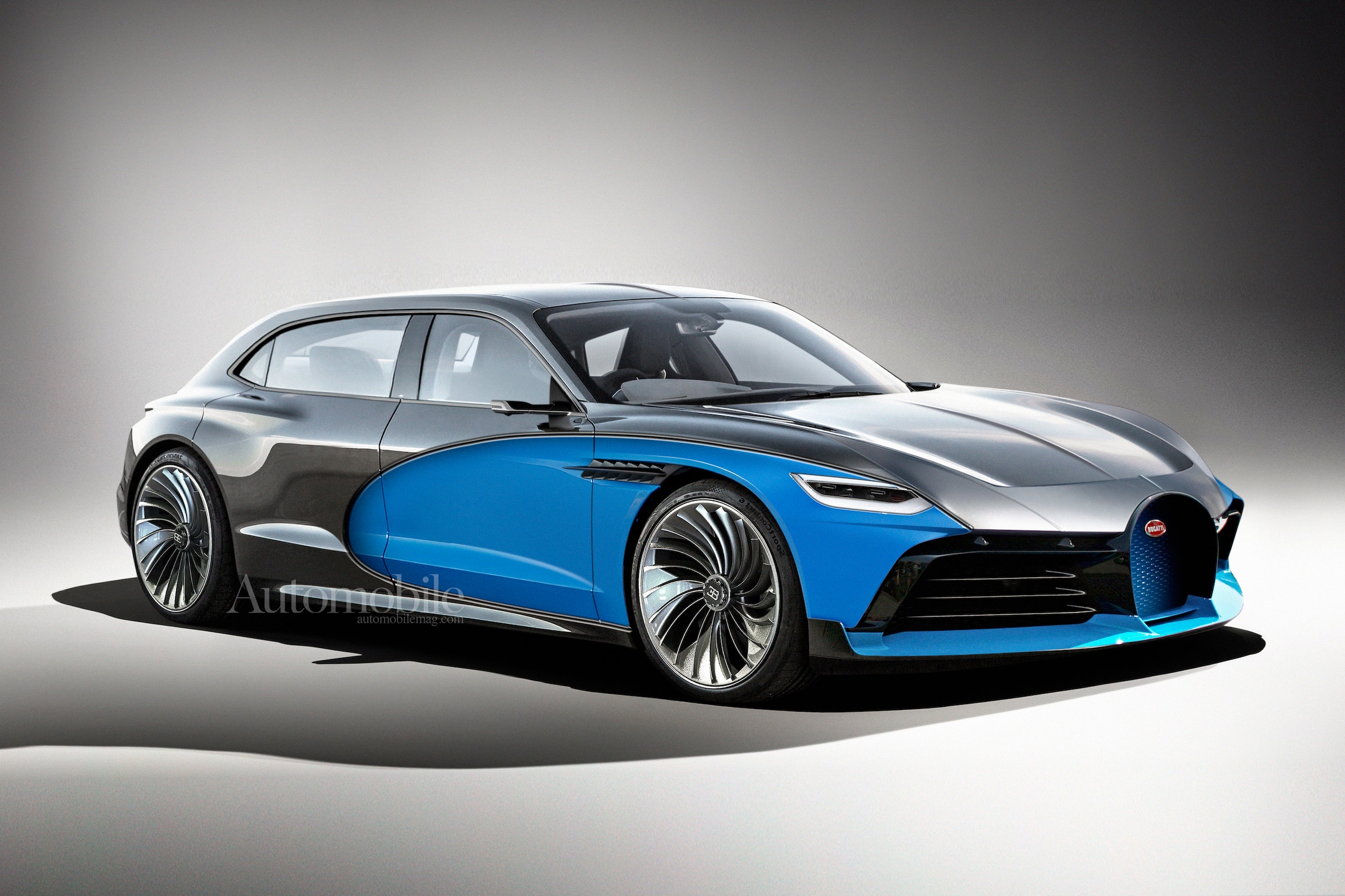 The all-electric crossover could be developed with the help of Edag (a well-known R&D company) and built by Magna, though Bugatti may consider reviving its defunct Campogalliano factory (which we visited in its decrepit state a few years ago) near Modena for the job. Via its Porsche connection, the French boutique brand also got in touch with Rimac with regard to developing a suitable EV drivetrain. We’ve been told that the Croatian entrepreneur may be willing to sell Bugatti its 1,850-hp C002 rolling chassis, complete with batteries and control electronics. Regardless of how and where it’s built, the plan would be to sell around 600 of the emphatically dynamic three-door crossovers per year, priced anywhere from $850,000 to more than $1 million depending on specification.

Alternatively, Bugatti, Lamborghini, and Porsche could share a new, still to be defined hypercar architecture for the pending 918 replacement, an EV followup to the Chiron, and a potential all-electric Lamborghini.