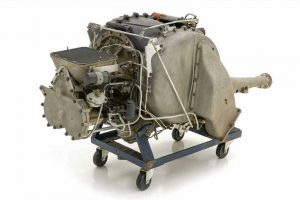 It seems like just yesterday we were writing about a Chrysler Turbine Car for sale, and… yeah, actually, it was yesterday. The thing sold already, by the way. Quick, huh?

So it looks like you’re going to have to wait at least a couple of decades for another opportunity to buy a legit Turbine Car. However, if you’re just interested in turbine power, boy have I got news for you. Coming from the same collection as the Turbine Car is an exceedingly rare Chrysler turbine engine offered by Hyman Ltd. It’s the same kind that powers the Turbine Car, transmission and everything. All you have to do is find a car to put it in, figure out how it actually works, and cough up $100,000. Easy! 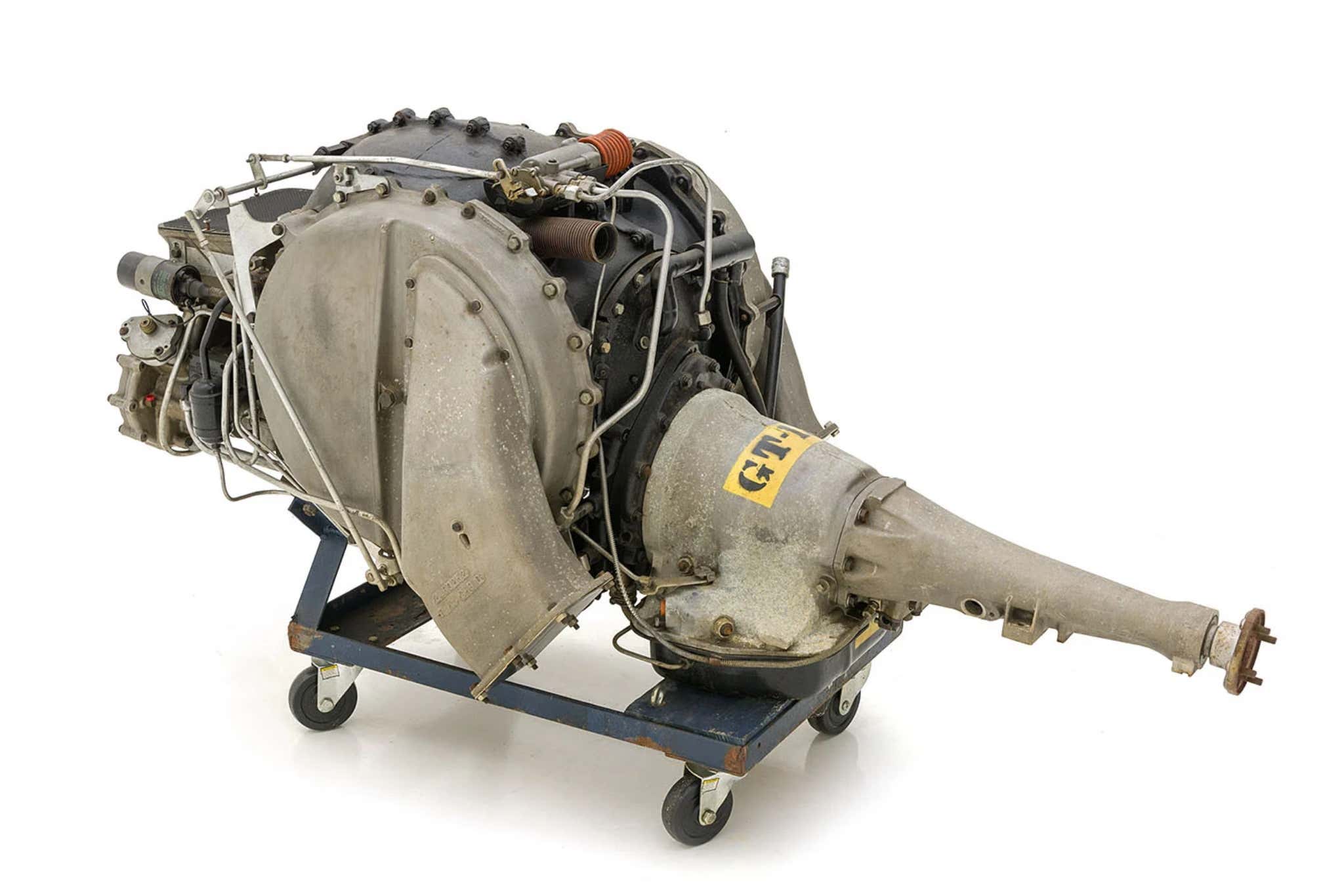 As mentioned yesterday, this A831 turbine engine makes 130 horsepower and 425 pound-feet of torque, and it’s hooked up to a conventional three-speed automatic transmission. It’ll run on just about anything combustible, from jet fuel to tequila. It’s not clear what the running state of this particular engine is, though. Seeing as it’s on a display stand which looks a little worse for wear, it likely hasn’t run in a very long time.

Chrysler was one of the companies at the forefront of introducing turbine tech to American public roads throughout the 1960s and ’70s alongside Ford and General Motors. Both Ford and GM never made it quite as far as Chrysler did, though. Chrysler was the only one of the Big Three to actually lease turbine-powered vehicles to the public, even if it was just 50 of ’em. All of GM’s work with turbines was limited to concept vehicles, and Ford’s turbine engines only ever saw road-going service in company-owned W-1000 semi-trucks. 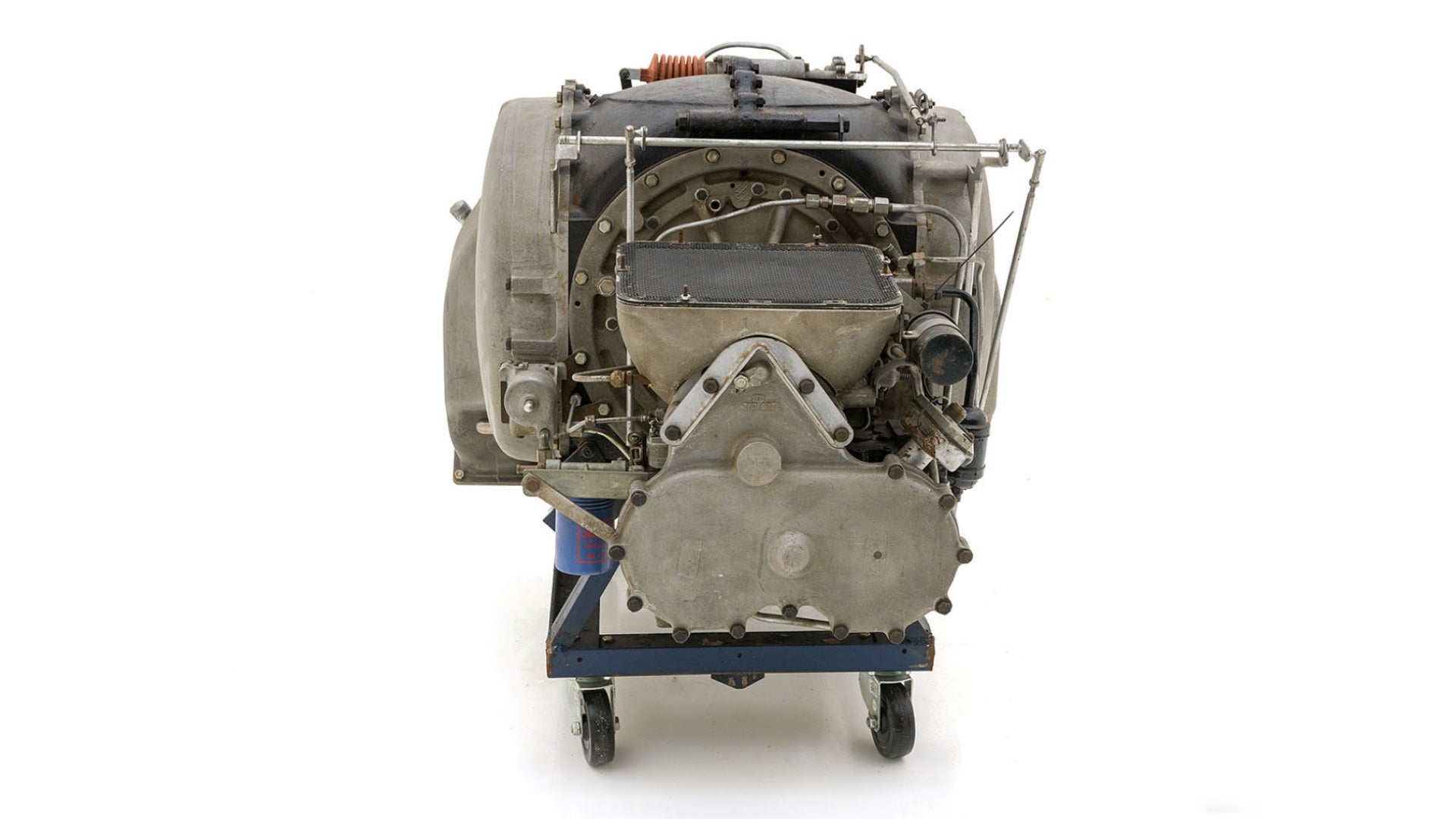 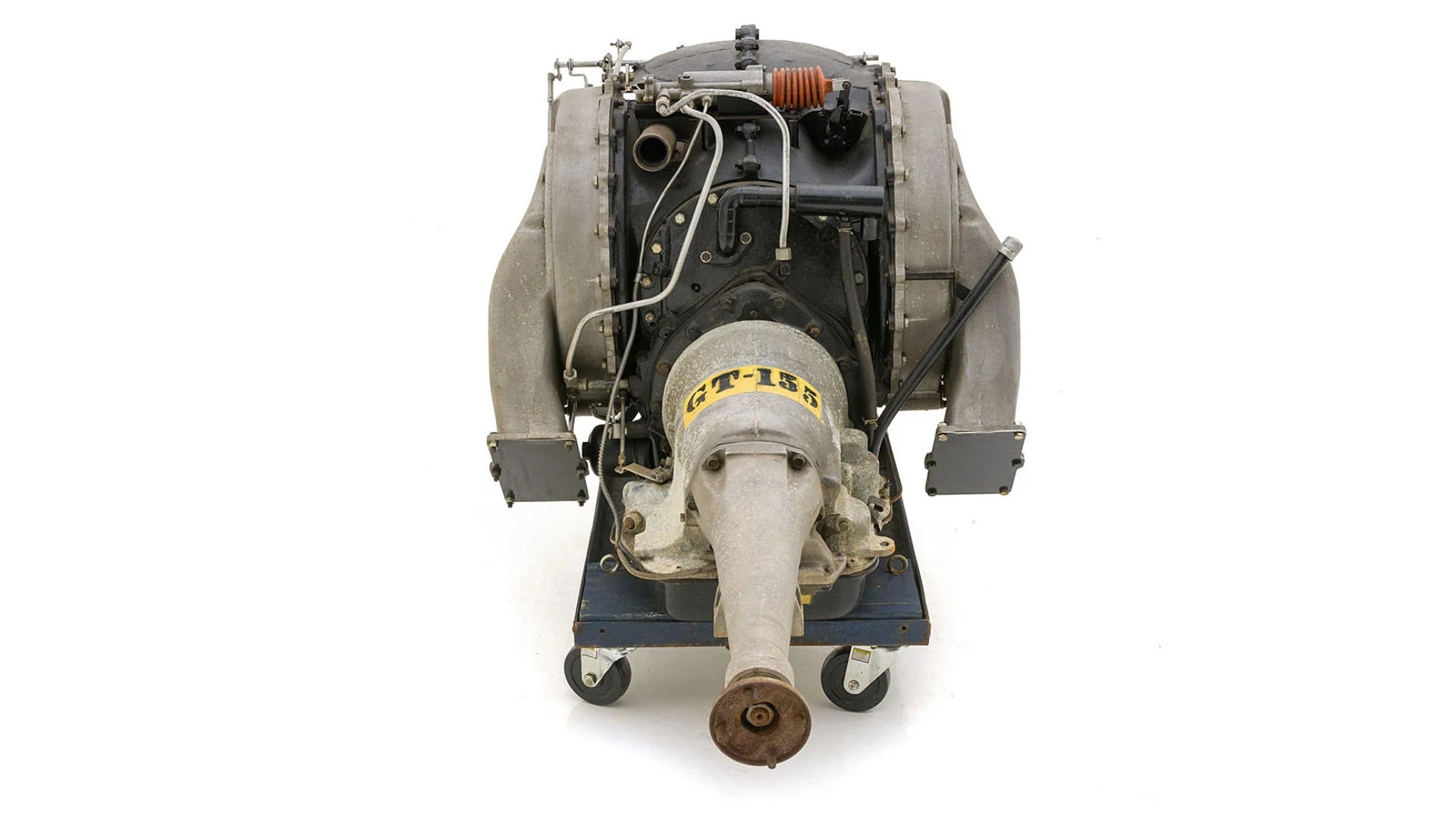 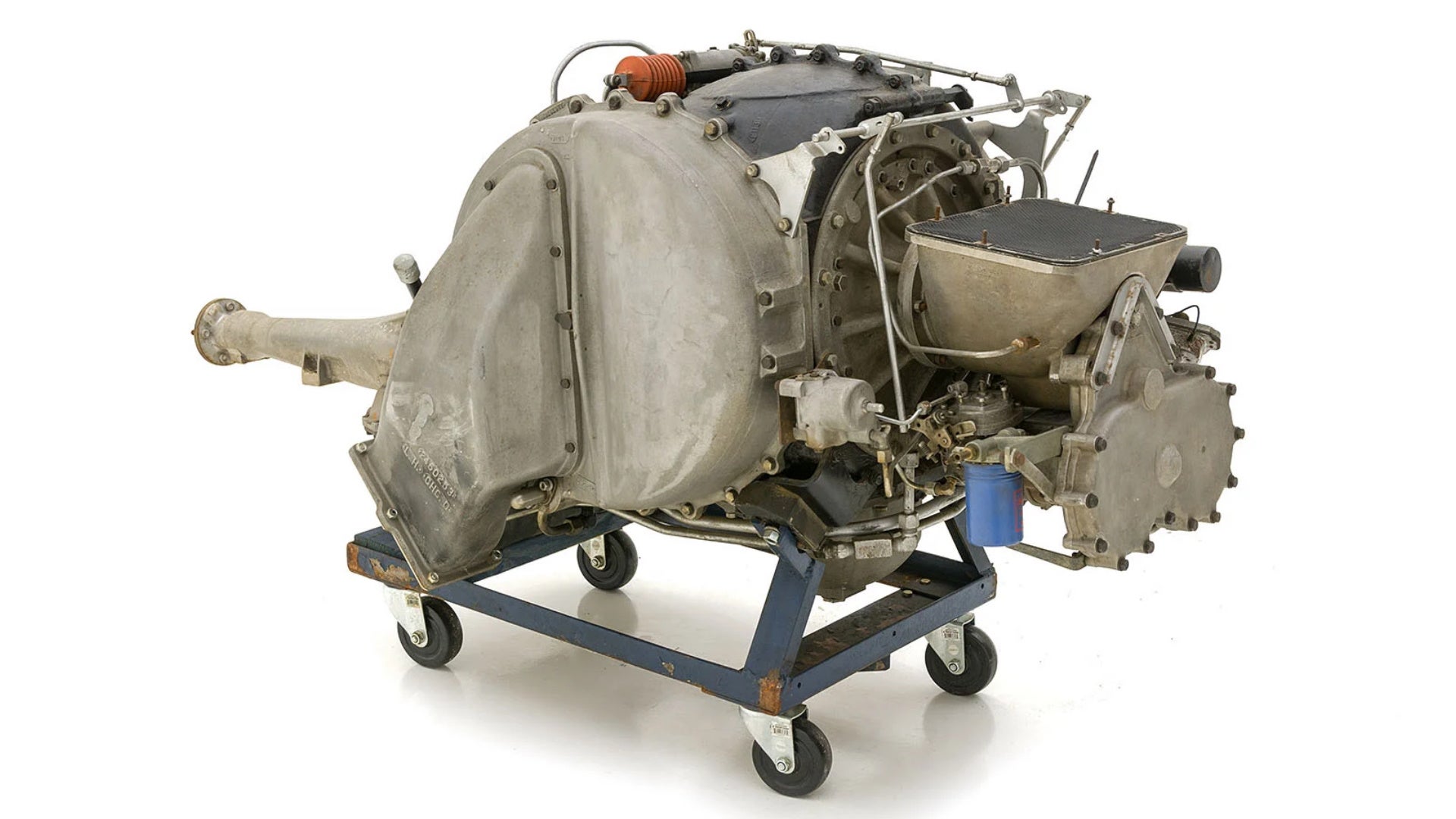 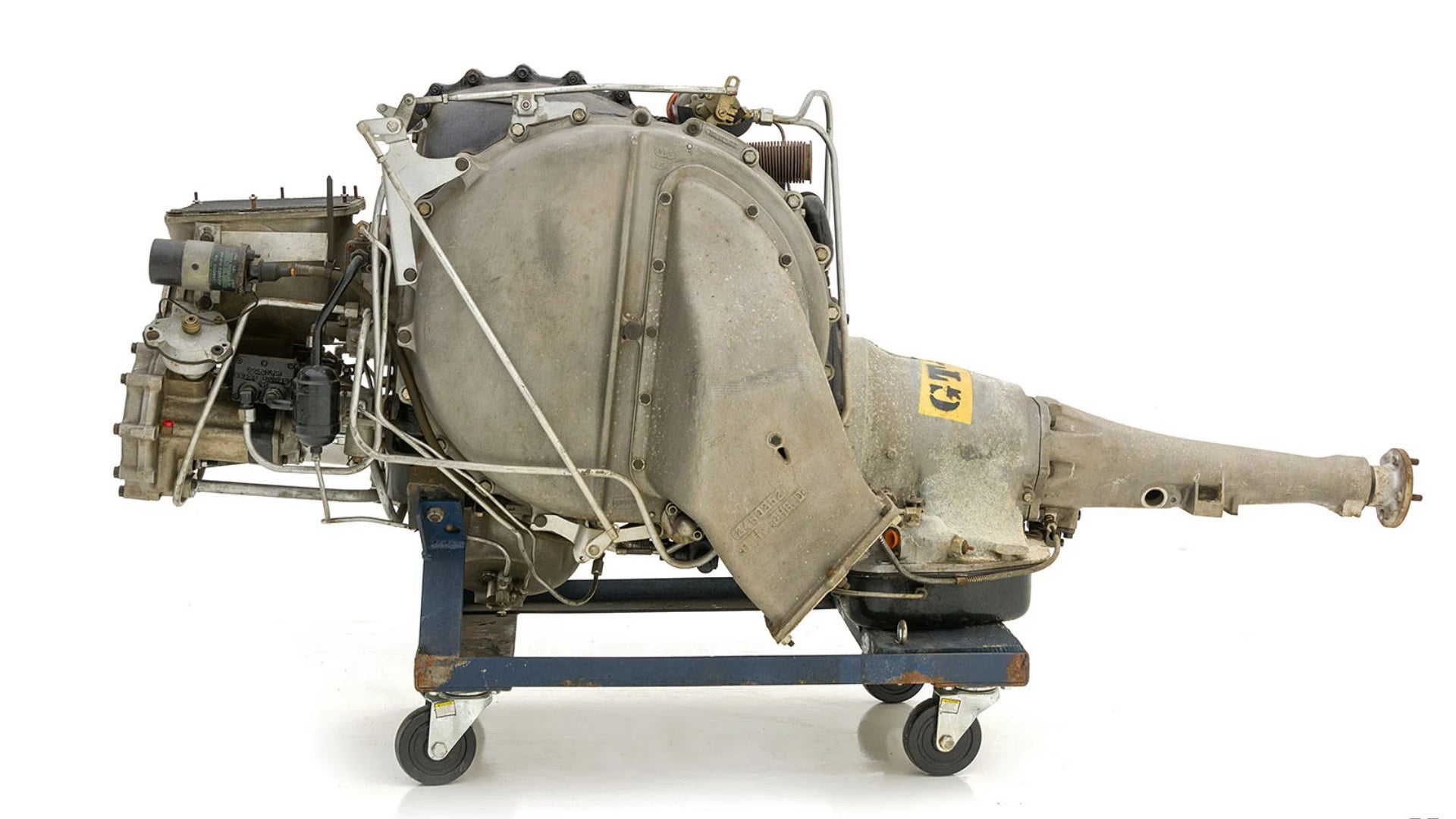 Needless to say, turbine engines didn’t really catch on in regular cars, and that was because of a few key flaws. The first was fuel efficiency. Turbine engines were always slightly less economical than gasoline and diesel engines, even on their best days. The other issues were their emissions and initial cost to manufacture. Turbines emitted harmful amounts of extremely hot noxious exhaust that was difficult to deal with, and the upfront cost to make them was hard to justify even if they were far simpler and theoretically more reliable than comparable piston engines. For these reasons, they ended up seeing use in things like aircraft and military vehicles where fuel efficiency, cost, and emissions are less important.

But hey, that doesn’t mean you can’t buy this one and put it in your Dodge D100 pickup. I mean, there’s really no vehicle where an engine like this wouldn’t be cool. In fact, a Chrysler Turbine Car is probably the lamest home possible for this thing. Put it in an Imperial, or something. It’s pretty compact, heck, swap it into something wild like a Ferrari 275 GTB/4. You might just create the rarest union of parts ever envisioned.