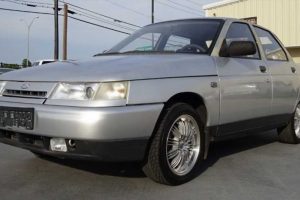 Testing the limits of the United States’ 25-year car import ban is awfully risky. If the feds find out you’ve got something that’s not on their whitelist, they’ll confiscate and crush it at your expense. It might be worth the risk to own one of the country’s first legal Nissan Skyline GT-Rs, but for anything less? The numbers don’t usually add up—unless you’re fiending for a Russian-built Lada, like someone evidently was when they imported one to Texas.

Listed for sale by Dallas-area dealer DFW Cars & Trucks is an extremely sus 2001 Lada 110 (or VAZ-2110) sedan. It’s the upscale 1.5 GLI trim, with a fuel-injected, 16-valve four-banger, which sends 93 horsepower and 95 pound-feet of torque into a five-speed manual, possibly of Opel origin. With an odometer reading the equivalent of under 10,000 miles and an apparently lingering new-car smell, it’s probably the mintiest Lada 110 on the planet. 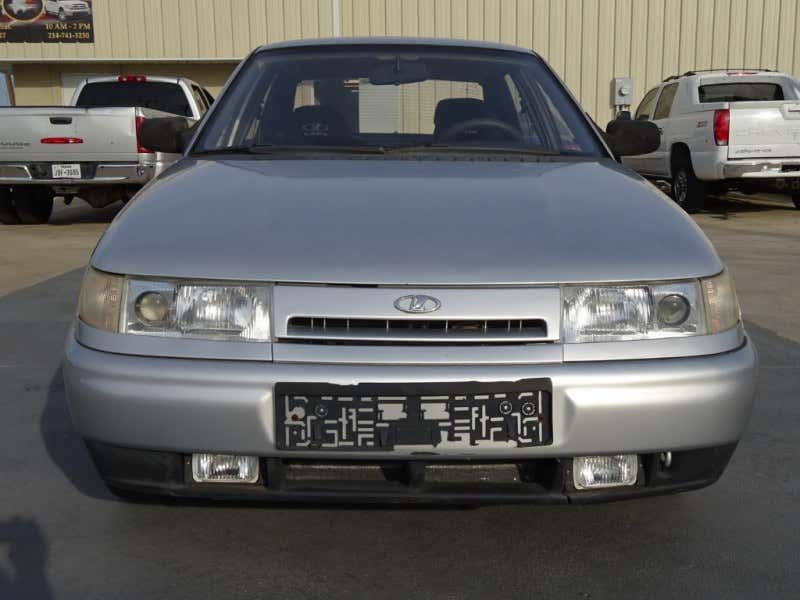 Though it may be one of the Lada 110’s fancier trims, it’s still pretty bleh by America’s standards. Its only amenities are power windows and a Pioneer stereo with a remote, and that appears to be aftermarket. There are no airbags, which is part of why the Lada 110 was given a zero-star crash safety rating by Russia’s ARCAP in 2002.

As a consequence of this frugality, though, the 110 is remarkably light at just over 2,300 pounds, a few of which it might have shed with the previous owner’s switch to (hideous) aluminum alloy wheels. Still, it’s no poster boy for Colin Chapman’s performance philosophy—not with its Falken Ziex ZE-502 all-seasons and rear drum brakes. 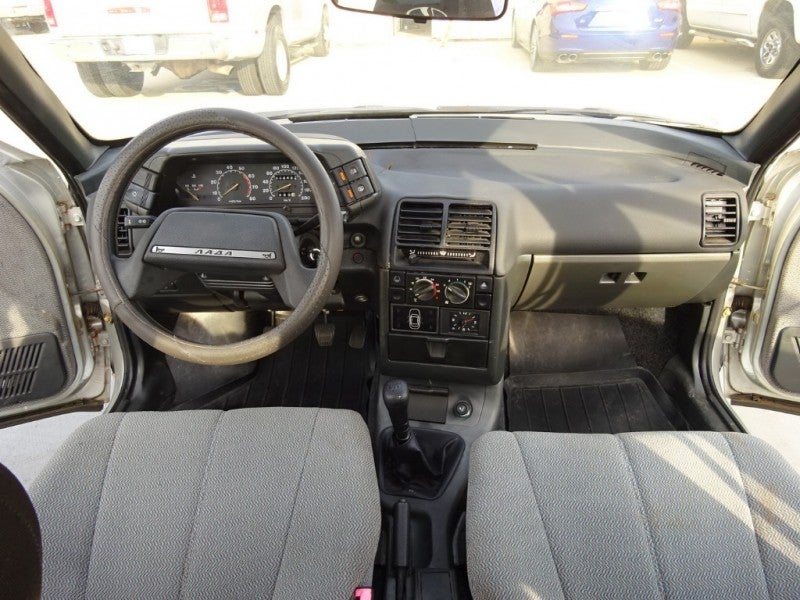 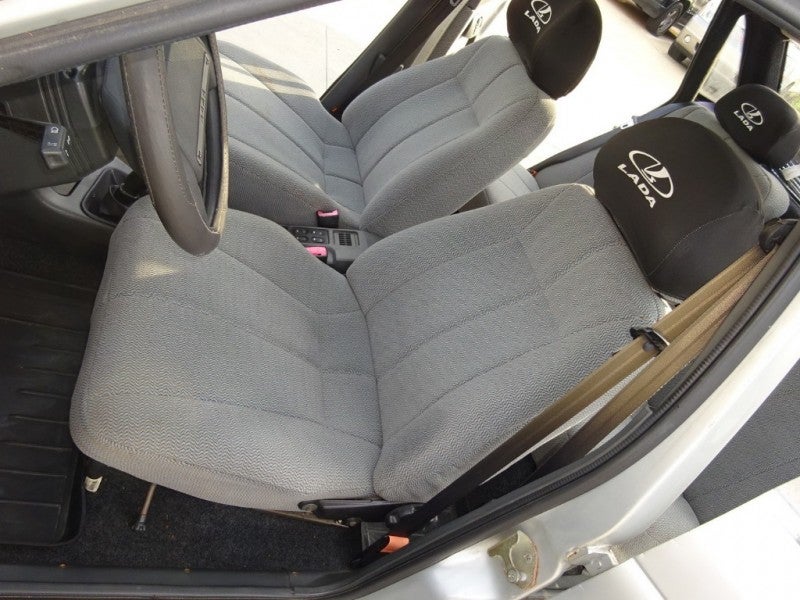 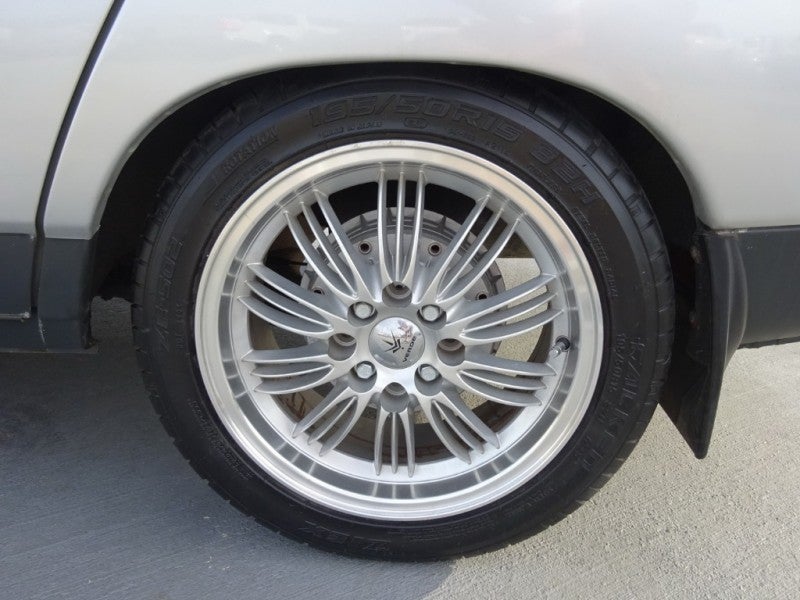 All together, it’s an exceptionally quaint car, and one with almost as much counterculture cred as a stolen NYPD cap. But unique though it may be, it’s a buy worth hesitating on for multiple reasons, the first being its asking price: $10,950. That’ll buy you either a respectable VW Golf GTI, or a hell of a lot of Toyota Avalon. For another, its dash is cracked, so if the dealer is right when they say it’s the only one in the country, it also means there are no parts cars—though early production ’95-’96 110s are legal to import. Most importantly of all, though, its existence on Texan soil would seem to fly afoul of our 25-year import ban. Anxieties about its risk of being crushed aren’t exactly assuaged by the dealer, which says it has a “bill of sale only, we think we can get TX title for it, maybe…” 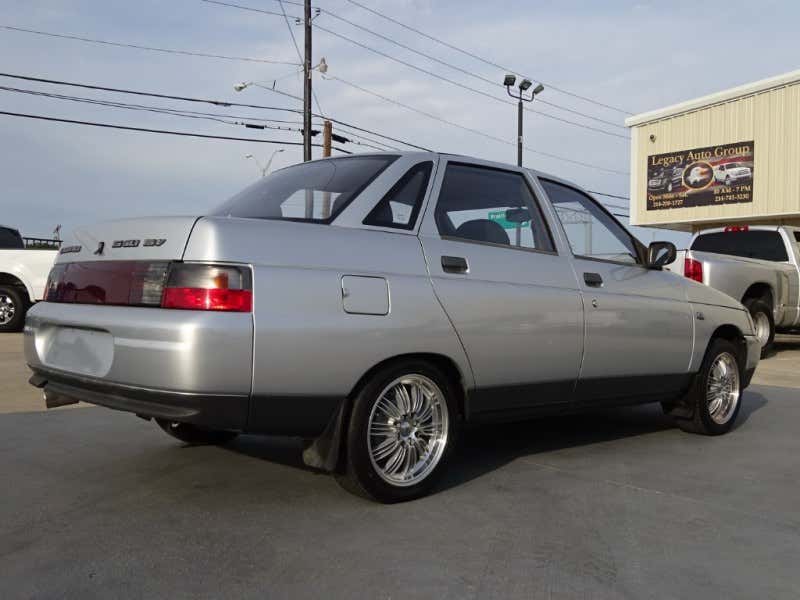 Those few still interested in buying this unusual, indisputable shitbox should only commit to a purchase if the dealer can produce a good title. If they can’t cough up and you still want something weird and foreign, you could do far worse than buying that LS-swapped Ssangyong Actyon Sports pickup truck. Of course, you could skirt the title problem entirely by snagging this Lada for off-street use—the 24 Hours of Lemons Facebook group where we found it was egging someone on to do just that.

Got a Russian car you’d let us drive? Offer it up here: [email protected]