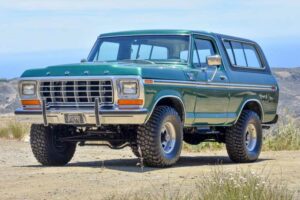 The last 18 months or so has seen a pandemic ravage the world, the ocean catch fire, and used car prices reaching stellar heights, particularly in the collector scene. A great example of this bullish market sentiment is this heavily-modified 1979 Ford Bronco, which sold for the lofty price of $213,000 on Bring a Trailer on Saturday.

The second-generation Bronco was apparently purchased by the seller in near-original condition in 2016. Since then, it received a full going over, with the original 351M V8 being swapped out for a 5.0 liter Coyote engine sporting 435 horsepower and over 400 lb-ft of torque. It’s paired with a six-speed 6R80 automatic transmission and an Atlas transfer case, with a stout Ford 9″ differential at the rear to handle the power. Off-road credentials should be strong, with Fox shocks soaking up the bumps. Meanwhile, there’s Wilwood disc brakes at all four corners to bring the rig to a stop in a hurry.

The cosmetics haven’t been ignored either. The Bronco has been treated to a luscious respray in the factory-delivered Dark Jade color, while the interior has matching carpet and beautifully trimmed seats. The dash is mostly original, too, sans a block-off plate where the original radio would have been. 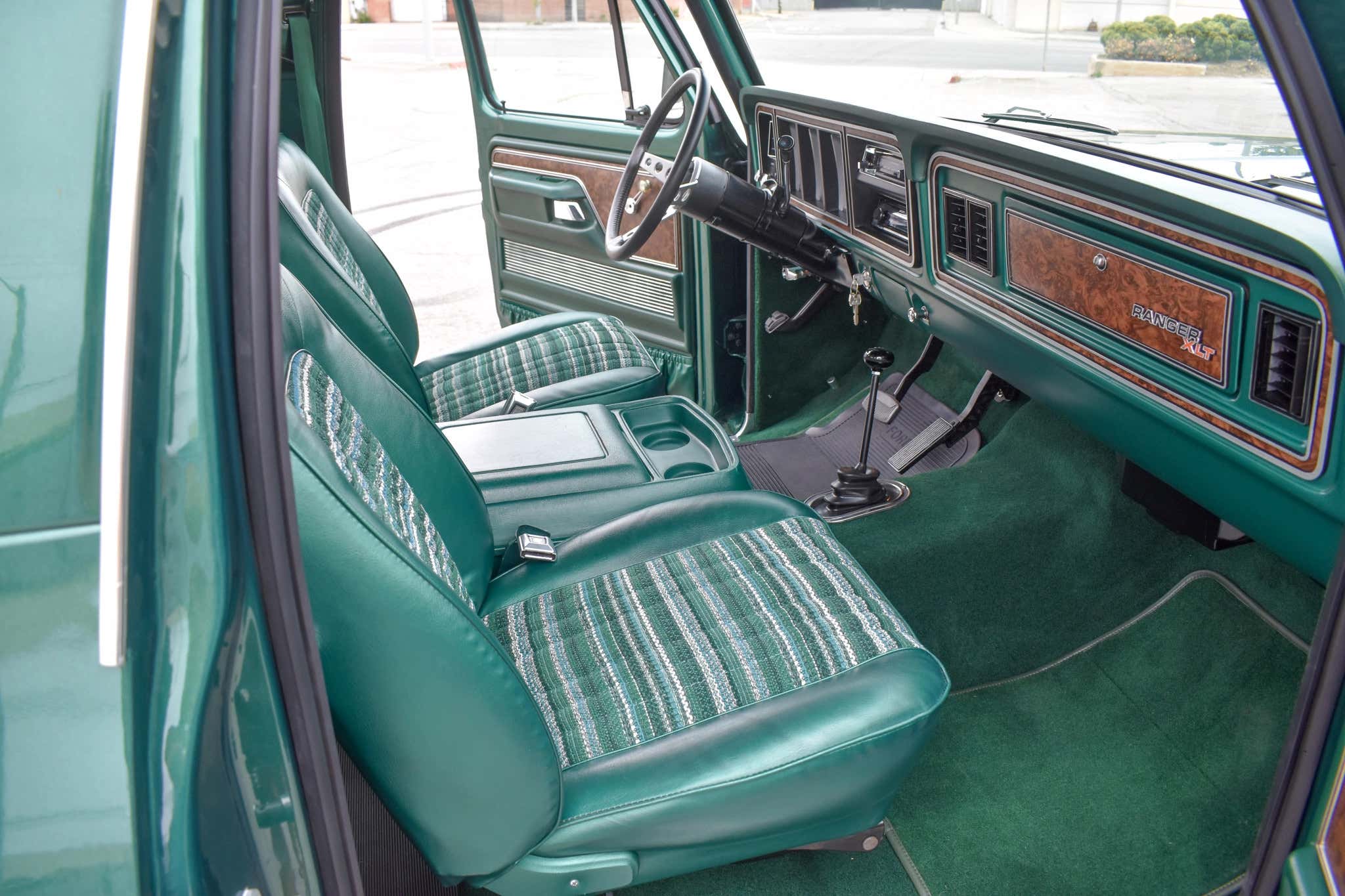 Interestingly, the listing on Bring a Trailer also includes several invoices from the shops that built the vehicle, totaling $262,986.76. The papers are highly detailed, individually itemizing things that would normally come under a “sundries” or “workshop materials” charge. There’s the usual stuff, of course, such as $883.98 for a mandrel-bent exhaust system. More out of the ordinary, however, is a charge for 14 wooden paint mixing sticks at 17 cents each. There’s nothing inherently wrong with this, per se; it just seems like a lot of work to be manually counting and keeping track of every single mix stick used while working on a build. 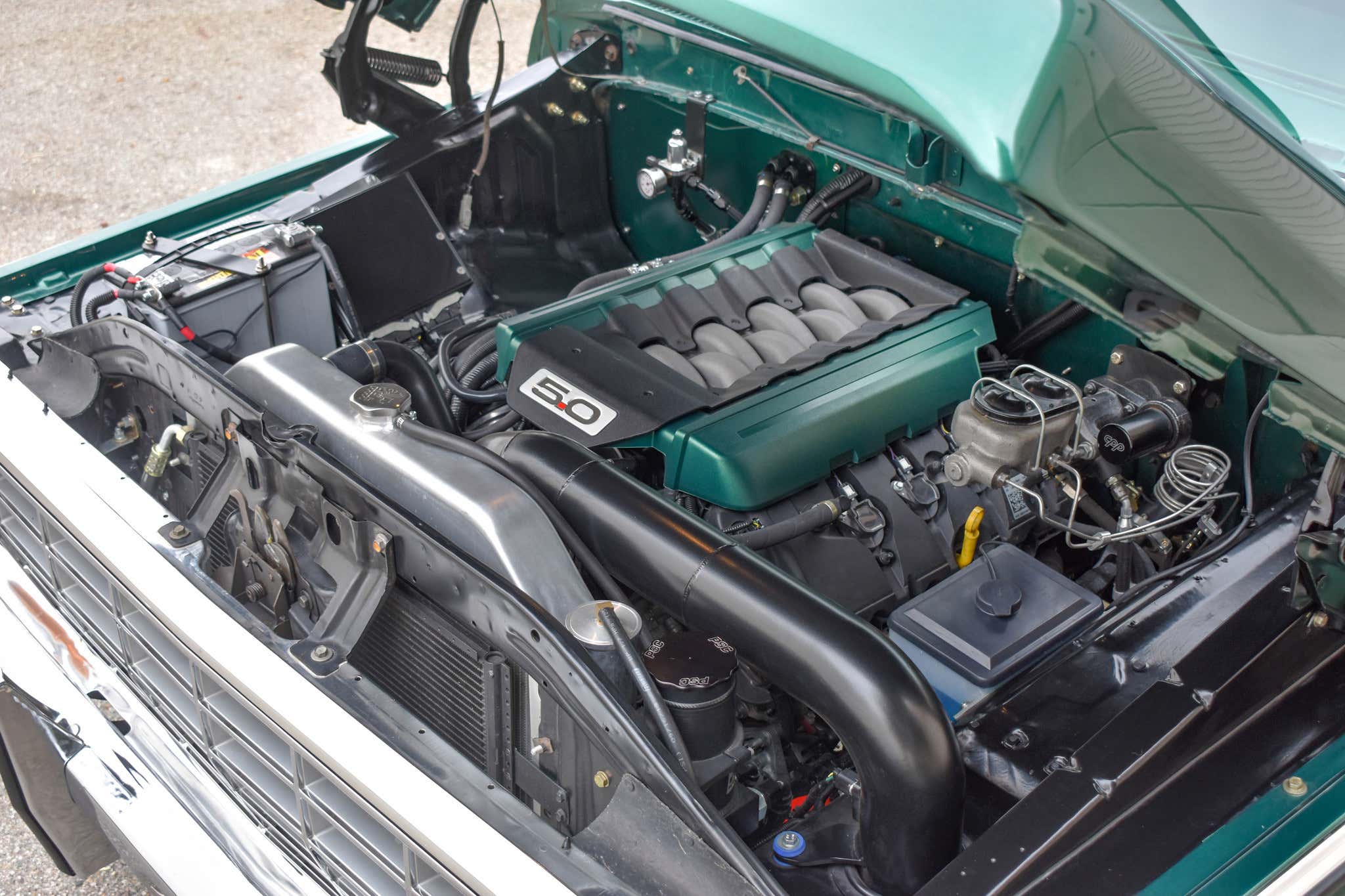 The auction appears to set a new high watermark for the nameplate on Bring a Trailer. It beat out the previous most expensive example, a 1971 Bronco modified by ICON 4×4, which sold for $192,169 in April last year. The high sale price astounded many commenters, though it’s not unusual for custom-built first-generation Broncos with modern V8 swaps to sell in the mid-100K range. The fact that a second-generation model sold so high is out of the ordinary, but it may just be a sign of the inflated nature of the collector car market at present. It’s a continuation of a theme that began last year.

Incidentally, the build also got its own video commercial shot ahead of its Bring a Trailer listing. You can watch the action below.

At the end of the day, it’s a huge sum to pay for a second-generation Bronco. However, for someone that craves a vintage aesthetic in their four-wheel-drive with modern power under their right foot, it might be a price worth paying to avoid the hassle of building their own. We’ve seen similar results before, and we’ll likely see them again, too.