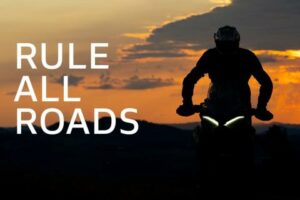 The Multistrada V4 is likely to be offered in three variants – V4, V4 S and V4 S Sport.

Ducati has confirmed that the Multistrada V4 will be launched in India later this month. The Italian bike maker has also released a teaser on its social media handles

The Multistrada V4 is likely to be offered in three variants – V4, V4 S and V4 S Sport. The S Sport variant will be equipped with a titanium exhaust by Akrapovic, carbon front fender and will come in a Sport livery. Except for the base trim, the bike comes with the semi-active Ducati Skyhook Suspension, which now has an auto-levelling function.

The Multistrada V4 will compete with the BMW R 1250 GS, which is also due for launch this month.