Enjoy 20 Years of Nürburgring Wipeouts In One Incredible Mega-Compilation There are but three constants in life: death, taxes and compilation videos of people wiping out on the Nürburgring.

The Nürburgring is infamous for its touristenfahrten sessions where the 12.9-mile Nordschleife race track itself essentially becomes a one-way derestricted toll road. Anyone can take any road-legal car, and well, everybody makes mistakes sometimes.

With the rise of the portable camera came the rise of the Nürburging crash and fail compilation. The Nürburgring’s management may not be a fan of these videos, but short of people posting their tow and repair bills, they are a pretty convincing reminder to take it easy out there.

The most fascinating one I’ve seen to-date is this one-hour, 18-minute-long supercut of 20 years of wipeouts from 1993 to 2013. It has absolutely everything you could ever hope to see in a ‘Ring video, from Radwood-era youngtimers to cool stuff from earlier this decade.

There’s what appears to be a Porsche 911 GT2 that overshoots the corner but holds it at just 3:19 in, shooting back onto the pavement like it’s no big deal. Even a Ferrari F40 boops the barrier at 31:47 in. Everything you can imagine from Volkswagen Golfs to a drop-top Benz straight-lines some corners through the grass. A too-low BMW completely wrecks the front end of his car doing just that. Needless to say, the Jeep Wrangler fared a lot better when it went off-roading.

There’s even a glorious beater with “THE PACE CAR” written on the roof. I wouldn’t recommend following it into the grass, though.

This also shows how laissez-faire the ‘Ring used to be. One car right at the start rips a burnout for the crowd. Spectators would rush to overturn flipped cars, not unlike what you’d still see at rally races today. There’s even a bit of drifting, which still happens, although it’s officially a big no-no.

There’s plenty of near-misses, too. I audibly no no no NO NO’d at the screen at a Porsche 968 in here along with the 944 Cabriolet with a very brave, very cramped back seat passenger. 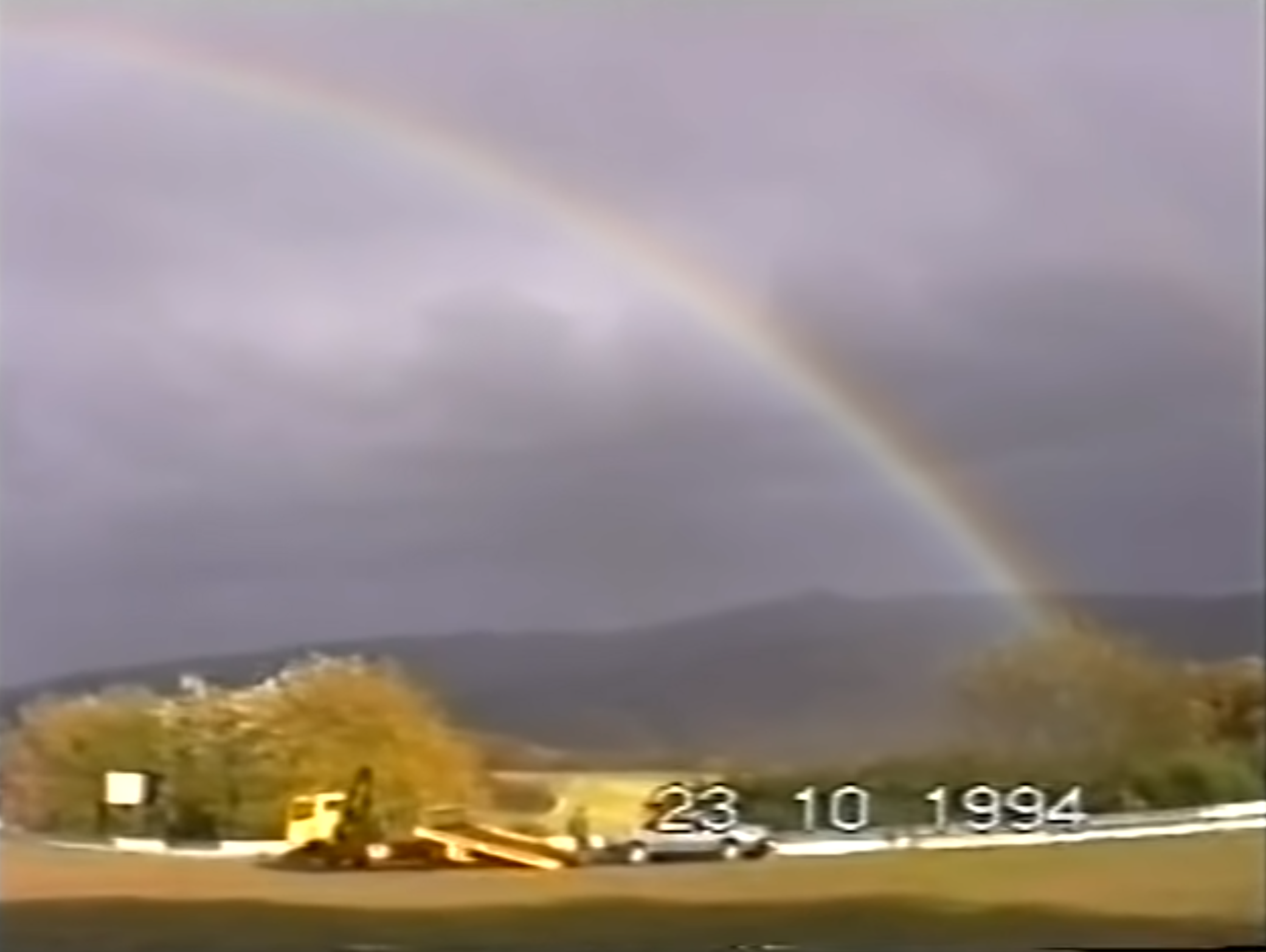 Whatever happens, though, the crowd is there to cheer you on and wait for the rainbow to come out over your very expensive tow truck. I can’t wait to get back there when crowds and international travel are doable things again—although let’s all try to avoid ending up in one of these videos. If you’re eager to see some present-day cars on the ‘Ring, though, there’s always Nürburgring 24 Hours
this weekend.

END_OF_DOCUMENT_TOKEN_TO_BE_REPLACED

END_OF_DOCUMENT_TOKEN_TO_BE_REPLACED
We and our partners use cookies on this site to improve our service, perform analytics, personalize advertising, measure advertising performance, and remember website preferences.Ok