EU upholds ban on sales of IC engine cars from 2035 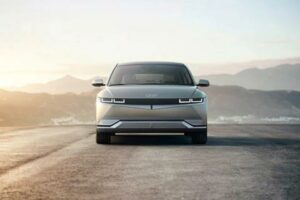 Countries like Germany and Italy are against the full ban on IC-engine powered vehicles.

The European Commission has voted to uphold the ban on sales of all IC-engine powered cars from 2035. According to reports, earlier this week, the lawmakers supported the proposal made by the European Commission last year to reduce CO2 emissions from new cars by 100% from 2035. They also voted against making an amendment which would have required carmakers to cut CO2 emissions by 90% in 2035.

As per the proposal, automakers will no longer be able to sell any new petrol, diesel and hybrid vehicles in the European Union from 2035. However, existing combustion-engine powered vehicles will continue to be to ply the streets.

Reports, though, suggest that the law isn’t final yet. The vote from the European Commission only confirms the government’s position for upcoming negotiations. For the law to be final, an agreement with all 27 EU nations needs to be reached, which could prove to be difficult. Countries like Germany and Italy are against the full ban on IC-engine powered vehicles. The negotiations with the member states are expected to take place later this year, which will determine the final shape of the law.