Home » EVs could cost less than IC-engine cars by 2027 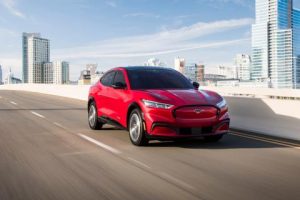 According to a new report, electric vehicles could cost less than conventional IC-engine powered cars, by as early as 2027.

While the shift towards electric mobility is rapidly gaining momentum, EVs even today have a higher sticker price than their conventional IC-engine counterparts.

However, according to a new forecast, this could change very soon. A new report by BloombergNEF states that by 2027, the price of electric vehicles could be less than that of IC-engine cars. Further to this, the tightening of emission standards on IC-engine vehicles will allow EVs to take over all new car sales by the next decade.

Reports suggest that prices of electric sedans and SUVs will become equal to, if not lower than their petrol / diesel-powered counterparts by 2026, while smaller cars will reach the threshold the following year. This is before the application of any government-approved subsidies for EVs.

The reason for the price parity between EVs and IC-engine cars is said to be due to the falling production costs of batteries. Reports suggest that the reduction in battery cost to below US $100 per kWh will be an important step towards faster adoption of fully electric vehicles. This could also remove the current financial appeal of hybrid electric vehicles.

In line with this, a new study by Transport & Environment (a Brussels-based non-profit organisation), predicts that the prices of new batteries will fall by 58% between 2020 and 2030, to US $58 per kWh.

Reports also suggest that the reduced battery costs, combined with increased range, will make the switch to EVs a ‘no-brainer’.