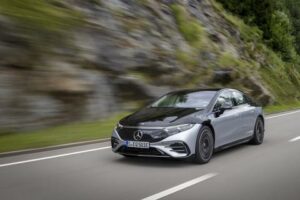 While the increase in demand for EVs has helped economies of scale, it has also led to other challenges.

The demand for electric vehicles across the globe has been increasing at a rapid pace over the past couple of years. However, there is still a significant initial cost difference between electric vehicles and their IC-engine powered counterparts. According to Mercedes-Benz’s Chief Technical Officer, Markus Schaefer, this price difference will remain for the foreseeable future.

Speaking to a media outlet, Schaefer stated that EVs are not expected to get any cheaper in the coming years. He added that the ‘price parity’ being talked about in the industry is not achievable with the current commercially available battery technology.

Schaefer added that the high-density batteries required to make EVs affordable don’t yet exist. Even if it does, it’s only under controlled lab settings and will take years before being properly adopted in the automotive industry.

While the increase in demand for EVs has helped economies of scale, it has also led to other challenges. This includes putting pressure on the mining capacity for raw materials. Setting up more mines is a complicated and expensive affair.

Having said that, Honda & GM recently announced a partnership to co-develop a series of ‘affordable EVs’, the first of which, is scheduled to be launched in 2027.