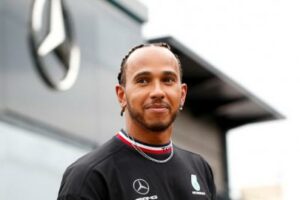 The commission reported that only 1 percent of employees in F1 have black backgrounds.

The Hamilton Commission – an initiative set up by 7-time F1 world champion Sir Lewis Hamilton in partnership with the Royal Academy of Engineering, has released its first report.

The initiative was set up in June 2020 and was aimed towards increasing diversity in motorsports. After 10 months of research, the commission reported that only 1 percent of employees in F1 have black backgrounds.

The report titled “Accelerating Change: improving the representation of black people in UK motorsport”, aims to address several issues and barriers, to bring about a long-term change in the industry.

Some of the recommendations in the report include asking F1 teams to introduce a diversity and inclusion charter and also expanding apprenticeship and work experience programmes. The commission also hopes to help launch scholarship programs for black students with an engineering degree and support new approaches to increase the number of black teachers in STEM projects, among many others.

Stefano Domenicali, F1 President & CEO, stated that the sport is committed to change and take action. He stated that he completely agrees with the need to improve diversity and is willing to take necessary action towards the same.