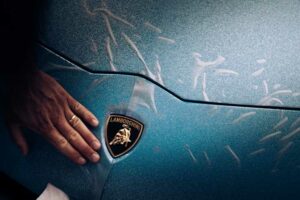 Last-ever example of Lamborghini's flagship has exited the building…

We made a video not long ago on the Lamborghini Aventador LP-780-4 Ultimae. What a thing it was, too. It showed that the Aventador wasn’t simply a shock and awe tactic to wow passers-by (which it still absolutely does, by the way) it had developed into a stunningly good driver’s car. I still find it hard to believe how a car of its considerable size, carrying a heavy lump of V12, could shrink around the driver so easily on tight roads and feel so, well, ultimately nimble.

The other thing it delivered was a perspective on natural aspiration vs. forced induction and electrical assistance. That’s a perspective on the past vs. the future. On the one hand, the future looks bright. Turbos and electric motors fill holes in torque curves. They are better, technically. But what the Ultimae confirmed – not for the first time – was that technically better isn’t always better, better. Not in the real world.

The Ultimae has 780hp. It does 0-62mph in 2.7 seconds. It’s as fast as the fastest cars out there. And yet, believe it or not, this was useable power and speed for the road. It felt relevant in a way that the Ferrari 296 GTB does not. You heard so much more from that easy-breathing V12 that it’s simply stunning just to drive around on a light throttle. And if you floored it, it sounded even better, but when you did that with the engine ‘off cam’, as it were, you could savour the deep induction raw for decent periods, without the thing lighting up and dropping you directly into the dock.

What I’ve found disheartening about the future – when driving cars like the 296 GTB – is these highly efficient speed machines are too good. You simply cannot use full throttle on the road for more than a second or so. And with less sound to savour from evermore stifled, small-capacity V6 engines, the only time they feel amazing is unleashed on a track. Well, that’s not easily exploitable fun.

So when Stephan Winkelmann, Chairman and CEO of Automobili Lamborghini, said at the Aventador’s launch in 2011, “the Aventador is a jump of two generations in terms of design and technology, with an exceptional package of unique, innovative technologies and performance that is simply overwhelming” he was wrong. It wasn’t overwhelming.

And so it’s sad to learn (even though we knew it was coming) that the pure, naturally aspirated V12 era has drawn to a close at Automobili Lamborghini. The final Aventador LP 780-4 Ultimae Roadster has gone down the line at Sant’Agata. It was a special light blue Ad Personam car, destined for a Swiss market – ironically, probably one place in Europe where you can’t exploit it, thanks to the Swiss obsession with draconian speed enforcement.

I am not sad simply because this is change. I am sad because this change leaves something behind. 11,465 Aventadors have been delivered to customers worldwide, and, if my experience of driving a small fraction of them is anything to go by, they’ve all brought joy, not just to their owners but to everyone who sees them. It’s a car that makes children excitable and adults excitable children. We’ve seen 10 one-offs and limited editions and it’s been depicted in films and video games. There will be a replacement, of course, and it will have a V12, but will it be ‘better better’ with the electrical assistance it’ll gain? I hope so, but fear it will just be better, which means worse.

As we move to this hybrid interim and then to a full electric future, it would be nice if manufacturers absorbed the lesson that cars like the Aventador weren’t defined just by speed alone, but by the experience they offered. The spine-tingling experience of sensation. That’s what they need to work on as we go forward. It’s time, perhaps, to start engineering some limitations, or even life-affirming flaws into new cars, and forget about perfection.