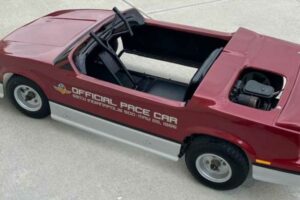 The Radwood Classified section on Facebook is the place to be if you’re looking for cars, parts, apparel, and memorabilia of the 80s and 90s. This era is hot right now, as kids who grew up during those decades are now adults with money to spend on nostalgia.

Case in point: this restored 1985 Indy 500 pace car go kart. Modeled after the full-size Candy Red Metallic 1985 Oldsmobile Calais convertible, the kart is for sale for $1,750. That’s considerably less than you’d spend for the real pace car, which was one of only two made for the race that year. 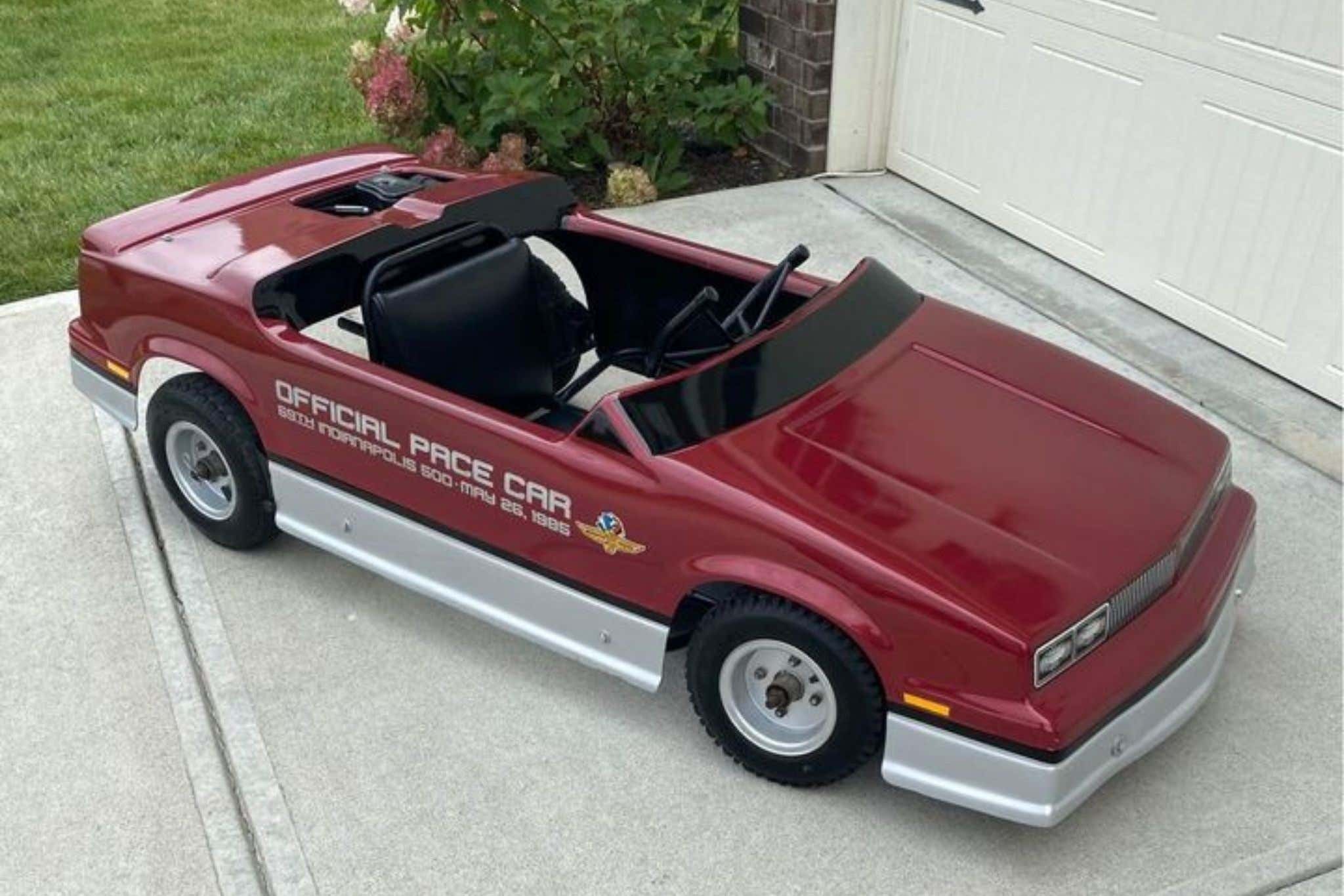 The kart boasts a rebuilt 127-cc Briggs and Stratton engine, new drive chain, reupholstered seat, new tires, and new paint. It looks like a kid’s toy but owner Mark Muldoon says he and his friends have driven it several times, and it’s capable of accelerating to a zippy 25 to 30 miles per hour.

Manufactured by Nebraska-based Bird Company, the kart was in bad shape when Muldoon bought it two years ago.

“The motor hadn’t run in years, the tires were deflated, the drive chain was completely rusted solid, and rats had eaten the seats,” Muldoon told me on the phone. “I almost didn’t buy it because I was thinking ‘Dear Lord, what am I doing?’”

The pull of the quirky kart got the best of him. He had to have it. 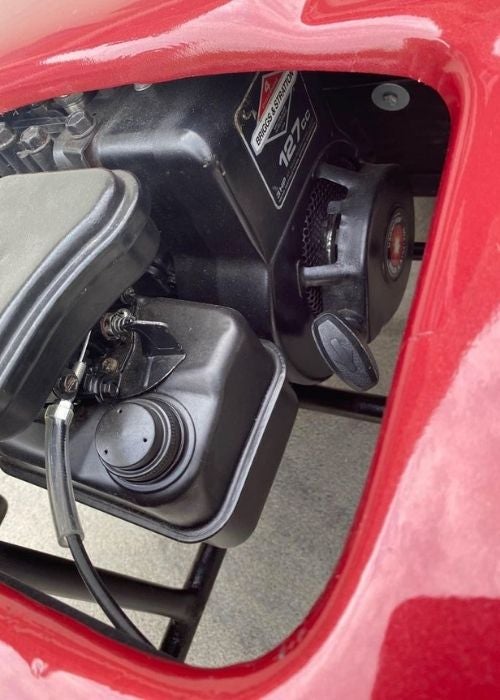 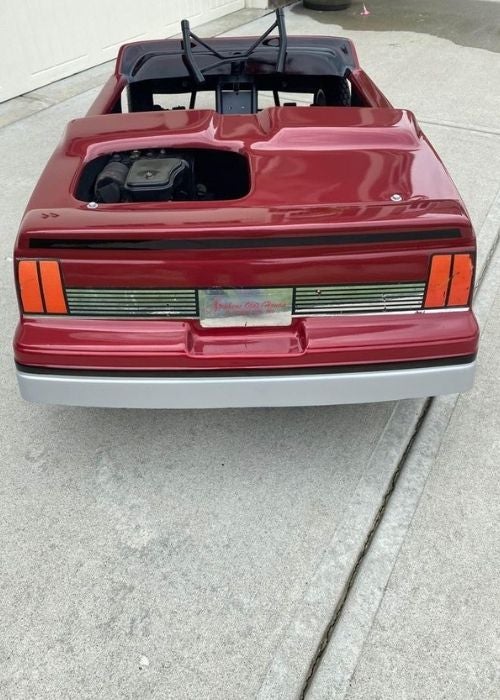 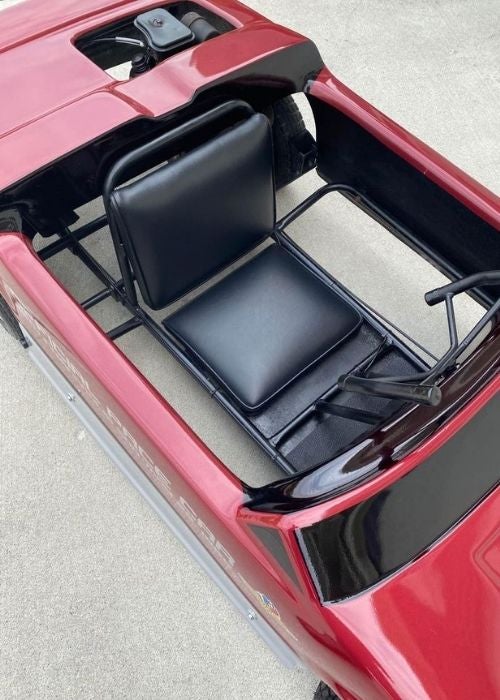 “I Googled all of the pace cars in Indy 500 history because I wondered how on earth GM got a Calais into the big race,” Muldoon says. “Historically, awesome vehicles like the Stealth were pace cars. This one was different.”

He brought it home to take it apart piece by piece, teaching himself how to rebuild the engine. Near his home in the Indianapolis area, he found a kart shop owned by former Indy 500 racer Mark Dismore, who helped him replace the throttle cable. Then Muldoon had it repainted, retaining the original stickers on the front and back.

After putting about $1500 into the kart, he’s ready for a new project; his loss will be some Indy 500 fan’s gain. At the least, this kart could be a fun way to get around the neighborhood. No judgement if you want it all to yourself and don’t want to share it with the kids.