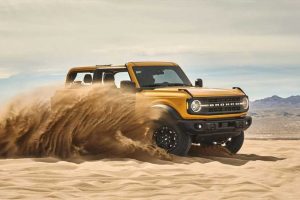 Ford has successfully created a massive buzz around the launch of its revamped Bronco after a two-decade pause. That buzz has become a cacophony of demand, and dealers have proposed the idea of standalone Bronco showrooms to give the brand a VIP identity.

The Blue Oval gave the thumbs-up to 100 dealerships to surf the wave of Bronco success and open separate, free-standing showrooms just for that branch of the Ford family tree. Renderings provided to Automotive News show a fully-formed concept that includes a customer lounge and café where Bronco, Baby Bronco, and Bronco wannabe owners can gather and execute the secret handshake. 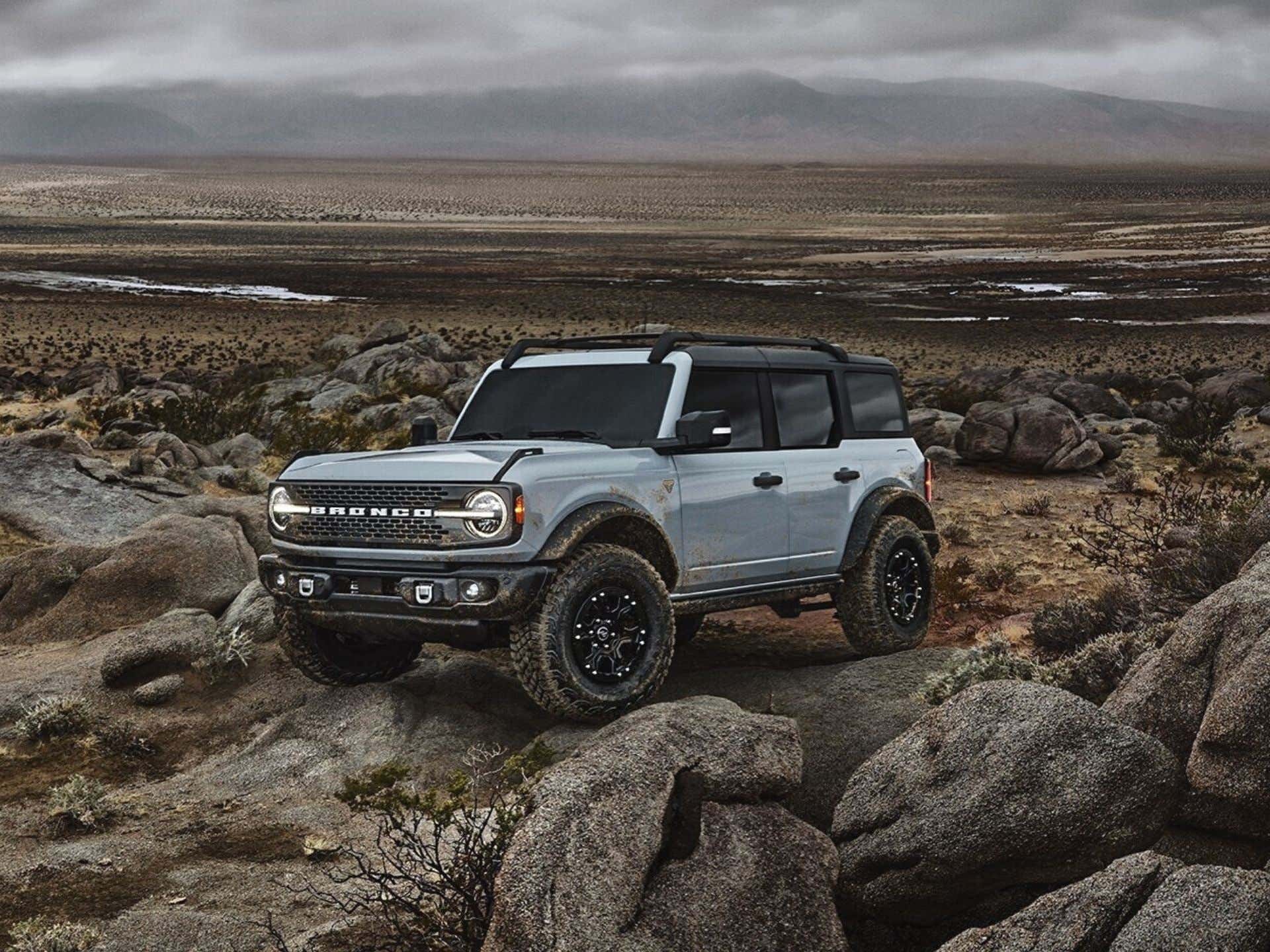 Back in 2017, Ford started teasing out the story that the popular SUV would debut in the spring of 2020, but being that 2020 is a wrinkle in time we’d like to skip over, it was no surprise the launch was pushed to the summer.

The delay didn’t hurt sales, considering more than 150,000 reservations were made to purchase a Bronco within two weeks of the launch. At $100 a pop, Ford generated $15 million in walking-around money and they expected a 75 percent conversion to sales. They’re not far off at a 65 percent conversion rate currently, with 23,000 units sold in Q1 of this year. 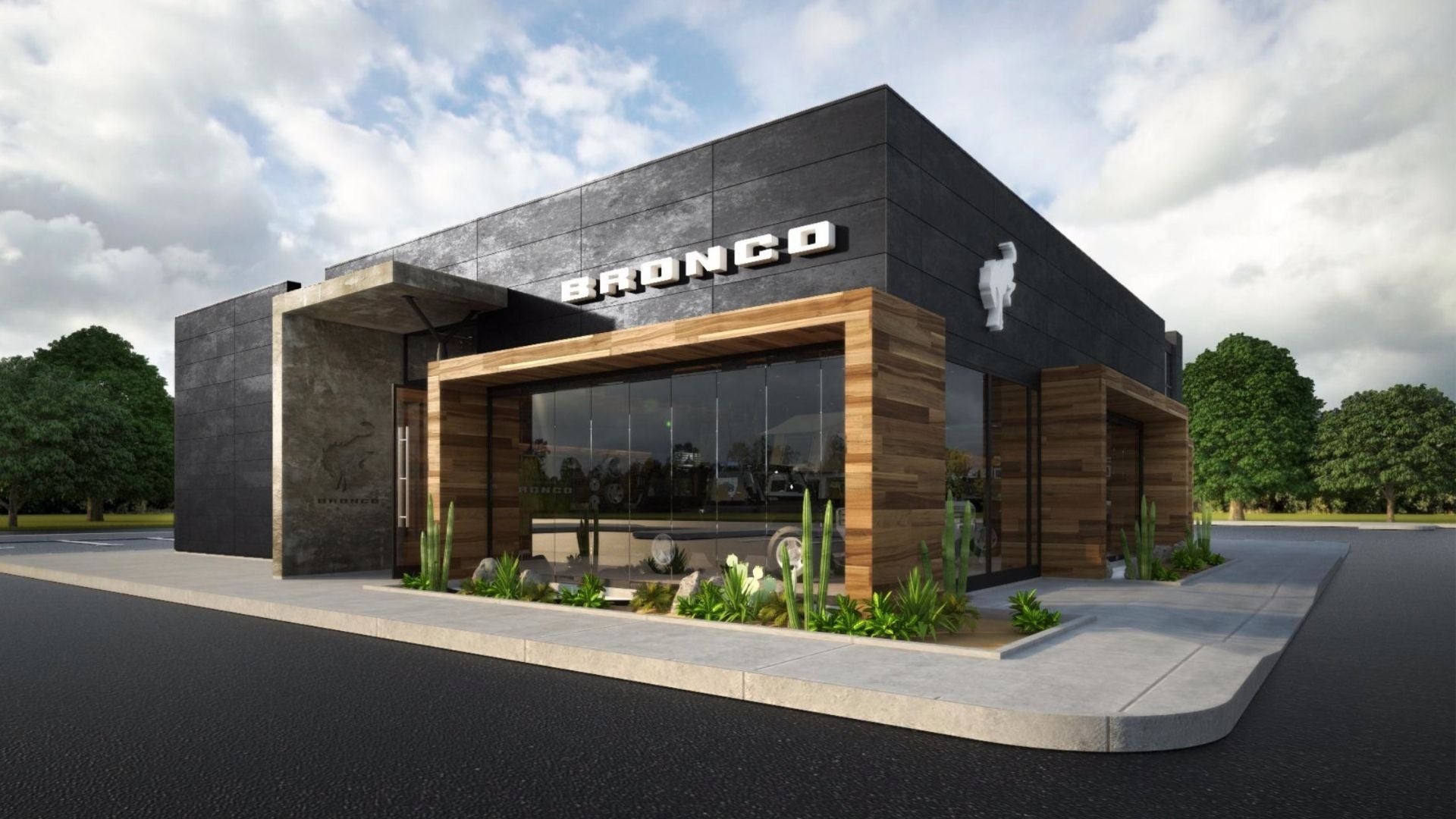 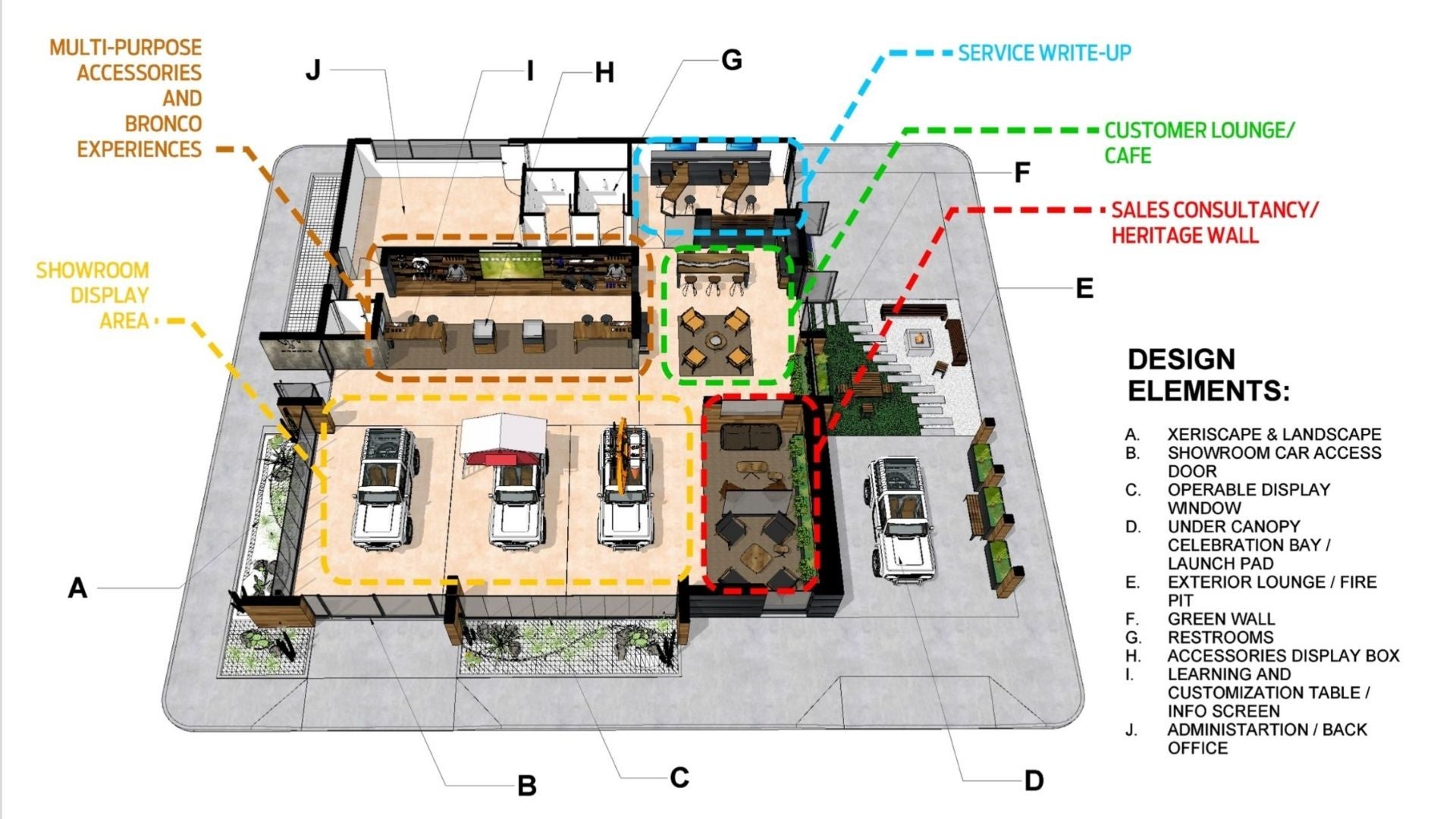 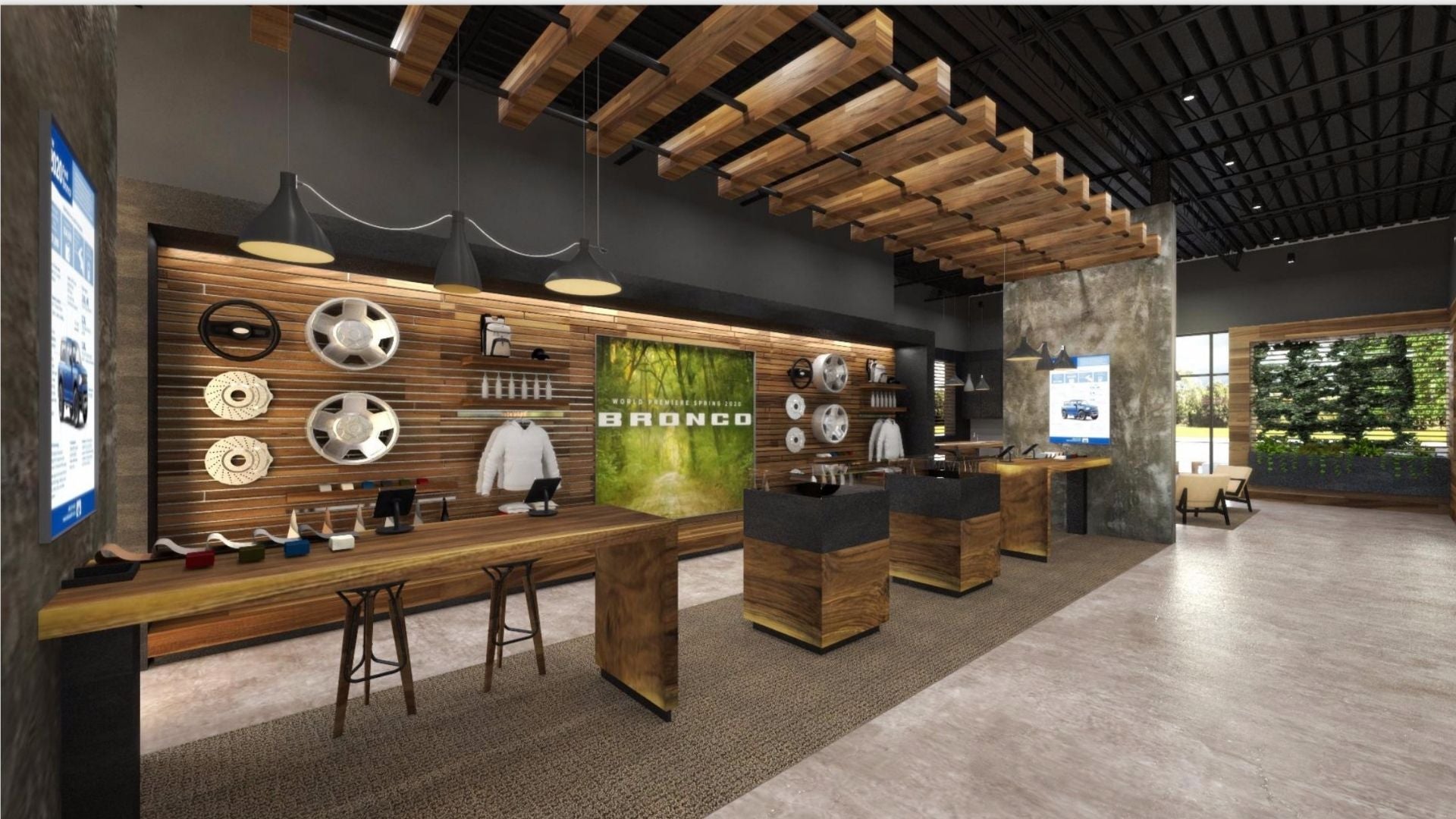 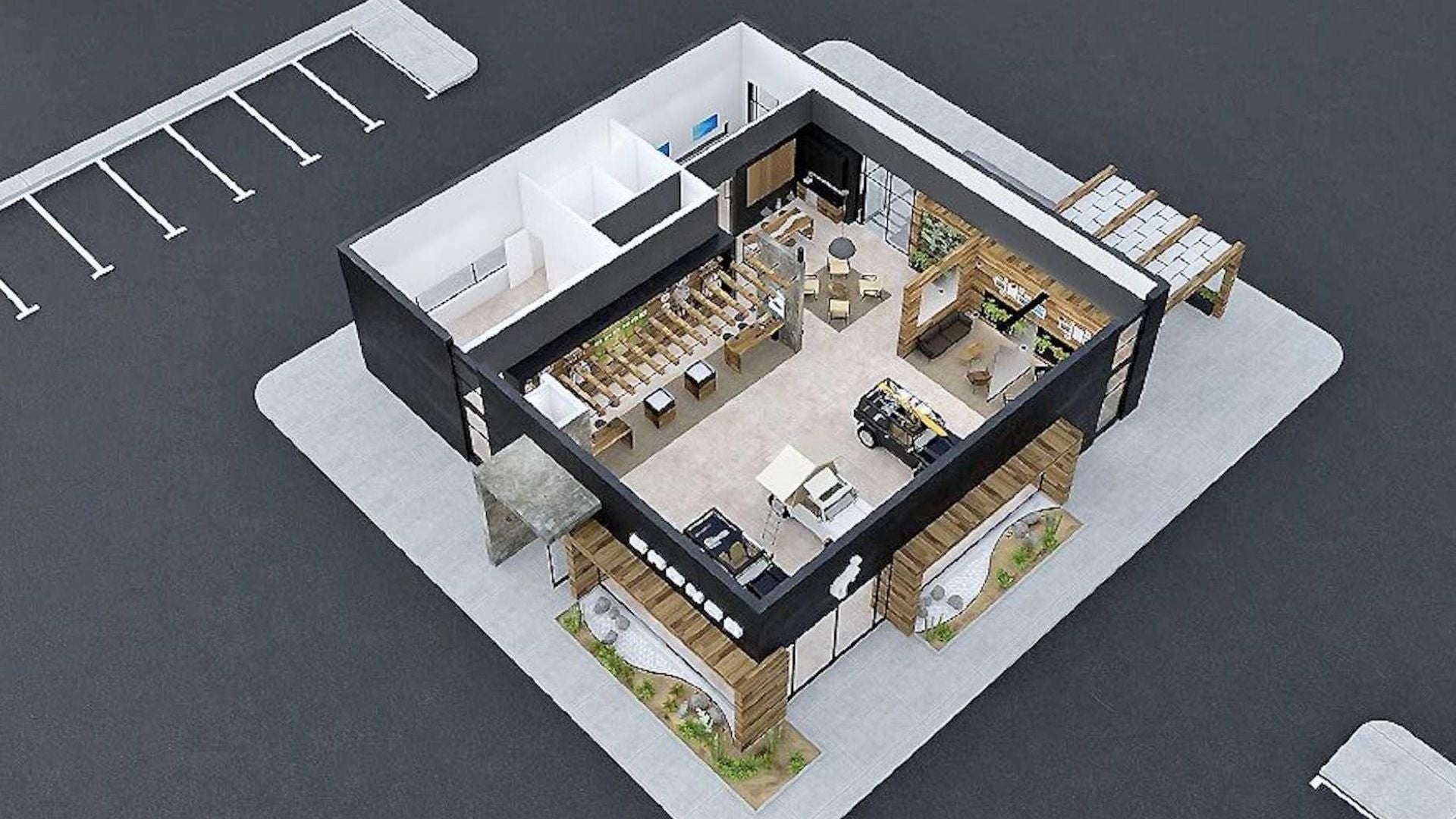 Based on the renderings, these Bronco-only dealerships will make the most of the family crest with a number of branded items of clothing, bags, and other accessories. It’s almost Apple-store-ish in nature, focusing on the customer experience and cementing the Bronco name as a celebrity in itself. It seems like a pretty good idea to me, considering the dealer reps in that showroom will probably specialize in all things related to the bucking horse instead of diluting it with the whole product line. With this setup, the micro-buying process should feel more cozy, like sitting around a fireplace to order an SUV instead of entering a giant, sterile warehouse.

What are the odds one could get a decent latte in there? Maybe Starbucks should pair up with them to provide a latte and a steady stream of potential future buyers to go.