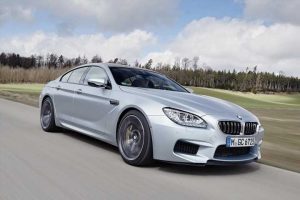 Mercedes has made nearly 500,000 CLSes since 2004; plenty more have sought to emulate that success…

In the grand scheme of things, Mercedes’ latest update for the CLS is not all that significant. There are some styling tweaks, a new hybridised four-cylinder diesel and some fresh colour choices. Those not sold on the idea before probably won’t be now. Even if they really should be.

Still, it got us thinking. Prior to the original CLS of 2004, there were coupes (with two doors) and saloons that had four doors. It was very simple, and there were precious few exceptions. The CLS blurred those boundaries in a way that hadn’t been done before, combining genuine big coupe style with the usability of four doors. The detractors would always say the CLS was an anomaly, much more expensive than the equivalent saloon without being a proper coupe, but the numbers spoke for themselves: Mercedes has now built more than 450,000. Not bad for a car operating in a luxury niche.

And look what it spawned: the four-door coupe is going nowhere, from cars like the BMW 2 Series Gran Coupe and Hyundai i30 Fastback to the Audi RS e-tron GT. Certainly some have proved more successful, both stylistically and commercially, than others. But the past decade and a half has most certainly shown the idea to be more than a fad. Would cars like the Porsche Panamera and Aston Martin Rapide have existed without the CLS proving it was possible? Arguably not.

So this weekend’s Buy Hard is going to celebrate one of favourite automotive sub-genres. Nowadays the CLS doesn’t have a V8 AMG flagship, with its range topped by the straight-six-equipped 53, but that baton has been ably taken on (and used to batter the opposition with) by the AMG GT 4-door. It doesn’t come cheap, at more than £100,000, but then this sector has never been about affordability – that’s what the regular old saloons are for. The coupes still depreciate like their three-box counterparts, however, so that’s what we’re on the lookout for: maximum style, enormous speed… and excellent value, too.

Funny, isn’t it, how a bodystyle can so drastically your opinion of a car. BMW seem to be the masters of it: I run for the nearest safe space whenever an X6 M is close, but really don’t mind the X5 equivalent. I love an M4 Coupe as much as I loathe an M4 Convertible. And then there’s this one, the M6 Gran Coupe. I always found the old M5 about as visually arresting as a bungalow; perhaps that was the point, though M cars have typically better combined discretion and latent potency. The two-door M6 raised the excitement just a tad, but then the Gran Coupe came along – my goodness. I think it’s one of the best looking BMWs this century.

There was some consternation when new that the M6 GC ‘wasn’t a proper M car’ (whatever that means anyway) that its newfound focus on luxury and sophistication wasn’t in keeping with the values central to the tricolour. Nonsense. The Gran Coupe was stupendously fast, drove far better than anything weighing 1,900kg should and did huge skids. With the future of big BMW M cars now mostly all-wheel drive, the M6 looks an even more heroic farewell to the old ways.

Oh yeah, and a scandalously good value one, too. This Gran Coupe must be one of the last, registered in 2017, and has covered just 8,000 miles since then. With options, it must have been in excess of £100k; now, it’s for sale at £42,750. Bear in mind a new M235i Gran Coupe might also cost £40k. Obviously that’s not a strictly fair comparison, but does go to show just how much the M6 offers for the money. Given the F10 M5 saloon now kicks off from little more than £20k, they could well get cheaper still – what bargains those M6s promise to be. MB

I see your V8, and raise you a V12. Because the Aston Martin Rapide, despite never being officially billed as a four-door coupe, is to the best of my knowledge, the only V12 option that sort-of fits the bill. Best of all, it shouts about its performance only in that typically understated Aston way, where 5.9 litres doesn’t equate to thumping performance and brash exhaust noise. It’s calm and sedate, with a clear V12 note that’s comparatively quiet. Yet there’s 470hp and 443lb ft of torque under that elongated bonnet, and enough muscle for a 5.2 second 0-62mph time.

Still, I’ve always appreciated the Rapide for its elegant ability to wear Aston’s traditional style with an extra pair of doors. Where the first Panamera looked like a 911 that had bumped its head, the Aston has always looked comfortable in its longer skin. Even if it was never the most accommodating of big saloons…

Still, no car is without compromise, and the fact that Rapides are so cheap only increases the appeal. The bottom of the pile is £35k, as it was for our Brave Pill last year – if anything, this one at just few thousand more looks an even better deal. The fact a Rapide even featured there does rather confirm the risk in a fairly old, very powerful and alluringly cheap V12 Aston, but then fortune never favoured the meek. Some might have the temerity to suggest this is a bit of a dinosaur compared to more modern machinery – but I much prefer timeless. Honestly, how much more four-door opulence do you really need? SS

The M6 Gran Coupe and Rapide are the obvious choices here. They’re both an eyeful – and an earful, too, for that matter. But why stray so far from the tree? The original CLS was astonishingly good looking. Few cars can genuinely claim to have launched a segment, but it seemed like no-one had ever conceived of such a thing when Mercedes introduced the model to great acclaim in 2004.

Of course it was all about that swooping nose to stern shoulder line and plunging roof. The latter made the CLS noticeably less spacious than the vast E-Class it shared its underpinnings with – but the industry swiftly discovered that people don’t mind having their head space impinged on when the car you’re in looks like a prone supermodel.

Pick of the bunch is arguably the CLS 63 AMG that appeared in 2006, the manufacturer’s latest V8 providing a thuggish 6.2-litre hand to fit inside the velvet glove. But there isn’t one for sale on PH at the moment – and you could persuasively suggest that the supercharged 5.4-litre unit aboard the earlier CLS 55 AMG was a better fit for the car’s urbanite aesthetic. It had more torque after all, attached to a proper automatic.

Here’s a private example that appears to have been lavished with TLC in recent years. It’s just ticked over onto 80k, has enjoyed regular services, including E-grade maintenance in February and is available for less than £13k. ‘Goes like a rocket’ is the current owner’s verdict – which is likely true. More importantly, it looks like it goes like a rocket, too. Which is the four-door coupe in a nutshell. NC