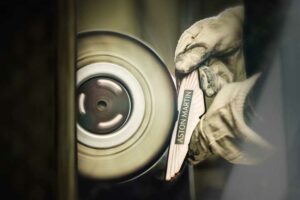 £654m funding raise is now complete, with a little help from China

Back in July Aston Martin announced a plan to raise £653m to help with model development and deal with some debt. Or ‘meaningfully deleverage its balance sheet’, in finance talk. Encouragingly, the equity capital raise has already been successful, less than three months after it was announced.

According to Aston Martin the amount raised is now £654m, from Mercedes-Benz, the Yew Tree Consortium and Saudi Arabia’s Public Investment Fund. But the most notable detail of today’s announcement is the involvement of Geely Holding. The Chinese company that already owns majority stakes in Volvo, Lotus and Polestar is now a shareholder in Aston Martin. Which feels pretty significant, given its influence elsewhere.

Geely’s role in proceedings is reserved for the last line of the press release. “Finally, I would like to welcome Geely Holding, who today have announced that they have become a shareholder”, said Lawrence Stroll. And that’s really it. For reference, the capital raise plan is going to see the Public Investment Fund become an 18.7 per cent stakeholder, with Stroll’s Yew Tree Consortium taking 19 per cent; the original plan was for Mercedes to have 9.7 per cent, though it hasn’t been indicated if that has changed yet (the provisional figures in July for the other two were lower). Geely’s stake will be a minor one at 7.6 per cent, but it shows perseverance on its part; back in July Aston had confirmed that a £1.3bn funding offer was made by Atlas Consortium, led by Morgan owners InvestIndustrial and Geely. This clearly isn’t the same kind of offer, but it does mean a foot in Gaydon’s door.

The involvement of Geely at Aston – however minor for the moment – must be good news for a brand under pressure. If not exactly similar, it’s hard not to look at the plight of Lotus for ready-made comparison. But Aston’s situation is admittedly very different to the one that faced Hethel – or Geely’s ultimate intentions for the smaller manufacturer. Where it sees its stake in the older brand going is an intriguing one for the future.

Speaking of the capital raise completion, Lawrence Stroll said: “I am delighted that we have successfully completed this transformational capital raise which significantly strengthens our financial position and enhances our pathway to becoming sustainably free cash flow positive. Along with Amedeo and the leadership team, we are fully focused on unlocking the significant shareholder value creation potential of this ultra-luxury British performance brand.

“I would like to thank our existing shareholders for their continued support in reaching this important milestone. The Yew Tree Consortium’s shareholding now stands at 19% following its full participation in the rights issue and additional investment through the capital raise. I would also like to thank Mercedes-Benz for their investment and the strong long-term partnership we have created.”